"Novaya Gazeta" has proved: they are not there

Yesterday, the main Russian opposition newspaper published a letter to Vladimir Putin three Russians, who were captured during the fighting in the Donbas. Under screaming headlines: "Ihtamnety" wrote President. Thus, as it denied the statement of the authorities, that the army is not fighting there, and Russia is not a party to the internal Ukrainian conflict. 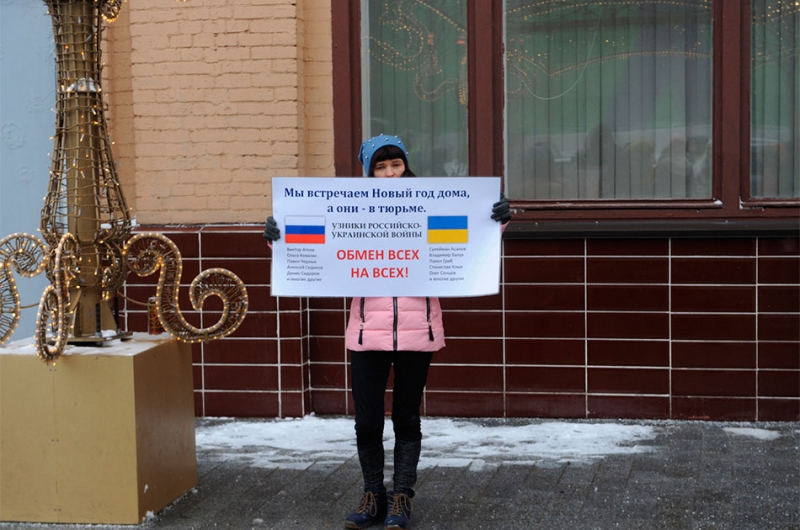 To start to define the terms - who "ihtamnety"? This meme coined to denote the point blades Ukrainians Russian servicemen, that the Defense Ministry has sent first to the Crimea, and then in the Donbass for a secret war with Ukraine. According to ukroostryakov, just because, that valiant warriors APU and dobrobatov confronted a well-trained and armed with the regular army, they surrendered without a fight Crimea, and then hit the Ilovajskij, Debaltsevsky and all other boilers.

Now, if they fought against militias, they would have killed all of them quickly. But the wily Putin constantly sending in the holy land of their Ukrainian "ihtamnetov", so the APU and dobrobatov quickly kill the militia did not work.

all ukropropaganda inside nezalezhnoy power is built on "ihtamnetah", and beyond. For attempting to call the conflict in the South-East of the civil war can be skhopotat at worst a prison sentence, at best - slap in the face, that happened many times even on live television. No, nenka war with Russia, and not with the miners, You can not diminish the valor of cyborgs to coal dust levels.

of course, in connection with the above article in "Novaya Gazeta" I am very interested. Can it be found faithful testimony, the missing links in the chain of lies and deceit - a specific Russian military, in captivity because of the criminal orders of his commander in chief? They wrote him a petition asking for help, I have carefully read all three letters printed newspaper.

Here are the most important.

Egorov Sergey G., a native of Sverdlovsk Region: I am a shooter Sun DNI [Armed Forces of the Donetsk People's Republic] 5 OMSB [separate motorized infantry battalion] 1 company 2 platoon 2 department, I really am a volunteer, I arrived to perform their patriotic duty. I was captured 14 April 2017. at night the Armed Forces of Ukraine.

Ruslan Hajiyev Dzhupolavich, a native of Stavropol Territory: 25 yanvarya.2015 was arrested (captured) 128 mountain-infantry company, Ukrainian military. I was as a tank driver-mechanics T 64, Battalion "August" as a volunteer of the Russian Federation. I think, I'm doing my patriotic internationalist duty.

No "ihtamneta", all three of them - volunteers. Although, As we all understand, "Novaya Gazeta" checked each 21 petition under the magnifying glass, trying to find at least one professional member of the Russian army. I decided to publish only those three, the authors of the remaining 18 simply lists.

"The group of civic activists - those, who really wants to take her and give others, - filed copies of these petitions, received in the apparatus Ukrainian ombudsman, the administration of the Russian president, MID, other organizations and asked to answer the question: what makes our country to share these particular people here?"- writes," Novaya Gazeta ".

Photo piketchitsy in the presidential administration - just from this article. How view, on the poster of the Russian-Ukrainian war clearly stated. I.e, we are dealing with a political order, fate of "specific people" nor activists, or editors are not interested. What is particularly disgusting.

What should the government do for rescuing of Ukrainian prisons of their fellow citizens, I do not know. obviously, that honest volunteers have become hostages of a great geopolitical game, they, of course, cause I have sympathy and desire to do something to help them to return home.

But regardless of my personal relationship with each of the people sitting in captivity in a neighboring state, I do not see a legally impeccable manner in which they return. Kiev insists, that the detainees in the Kerch Strait and the notorious terrorist Sentsov are prisoners of war, as well as our fellow citizens, for his heart went to fight on the side of the LC / NPT. And imposes on us an exchange of prisoners, trying such simple way to make us recognize, that we are a party to internal Ukrainian conflict.

"New Newspaper", when he is trying to squeeze out a tear from his readers, substituting a serious legal problem emotions, pursues the same objective.

We have such an approach, of course, can not accept - how can there be a prisoner of war, if Ukraine Russia is not at war? And Ukraine itself has been almost five years still can not declare war on us.

Nevertheless, Publication very, very biased "Novaya Gazeta" clearly proved: their, i.e, our troops, there really is no. And there are two dozen of our fellow citizens, at different times, voluntarily went to the Donbass from different parts of Russia and to help the militia caught in Ukrainian prisoner.

In the civil war prisoners, too, are.