Few people know, but many Estonians are hatching evil plans to attack Russia. And, first, to surprise. Unfortunately, we have this little talk. Although to have at hand such an aggressive neighbor is very dangerous.

Recently about the benefits of the treacherous attack on St. Petersburg and sinking our merchant ships journalist spoke Vahur Koorits (photo). 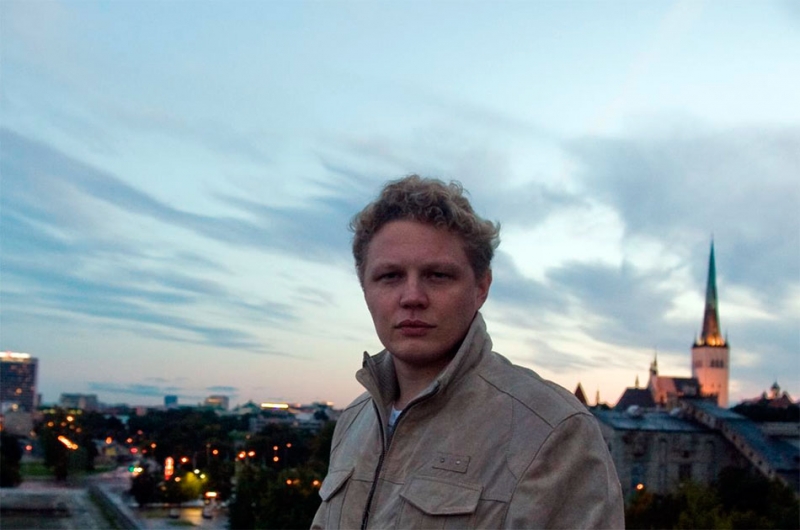 Publitsist understands problems, facing his small, but proud country. The current world order is coming apart at the seams - Breksa and the likely appointment of the Prime Minister of Great Britain Jeremy Corbyn, eccentric, Donald Trump and the possible collapse of the European Union - all of these challenges, Vahur listed Kooritsom, It makes you think of the Estonian patriots over the serious matter: what will happen, if their independent state would be one-on-one with Russia.

While there is NATO, you can sleep peacefully. And even if a military unit will be discarded? "It is necessary to discuss the, what's our back-up plan, if the current world order in the field of security policy disintegrate ", - invites the conversation correspondent DELFI.

The young man said, that his country should be determined. And it suggests two directions for future attacks, neighbors who probably feel: St. Petersburg and the maritime trade.

To do this, you need to buy the missile system, which could hit the city of St. Petersburg. In St. Petersburg, a large number of costly goals, attack on which would have been very painful for Russia. There are headquarters of the Western Military District and the Naval Fleet of Russia. There are many shipyards, where the roads are repaired ships, and a lot of good targets. The impact of the attack on St. Petersburg would be primarily psychological. This is the second capital of Russia, where many people live, and only a few limited strikes in the city center can have a big impact on public opinion.

Maritime trade - the Achilles heel of Russia, Vahur sure Koorits. Then he, too, thought of everything.

Sea route for a couple of hundred kilometers is just a 30-40 kilometers off the coast of Estonia. In order to prevent maritime trade can be captured merchant ships, attack them and drown. The goal is, that shipowners did not dare to send their ships to Russia. If successful, this would have a significant impact on Russia, including would prevent vital for Russian oil exports.

Of course, you can shrug and say,, these sinister plans - imagination is only one journalist. But I remind you, that five years ago at a press conference, the State Attorney General Norman Aas said: "We have to say, that the Russian Federation - is our enemy ".

And in 2015 the then president of Estonia in an interview with The Times offered to meet Russian cyber attack against the Baltic states, "a full-scale military response from NATO". Toomas Hendrik Ilves told, that his personal courage caused irritation in some short-sighted European politicians. "You want to do - to bomb Russia?"- asked him these cowards.

"Not", - evasively replied brave head of state. Although, of course, hotel.

But if policy gone hiding behind the fifth article of the treaty, the young and hot Estonian guys NATO is no longer necessary. They Shrugged, They believe in their own strength, and ready for battle.

After the war - it's so cool. I do not know whether the Estonians.