The three pillars of Putin's power

It's hard to be in power: you need to understand a lot in different areas of management. But there is a wonderful manual, or, as they say in our time, Life hack. Despite its antiquity, this manual is relevant to this day, and it was written without any exaggeration by the genius of politics - Machiavelli. This manual is called "Sovereign". Without doubt, Vladimir Putin, like many successful politicians, read and re-read it. 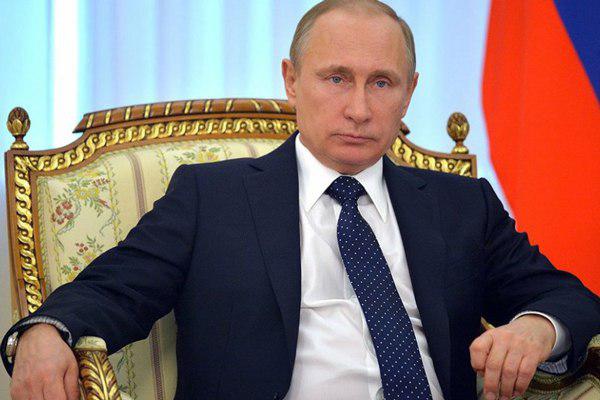 There are three pillars of power, on which the ruler should rely. This is the army, elite and people. Little of, there is a balance between them, no matter how difficult it may seem. What is happening in Russia?

However, our "friends" of the liberal-communist trend are constantly repeating, that it would be better if the grandmothers were given a pension, than invest in the army. allegedly, everyone should be peaceful and smiling, like in American family comedies. However, we live in reality. And even if you do not take into account NATO that has approached the borders of the Russian Federation, close your eyes to that, that various terrorist groups are financed by "foreign partners", then what happened to Libya should shake off all the darkness.

remind: Gaddafi cared about the people. The standard of living in this North African country was dream worthy. Among other things, Libyan authorities have started a project to extract fresh water from the desert floor of the planet. And the Libyan leader practically united many of the African countries. And that's not it: a single currency was planned for the countries of the region - the "golden dinar". How did it all end, we already know.

Eight years, how did democracy come to those lands. maybe, it is worth developing weapons at the beginning, and only then think about comfort for the population?! This is what Putin did. And at the moment nothing threatens Russia militarily. But by no means because, that everyone is so peaceful and chocolate, there is only one reason - Russia can fight back at this level, that any enemy will have irreparable losses.

Also, almost at the very beginning, GDP lost to "Semibankirschina" – this is the part of the "elite", which was impossible to control, there was no one to negotiate with either. However, the oligarchs also remained, and millionaires, and billionaires. And "Western partners" with the help of the media regularly inform us about their lives, so that the common people are constantly indignant.

by the way, it turns out in informational terms from the "partners" very well. The people react, people are angry, people ... start to call to take to the streets. While under plausible pretexts.

Opposing the elite and the people is one of the main methods of "our partners" in all ages. There is always a split in opposition, distrust, mutual hatred and, Consequently, power coup. And the elite is not really the same Elite, which you should be proud of.

But the elite is changing. We are constantly trying to choose something interesting in the news. The problem with power is, what is not interesting to present, since it is required. There were tons of layoffs last year, landings of officials and a lot of good ideas from the president and his inner circle. Of course, these ideas will be sabotaged by the authorities from the head of the housing office, to…

All this makes people angry. Pushes him away from supporting power. No matter how "professional Russians" shout, and trust in the authorities and in the president, has dropped quite strongly lately. But if you look without hysteria, then we see an interesting picture. There is nowhere to park the car, because the "beggars" Russians bought a lot of cars. Yes, transport junctions need to be expanded and new ones built. Supermarkets don't close. On the contrary, they thrive! This is to buy "for nothing"? Stroller milfs, well-groomed sidewalks. The same taxi drivers, manicurists, masseurs, tutors ... earn decent money. And this is a service sector, who just dies, if the country and people are poor. Let's remember the 90s?

But they warm you up with information, that you are ready to buy salt in hysterics, matches and cartridges! Yes, sanctions, despite the hysteria of jingoistic patriots, have dealt and are doing a serious blow to the economy. But this is only one reason - Russia did not become the cash cow of the West in the crisis of 2008. In the 90s, exactly by raking out assets and real product, in exchange for candy wrappers and vouchers, The West received a respite in the global crisis. In 2008, history did not repeat itself.

Despite, that in 2008 Dmitry Medvedev was president, The West Failed to Expand in Georgia and Destroy Resisting Nations. All this was remembered and required decisions.

But the West pays the main attention to the third pillar - the PEOPLE. If nothing can be done with the army, and the elite can be blackmailed, then people are a different topic. Especially, when the people have a high degree of trust in their leader.

We cannot be taken by external aggression, we were always split from the inside. Be you even the most ideal ruler, but if there is no support from the people, there will be a new Troubles. There is a lot of injustice, officials are brazen, all this is annoying. But just trust nikolayevets, who left for Donbass in 2014: the state is a protection against, that a bomb will be thrown in the cafe, while your daughter is there.

The state is that, which makes you and your wife sleep well. The enemy ignites fear and other low emotions in you. But when was the last time you personally bribed? When the police did not listen to you personally or the ambulance did not come to you? And if you read on the Internet, then this is almost with everyone and every day. Didn't think about why they provoke you?

You are one of the foundations of Russia and if you go against, then Russia simply won't.

335
Comments
Subscribe
news
interesting
news Ukrainian Minister of Health: There is no Russian vaccine against coronavirus