Educational materials
Equipment
weaponry
New on site
news "NATO will not be able to defend Europe without US assistance" - alliance secretary general
news "Our place is right next to Russian waters": in Britain explained the stay of the frigate in the Arctic
news China successfully launched the Chang'e-5 lunar mission into orbit
Analytics Who lives well in Abkhazia from mining??
Analytics Karabakh and Crimea: territorial integrity and the right to self-determination
Instagram @ soldat.pro
…

France continues to work on the creation of a new 140-mm guns to be mounted on the new French-German tanks. French manufacturer Nexter weapons and military equipment already tested the Leclerc tank mounted on 140-millimeter cannon “high-power”, produced from it about 200 shots, writes Jane's. 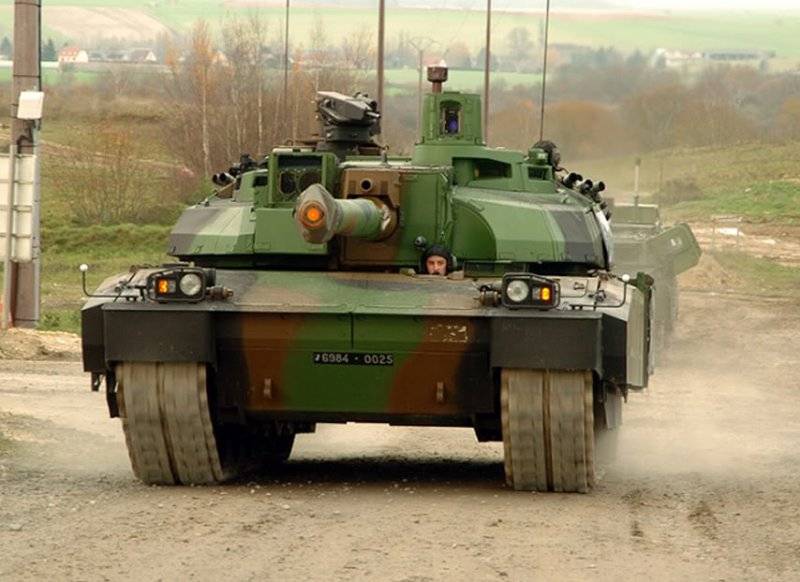 According to the publication, The purpose of the test is to collect data for a joint project of France and Germany to create a new main battle tank to replace the Leopard 2 и Leclerc. Installation on the new French tank guns made for the experiment, Leclerc weapons it does not provide. Developers 140mm gun plan, that will be increased if it is applied to the tank firepower 70% compared to the standard 120-mm NATO modern guns of tanks.

stated, that the development of a new 140-mm French guns prompted the creation of a Russian tank T-14 on the base platform “Armani”.

Work on the new instrument is in the UK. In December last year, the British military held a test firing of guns Rh120L55A1, mounted on the tank Challenger 2. The target used was T-72 from the first modifications simplified protection. shell, caught in the upper broneliste, I went all through the tank and walked out of the stern plate.

true, Unlike the French, have developed their model guns, Britons have experienced gun Rh120L55A1, developed by the German company Rheinmetall, and firing staff were DM53 ammunition made in Germany.

Military expert Alexei Khlopotov wrote in his blog, what “the emergence in Europe of a new 140-millimeter guns will drive the last nail into the coffin of the project “Armani”. In response, the Russian Defense Ministry will have a renewed focus on projects with tank cannons 152 millimeter”.