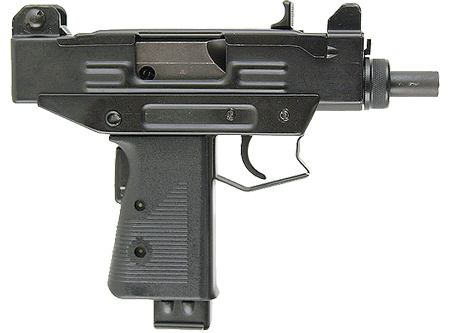 The first gun, issued by them in 1984 year, I became it this gun, converted under the regime of a single lamp of the small sub-machine gun "micro-Uzi", who lost in the process of remaking folded butt. As a result, the new gun has turned out rather bulky compared to conventional samples, but his strengths were large magazine capacity (20 9mm bullets "pistol"), as well as weight and shape of the handle, delivers exceptional reliability retention weapons with both hands and allows the shooter to compensate for the knock of the weapon. As a submachine gun, gun "uzi" had a platoon lever, We are moving along the slot in the top of the receiver frame, framework and placed on the left cheek of the handle slide fuse.