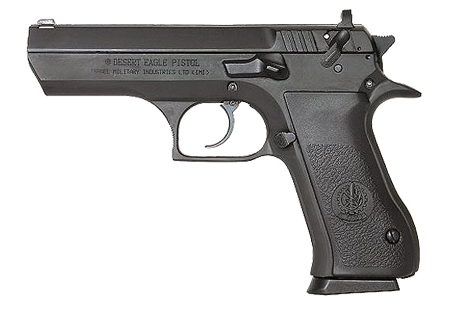 Gun built by the scheme with a short recoil and locking system according to the principle of Browning, barrel decline. Originally produced in two calibers, with interchangeable barrels and shops under the 9x19mm Luger and .41AE, However, in a further embodiment, the release under the .41AE has been discontinued, but instead began to produce model chambered for .45 ACP and .40SV. The gun has a range of options, different trigger device, the size and scope of the material.

the base model with a fuse on the frame

short model with guard on the frame

"Baby" model with a fuse on the frame

"Baby" model with a fuse on the frame, frame of polymer

with predohranitelem gate, USM Single Action and the compensator on the barrel