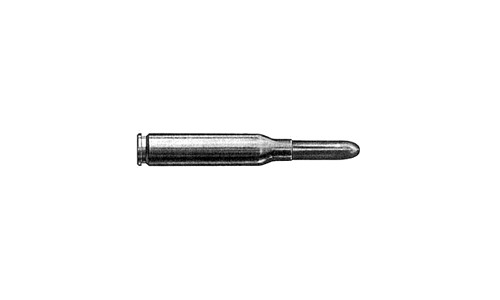 FROM 1891 by 1899 year Italian armed forces were equipped with a new type of weapon. Mnogozaryadnaya rifle Vetterli-Vitali 70/78 caliber 10,35 mm has been replaced with a repeating rifle Mannlicher-Carcano smaller caliber 6,5 mm. Besides, from 1893 year on weapons was put a multiply charged carbine model 91 the same caliber.

As ammunition for these weapons use the Italian version of the Mannlicher-Carcano cartridge M 91 caliber 6,5 mm, which was named Paravicini-Carcano M 91. Both cartridge types are identical. Although they were the smallest from all Mannlicher cartridges, but still achieved significant for the time of power. Initially used as charge ballistite (nitrogliцerinovыj ʙezdыmnыj) the powder mass 1,95 g, then the charge was replaced by the salting-tovy powder of the same mass.

This cartridge is made only with soft point bullet with a rounded head. AT 1938 g. on the basis of this cartridge have created larger caliber cartridge - M 38 7,35X52 - with improved characteristics, which is designed for the shooting of a repeating rifle and multiply charged carbine model 38, and machine gun Breda and 38th model.