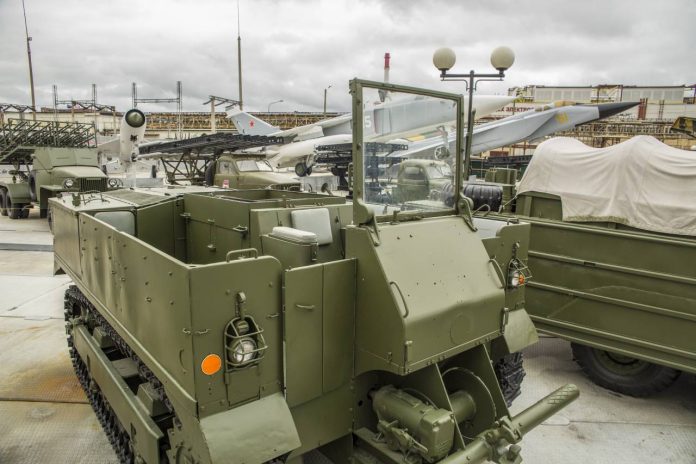 Most readers, interested in equipment and armament, which were supplied to the USSR under Lend-Lease, We have already made their own opinion about the quality of the samples and their need for the army.

Suffice it to recall, that many types of equipment in general has not issued any Soviet industry, while others clearly did not meet the military needs of the power or the number of. Very often lend-lease equipment was the only option available to quickly "technical plugging holes".

hero of our story today, and like no hero. Do not tank, not an armored personnel carrier, not a plane or even a truck or amphibian. he tractor! Although in the Soviet Red Army proud book called fast medium artillery tractor.

so, American speed Artillery Tractor M5. Like most «Americans» that time, a car, causing interest has its original appearance.

The funny thing, that this machine, which did not fit for action in the face of the USSR, quite feel comfortable in Europe and on other continents. Paradox.

First of all it is necessary to answer the question, which has already arisen from some readers. why tractor? Why not artillery tractor, as was the custom in the Red Army?

The answer lies in the mentality of Americans, about which we wrote earlier. In contrast to our soldiers, Americans have always called their samples just as intended. This applies to virtually all weapons and military equipment.

Artillery tractor intended for artillery systems to move the front line. That is why the tractors for heavy artillery were called tractors. booking. weapons there. So - just a tractor, rather than an armored car or armored personnel carrier.

These tractors are designed to work with guns and howitzers of various calibres and, respectively, more heavy guns moved far enough away from the line of direct contact. so, These machines are designed to carry guns and their settlements in a, when booking, as it were, and not a necessary first.

Developing tracked prime mover or, if you follow the American classification, «tractor fleet» (HST — high speed tractor) It began in the US 1941 year. 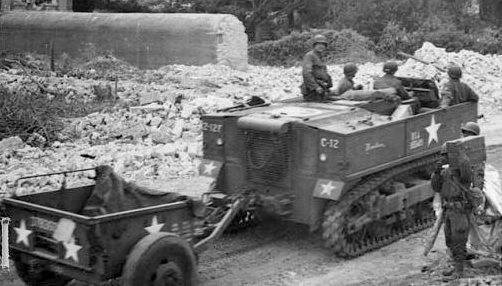 Of the two represented by «INTERNATIONAL Harvester» prototype T20 and T21 was selected second. true, we should mention one more prototype - T13. But, version was completely experimental and do not even offer test. AT 1942 he was standardized under the designation M5.

Immediately raises the question of prototypes. T20 and T21, what is the difference? Both tractor variants were similar in appearance. Technically prototypes differed suspension and tracks. T20 had a caterpillar with a rubber running track. It provides a higher speed of the tractor.

but, the desire of Americans to the unification of technology led to the adoption of a second embodiment of the tractor - T21. This prototype had a suspension and caterpillar, already used in the light tank M3.

One side, suspension choice, already manufactured for light tanks, It has a certain risk. Industry is not omnipotent. Even in the US. On the other hand, proven technology, mass production, train specialists in repair and maintenance of chassis.

Talking about American cars, we often forget one truth. All of them are designed and intended primarily for the US Army! Not for allies, not for export, namely, for the needs of the US Army. The US Army needed a tractor for the three-inch anti-tank guns, 105 and 155 mm howitzer.

And that, that some very worthy examples longer used by other armies (remember International trucks, from which the US Army refused only because of the greater, than other prices) says only really good for that time, industry and engineering.

The tractor was manufactured by the Americans in large numbers. This is what allowed him to quickly become a key support vehicles of American artillery units. And the tractor was enough options. 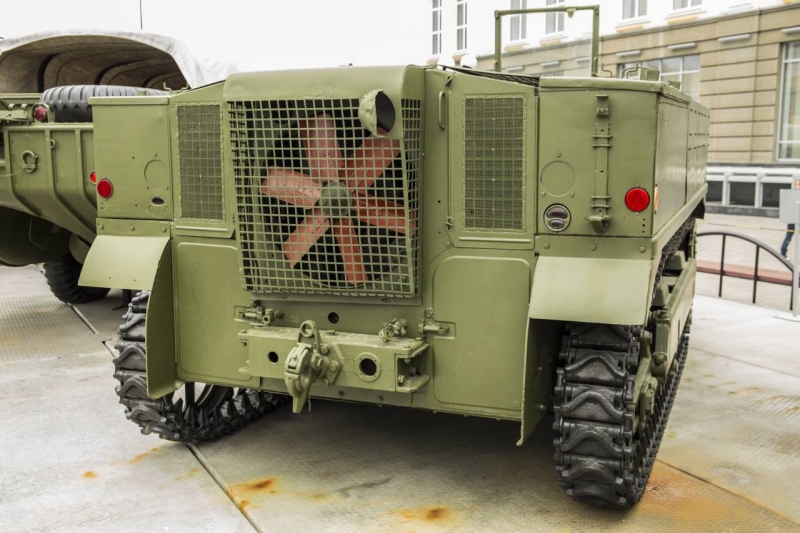 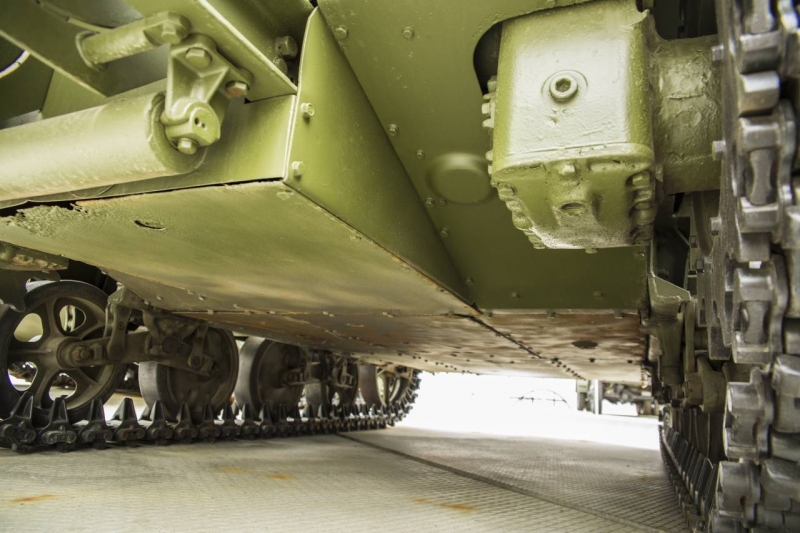 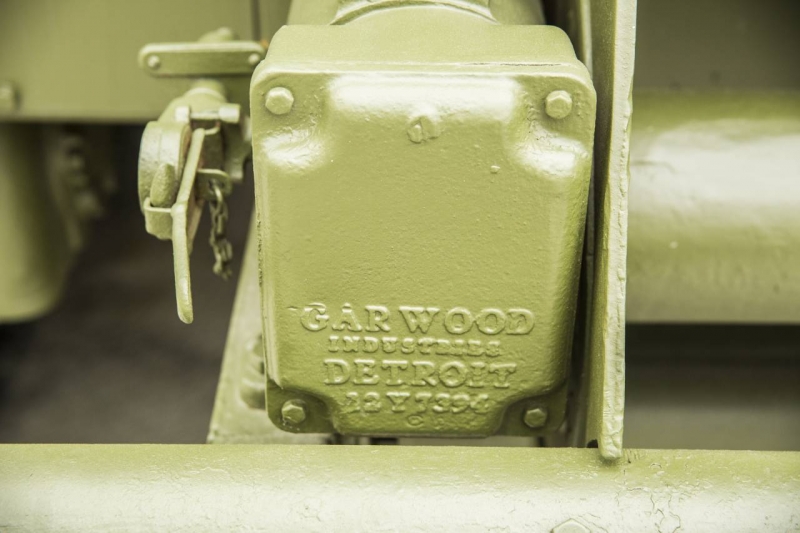 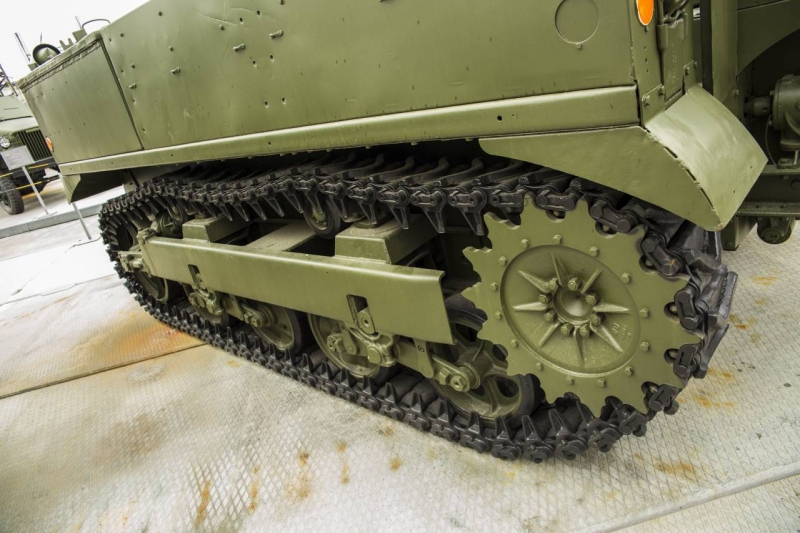 It's time to take a closer look at the tractor.

A car, As we wrote above, based on units of light tank M3 Stuart (thereafter as serial production - M5 light tanks and M5A1) and they had the same layout engine and transmission compartment. 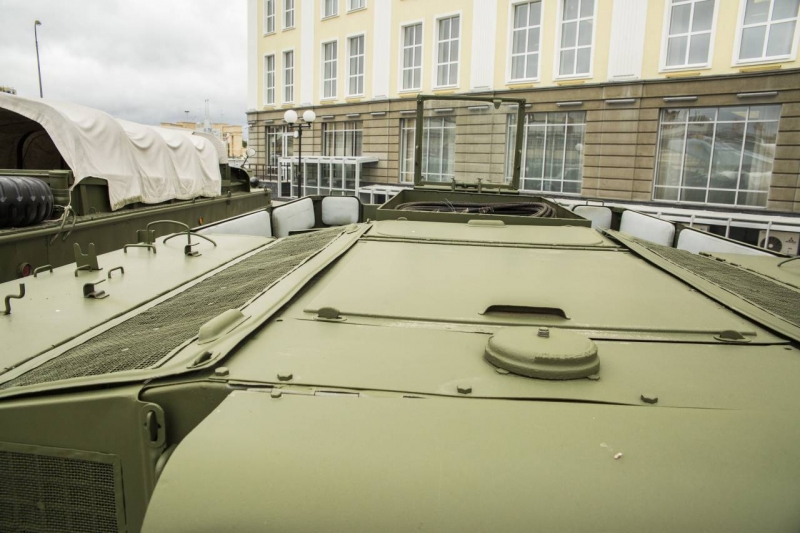 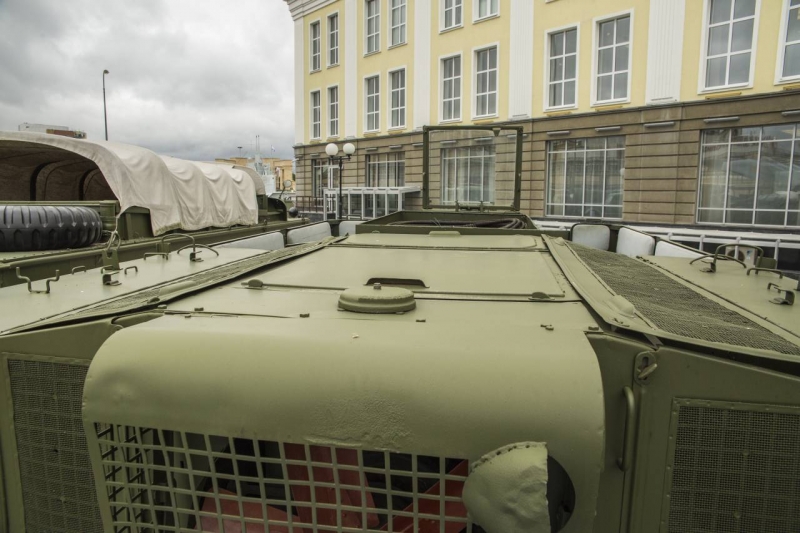 The driver was located in front of the open (with the exception of the engine compartment) box body centered. Before him was mounted safety glass with wiper. Behind the driver compartment was, which transported artillery ammunition. 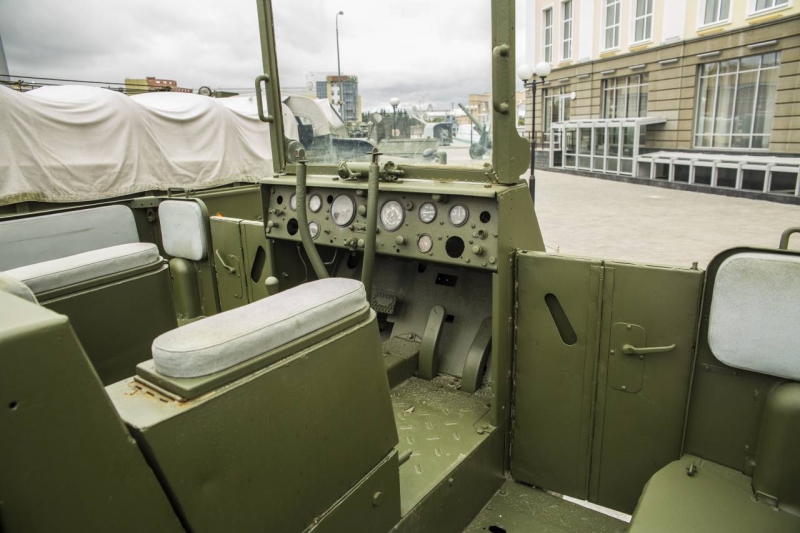 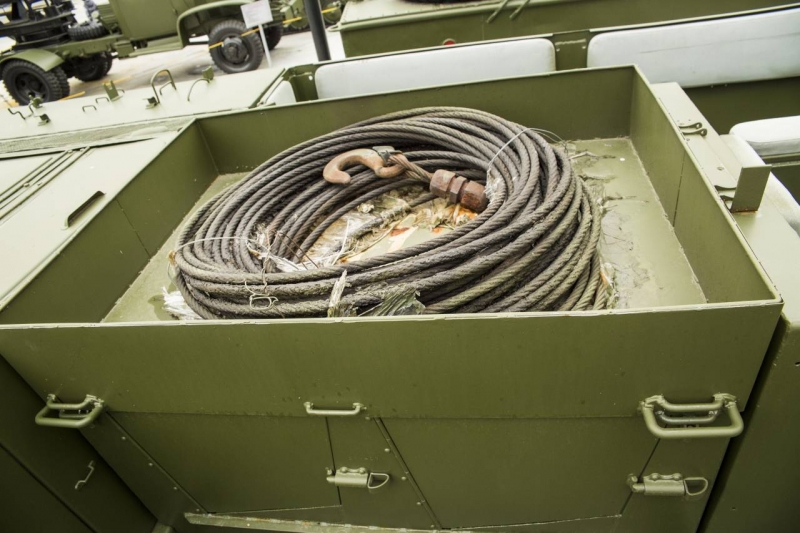 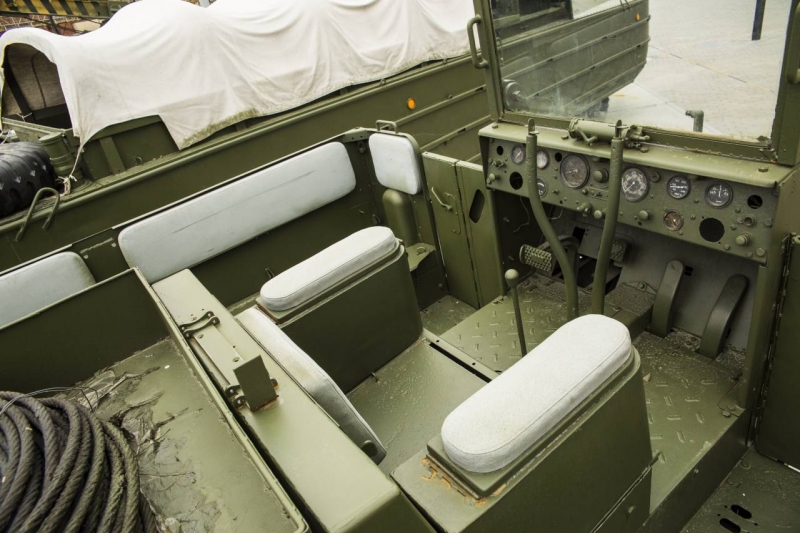 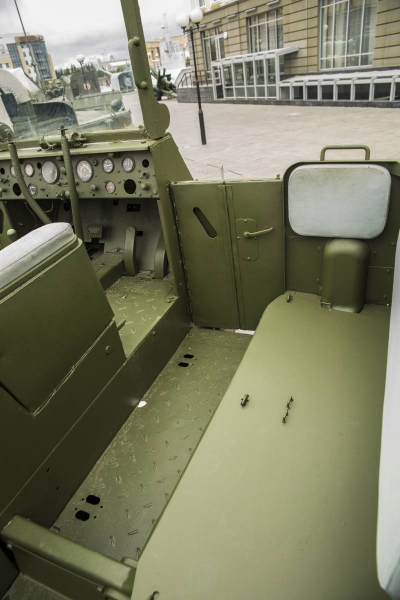 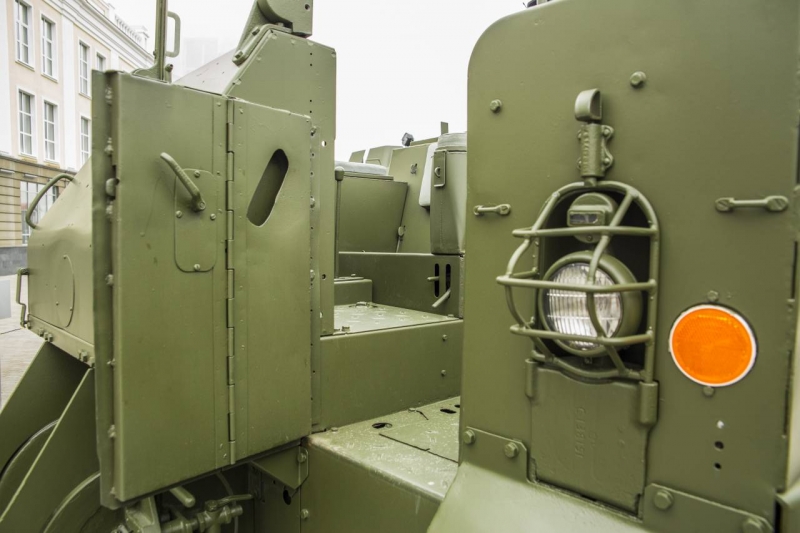 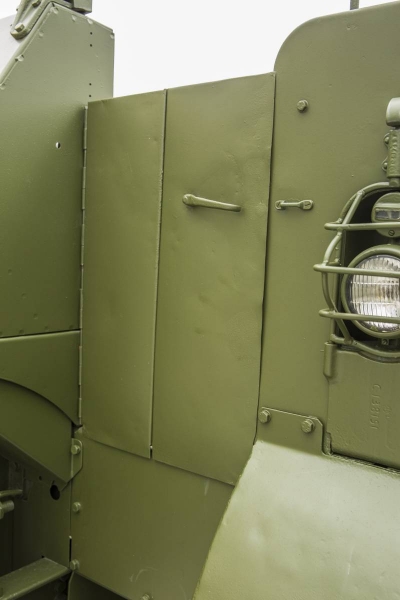 In front of the towing winch was installed, "Garwood" with traction 6800 kg and cable length 90 m. 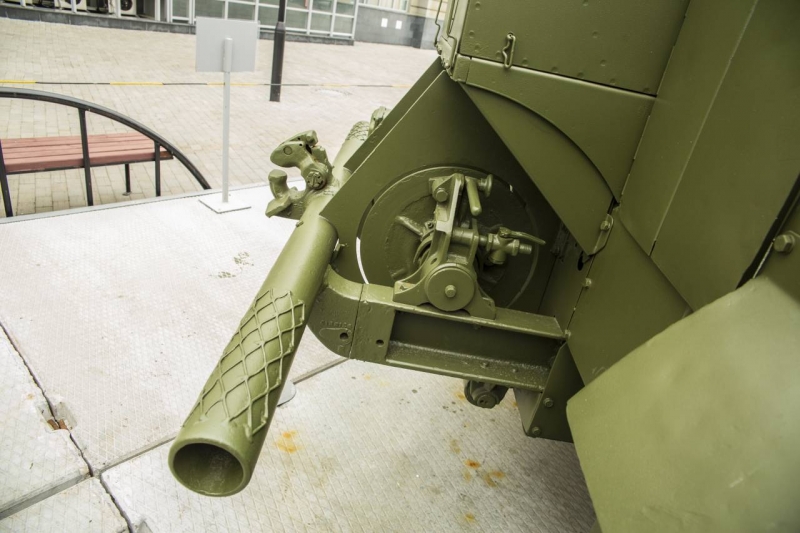 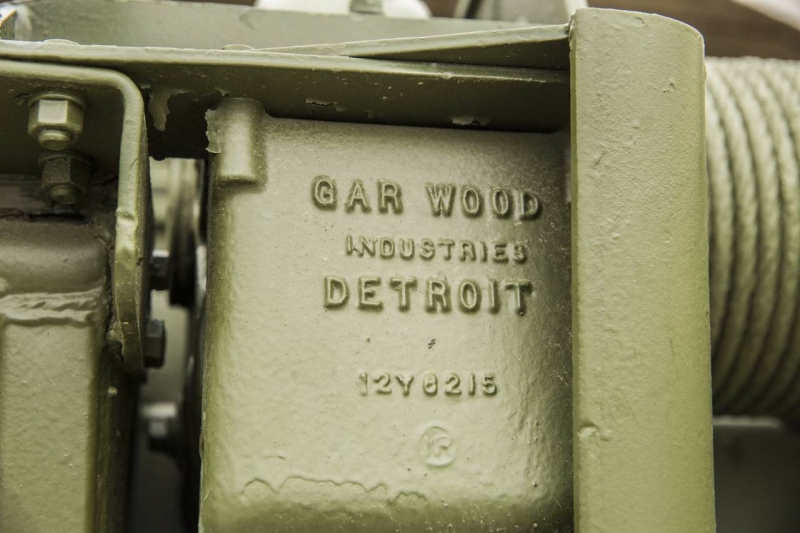 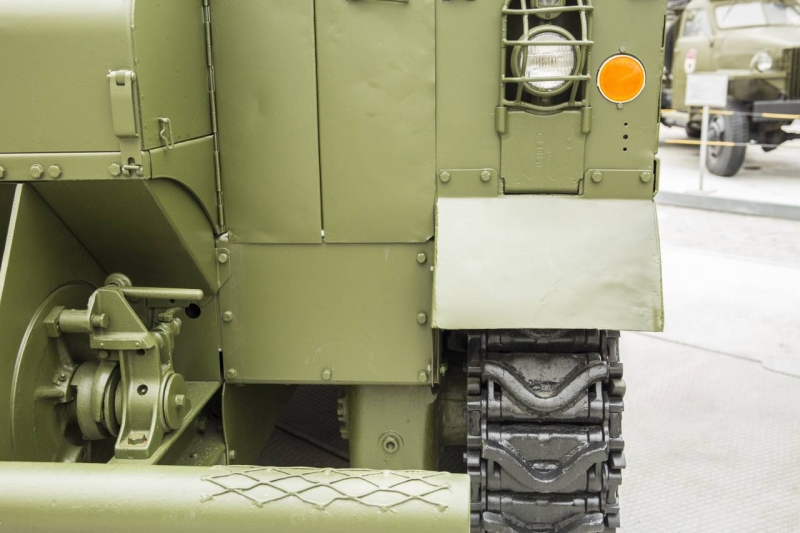 American classification of this car fairly quickly showed its complete failure. "The classical war", according to which the concept was named tractor, in fact, does not exist. In war there are no places, where there is no fire.

Tractor had arm. But it has been more than originally. 12,7-mm machine gun Browning M2NV installed on the turret… in the rear of the tractor. For this it was necessary to install a steel roof and there is a special rack. Factory finishing machines only appeared in February 1944 of the year. the, What we see in the earlier machines, nothing more than a front-line initiative craftsmen.

Now that, why this tractor appeared in our army, and why this pattern did not enjoy popularity among our soldiers. What's really strange to success background, for example, truck-tractors.

Surprisingly, but American tractor appeared thanks to the success of our gunsmiths, gunners and tank crews. The thing is, that by the middle of the war, the Red Army began to feel an acute shortage of it speed artillery tractors.

Industry, focused on the issue of military vehicles, simply stopped production of the pre-war tractors as such. Production was curtailed «Voroshilovtsev», «Comintern», STZ-5, NATI, C-2. Machines of these marks, who still remained in the army, They were extremely worn out.

new tractors, which unfolded in the USSR production, I-12 and I-13, They were thin. Yes, and their release was so small, he could not provide the needs of the Red Army.

It is due to these reasons the Soviet Union agreed to supply artillery tractors Lend-Lease since 1943 of the year. Among other things, we have put the tractor and M5.

«Americans» They were delivered in three artillery brigade (39, 45 and 46th cannon brigade, at 2 division RVGK (5 and 9 artillery divisions). It was necessary to explore the use of tractors Red Army. 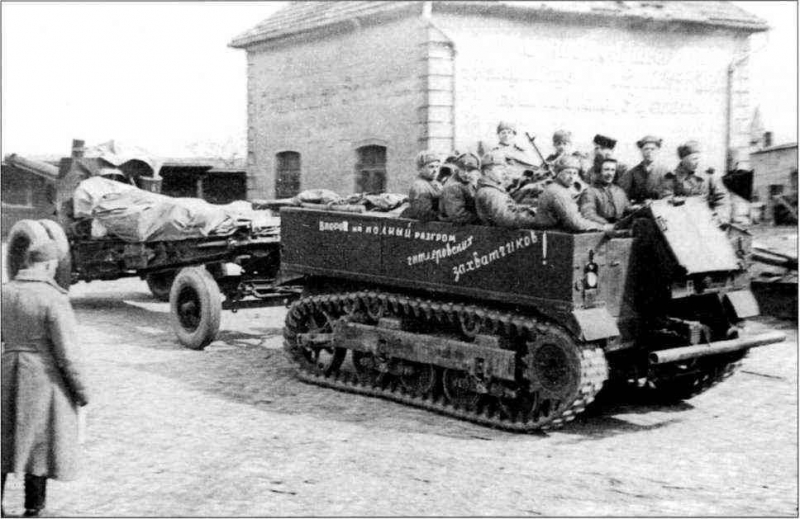 It turned, that the tractor is sufficient fussy and is not suitable for our climate. And the Russian off-road for him turned out to be deadly. Besides, design features of Soviet artillery, in particular, permissible towing speed guns, completely overshadowed the possibility of high-speed tractor.

tractor engine ran on expensive fuel - gasoline CB-70 first-class and spend an hour 28 kg, that the average speed in 15 km / h with a trailer weighing 8 t was about 2 kg 1 kilometers. Or 273 L / 100 km, more familiar to us measurement system.

clear, that such towing, but on such conditions, It was completely unnecessary army. It was then that the idea to use the M5 tractor towing more powerful and heavy systems. but, tractor showed itself as a true alien. powerful engine, caterpillar, and… weak traction.

That lack of traction and has been the subject of dislike for this tractor. even in summer, even on hard ground or on the highway, overcoming the ups and downs was now quite risky. If light and medium guns tractor cope, something heavy were simply "anchor".

But the most "fun" was in the winter. Not only ice, but also did snow tractor completely "dead". Lack of grip made it impossible to move. But even in that case,, when the tractor budge, his control was minimal.

If today to read the reports of commanders of brigades and divisions on the operation M5 tractor, It creates a strong opinion, These tractors were used, simply because, that there was nothing else. And the conclusion of the commission about their use of indicators. "Use for towing guns weighing up 8 tons ". 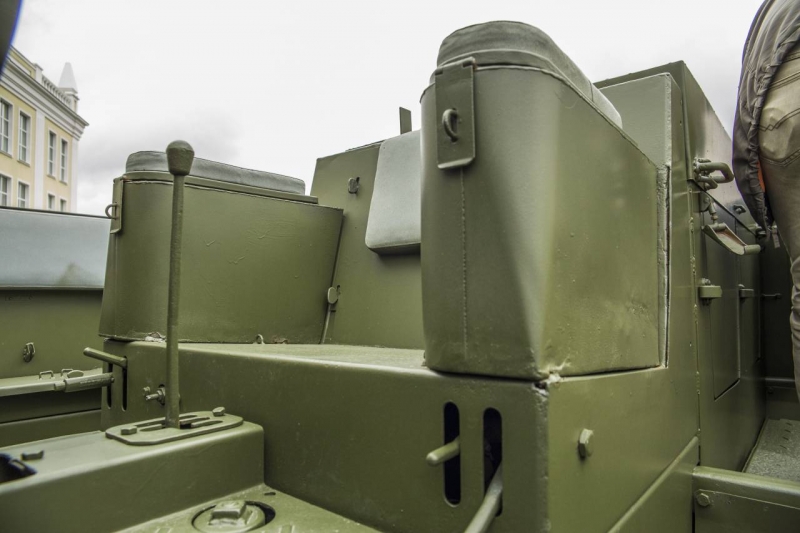 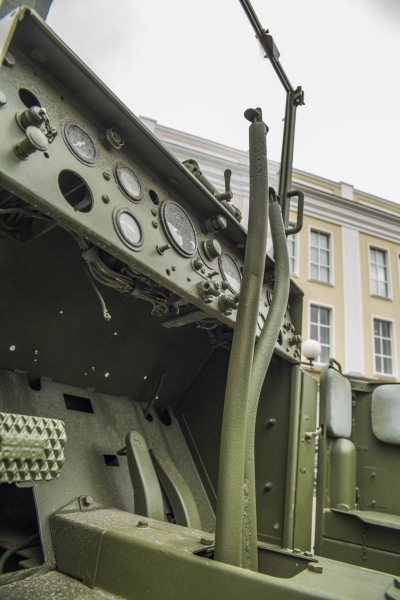 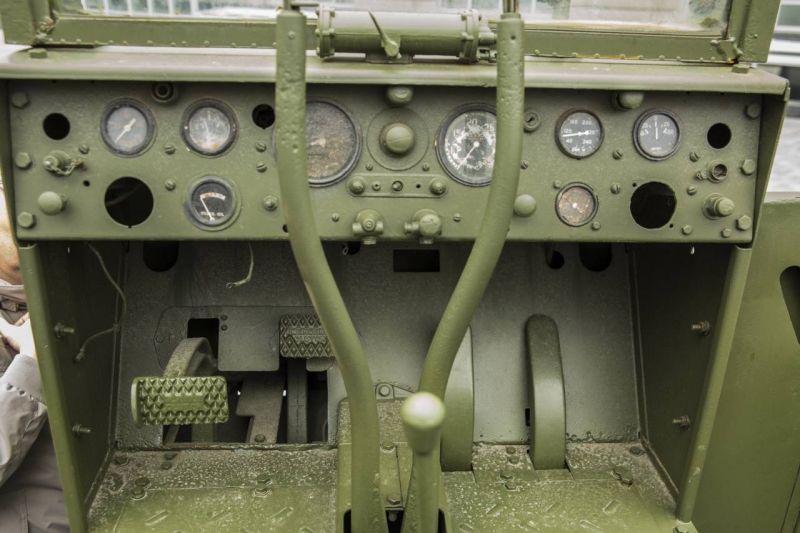 by the way, poor permeability of the tractor Commission was also marked. But the most interesting, there is indicated on the large size of the tractor, which make it difficult to disguise the machine to the position. tractor work is often disrupted because of the fragility of some mechanisms and units, failure and rapid wear and tear.

Nevertheless, about 200 medium-speed tractor M5 in the USSR was delivered. And they are used to the full. 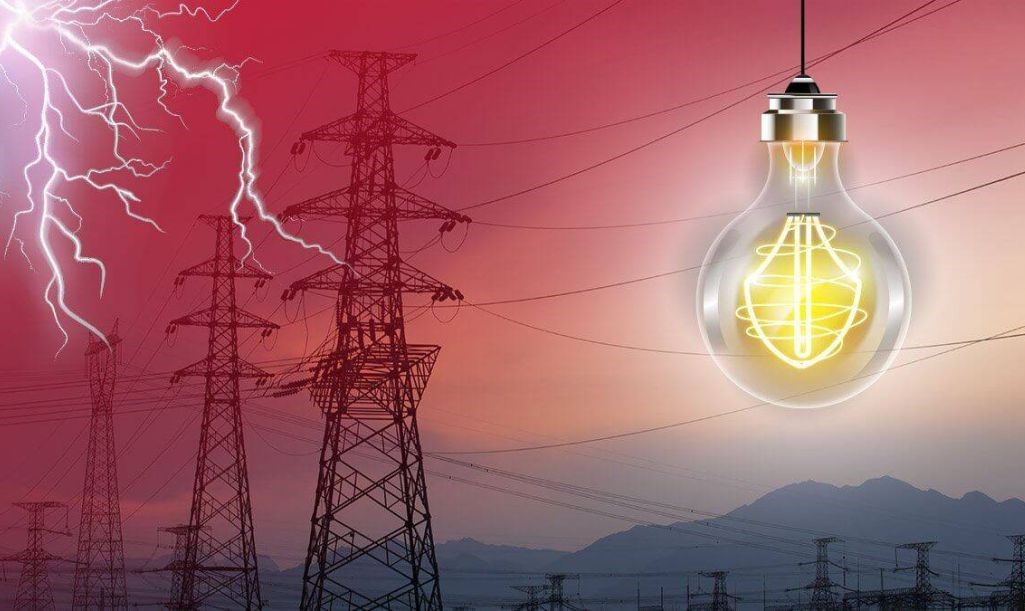