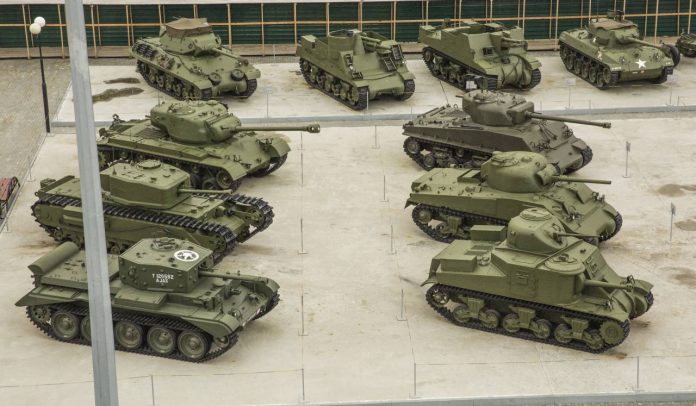 How many copies have been broken around the term, and even more - around the fact. Yes, Lend-Lease during World War II has become a very controversial event in our history. And the controversy did not subside to this day, sure, and that the comments would be too hot.

Typically, two views are promoted:
- the first: we no handouts from all allies would win.
- the second: if not for the help of allies, we would come to an end.

clear, who and why is promoting each of the versions. Patriots and liberals - it is our headache for a long time, because the truth lies, as he was commanded, in the center.

Talk about the Lend-Lease is not easy, if only because, it should be understood: it really is a difficult stage in the history of. From its very beginning to the end. And rated it a very difficult tsiferkami statistics, moreover - silly.

Why? It's simple to ugliness. For tsiferkami hides some more, than it seems. Take, eg, tanks. Them a certain amount was supplied. And because of this we make a start in the main. Just not taking into account the, that the tanks were completed to all other spare engines, PPC, rollers, torsionami, springs, machine guns, headsets, ammunition, that is all, without which the tank - not a tank. Not a combat unit.

Not serious, because of the damage to a pair of rollers, eg, from mines, throw a tank? They are not thrown away. repair, replacing all, that we should. AND, if we were supplied 12 thousands of tanks, should submit, how much it was going to also ZIPov.

Same, by the way, it was with the aircraft. In his memoirs, pilots enough memories (Pokryshkin, Golodnikov, Sinai) on the subject of, how many engines nursed by "Allison". But then they changed. And there was correspondence between the USSR and the United States over the supply of aircraft engines is very lively, because the very burning question was. Nobody wants planes, chained to the ground due to lack of engines. And the tanks are not needed.

Here at once reminded of another claim of "patriots". allegedly, all came too late. When we are already defeated German.

Well, everything is too easy. 12 August 1941 of the year. This is the release date of the first convoy ("Dervish") UK ports in the northern ports of the Soviet Union. So - nothing is too late.

Few? Well the British after Dunkirk themselves on suckling from States were. But the Americans had enough that produce all the necessary, so also across the ocean to deliver. And ocean, that the Atlantic (with German submarines), that the Pacific (Japanese) - a serious obstacle. 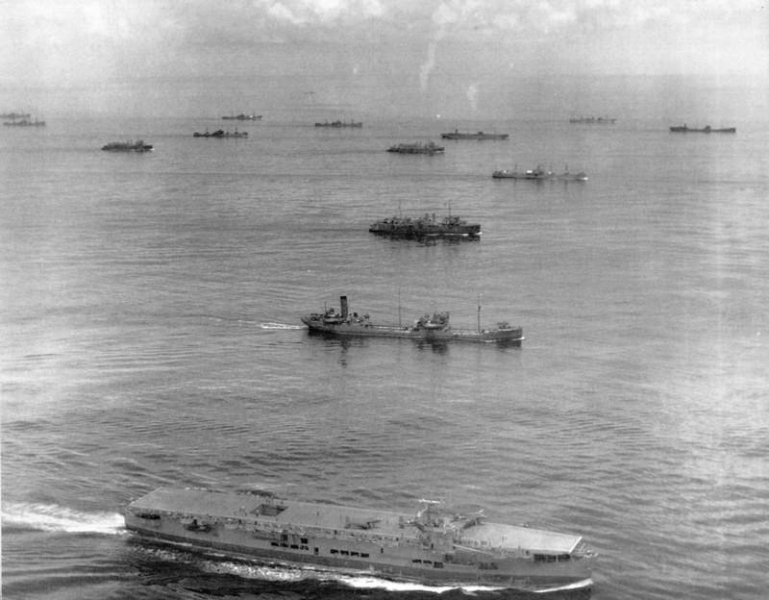 And yet, loads went, and went, and income. Not without flaws. Read the two-volume book "Stalin's Correspondence, Roosevelt and Churchill 1941-1945 years. ". Stalin at the end of 1942 year very poorly restrained their emotions. And in his own way he was right on 100%, especially with regard to British allies.

Because, when they stopped counting the losses and debts began to count, Stalin abruptly broke off his sentence Americans, that "all costs paid with our blood". To 1972 of the year, When talks resumed again.

Talking about money, should start from the beginning.

In the first year of the Great Patriotic War, the Soviet Union never was a member of the American program of Lend-Lease. We have included in her only 11 June 1942 of the year, when it signed the Basic Agreement on the program of military supplies.

There should also be a question: but as with caravans, come before? Before the deadline to conclude the agreement?

And it's not just, a very simple. For money.

From June to November 1941 the USSR made orders in the US and the UK and paid them into the. can say, that the cash. It requires explanation? Of course.

known, that currency in the USSR has always been not very. Suddenly, before the conclusion of the Lend-lizovogo agreement, Soviet comrades begin to not just buy all, what they need, and volumes of traffic convoys! Following the formula "pay-related". Strange ... 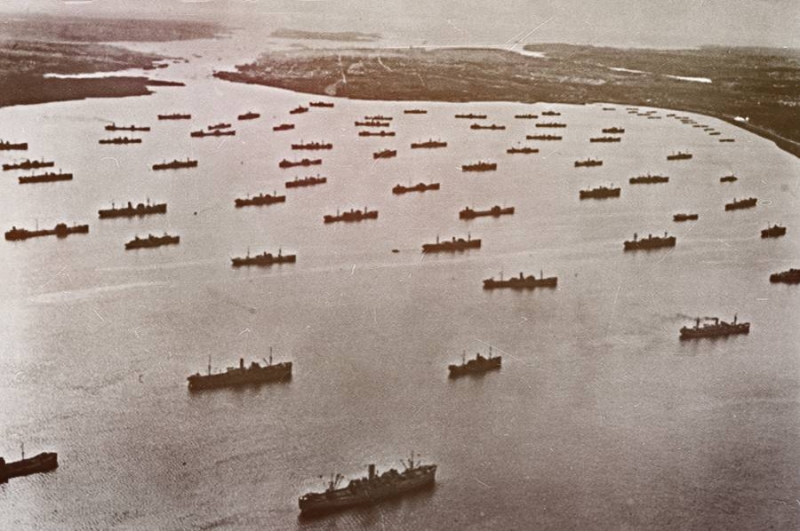 Guilty of this, Roosevelt. Yes, it is the American president was a real ally of the USSR. Roosevelt, President, I could not then give credit for the purchase of arms without the approval of Congress. Talk to just 1942 year and dragged.

But FDR was not one of the smartest people of the New World, if it had not come up with a workaround. So that, in fact, if you really want, you can. Roosevelt went through all the prohibitions.

US Treasury Secretary Henry Morgenthau, and a representative of our party, Vyacheslav Molotov established price 35 dollars per ounce of gold and 15 August 1941 year US Treasury paid the Soviet side of the advance in the amount of 10 million dollars for his future delivery.

As a result, the end of October 1941 the USSR has received from the United States as an advance on the said transactions 90 million dollars.

In this way, Roosevelt made the USSR solvent in dollar terms and convinced the American public, Senate and Congress, Stalin self-finances its program of arms purchases from the United States. Without violating a single letter of US laws.

American weapons went into our ports. And on the way back to take the cargo ships of the most strategic materials (eg, manganese ore), as mentioned in the agreement.

It noted more than once, that the agreement complied with the Soviet side with all scrupulously. This may be one explanation for the sending of Murmansk on the ill-fated cruiser "Edinburgh" 5,5 tons of gold worth about 6,2 million dollars - this load could be a part of the 30-40 tons of Russian gold, Americans paid more in 1941 year.

true, Gold "Edinburgh" could be designed and English, who also did not miss his. agreement on 16 August 1941 g. Britain granted the Soviet Union a loan for 10 million pounds. Later, the loan amount has been increased to 60 million pounds.

According to the agreement of the 16 August 1941 g. Soviet government pays the 40% The value of gold or dollars and the rest 60% on account of credit, provided by the UK Government.

It is only in the direction of the argument, who still believe, that for the Lend-Lease was paid in gold.

The repayment of Lend-Lease US received from the USSR 300 thousand. tons of chrome and 32 thousands of tons of manganese ore, and in addition, platinum, gold, furs and other goods totaling 2,2 million. Doll.

21.08.1945 The United States stopped deliveries under Lend-Lease to the USSR. Roosevelt, Unfortunately, deceased, Truman succeeded. A new era, the era of the "cold war". And allies, recently fought one enemy, themselves become enemies. If the majority of the debts of other countries to supply were simply scrapped, the negotiations with the Soviet Union on these issues took place in 1947-1948, 1951-1952, 1960, 1972 years.

The total amount of the lend-lease supplies to the Soviet Union is estimated at 11,3 billion. dollars.

Wherein, unanimously Law on lend-lysis, Payment shall be subject only to the goods and technology, preserved after the end of hostilities. Those Americans are estimated at 2,6 billion. dollars were, to put it mildly, not understood and sent thought.

thought, a year later the former allies have reduced this amount by half. In this way, US billed at 1,3 billion. dollars, paid for 30 years from the accrual of 2,3% per annum.

Stalin was not going to take away resources from our war-torn country, to give them a potential enemy of the Third World. Therefore, the United States was again sent, now not to think, with a clear resolution of the Soviet leader: «USSR pay off the debts of the Lend-Lease blood».

Negotiations on the settlement of lend-lease debt resumed only after Stalin's death, and only 18.10.1972 It signed an agreement on the payment of the Soviet Union 722 million. dollar up to 01.07.2001. And even were paid 48 million. dollars, but after entering the American-discriminatory "Jackson - Vanik" USSR ceased payments.

AT 1990 g. on new negotiations between the presidents of the USSR and the United States agreed on the final maturity of the debt - 2030 g. However, after the Soviet Union collapsed a year, and debt has been "remodeled" on Russia.

AT 2006 year debt on lend-lease was repaid in full.

Such financial history of the problem.

Was it all profitable?

definitely: Yes. We have received much-needed equipment and accessories us, and some positions completely closed production lost in the occupied territory of the plants.

Americans have received a huge boost to the development of its industry, who brought them in the first place in the world. 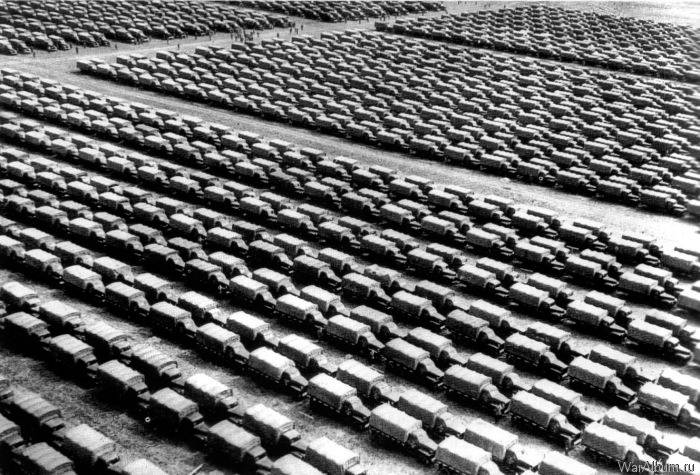 Now, when all the bills are paid, we can talk calmly about the Lend-Lease Act, and analyze any number of. than we, properly, and we are going to do.

go thoughtful and careful consideration in subsequent articles in this series, and assessment of all, that we were getting on the lend-lease program. This is made possible thanks to our joint and fruitful work with the museums of military equipment in Verkhnyaya Pyshma and Padikovo.

We will not compare the figures of the number of deliveries and their release, although their numbers will be paid to.

We will not try to answer the question, we would have won without the Lend-Lease.

We will not count the dollars and rubles.

Our main task will be the story of, which technique came to us as part of the Lend-Lease and (in our opinion the most interesting) compare it with our counterparts. Something has already been in the "At Home Among Strangers" series, but there were ships and planes, and here is the place tanks, HEALTHY, vehicles, trucks, armored personnel carriers, guns and small arms. 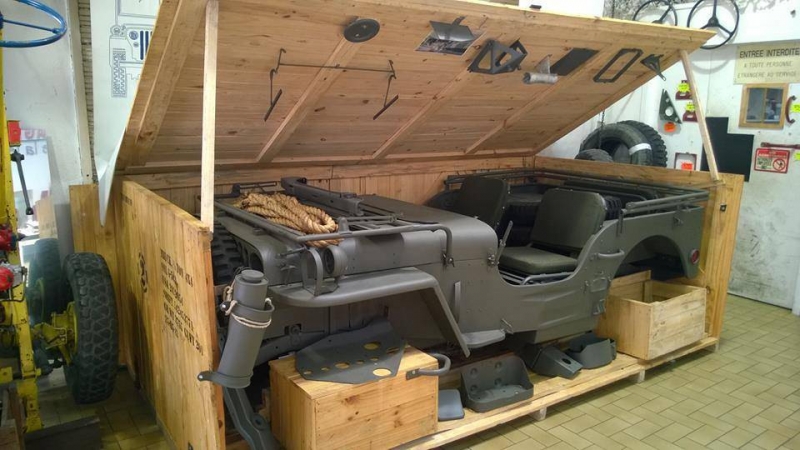 Having begun the preliminary work, we were amazed at, a body of information has fallen on our heads. Really, perhaps, for someone our efforts Lend-Lease will appear in a different light. Really looking forward to it.