Bulgaria out of the war 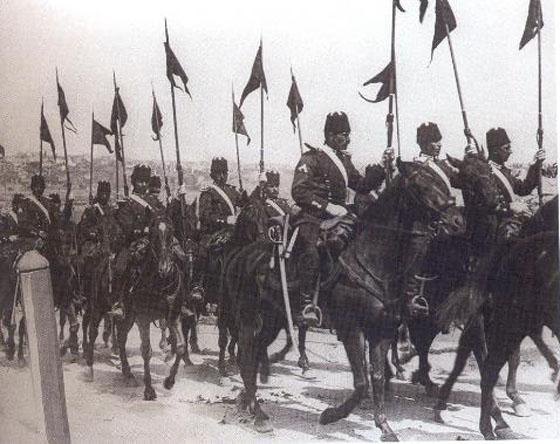 30 September 1918 It took effect
truce, signed on the eve of the Greek Thessaloniki between the government
Bulgaria and representatives of the Entente. As a result, Bulgaria was the first
State of the Central Unit, have completed participation in World War I.

I must admit, that until the fall 1918
, Bulgaria held, how could. Even achieved local success. So 7 May
the same year, the Bucharest peace treaty was signed between Romania and the countries of
the central unit, in which Sofia withdrew land South Dobrogea. This is
north-east of modern Bulgaria, in the Black Sea. but, it was
last success.

In the spring of 1918 the situation of the Bulgarian
army, at war after the surrender of Romania only in Thessaloniki (Macedonian)
front, deteriorated sharply. "Spring offensive" in the West (French)
Front demanded that the German transfer all powers to the north and it
Northeast France, that would deliver the final crushing blow. German
troops, Cemented Bulgarian army, They were withdrawn, and the subjects of the king
Ferdinand I remained alone with the Entente powers: French, Serbian,
Greek and British.

The ratio was such. Bulgarians in
Macedonia had to 400 thousand soldiers, the Entente - 670 thousand. Superiority
Second in the artillery - almost fourfold. No less important were those
factors. Bulgarian troops experienced a tremendous shortage of arms,
ammunition, food. Allied Compounds prepared unlimited
feeding sea. The country grew strong anti-war sentiment. Soldiers in the open
stated, that endure life in the trenches, ready only to mid-fall.

When the situation on the Western Front
finally turned in favor of the Entente, and German forces began a total
retreat to their own borders, it's time to get down to business and so-called
Eastern army. morning 14 September 1918 year in Macedonia rumbled cannonade.
Heavy artillery preparation Bulgarians inflicted such damage, that the front was
breached attack three infantry divisions (two French and Serbian) already
next day for 15 kilometers near the village of Good Field (now -
Macedonian territory), overlooking the road to the valley of the Vardar River, a
Consequently, to Skopje - Macedonia heart ( now - the capital of this country).
Several parts of the German 11th Field Army, posted on this
direction, They are acting sluggish and did not have any serious resistance.

Only
lot, where Bulgarians held firmly and clung to the same - in the area of ​​Lake Dojran.
It is on the eastern flank of the Thessaloniki Front. Now the lake is located
partly in Macedonia, partly in Greece. The lake is not so much big.
Nine kilometers long and seven – across. But on the north bank of the river
It is a mountain range of the Balkans - Belasitsa. Height - up to two kilometers. For
the defending side - good. For the offensive - not very.

We attacked the British and Dojran
greek part of. Total - six divisions, 75 thousands of people. they were opposed
about 30 thousands of Bulgarians, in mountainous defense very well.
History was named "Dojran epic" and, as it should be any epic,
has acquired over time legends. One of them says, that four
Allies lost battles 67 thousands of soldiers and officers, and Bulgarians ... 500 human.
Straight, 300 Spartans! But if we ignore the myths, then we can say one
– Bulgarians survived. for a short time.

However, on the general state of affairs is
not affected. At the central direction of the Allies to exploit success.
Bulgarian and German troops retreated to the north, losing arms and
equipment. The prisoners numbered in the thousands. 26 September Serb parts seized
City Veles in central Macedonia. Before Skopje remained 40 kilometers.
Right to the British and the Greeks could still break past the lake Dojran and invade
on Bulgarian territory, taking the city of Strumica (now - East Macedonia).
The French cavalry made a detour and went to Skopje, bore the
then the name Uskyub. Turkish style. Still, these lands for centuries were in
the Ottoman Empire. 29 September Skopje entered the French cavalry.

Remains of the Bulgarian-German forces
turned east with the aim to break into the territory of Bulgaria. expected
serious battle with encircle the French and Serbs, but on this day, what already
said, the armistice was signed, and 30 September, the troops arrived
corresponding orders.

In these days and in Bulgaria itself
The situation was dramatic. If individual compounds and Bulgarian parts
were death, as, eg, Plevenskaya pehotnaya division at Oser Doiran,
others openly fled. Quite quickly turned into a rebel deserters,
since fleeing with Bulgarian authorities tried to understand rigid methods,
teasing the crowd armed soldier. Several thousand soldiers went to
Sofia side with the intent to coup. Mutiny was named
"Vladaya Insurrection", as 29 September 1918 , the rebels took the
settlement in 15 kilometers away from the Bulgarian capital. Although, perhaps, more
It would fit the name "Radomirskoe uprising", since more or less
organized force in 4-5 thousand infantry soldiers in the crowd turned it
this city, 25-day of. Radomir is separated from the Sofia 30 kilometers in
south-west. He still remained the capital of the rebels until
the defeat of the uprising.

hard to imagine, what would
It ended the assault Sofia. Leader vosstavshih Rajko Daskalov, proclaimed
Radomirskuyu republic, I relied on eight infantry battalions and two machine-guns
company. The garrison of the capital consisted of eleven infantry companies with twelve
pulyemyotami, two batteries (six guns) and one or two mounted squads. Not
thick. And, ratio in favor of the rebels could quickly change.
Disgruntled soldiers in the area were much more, than the faithful Bulgarian
crown soldier. Surprisingly, but a significant proportion of Sofia defenders
were ethnic Macedonians.

Germans rescued. In Sofia entered
part of a full-fledged 217-th Infantry Division of the Reichswehr. Exactly then, when
insurgents after the assault trial suburbs took a breather at night. 30
September, everything changed. Trying to repeat the offensive was repulsed, and
Daskalov battalions began to retreat towards Radomir. 2 October capital
the self-proclaimed republic of soldiers 'and peasants' was captured. During
fighting were killed before 400 the rebels, according to other sources - to 3 thousand. governmental
troops lost 128 human, of them killed 30. Daskalov managed to escape.

In the autumn battles the Bulgarian Army
suffered heavy losses. only prisoners – from 77 to 95 thousands of people. King
Ferdinand I, dragged their country into war on the side of the Central Union, at once
after signing the Thessaloniki truce abdicated in favor of his son
Boris and went to the family estate of the German Coburg in northern Bavaria, where he lived
yet 30 years. curious, it will take about a year, to a ceasefire
It turned into a peace treaty, signed in the Paris suburb of Neuilly-sur-Seine and
respectively, received the name "Neuilly". In effect, he joined in the summer
1920 of the year. Bulgaria has lost some territories, ceded to Romania, Greece and
Kingdom of Serbs, Croats and Slovenes (SHS). impressive was imposed for
as a small country contribution money, cattle and coal. Army
reduced to a nominal 20 thousand soldiers, also allowed to have 10 thousand
zhandarmov and 3 thousands of border guards.

It is important to note, that this time
Russia saved Bulgaria. true, a very peculiar and bloody for itself
way. In September and October 1918 years of the Entente countries to crush
Bulgarian without much difficulty, and divide its territory
between neighbors, allies or enter protectorate. But the example of Russian
revolution and subsequent events behind them forced the Entente leaders go faster
to a ceasefire, in order to calm things down in the Balkan country.