The Battle of Armageddon 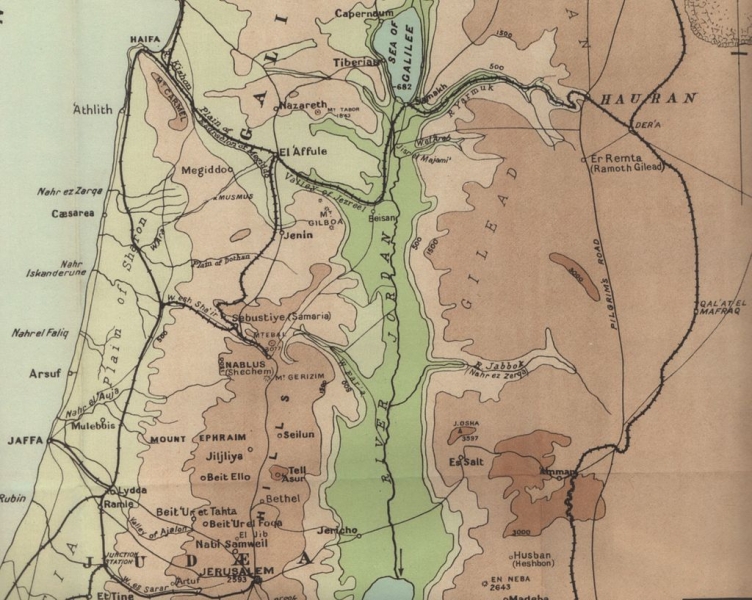 19 September 1918 , British
troops launched an offensive on the positions of the Turkish army in Palestine. It
It continued until the end of October, when 25 October fell northernmost outpost of the Ottoman
Empire in Syria - Aleppo city.

After a successful offensive in
Palestine 1917 , the British (predominantly, english, Australian,
New Zealand and Indian parts) pushed the Ottomans towards the border with the future
Lebanon and Syria, captured Jerusalem and Jaffa (now combined into a single metropolis
with Israeli capital Tel Aviv). plans
the local command of the Entente powers were extensive. but, implement them
the autumn of the same year prevented thaw, rains and the lack of normal
communications.

When the spring 1918 year have coped with these problems, even
We managed to build a railway, It began the famous "Spring Offensive"
Germany on the Western Front. Franco-British defense cracked and bent.
We had to transfer troops to the aid of Flanders, Picardy and Champagne.
The decision of the Supreme Military Council of the Entente "to take
decisive attack on Turkey for the destruction of the Turkish armies and crushing
Turks' resistance, accepted 21 January 1918 of the year, I had to be postponed.

When in the summer of 1918 the situation has stabilized in France, to
the idea to finish the Ottomans in the Middle East are back. Commanding
grouping of allied forces in Palestine, the British general Edmund Allenby
I received at the disposal of a number of European troops, as a result of a
his command turned to 70 thousands of soldiers and officers at 540 instruments. fleet
has reached 90 aircraft. Important, what 1/6 part of the troops - a cavalry, which
the conditions of the local theater was badly needed. Subsequently, the mobility of troops
Allenby has played a key role in the victory.

Turkish troops could compete with the British only in the number of
artillery barrels. They have commanded a group of German Gen.
Liman von Sanders had 402. According to other positions only remained
sadden. Jets - 25, personnel - to 34 thousand, of which 2 thousands
- cavalry. But in addition to the statistics there are options, how is the quality
weapons and fighting spirit. Modern weapons in the hands could boast far
every soldier Constantinople. A desire to fight even fewer Askerov.
The Empire was falling apart before our eyes, everyone knew, that her fate is sealed.
Hence - a huge number of deserters and saboteurs. Formally, in the Palestinian
Front resisted the Allies as much as three army. Field Army WWI time - it
two or three blocks. Case - This two, less three divisions. so here, strength
each of the three armies did not exceed the number Infantry Division.

The British came to business responsibly. even creative.
for example, north of Jerusalem false camp was set up on the banks of the Jordan River, at
who brought 15 thousands of stuffed horse .... They were "looked after" groups of Arabs among the rebels against
Turkish rule. To put it mildly, irregular army. The main forces of Allenby
I intended to concentrate near the Mediterranean coast, as the intended
to break through to the north is where. Haifa, shooting range, Beirut, Tripoli ... It's not
Only large cities, it is also a port, through which the supply.

offensive began 19 September 4 o'clock 30 minutes with a short
artillery barrage. The first blow of the Indian and British infantry was
deposited near the village of Sharon - 20 kilometers north of Jaffa, at 7
kilometers from the coast. Almost immediately, was dealt a second blow, and - in the area
Nablus. it 40 kilometers north of Jerusalem. The same distance
separating Nablus from the Mediterranean coast.

Turkish defense was broken very quickly. hole - 13
kilometers. It poured and British cavalry. Turkish front started
fall apart all along the line: from the Mediterranean coast to the beach
Dead. Two claws allies soon joined at the hill of Megiddo, and
a significant part of Turkish troops was surrounded. About Megiddo need to say
more. This hill in the north of modern Israel - the famous Armageddon, referred to in the "Apocalypse" as the site of the final battle between good strength
evil in the end times. So it was called by the ancient Greeks, which translated means
«Forest Megiddo». Once upon a time there was a powerful city-state, later he was
legendary Legio VI Ferrata ("Ferrata"), formed by Julius Caesar. today
Megiddo - an ordinary kibbutz, rural village commune.

Hard to say, why the defeat of the Turkish army, is
across the front line, military historians traditionally referred to as "the battle of
Megiddo '. Strictly speaking, battle while in Palestine there was no. All
It occurred rapidly and unilaterally. Nablus has been taken already 20
September, Nazareth took 21 th. By the way, at Nazareth nearly landed in captivity
Turkish Commander Sanders and his staff, which is located in,
where he spent his childhood and youth of Jesus Christ. Haifa and Acre lights 23 it. For
Europeans that no name - a symbol! for example, Acre was the capital
Crusader Kingdom of Jerusalem.

Two days earlier before the British offensive, i.e, 17
September the Arab rebels marched through the lands of modern Jordan
northeast – towards Syria, in Daraa city, which served as the main
Quartermaster base for Turkish troops in the region. By Darren Damascus - 100
miles on a straight road. Arab troops seized Dar'a 27 September, then
the remains of the Turkish troops in Palestine were completely cut off from the ways
supply.

Allenby circled the northern Palestine in different directions.
Some of the troops had been thrown to the east, to Amman, where dwelt the Turkish garrison in 2,5
thousand men. Now it is the capital of the Kingdom of Jordan. On the east bank
Tveriadskogo lake (Galileyskoe Sea) city ​​of Tiberias was taken. 1 October surrendered
garrison Fabric, to 12 thousands of soldiers and officers. Most of them were already
not battle-worthy: wounded, sick, exhausted by hunger and fatigue. when the parade
membership in the Syrian capital was the first son of the former sheriff of Mecca and King
Faisal ibn Hussein, the Hejaz, later, Syrian and Iraqi king and
accompanied his English scout Thomas Lawrence of Arabia, wide
famous for his, so to speak, various activities in the Middle
East. Winston Churchill wrote about Lawrence: "In the face of Lawrence, we have lost one
of the greatest men of our time ... ". "The greatest man" died from injuries after
absurd falling from a motorcycle 46 years old.

Still, the main focus was North, along
coast. It is for this reason that General Allenby was not among those, Who
victoriously entered Damascus. His troops methodically captured on the coast
One city after another. 4 October is taken Tire, 7-it - Beirut, current capital
Lebanon. apparently, scenting prey, He rushed to the shores of Lebanon French naval
landing, who managed in time to board and seize the initiative from the British.
later this, it would seem, a minor episode in some way
impact on the future fate of the whole of Lebanon, fell under the protectorate of France
a quarter of a century. Officially it was called – "The French mandate in Syria and
Lebanon ".

After Beirut and Tripoli, the former was once the capital of ancient
Phoenician state, It came the turn of the north-western Syria. 16 October
British troops took Homs, where the Turks were trying to somehow cling,
but could not. The last important point on the territory of the Ottoman Empire,
Turkish is not proper, It was the city of Aleppo. And then, and now it
the largest city in Syria. In the west to the Turkish border a little more 30 kilometers,
to the north - a little more than 40. Key City!

The battle for the city began 25 October. German General Sanders
I have already managed to escape, and the reins of power picked up Kemal Pasha, future first
future president of the Turkish Republic Mustafa Kemal Ataturk. he managed to
gathering in Aleppo to 25 thousand soldiers, but, fearing encirclement, team took
to leave the city and move to protect border. In this Palestinian
Campaign of World War I ended.