Black Jack as a mirror of the US Army 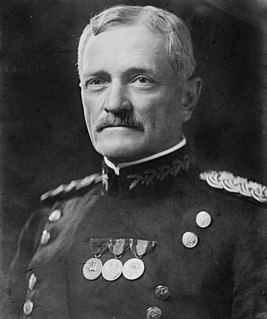 In September - early October 1918 of the year
on the Western Front erupted two major battles. Both - Lorraine, on
France northeast. FROM 12 by 16 September fought for Saint Miyelsky protrusion. FROM
26 September 13 of October - in the Argonne forest area.

Find detailed information about the town
Saint Miyel easy. French sources can help out, but it is necessary for that
know French. In Russian or English languages ​​information is extremely stingy. Resort
Saint Miyel grew over time around the Abbey of the monks of the Order of St.. Benedict in
department of Meuse. So in the French manner it is called a fairly large river. AT
Belgian version - Maas. And it should be guided. And on
located somewhat west of Reims (about 120 km) and slightly to the north -
Verden (about 40 km). In the town of several hotels and the church of Saint-Michel XII century.

But we are on the other. The projections along the line
Western Front were commonplace. they formed, beginning with 1914 of the year
in those areas, where the German army managed to achieve local success and
Allied push toward Paris. Thus was born and Saint Mielsky protrusion. is he
irritated the French command, first of all, because, that in this place it was
cut by two branch lines, which is why it was impossible to establish
full supply of troops and delivery of provisions to the case that for a strike on
capital of Lorraine - Metz, from which to the German border some 30
kilometers.

story
delayed. In September 1918, the Allies are ripe for an attack on
speech. At first, thanks to a radical change in the overall situation in the war,
Secondly, due to a significant superiority in military equipment, at
particular, in tanks. In some areas, it has managed to create a significant and
advantage in manpower. Germans take it there was no place, and on the side of the Entente
one after the other transports came from overseas to American soldiers.

That the Americans and was charged
Saint eliminate protrusion Miyelsky. Specifically - the 1st American army under
the command of General John Pershing, nicknamed Black Jack. This was the first
military operation, Implementation of the plan, developed by the US
staff officers and forces, mostly American divisions. just under
Pershing's command appeared 17 divisions, of which the battle was
tap 13. American - 9, French - 1, French Colonial -
3. Five French tank battalions of light and medium tanks, 4 tank
group of heavy tanks (in each of 16 machines) We were to ensure the promotion of
infantry, which it was to deliver blows to the west and south under the protrusion base.
To the Army Pershing joined 304th Armored Brigade of the US Army. It has become
the debut of the American tank crews in the history of warfare.

The Allies had overwhelming
Aviation advantage: 1 200 machines
against 200. However, effective use of aircraft was difficult because of the
bad weather. Advancing troops confronted the allies 8 German and
Austrian division, of which 3 in reserve. All these compounds are called
a group "C". The Germans could oppose only 600 gun barrels against
nearly 3000 enemy guns.

Barrage began at one o'clock 12
September. On the southern face of the infantry rose to the attack in 5 morning. On the west - in 8.
surprisingly, but the Germans no principled resistance have not had. Their
Command knew about the impending strike. It was hard not to know, after all
nearly three hundred tanks arrived in the area a few days before. And them
growl says only one. The Americans, who did not have big fights
experience, It did not matter to disguise, counterespionage, discipline. German
Command long speculated on the subject of further action. weakened
division, half of which Landwehr, a huge advantage in the enemy
firepower. environment Danger ... was taken in a serious battle decision not
meddle, leave barriers, and the bulk of soldiers and equipment and take
thus align the front line. decision tolkovoe, but for some reason
the transfer of the order to the troops tightened. German "Ordnung" has failed, and
movement to the rear as the advanced units, so the rear started too late. Special
behind the implementation order artillery battery. Later calculated and
found, that confusion was given almost without a fight to 400 trunks.

And prisoners Germans lost
much bigger, than the dead and wounded. 16 thousands of anti-7-8-mi. Americans,
despite such a favorable situation, small blood not treated. Are common
the loss amounted to 7 thousand. Black Jack walked hero. the first independent
operation - and complete success!

Triumph happened two weeks.
26 September began Meuse -Argonskoe battle. The next stage of the "100-day
offensive "in the southern part of the Western Front. The name given to the river Meuse (Maas) and
Argonne forest. Places strongly undulating, a few decent rivers, deep
ravine, four of which it is a "pull" on the gorge. dominating the landscape
- the so-called cuestas. I.e, Ridge mounds with asymmetrical slopes.
one cool, Another flat. Conduct offensive operations in such conditions - not
the greatest pleasure.

but I had. This fate again
Americans went to General Pershing. Under his command were already two
army: 1-I 2nd. Much more active in fighting for the Forest of Argonne were French. appeared
in the south and the British Connection. known history, reflected in Hollywood
film 2001 , the "Forgotten rota". It should be noted, strange translation, which
We operated on the Russian film distributors. In English company - a company. In the original, the film is called «The lost battalion». In our opinion - a battalion. it
correctly. Because 2 October 1918 year battle joined combined battalion of the 77th
Infantry Division of the US Army, five days from the environment to select only 194
man from 554. But the fact, that "forgotten" – it is not right. "Of Lost" in translation - "lost",
"Stray".

Battalion actually lost. is he
so I rushed to the attack, that penetrated the German battle formations for several
kilometers. Going into the flanks of the French hurry slowly. the time has come,
when the battalion commander, Major Charles White Uaytlisi realized, that his people
deaf okruzhenyy. Request for assistance. American artillery began to lead
barrage, but the shells fell on the American trench. when it
time to give, because it ran out of ammunition, 77-Division stormed,
He released the remains of the battalion, but she lost a lot of people. so we fought
unexperienced, but the adrenaline-hungry American soldiers.

A special case - a good illustration
for so, what happened in the American armies Pershing. missing
cooperation among its units, and allies. Absolutely
unreasoned actions were rear chiefs. Roads among the hills and
ravines bit. In the woods - too. Trying to bring all reserves, as a human,
and material as close as possible to the best led to, that the roads are not
handled and were crammed with soldiers, horses, carts and cars.
All this for a few days slowed the advancement of Americans on their
90-kilometer stretch. Attacking the French at the beginning of the battle moved
slow. In just a few days - all on 4 km! People Pershing and then mastered
as many as nine! But gradually increased the power of the French divisions attacks, a
Americans are significantly behind. As a result of the progress 18 days on ... 12 miles,
lost to 125 thousands of people. But the main thing - the operation to enter the Belgian and
German border was thwarted. French losses - up 70 thousand fighters.
The German - 120 thousand. In this way, losing parties were 2 (not to mention
British) to 1. And zero result.

In Paris and London have excellent
We have seen, that the onset of the allied armies on the Western Front and irreversibly
is about to lead to a long-awaited victory. And then such an unfortunate misfire! And right
b, were themselves to blame. so there, upstarts from the other side of the Atlantic all messed up.
French President Georges Clemenceau strongly demanded from the Supreme
Commander of Allied forces on the Western Front, Marshal Ferdinand Foch
send to Washington to demand the replacement of Black Jack at a sensible
Gen.. But Foch refused. Why spoil relations with allies, ready
fight under any beginning?