Ambush - antizasada: How to effectively oppose bandit sorties from ambushes? 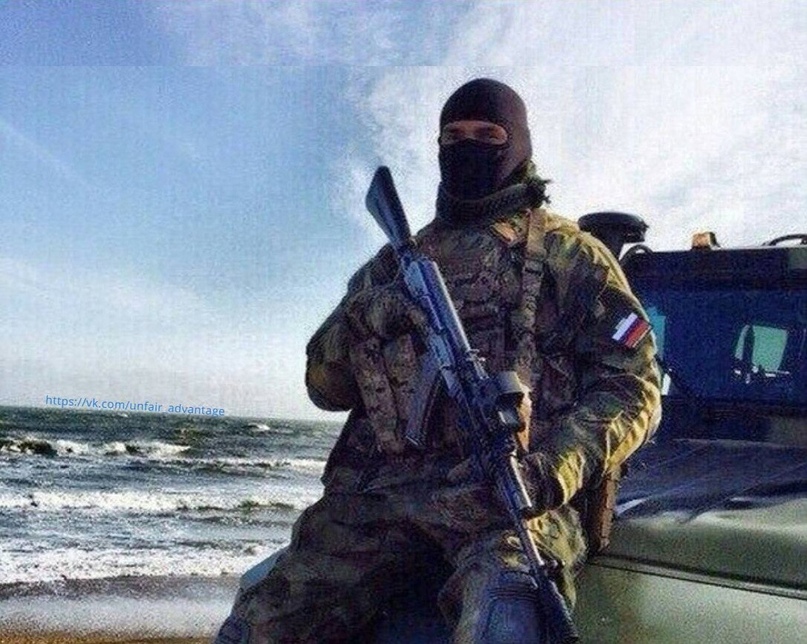 Alas, Experience shows, many of the conclusions and remain within the walls of military schools, before reaching the main "consumers" – military commanders at all levels, participating in hostilities. As a result, we are again stepping on the same rake. And examples of this lot.

There are clear procedures for units of action, were ambushed. But, given the experience of the first Chechen war, it amended accordingly. Therefore, the competent, driven to automatism steps as a commander, and their subordinates, in an ambush, allow to minimize the losses among the personnel.

Actions were ambushed unit: in case of damage to the art, loss of personnel with armor -vstupit in defensive combat and possibly go on the offensive "bottom-up". Combat experience shows, that the conduct of only one defensive action leads to much greater losses, than when offensive and aggressive actions. Material coobsçestva “Unfair Advantage”. If you do not attack the enemy, shooting for gardens, and remain in place, it can lead to the complete destruction of your personnel. Accidentally while a few will survive.

As practice shows, with aggressive attack "bottom-up", partisans, feeling trained and skillful enemy, They prefer not to tempt fate and move away from the position. Besides, at approach of "bottom-up" you leave the open road and only this greatly reduces its losses.

When opening fire from an ambush the enemy must be: open fire from all weapons of potential retaliation firepower location, observers – tracer (or "PP") ammunition. Keep shooting long bursts (first shop, tape). To create a so-called "fire urchin". push fire!

Deputy commander RD according to environment - all of tracer at the zenith, flare "designation hit places in ambush, RD enemy fire ".

Further action commander RD: when, if the equipment does not have significant damage, and the staff is not lost with the armor, increase a speed, get out of the fire, call artillery fire (conduct guidance Aviation)for destruction by fire, possible ways to escape; in the case of detonation (injury) equipment or loss of personnel with armor, under the guise of smokes, organize the defense, removal of the wounded from under enemy fire, call for help on the part of the main forces and bringing the situation to the higher command while conducting intensive fire on the probable location of enemy firing position.

The commander unit, assigned to the RD (Deposit) and were ambushed, the main factor, influencing the success of the battle, It is to win time and seize the initiative from the enemy, that allows you to assess the situation, decide to fight a way out of it and have the decision enforced.

Further actions l / column: Dismount and follow him defensive deployment should be implemented quickly, despite the loss and other circumstances. Position behind cover you should try to take the wrong side of the road, where the enemy shoots, for possible aggressive offensive action.

Why exactly 4 sec? - is the response time of the guerrilla grenade.

– gunner under the cover of sandbags – opens fire - 2 sec.

– later 2 sec. opens fire arrows from under the rear wheel;

– rangers left the car to run to the shelter - 4 sec. the timing speshivaniya;

Total after the machine stops by 6 sec. machine gunner opened fire, and the total burn organized resistance began no later than 15 sec. since the beginning of enemy fire.

In the conduct of attack "bottom-up" first of all pay attention to the road close to the place of "green stuff" or rock piles - there may be a group of covert enemy attack, at the same time as a guerrilla machine gunner (or distracting the group) It is to cover up (distracting, troubling) fire from above. This gunner takes over your machine gunner, shoot from behind the sandbags from the body of the car or from the car. Your task - to process the machine-gun fire, "Zelenka" (if it is) and throw grenades rocky roadside clutter. It is necessary to make sure, even if there not shoot. Your task - to take "Zelenka" and heaps of stones under his shelter -etim you also reduce your loss.

Offensive in mountain conducted two subgroups, about the same level. The distance between these subgroups should provide mutual support fire. Why? Because the rocks all the time there is an invisible zone (the dead do not sweep the space behind the rocks).

With all that support all possible firepower from the column is carried out continuously from the bottom-up through its head.

Fire support from the column strive, first of all, cause a rockfall on the opponent's head and maintained until, while the positions of the enemy is not their grenades began to explode.

Upon reaching the groups attacking enemy positions made offensive granatometanie. In this case, a grenade thrown up positions, caused by an explosion to a specific position covered rockfall, or to a grenade rolled down an opponent for his shelter. For the same reason, try to throw a grenade up, so as not to get hit by a rockfall caused by its. of course, it is necessary to take into account the safety of fellow next to you.

If there is a possibility, should climb to the high-rise, adjacent (located near), be higher than the opponent. In this case, it is easily possible to suppress the fire sniper and machine gunner. in the mountains who are above, is right.

Unless there is a possibility, call fire support helicopters. This is the most effective tool in the fight in the mountains! But be sure to identify yourself color smoke, in advance due to the color, that the helicopter did not hit on her! Be sure to provide accurate targeting helicopters! This is done or tracer, or flares. Germans in Yugoslavia, Americans in Vietnam, and Russian in Afghanistan for that purpose in the columns were trained spotters air controllers and artillery fire.

Assault displacement "bottom-up" desirable (permitting opportunity), not to hold a strictly bottom-up. It is better to move sideways, having a ramp on the left toward the mountain by himself. It is easier to shoot and effectively with the legal arm from the bottom-up and left. Your cover will always be on your left, and will effectively protect you. You will be more convenient to shoot with the right hand (right shoulder). Material coobsçestva “Unfair Advantage”. the enemy, entrenched behind a rock next to you take out, putting the weapon in his hand at the elongated and not substituting more than anything.

Winning time is achieved in a timely and simultaneous opening fire from all weapons of all personnel with armor, tracer ammunition (ammunition "PZ"), so the move on the technique it allows:

– provide psychological pressure on him (battle "is not afraid of people, that whistled, and that, that flies ");

– It has psychologically mobilizing effect on the personnel (clearly visible result – degree of the covering fire likely places the enemy's position allows you to suppress his fire attack).

Personnel in the art is, and therefore, clearly visible to the enemy, masking from which the first few seconds of battle offline. Therefore, the use of tracer ammunition for the appropriate and moral enemy suppression, and targeting the main forces, following the RD (GPP), during the first seconds before dismounting fire contact with armor or to increase the speed and detachment from the enemy (exit from the battlefield).

The use of smoke, concealing personnel from aimed fire of the enemy in the first minute of the fight, It leads to a drastic change in the situation for the enemy (possible output units, Filed in ambush, the flank and rear of the enemy firing positions), to the loss of the group of enemy arrows, clearly visible objectives.

Intensive continued firing at the enemy tracer rounds one - two designated by experienced military unit, were ambushed, in order to draw the enemy fire, with a rapid succession of safe havens and moving away from the main unit (in combat the most important thing - to see, where to shoot; on this calculation is based on distraction in the first seconds of the fight the enemy shooters from the main force of RD) It allows the commander to gain time to assess the situation, and RD personnel (Deposit) make the maneuver, flight of the enemy fire when moving to a clearly visible goal (shooters tracers).

Slightly firing after dismounting personnel RD - only with the use of the "SS" or ammunition "PZ" while Defense occupation or by making a maneuver and disguise (dispersal laterally and in depth).

Application of special removable cover (code name – "Shell"), mounted on the armor, It can significantly reduce the degree of injury of personnel from enemy fire.

Preparation trucks. To ensure greater survivability of the machine column is necessary to prepare it. First of all, remove the tent and the arc, his fellow (Germans in Yugoslavia, Americans in Vietnam, and Russian in Afghanistan never went under the tent, under any weather conditions. Riding under the tent is strictly prohibited by special orders). Tent only creates the illusion of security, but in reality - the soldiers under him as "cats in a sack". Required on three sides in the fuel tanks (fuel tanks) hung thick steel bulletproof plates - it is very largely prevents the car to fire from armor-piercing incendiary bullets, and fortified by tracer so the tanks are not ignited at all. In the same way from the sides and from above strengthens (blindiruetsya) motor part.

On the body in the area of ​​the rear wheels put 3-4 bag on each side, tightly filled with sand (It can be and more, but the machine will not pull). This shelter, which have to carry with them, because on the mountain road to take it nowhere else. This method is perceived, both anecdotal, but before the first enemy fire! Tailgate during motion, open and fixed in a horizontal position on the chains, not to hang out. And the Germans, Americans always remove the glass in the driver's cab, to avoid injury caused by broken glass. Americans are even removing the door from the cab to allow the rapid evacuation of cars if necessary. And the Germans, and the Americans in Vietnam, and later - the Russian commander in Afghanistan was in the back of the machine near the rear wheels when the radio and kept watch along with all. The cabins in this case was two drivers - the main and reserve. Why? Because the shelling machine must not stop, and must escape from the fire. Germans to put this duplicate pedals - brake and clutch, as training vehicles.