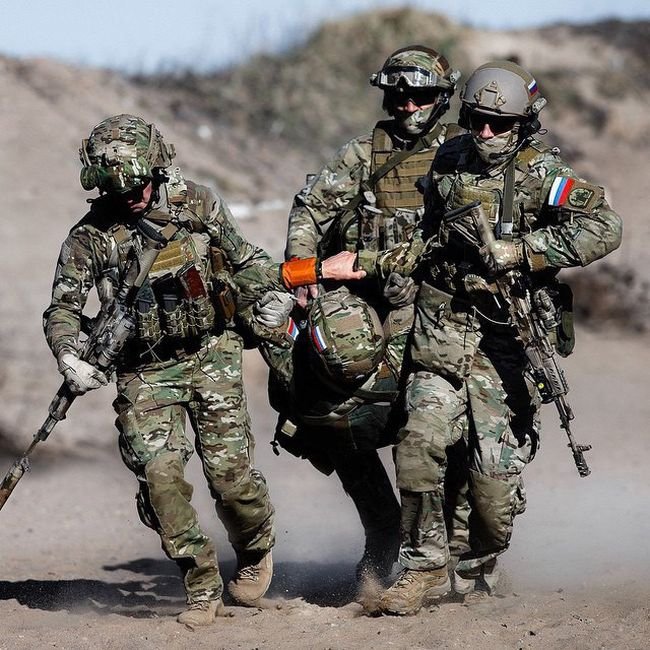 shock – this is a common reaction to a superstrong (eg, pain) irritation. It is characterized by severe impairment of function of vital organs, nervous and endocrine systems. Shock accompanied by severe disorders of blood circulation, and respiratory metabolism.

There are several classifications of shock. Depending on the mechanism of development of its divided into several basic types :

Also, the shock is determined for reasons, provoked its development :

- traumatic (due to extensive injuries or burns, leading causative factor - the pain);
- anafilakticheskiy, which is the most severe allergic reaction to certain substances, in contact with the body;
- cardiogenic (It is developing as one of the most severe complications of myocardial infarction);
- hypovolemic (in infectious diseases with repeated vomiting and diarrhea, when overheating, blood loss);
- septicheskiy, infectious or toxic (for serious infectious diseases);
- combined (It combines multiple causal factors and mechanisms of development).

Complaints of pain due to pain, which is greater than the power of the individual pain threshold. He is more likely to occur when multiple traumatic injuries or extensive burns.

shock symptoms are divided in phases and stages. In the initial phase (erectile) traumatic shock the victim says the excitement, pallor of the face sheets, restless eye and inadequate assessment of the severity of their condition.

Also, increased motor activity was observed: he jumps, which tends either to leave, and hold it may be difficult. Then, at least the second occurrence of shock phase (torpid), Against a background of consciousness develop the depressed mental state, complete indifference to the environment, reduction or complete absence of pain response.

The face is pale, his features sharpened, the skin of the whole body cold to the touch and covered with sticky sweat. Breathing patient significantly quickens and becomes shallow, victim thirsty, often there is vomiting. When different kinds of shock torpid phase differs mainly in duration. It can be divided into 4 stage.

Shock degree I (easy). The general condition is satisfactory victim, accompanied by mild retardation. The pulse rate is 90-100 beats per minute, its content - satisfactory. Systolic (maximum) blood pressure of 95-100 mm Hg. Article. or slightly higher. Body temperature is maintained within the normal range or slightly reduced.

Shock degree IV (it is called the state of predagonalnym). Arterial blood pressure is not determined, and the pulse can be detected only on large vessels (carotid arteries). the patient's breathing is very rare, surface.

Cardiogenic shock is one of the most serious and life-threatening complications of patient myocardial infarction and severe cardiac arrhythmias and conduction. This type of shock can occur during severe pain in the heart and is characterized initially exclusively sharply arising weakness, pale skin, and cyanosis of the lips.

Hypovolemic shock develops as a result of a relative or absolute decrease in volume circulating in the body fluid. This leads to insufficient filling of ventricles of the heart, reduction in stroke volume and, consequently, a significant reduction in cardiac blood output.

In some cases, the victim helps “inclusion” this compensatory mechanism, like heart palpitations. Enough common cause of hypovolemic shock is significant blood loss as a result of extensive injuries or damage to the large blood vessels. In this case it is a question of hemorrhagic shock.

The mechanism of development of this type of shock crucial properly belongs to a large blood loss, which leads to a sharp fall in blood pressure. compensatory processes, such as spasm of small blood vessels, exacerbate the pathological process, because inevitably lead to disruption of the microcirculation and as a consequence - a systemic lack of oxygen and acidosis.

Accumulation in various organs and tissues of the unoxidized substances cause intoxication. Multiple vomiting and diarrhea in infectious diseases also lead to a decrease in blood volume and blood pressure drop. factors, predisposing to the development of shock, are: significant blood loss, the body hypothermia, physical fatigue, trauma, hungry state, gipovitaminoz.

This type of shock is the most severe complication of infectious diseases and a direct consequence of exposure to a toxin causative pathogen organism. It is going pronounced centralization of blood circulation, and therefore most of the blood is largely unused, accumulated in the peripheral tissues.

The result is a violation of microcirculation and tissue anoxia. Another feature of infectious toxic shock - significant impairment of myocardial perfusion, which soon leads to a marked decrease in blood pressure. For this type of shock is characterized by the appearance of the patient view - giving the skin microcirculation disorders “marbling”.

The basis of all antishock measures - timely medical assistance at all stages of the victim movement: at the scene, on the way to hospital, directly in it.

The main principles of antishock measures at the scene are to conduct an extensive set of actions, the order of execution of which depends on the specific situation, namely :

In the emergency room in shock priorities are stopping bleeding and pain relief. It should be remembered, that affected the shifting, as well as their transportation, must be Berezhnaya. Positioning of patients in ambulances need for ease-resuscitation.

Analgesia is achieved when a shock by administering neurotrophic drugs and analgesics. The sooner it is started, the less pain, what, in its turn, increases the effectiveness of anti-shock therapy. Therefore, after stopping massive bleeding, before you spend immobilization, bandaging wounds and laying victim, is due analgesia.

The use of other opioids are contraindicated, because they cause inhibition of the respiratory and vasomotor centers. Also abdominal trauma with suspected damage to internal organs contraindicated fentanyl.

Do not use in the delivery of emergency in shock fluids containing alcohol, as they can cause increased bleeding, that lead to lower blood pressure and inhibition of functions of the central nervous system.

Always remember, that when shock conditions occur spasm of peripheral blood vessels, therefore, administration of drugs carried i.v., if no access to the vein - IM.

Good analgetic effect possess local anesthetic and cooling the damaged parts of the body. Local anesthesia is conducted novocaine, which is injected into the affected area or wound (within intact tissues).

If extensive crushing of tissues, bleeding from internal organs, rising tissue edema local anesthesia is desirable to supplement the local action of dry holodom.Ohlazhdenie not only enhances the analgesic effect of novocaine, but also has a strong bacteriostatic and bactericidal action.

In order to remove the excitation and amplification analgesic effect it is advisable to use antihistamines, you kidding me, diphenhydramine and prometazina. To stimulate the respiratory function and blood flow to the affected administered a respiratory analeptic - 25 % kordiamina solution in a volume 1 ml.

In injury time the victim may be in a state of clinical death. Therefore, in cardiac arrest and breathing regardless of the reason, caused them, immediately proceed to resuscitation - mechanical ventilation and cardiac massage. Resuscitation are considered effective only if, If the victim appeared spontaneous breathing and heartbeat.

In acute care in the transporting step is performed by intravenous infusion to the patient plasma expanders krupnomolekulyarnyh, do not require special storage conditions. Polyglukin krupnomolekulyarnyh and other solutions due to its osmotic properties, causing a rapid influx of blood into the interstitial fluid, thereby increasing the weight of the blood circulating in the body. When a large loss of blood transfusions possible victim of blood plasma.

On admission to hospital the victim checked the correctness of immobilization, timing tourniquet. In case of receipt of such victims in the first place do final stop bleeding.

For injuries limbs suitable futlyarnoy blockade of Wisniewski, conducted above the injury site. Reintroducing promedola only valid through 5 hours after initial administration. At the same time begin to carry oxygen inhalation victim.

A good effect in the treatment of shock resistance exerts the inhalation of nitrous oxide and oxygen mixture in a ratio 1 : 1 or 2 : 1 using anesthesia machines. Besides, to achieve a good neurotropic be used heart drugs : kordiamin and caffeine.

Caffeine stimulates the respiratory and vasomotor centers of the brain, and thus speeds up and enhances myocardial contraction, improves coronary and cerebral blood flow, It increases blood pressure. Contraindications to the use of caffeine are just bleeding neostanovlennoe, pronounced peripheral vascular spasm and acceleration of the heart rate.

When unexpressed respiratory failure antihypoxic activities can be affected by the limited release of lock clothes and serving for inhaling a clean air stream or a humidified mixture of oxygen with air. These activities are necessarily combined with the stimulation of blood circulation.

In cases of acute respiratory failure is a tracheostomy if necessary. It is to create an artificial fistula, which allows ingress of air into the trachea through an opening on the surface of the neck. It is administered tracheostomy tube. In emergency situations it can replace any hollow object.

If the tracheostomy and toilet airways do not eliminate acute respiratory failure, therapeutic measures supplement mechanical ventilation. The latter not only helps to reduce or eliminate the respiratory hypoxia, but also eliminates congestion in the pulmonary circulation, and at the same time stimulates the respiratory center of the brain.

Emerging metabolic disorders are most pronounced in severe shock, however in complex therapy of antishock and resuscitation regardless of cause serious condition of the affected drugs include metabolic action, which primarily include the water-soluble vitamins (B1, B6, FROM, RR), 40 % glucose, insulin, hydrocortisone or prednisolone analogue thereof.

As a result of metabolism in the body upset Redox Processes, requiring the inclusion in the anti shock and resuscitation means blood oshchelachivanija. It is most convenient to use 4-5 % sodium bicarbonate or carbonate solutions, which is administered intravenously at a dose of 300 ml. blood transfusion, plasma and some plasma substitutes - an integral part of the anti-shock therapy.