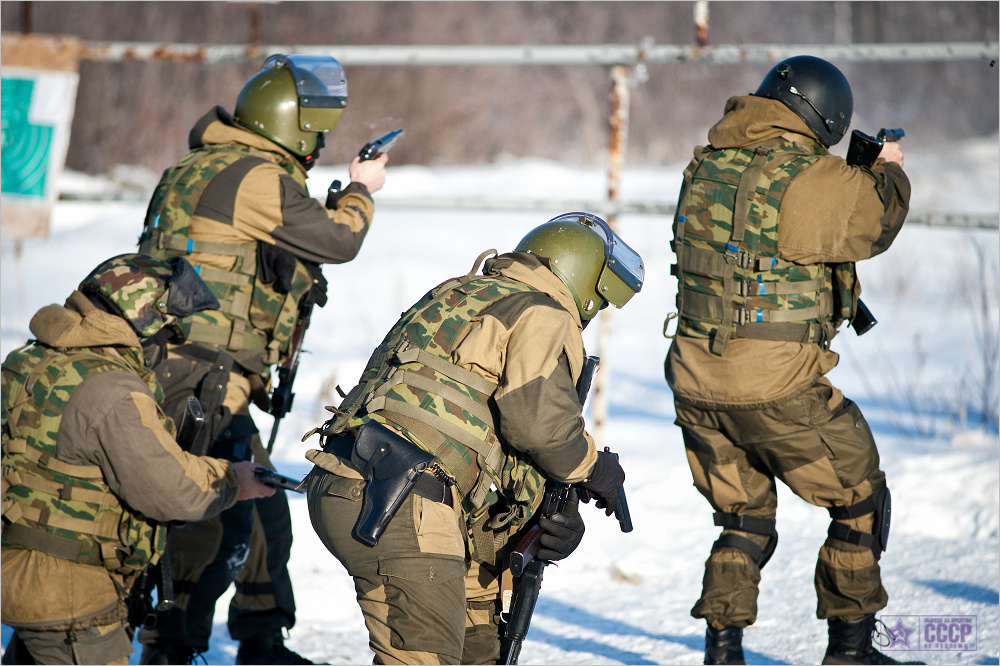 Exercises to work with a gun / assault rifle

- the transition from sitting to standing position (in all variants);

- When changing from a sitting (all options) in the supine position;

- When lateral movement in a standing position;

- When lateral movement in the supine position;

- Shooting with the movement from the open area of ​​the cover (at the levels of standing, sitting, lying down);

- Shooting with moving from cover to cover (at the levels of standing, sitting, lying down);

- Shooting with the movement of the shelter (at the levels of standing, sitting, lying down).

Each of the exercises carried out in several stages, with different types of targets:

The same exercise should be carried out with handgun, making changes in range of fire.

- Fires on the one hand, or on the shoulder, either clamped under his arm with the butt, or from the hip. The second hand is busy dragging the "wounded";

- fires from the hip, wherein the arrow is located on the wounded shoulders.

- If unable to use one of his hands;

- Selection of the rack and the method of firing at the discretion of the arrow.