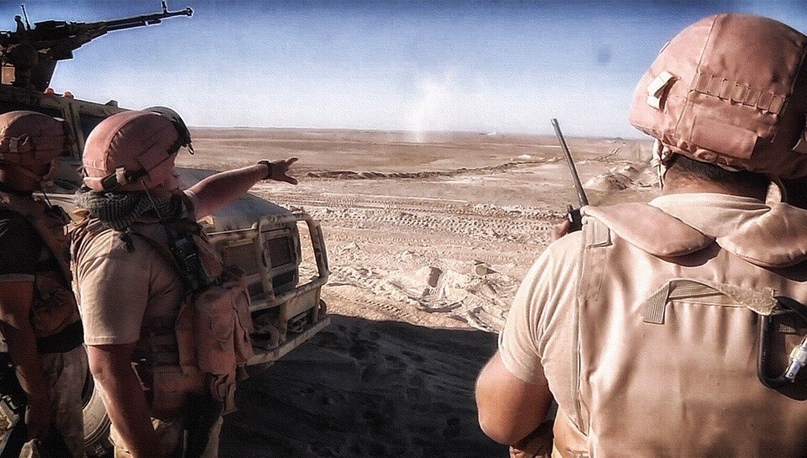 In today's armed conflicts play an important role intelligence units. Due to the significant increase in the quality level of armament, intelligence units are increasingly engaged to perform not only the intelligence, but also reconnaissance and combat (special) of tasks.

In today's armed conflicts play an important role intelligence units. Due to the significant increase in the quality level of armament, intelligence units are increasingly engaged to perform not only the intelligence, but also reconnaissance and combat (special) of tasks.

Actions intelligence units to support their firepower, in modern BOOP-Gennes conflict, It turned out kind of combat support in the way of armed struggle - Special (reconnaissance and combat) actions. In turn, specific actions include the following ways to do scouting-tion-combat missions:

In offering you material discusses the features of the raid group and intelligence detachment in today's internal armed conflict.

One way to perform reconnaissance tasks defined by the governing documents of a search.

Search is a sequential inspection area in a certain area in order to detect the enemy object.

The experience of local wars and armed conflicts, occurred in the world over the past twenty years, indicates that, that intelligence units do not rarely put to task to find and destroy the enemy as such, rather than a specific object exploration. Such methods perform reconnaissance and combat (special) tasks are called reconnaissance and search and search and ambushes.

Reid - a mode of action of intelligence agencies, which is run by the enemy intelligence-poo those hidden viewing one portion of the area after the other in a certain area or on the route with the aim of destroying the enemy, and intelligence gathering.

During the raid main methods are search reconnaissance and surveillance using a complex hardware-em group intelligence (detachment), as well as imagery intelligence data (intelligence, Radio and radiotehnicheskoy, air, space, engineering and others.).

The main methods of destruction (decommissioning of) facilities and manpower, during raid actions unless dyvatelnymi-bodies are:

- ambush;
- raid;
- diversion (mining facility or installation of mine-explosive agents on the routes of enemy movement);
- provision of air strikes and fire destruction of missile troops and artillery on its sites, concentration areas and travel routes;
- actions of snipers (snayperskyh teams).

Reid may be conducted with a view to finding, rescue and evacuation of soldiers and civilians, forced on, the men of the territory controlled by the enemy, as well as ensuring of the maintenance and restoration of peace operations.

In all cases, offshore activities include the allocation of reserve. duty pair of military transport and combat helicopters, and if necessary, armored group. Where necessary, the provision appears to the area of ​​a group of combat missions in helicopters, including acting VPSHG, on armor (vehicles) or on foot. As a reserve can be used or armored group dowry supporting unit.

Reconnaissance unit can carry out a raid in full or through the allocation of raid groups.