«Successfully tested the so-called detonation rocket engines, developed within the framework of the Foundation for Advanced Studies», – He quoted Vice Premier Interfax-AVN.

It is believed, that the detonation rocket engine – One of the ways of implementing the concept of the so-called hypersonic engine, ie the creation of hypersonic aircraft, capable of reaching speeds due to its own motor 4 – 6 Makhov (Meat – sound speed).

Russia-reborn.ru portal brings an interview with one of the leading specialized Russian dvigatelisty about detonation rocket engines.

detonation – this explosion. Is it possible to make a controlled? Whether on the basis of such engines to create a hypersonic weapon? What rocket engines will display uninhabited and manned spacecraft into near space? This was our conversation with Deputy General Director – chief designer “NPO Energomash named. academician VP. Glushko” Peter Lyovochkin.

Peter Liovochkin: If we talk about the short term, today we are working on engines for such rockets, as “Angara A5V” and “Soyuz-5”, as well as other, which are at the pre-stage and are unknown to the general public. In general, our engines are designed for separation of the missile from the surface of a celestial body. And it can be any – terrestrial, the moon, Martian. So that, if they realized the lunar or Martian program, we will take part in them.

Is the modern rocket propulsion, and are there ways to improve them?

Peter Liovochkin: If we talk about energy and thermodynamic parameters of the engine, we can say, that our, as, however, and the best foreign chemical rocket engines today have reached a certain perfection. for example, combustion efficiency reaches 98,5 percent. That is, virtually all of the chemical energy of fuel into the engine is converted into heat energy of the effluent gas stream from the nozzle.

Engines can improve in different directions. This use of more energy-intensive fuel components, the introduction of new circuit design, increasing the pressure in the combustion chamber. Another trend is the use of new, including additive, technologies in order to reduce the complexity and, Consequently, reduction in the cost of the rocket engine. All this leads to a decrease in the value of output payload.

However, on closer examination it becomes clear, that increase the energy characteristics of a conventional method is inefficient engines.

Using a controlled explosion of fuel can give the rocket speed of eight times the speed of sound
Why?

Peter Liovochkin: Increasing pressure and fuel flow to the combustion chamber, naturally, increase the engine thrust. But this will require an increase in wall thickness of the chamber and pumps. As a result of the complexity of the design and its weight increase, energy gain is not such a big. Game worth the candle will not cost. 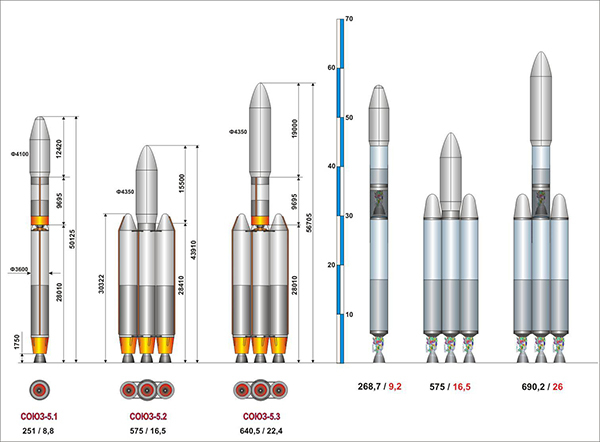 That is rocket engines have exhausted the resources of their development?

Peter Liovochkin: Not certainly in that way. Technically speaking, they can be improved through increasing the efficiency of processes vnutridvigatelnyh. Cycles exist thermodynamic conversion of chemical energy into the effluent stream, are much more effective than the classical propellant combustion. This detonation combustion cycle and close thereto Humphrey cycle.

The effect itself fuel detonation opened our compatriot – later Academician Yakov Borisovich Zeldovich still 1940 year. The realization of this effect in practice, promised great prospects in rocket. Not surprising, Germans in the same have been actively investigated detonation combustion process. But then not very successful experiments thing they have not moved.

Theoretical calculations have shown, that on detonation combustion 25 percent efficiency, cycle than isobaric, sootvetstvetstvuyuschy fuel combustion at constant pressure, which is implemented in the cells of modern gas-engine raktivnyh.

And what benefits are provided by the detonation combustion compared with classic?

Peter Liovochkin: Classic combustion process – subsonic. detonation – supersonic. The speed of the reaction flow in a small volume leads to an enormous heat generation – it is several thousand times higher, than at subsonic combustion, realized in the classical rocket engines with the same mass of burning fuel. And for us, dvigatelisty, it means, it is possible to obtain the same thrust at considerably smaller dimensions and detonation engine with low fuel mass, that in large modern liquid rocket engines.

Not a secret, the engines with detonation combustion of fuel and develop abroad. Where do we stand? give in, We go to their level or the lead?

Peter Liovochkin: Do not give in – that's for sure. But to say, that the lead, can not. Subject closed enough. One of the main technological secrets is, how to ensure that, to fuel and oxidizer rocket motor did not burn, and exploded, without destroying combustion chamber. That is to actually make a real explosion in a controlled and manageable. For reference: called detonation combustion of fuel in the front of the supersonic shock wave. Distinguish pulse detonation, when the shock wave moves along the axis of the chamber and one after another, and continuous (spin) detonaciю, when the shock waves in the chamber moves around the circle.

As far as, with your specialists experimental studies detonation combustion. What results have been obtained?

Peter Liovochkin: Work was carried out to establish a model of the detonation chamber liquid rocket engine. On a project under the auspices of the Foundation for Advanced Studies to work more co-operation of the leading scientific centers of Russia. Among them are Institute of Hydrodynamics. MA. Lavrenteva, MAI, “Keldysh Research center”, Central Institute of Aviation Motors. P. J. Baranova, Mechanics and Mathematics Faculty of Moscow State University. As fuel, we suggested the use of kerosene, and an oxidant – oxygen gas. In the process of theoretical and experimental studies confirmed the possibility of creating a detonation rocket engine components such. Based on these results, we developed, We manufactured and successfully tested a detonation chamber model with a thrust of 2 ton and the pressure in the combustion chamber about 40 atm.

This problem was solved for the first time not only in Russia, but the world. therefore, of course, problems have been. At first, associated with providing stable detonation with oxygen kerosene, Secondly, ensuring reliable firing chamber wall cooling without zavesnogo cooling and a host of other problems, the essence of which is only understood by those skilled. 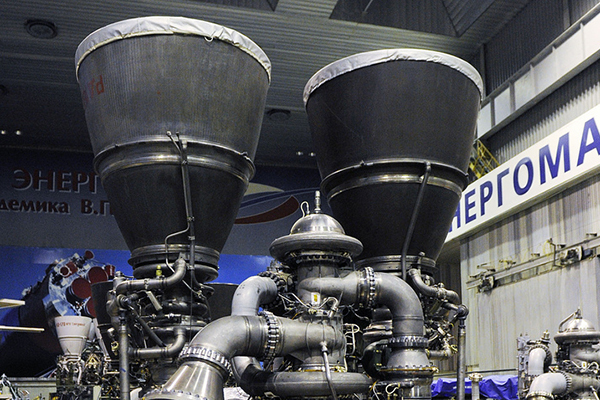 Can I use a detonation engine in hypersonic missiles?

Peter Liovochkin: And you can, and need. Not least because, that the combustion of the fuel therein supersonic. And in those engines, which are now trying to create a controlled hypersonic aircraft, subsonic combustion. And it creates a lot of problems. After all, if the combustion in the engine subsonic, and motor flying, let's, at five strides (a sound speed equal to max), it is necessary to counter the flow of air to slow down the sound mode. Respectively, all the energy of braking is converted into heat, which leads to additional design overheat.

A detonation in the engine combustion process occurs at a rate of at least two and a half times higher sound. AND, respectively, this value we can increase the speed of the aircraft. That means that we are not talking about five, and eight mahah. This is really achievable to date speed of the aircraft with hypersonic engines, which will be used in the detonation combustion principle.

What will happen next?

Peter Liovochkin: This is a difficult question. We just opened the door to the detonation combustion. Still a lot of unexplored left out of the equation our survey. Today, together with RKK “Energy” we try to determine, as it may look in the future engine as a whole with respect to the detonation chamber booster units.

On what engines manned flights to distant planets?

Peter Liovochkin: In my opinion, for a long time, we will fly to the traditional LRE doing their improvement. Although certainly develop other types of rocket engines, eg, electrorocket (they are much more effective LRE – they have a specific impulse 10 times higher). Alas, today's engines and the launch vehicle does not allow us to speak about the reality of mass of interplanetary, and even more intergalactic flights. There is all on the level of fantasy: fotonnыe engines, teleportaciâ, levitation, gravitational waves. Although, on the other hand, only a hundred or so years ago the works of Jules Verne were perceived as pure fiction. maybe, a revolutionary breakthrough in the sphere, where we work, wait is very long. Including in the practical creation of missiles, using the energy of the explosion.

dossier “RG”:
“Scientific and Production Association Energomash” Valentin Glushko is based in 1929 year. Now bears his name. Here develop and produce liquid rocket engines for I, in some cases, steps II launchers. The NGO has developed over 60 various liquid jet. on engines “Energomash” the first satellite was launched, It took flight of the first man in space, first self-propelled running apparatus “Lunoxod-1”. Today on engines, designed and manufactured in NGOs “Energomash”, It soars more than ninety percent of the rockets in Russia.