Operation “Reinhardt”- the creation of centers of destruction 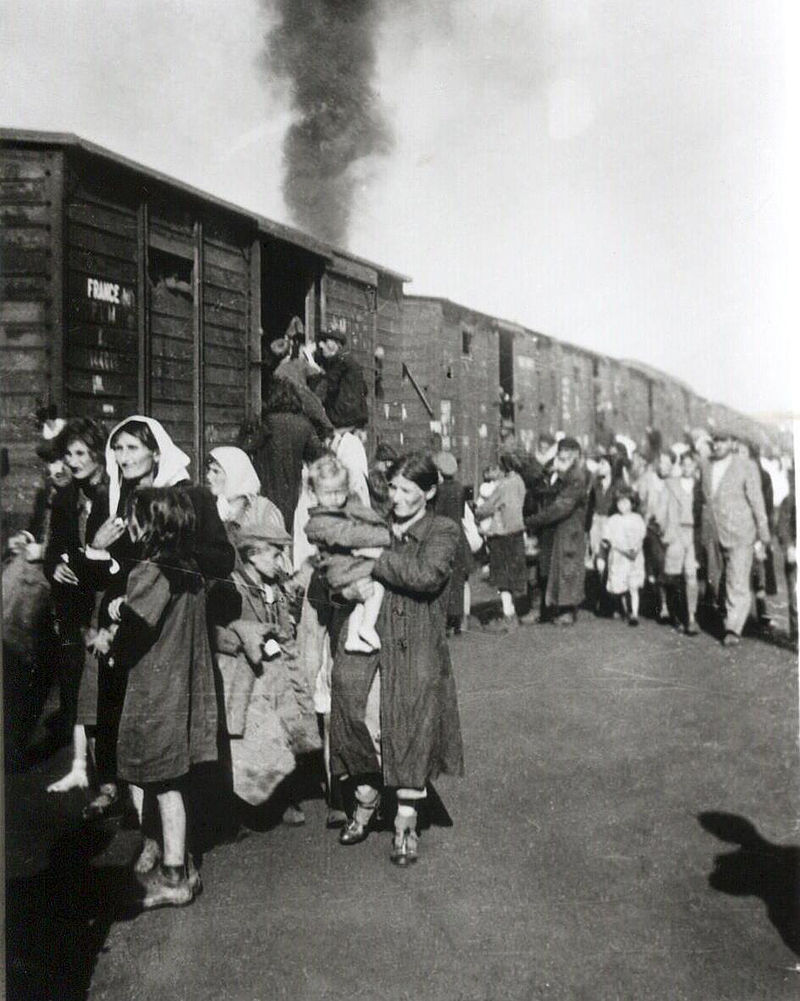 In the course of "Operation Reinhardt" in July 1942 to October 1943 at three death camps (Belzhec, Sobibor and Treblinka) They were killed over two million Jews and about 50 000 Roma from five districts of the Government-General (Warsaw, Lublin, Radom, Krakow and Galicia).

It is impossible to establish, When the order to destroy the Jews of Europe was given, since there is no written evidence of its existence. There is also no certainty, that such an order has ever been given in writing to Hitler. According to the authors, "the Holocaust", to the decision of the Nazi holocaust has led occupation of Poland, Jewish population exceeds 3 million people. Rejecting the idea of ​​emigration began in the fall 1940 of the year. Professor Peter believes Longer, that in spite of the mass shootings in 1941 year transition to total extermination began only in late spring 1942 of the year.

Einsatzgruppen and police battalions began to destroy the Jewish men between the ages of 17 to 45 years immediately after the German attack on the USSR. From September to October 1941 The mobile part of the punitive switched to mass murder of women and children.

To solve organizational problems of the Jews the destruction of Reinhard Heydrich convened 20 January 1942 year "Wannsee Conference". The conference was attended by representatives of all involved in the so-called "final solution of the Jewish question 'organizations. Josef Buhler, Deputy Hans Frank, He issued a statement, it would be desirable to launch a solution to this issue in the General Government, due to the absence of problems with the organization of transport and execution of this operation,. The Jews had to be removed from the territory of the Government-General as soon as possible, as it is here, "a Jew, as a carrier of infection "is particularly dangerous. Also, two and a half million Jews, living in this territory, most were unusable.

The operation Heinrich Himmler instructed the chief of police and SS Lublin district Odilo Globocnik, who was appointed to this position in 1939 year. In it Himmler saw that, who "like no other created for the colonization of the East", as he wrote in a letter dated 4 August 1943 of the year, when it was a question of the resignation of Globocnik. 21 July 1941 , Himmler called and made all scheduled Globocnik in Lublin District Heinrich program. In this region, as part of "Henry program" has occurred and performing "Reinhard".

Can only indirectly set, when Odilo Globocnik, Head of "Operation Reinhardt", received from the Reichsfuhrer SS ordered the extermination of the Jews. Adolf Eichmann said at the trial in Jerusalem, Heydrich told him after two or three months after the attack on the Soviet Union on, that the Fuhrer ordered to exterminate evreevV Lublin Eichmann was in one of the camps, where Christian Wirth explained apparatus for gas chambers strangulation Jews. Wirth was the first commandant of the death camp Belzec and later inspector of the camps "Operation Reinhardt". Before that, he was involved in the euthanasia program (operation T4, about it we will write later). In this way, Globocnik was devoted to plans for the extermination of Jews in the summer 1941 of the year.

"Operation Reinhardt" on a plan of its leader Odilo Globocnik had four stages:

Camp gave the impression of time. Each of them was initially equipped with three gas chambers. Killing produced using CO. This gas was chosen, because the staff has been trained to kill with it already during the "euthanasia" operation. Gas diesel engines elaborated. Equipment death camps was not enough for the tasks, so pretty soon they began to expand.

In the course of "Operation Reinhardt" alive in any case does not leave 40 percent of Jews. Only some of them, the young and the strongest or experts in the necessary areas of the SS, We were left for a while to live as a "working Jews". "Work Jews" - to thousands at camp - collected, sorted and packed clothes and valuables killed, purified gas chambers and buried corpses, until, while they themselves were not killed. Belzhec: 15 000 people per day, Soʙiʙor: 20 000, Treblinka: 25 000 people per day.

In order to "rationalize" the murder of Jews in August 1942 , Christian Wirth was appointed inspector of all three camps. In fact, all three camps were fully ready for use in late summer 1942 of the year. The amount of gas chambers was increased, separation of duties at the mass murder adjusted. Camp steel working machine almost without fail with high productivity. Composition with prisoners arrived in the morning, in the afternoon the bodies were already burned, clothing stockpiled. A delay could result in a lack of transport. The so-called telegram Höfle reported killed by the end of 1942 of the year 1 274 166 the jews.

By the operations are also different types of internal and external disguise: corpses first buried in huge tombs, later dug up and burned.

In summer 1943 year "Reinhardt operation" ended. Belzec camp was disbanded, the surviving Jews were moved to other camps. In Treblinka and Sobibor uprising occurred prisoners, who saved the lives of some of them. Of the three camps less 200 prisoners survived the war. Death camps were razed to the ground and their territories were re-greened. For additional masking farms were established on the territories of the former death camps.

The number of Jews killed was at least 1,7 millions. In May 1945 Odilo Globocnik told one of his old acquaintances on the Wörthersee, that with two million "settled".

In fact, the "operation Reinhardt" has brought great wealth to the Third Reich. already in the summer 1942 year from it were obtained about 50 million Reichsmarks in securities, coins and jewelry, as well as nearly a thousand textile cars, of them 300 000 new costumes. Number of other values, which were obtained as a result of operation, such as real estate, unknown.