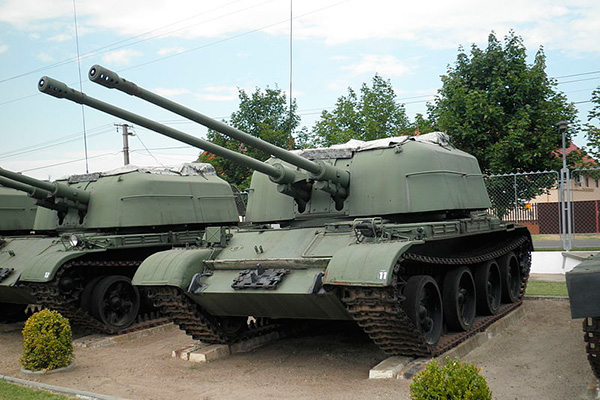 According to the results of the Second World War, it became clear, that field anti-aircraft guns are ineffective against low-flying targets, and with increasing speed and aircraft survivability and lower efficiency 20-mm and 37-mm automatic cannon – shells consumption for one downed aircraft increased 1,5-2 fold. It was necessary to increase the rate of anti-aircraft and equip them with the mechanism of the rapid changes in pickup, to monitor the speed of maneuver goal. The advantage in this area had multila installation on high passability chassis, that, usually, yet, and armored.

AT 1955 , 57-mm self-propelled anti-aircraft weapon ZSU-57-2 was adopted by the Soviet Army, designed to protect the tank units. Built on aggregates tank T-54, it had armored body and open at the top of the circular rotation of the turret, in front of which was located 57 mm twin automatic gun C-68 with an electrohydraulic drive guidance. If necessary, the gun could put things manually. For firing use the automatic anti-aircraft sight. Two gunners installed on it original purpose data. When exiting automation of order provided for a conventional mechanical sight. Ammunition ZSU-57-2 consisted of 300 unitary shots, placed in the five-shot cartridges along the sides of the tower and the hull. Filing clips carried out manually, and thanks to the unit will automatically recharge the gun firing rate reached 240 rounds per minute. firing range was horizontally 12000 m, vertically – 8800 m. Cartridge cases on the conveyor belt fed through a special window in the basket, located behind the aft wall of the tower. 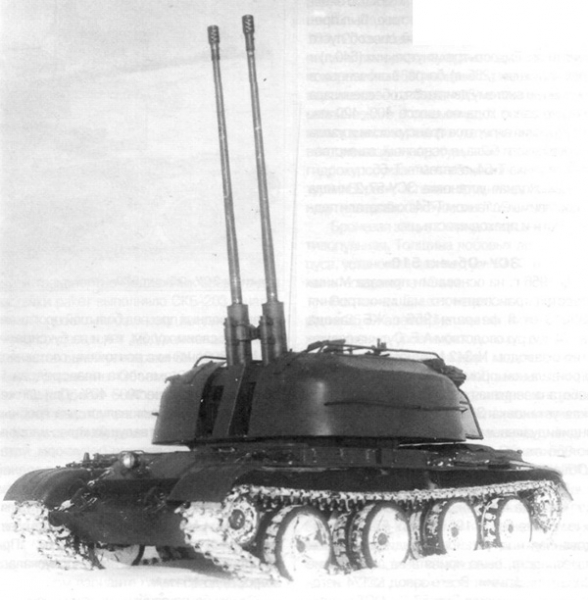 ZSU-57-2 shipped to foreign countries and received its baptism of fire during the Vietnam War. Powerful automatic cannon and effectively used to combat ground targets. However, the rate of fire setting was not high enough for the high-speed air targets, and besides, they were firing only place. Therefore, in the late 60-ies of this type of machines were replaced in the Soviet Army ZSU-23-4 "Shilka". 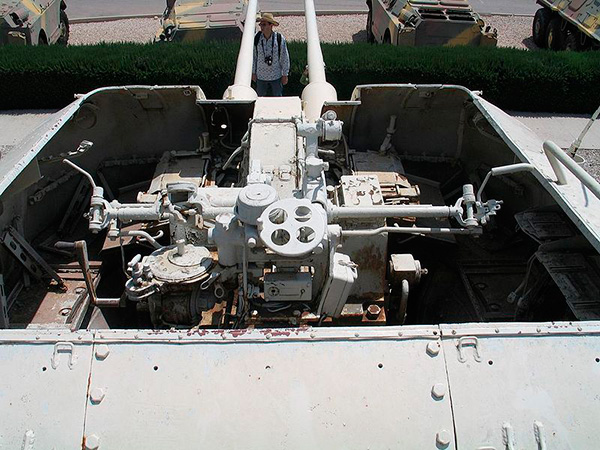 The performance characteristics of the ZSU-57-2 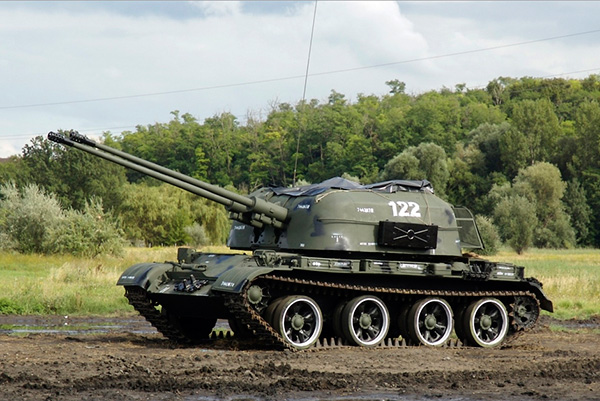 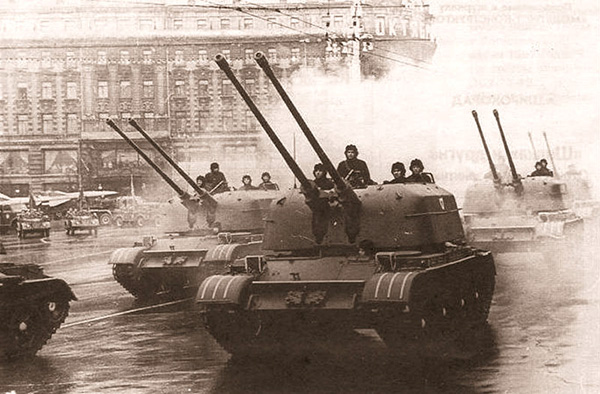 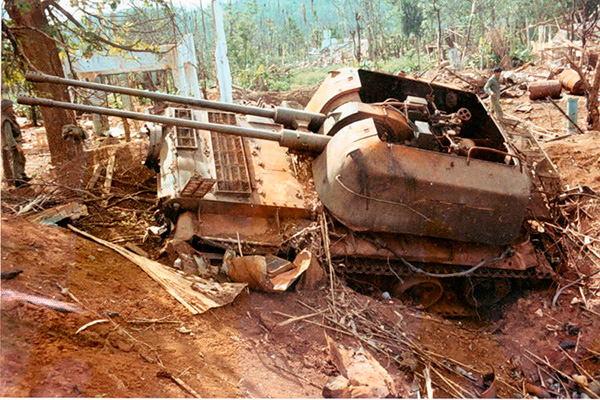