MLRS 9K58 "Smerch" - Soviet and Russian multiple launch rocket system caliber 300 mm. Since December 2016 the year began replacing MLRS "Smerch" MLRS and "Grad" on the MLRS family of "Tornado", which produces combat vehicles generally constructed similar to predecessors, but equipped with the GLONASS navigation and a new computerized fire control system. GLONASS is also used in guided missiles for MLRS Tornado-S, as confirmed by experts of the International Institute for Strategic Studies and manufacturer. Smerch MLRS can use a special rocket, which produces over a target drones for reconnaissance and fire correction for 20-30 minutes. 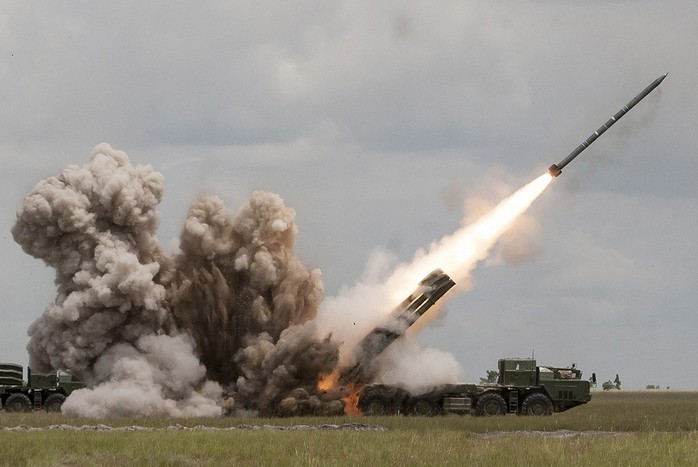 Reactive system "Smerch" multiple launch rocket was developed in the Soviet Union experts TulgosNIItochmash (then NGOs "Alloy", and now the JSC "NPO" Alloy "", Tula city) under the leadership of Gennady A. Denezhkina, as well as related businesses. Prior to the development in 1990 China, the WS-1 was the most long-range system.

Preparation of "Smerch" to fight after getting targeting takes three minutes; full volley is made within 38 seconds. After shooting the battery is ready to march in one minute, that allows you to quickly get away from the enemy retaliation. 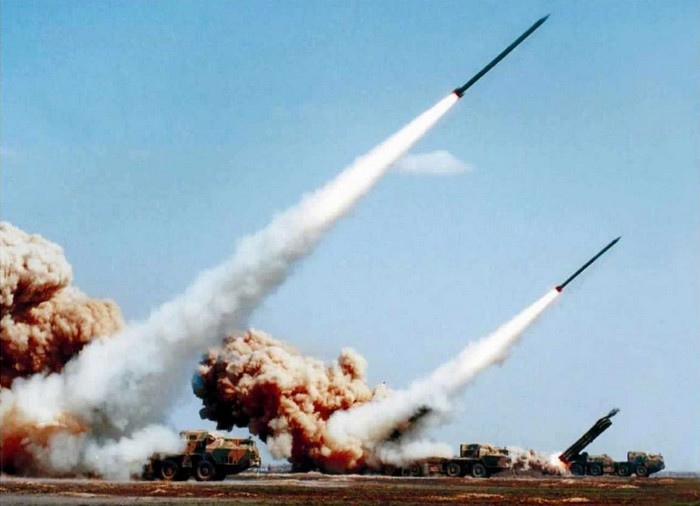 9M55K1 - a missile with cluster warhead (CGA) 9N142 with self submunitions (SPBE). Cassette warhead carries 5 SPBE "Motiv-3M" (9N349), equipped with dual-band infrared coordinators, target seeking an angle of 30 °. Each of them is able to punch an angle of 30 ° from a height 100 meters of armor 70 mm. Suitable for use in open areas, in the steppe and desert, almost impossible to use in the forest, It is difficult to apply in. It is designed to defeat armored vehicles and tanks top groups. Tests completed 1994 year and adopted in 1996 year. Order of the Minister of Defense number 372 from 13.10.96 g. 9M55K1 shell was adopted by the Russian Army. Distributed in Algeria.

9M55K4 - a missile with 9N539 CHS for anti-mining areas. Each shell comprises 25 anti-tank mines "PTM-3 'with an electronic proximity fuse, all in one salvo installation - 300 antitank mines. Designed for operational remote staging anti minefields before the units combat materiel, located on the boundary of the attack, or in the vicinity of their concentration. 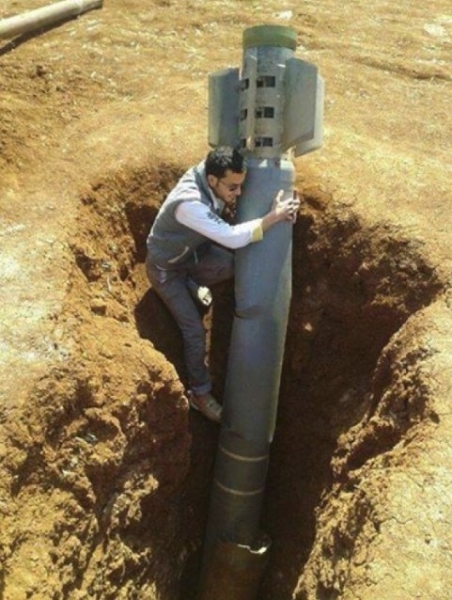 9M55F - a missile with a detachable high-explosive fragmentation warhead. It is designed to engage manpower, unarmored and lightly armored military vehicles in the places of their concentration, to destroy command centers, communications and infrastructure nodes. The Russian Army adopted 1992 year, and with 1999 year is in mass production. Distributed in India.

9M55S - a missile with a thermobaric warhead 9M216 "Excitement". The explosion of a projectile creates a thermal field with a diameter of not less than 25 m (depending on the terrain). Field Temperature - over +1000 °C, the existence - at least 1,4 from. It is designed to engage manpower, open and sheltered in the fortifications of the open type and facilities skinned and lightly armored military vehicles. Maximum efficiency in the steppe and desert, town, Located on the ground neholmistoy. ammunition tests were completed in 2004 year. RF President order № 1288 from 7 October 2004 9M55S year adopted by the Russian Army. 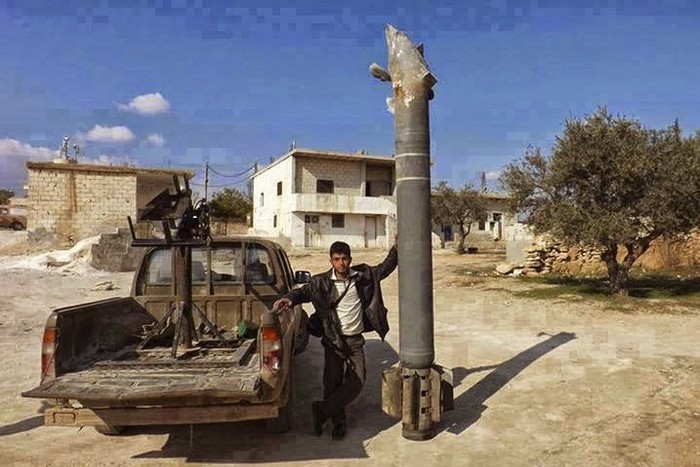 9M528 - a missile with high-explosive fragmentation warhead. fuse pin, instantaneous and delayed action. It is designed to engage manpower, unarmored and lightly armored military vehicles in the places of their concentration, destruction of command posts, communications and infrastructure nodes.

9M534 - experienced a missile with a small-sized reconnaissance unmanned aerial vehicle (UAV) type "Tipchak". Intended for the purposes of operational intelligence for twenty minutes. In the area of ​​UAV targets descends by parachute, scanning at the situation and passing information to the coordinates of proven targets for control complex at a distance 70 km, to aid decision making at the destruction to the explored object.

9M542 - corrected projectile with detachable high-explosive fragmentation warhead, or tape with a range of 120 km. 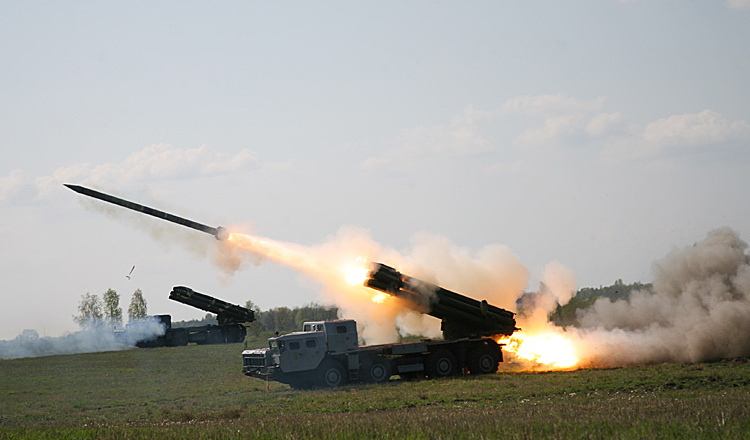 AT 2012 It was approved by the passport and the passport on a promotional corrected missile extended range 9m542, designed for foreign customer. minimum range 40 km, maximum range 120 km. Length 7600 mm, total weight 820 kg, the mass of the head part 150 kg, explosive mass 70 kg, kitted out 500 piece ready fragments weighing 50 g. AT 2016 it was announced to equip these missiles MLRS Tornado-S. 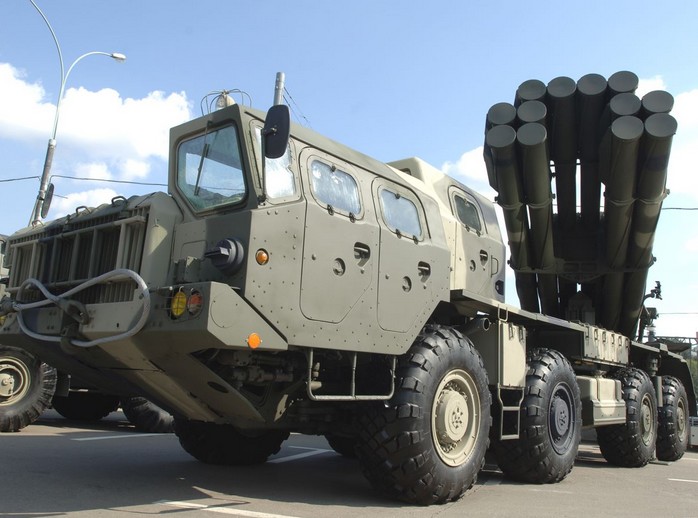 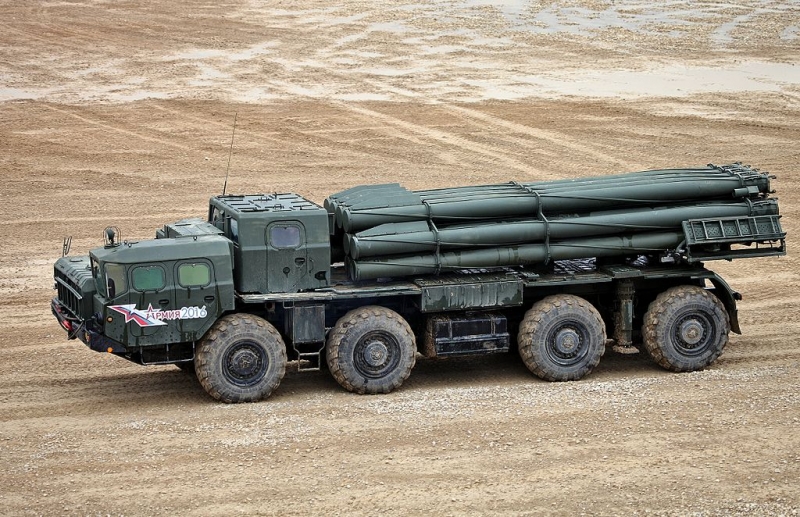 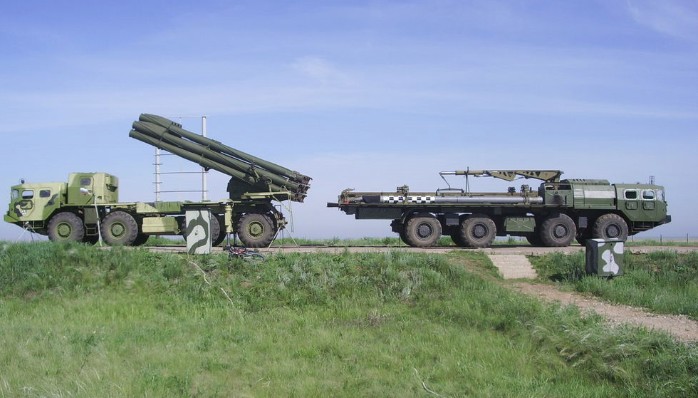 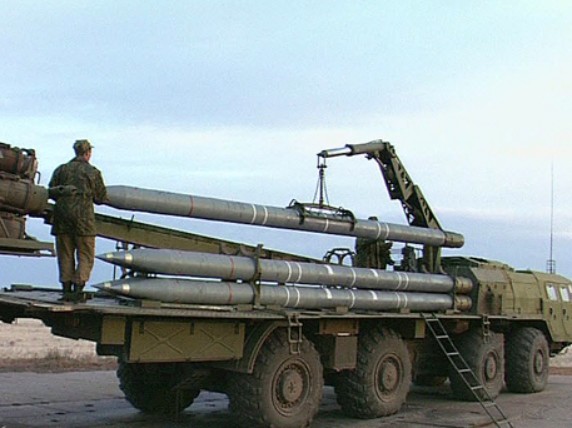 At the conclusion of IISS experts directory MilitaryBalance 2017 MLRS Smerch-M and its improved version of the Tornado-C exceeds the range MLRS NATO in USA. 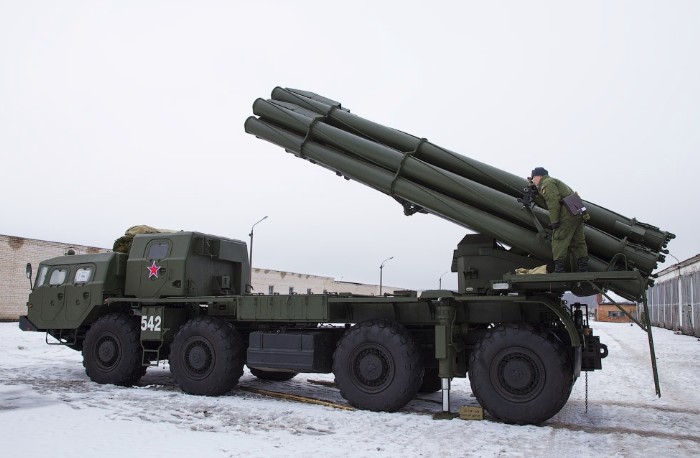 Long-range multiple launch rocket system is designed to engage on the distant outskirts of virtually any group goals. MLRS 9K58 at the expense of range and efficiency close to the tactical missile system. According accuracy complex close to artillery shells. Accuracy rate is 2-3 times higher than counterparts. battery salvo of six BM is able to stop the advance of mechanized infantry division. 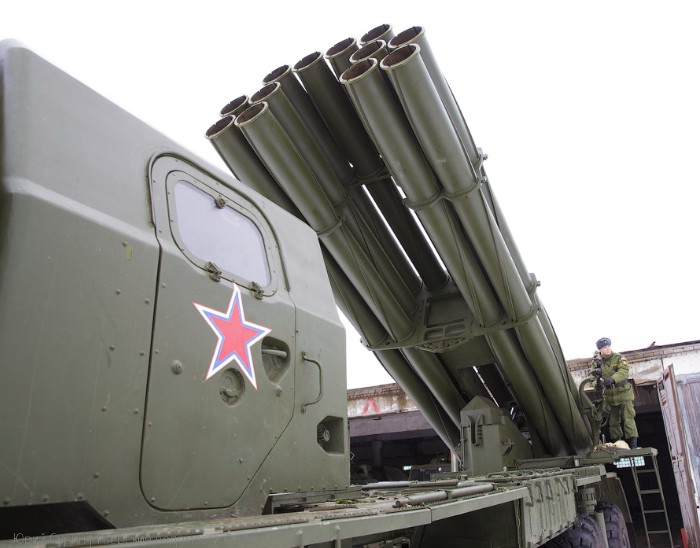 The firing range has increased from 70 to 90 km, Battle calculation was reduced from four to three people, increased automation system, in particular, of survey has been undertaken in an automatic mode through satellite systems. Adopted in 1989 year. area covered by 67,2 it. While preparing to volley 3 minutes, recharge 13 minutes. 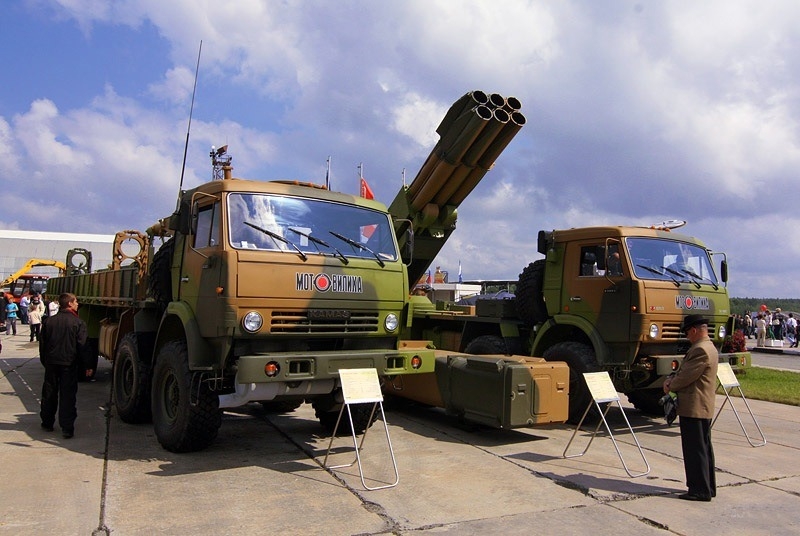 On Aviation and Space Salon "MAKS-2007" was first demonstrated a prototype combat vehicle with a six-barreled 9A52-4 package guide as part of an artillery unit, mounted on the base for a four-wheel-drive chassis of a family of "KAMAZ". Using this system allows you to maintain a coordinated dispersed calculations fire. The main objective of modernization - to increase the mobility of the complex by reducing the weight and size. It is assumed, it will increase export opportunities. A new version of a prototype combat vehicle, as well as the prototype of transport-charging machines were demonstrated in 2009 , the exhibition of arms REA-2009 in Nizhny Tagil (Sverdlovsk region). 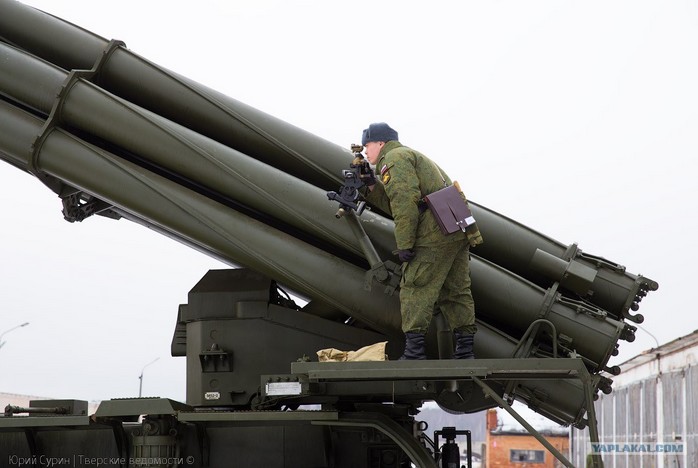 MLRS "Smerch" is firing single rounds or in salvos. Full salvo combat vehicle made for 38 seconds. Launch shells provided from the cockpit combat vehicle or using the keypad. Power salvo of three installations MLRS "Smerch" in its effectiveness is equal to "the work" of the two teams, armed missile systems 9K79 "Tochka-U". Volley one machine covers the area 672 000 m2. High-performance combat use MRL "Twister" is provided by the use of "Vivarium" automated fire control system, developed and manufactured by Tomsk production association "Contour".

In this system, the following principles are implemented:

– simplicity, compactness and high reliability of the equipment;
– autonomy and mobility of the system elements;
– hardware and software compatibility with existing and future ACS fire field artillery;
– ability to operate in any ambient conditions and in a wide temperature range (from - 50 ° C to + 40 ° C).

management system "Vivarium" was put into service in the early 90s and is widely used. It is intended for automated and non-automated management team of MRL, weapon system 9K58 "Smerch", and 9K57 "Hurricane". Its technical means provide information exchange with superior, subordinates and interacting controls, solve the problem of planning concentrated fire and fire on the columns, provide training data for firing, collect and analyze information on the state of artillery units. 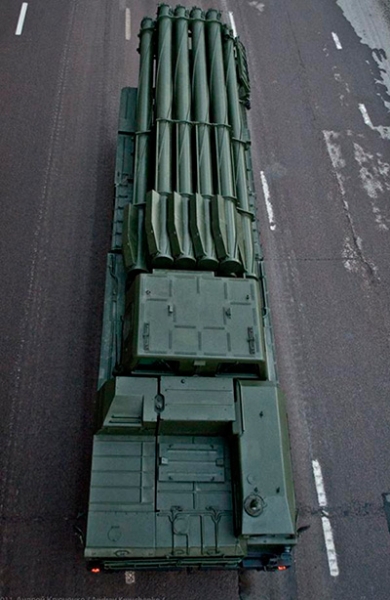 The basis of the "Vivarium" control system is based on command and staff vehicles (UNICEF), at the disposal of the commander and chief of staff of the brigade, as well as their subordinate battalions commanders (up to three) and batteries (to eighteen). Powertrain equipment is placed in the back of a van-K1. 4310, mounted on the chassis of KAMAZ-4310. It includes the communication means, encrypting data transfer equipment, digital computer, displays and printers. The main technical tool, allowing to solve computational tasks, is onboard digital computer E-715-1.1. Its performance for the combined mode is 500 000 short transactions, for misalignment - 250 000. The amount of RAM - 96, non-volatile memory - 288 KB.

In all SHKM brigade control centers implemented special mathematical and software, which carries out:

– reception, processing, storage, display and the formation of messages in formal or not species;
– transmission in the higher echelons of management posts about the location and readiness of each unit, bringing to the subordinate units and divisions of teams to prepare attacks;
– protection of stored and processed data from unauthorized access staff and officials, as well as the unauthorized use of input-output means.

All calculation tasks invoked at the command decision, introduced by the operator in a specialized digital computer using the control panel ATSD. The exception is the problem of calculating the target control data, which can be solved automatically when receiving messages on striking indicating the artist, attracted to spray volley. 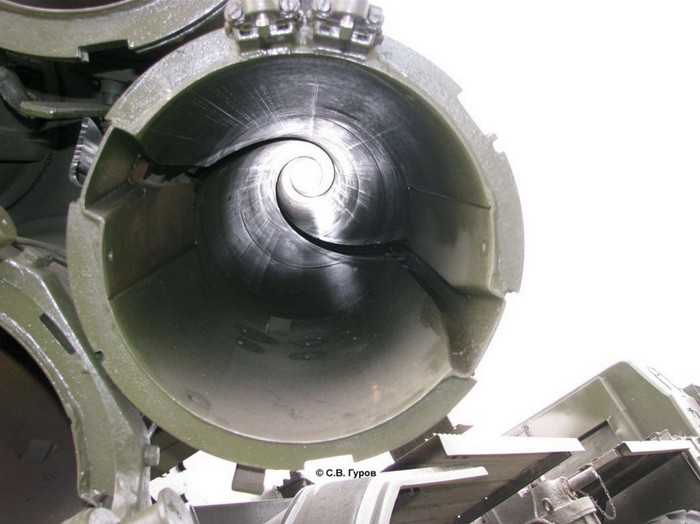 For controlling the process of solving problems in the workplace and commander crank operators mounted television type display device. means of communication presented a set of VHF- and HF radio, allowing to conduct radio confident in moving up 50 km, and in the parking lot - 350 km. Body-van is equipped with antenna devices, ensures reliable operation of radio stations. Radio and telephone communication is carried out both from the driver's cab, and the operational equipment compartment through a T-240D. If necessary, it is possible for a few seconds to automatically switch to a backup channel, which virtually eliminates the loss of information in transit. Exchange data is not provided in the movement.

Complex communication means provides the interface and entering the following channelization means: satellite stations, tropospheric and microwave transmission, KV- and FM stations average power, hardware communication nodes, wireline communication. Power to all units both on-site, and the movement is performed by transportable diesel power ED2h8-T400-18PS. In order to ensure normal working conditions for the commander and operators in the crank mounted air conditioners, filtering unit FVUA-10OP-24 and OV-heating installations 65G. The car kit includes a primary means of degassing DK-4D, chemical and radiation detection instruments, as well as spare parts. It should be noted, that all command and staff vehicles, included in the "Vivarium" management system, They have the same type of equipment and in case of failure of one of them, its functions can be assigned to any other. This significantly improves system survivability during combat operations. 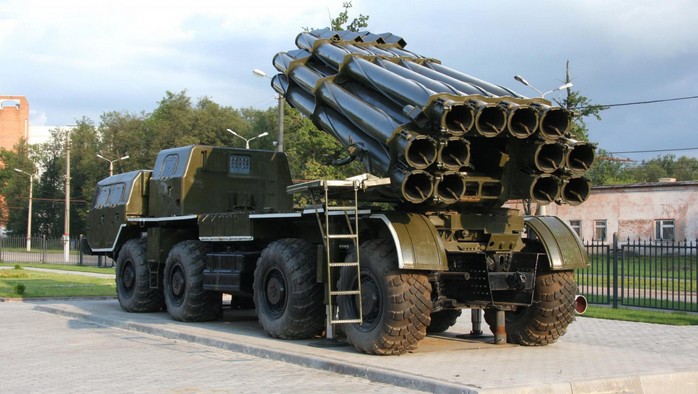 Operation can be graphically presented on the example of embodiment combat use. At the command post of the brigade commander of the reconnaissance vehicle, as well as from higher authorities received information about the enemy. Computing means the commander and chief of staff of the brigade fire solve scheduling problem. At the same time estimated the possibility of fire units, availability of ammunition, selected method defeats the purpose, determined by the density of fire, developed various solutions to this problem. Then automatically via the communication channels necessary data and orders are sent to the command post of one of the solutions chosen for the fire division problem.

At the command post of battalion commander clarifies information about the enemy (character, type and coordinates of targets), solved the problem of survey, weather reports compiled according to the automated meteorological reconnaissance systems. After that, on the basis of operative information about the location and the combat readiness of units subordinate to the commander of the battalion at their command centers via the communication channels necessary information is transmitted. Computing means battery crank handle the information and form a flight mission for six MLRS "Smerch" combat vehicles. According to Russian military experts, automated control system "Vivarium" significantly increases the combat readiness of units, equipped with "Smerch" systems, the accuracy and efficiency of fire. It is not inferior to similar American ACS "Takfayr", and a number of important indicators, in particular the time of preparation for combat work and bringing teams, exceeds it several times. 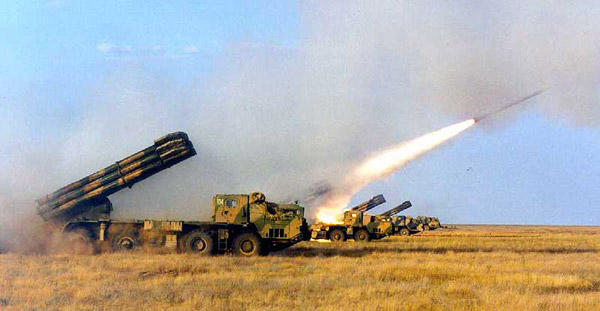 The performance characteristics of the MLRS Smerch 9K58 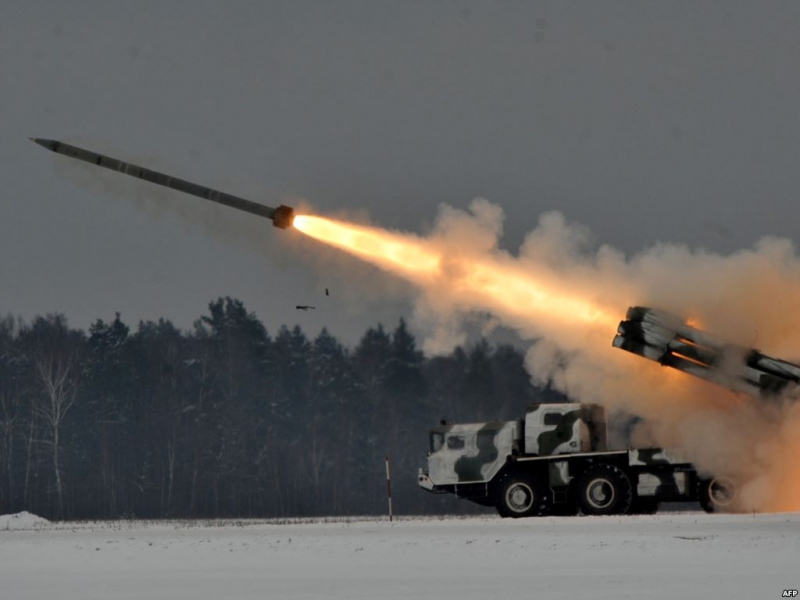 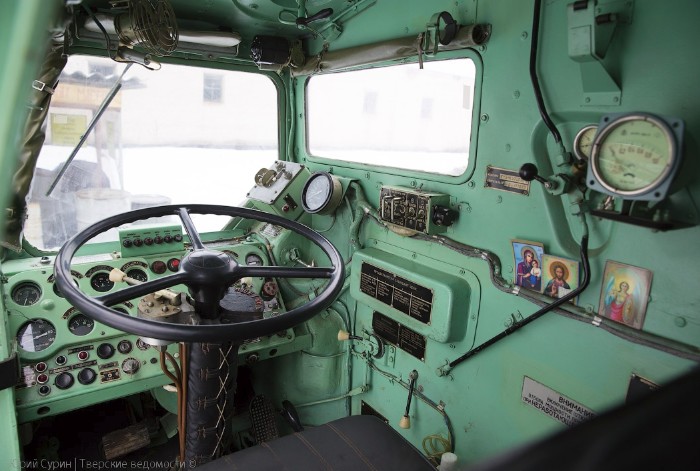 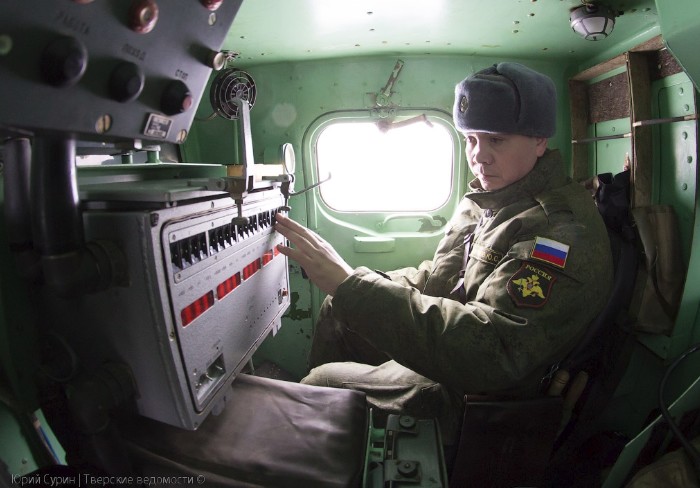 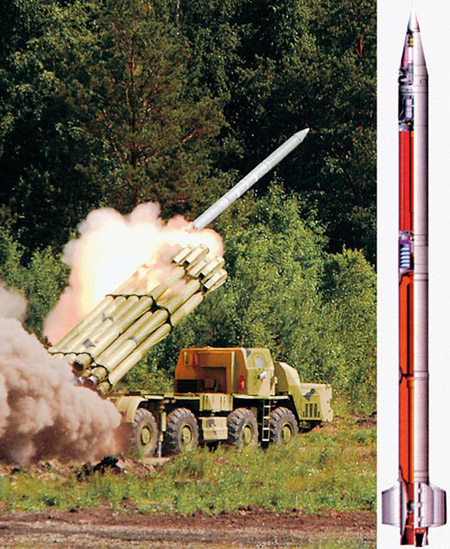