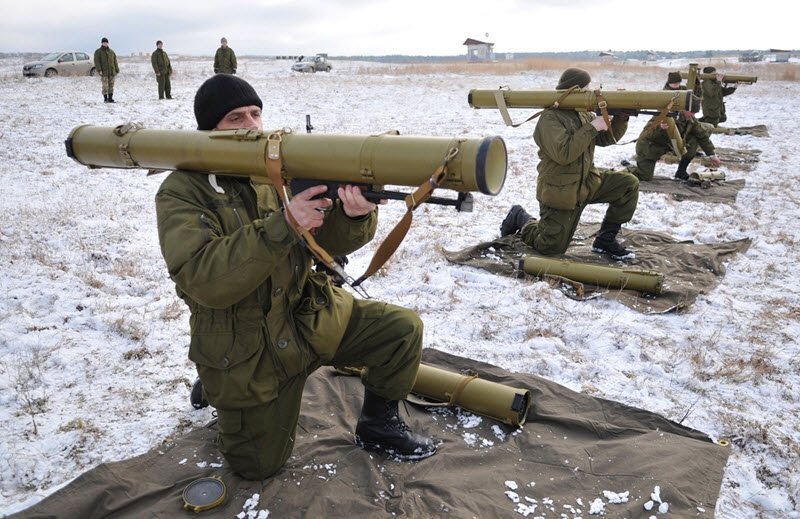 RPO "Lynx" - rocket infantry flame-thrower "Lynx", intended to engage sheltered emplacements, lightly armored and automotive vehicles, destruction of manpower, the creation of fires. It developed in the Tula Instrument Design Bureau in. Adopted in 1975 g. At the end of 1980 RPO "Lynx" has been replaced by a more modern flamethrower RPO-A "Bumblebee".

Flamethrower "Lynx" became the first Soviet jet flamethrower, which was replaced by an army jet LPO-50 flamethrower. RPO "Lynx" in 10 fold range superior to his predecessor jet, A second advantage was, the fuel took off in a special container, which shatters when hitting the target, and in many conventional Knapsack flamer mixture at a far distance target reached yet burned down. Another advantage was, that after firing arrows gave much less its position and immediately overthrown container otstrelenny, becoming more mobile. For the convenience of shooting from a prone position were bipod.

The main purpose of RPO "Lynx" was the creation of fires, the fight against lightly armored vehicles and “smoking of” personnel from the shelter of the enemy. 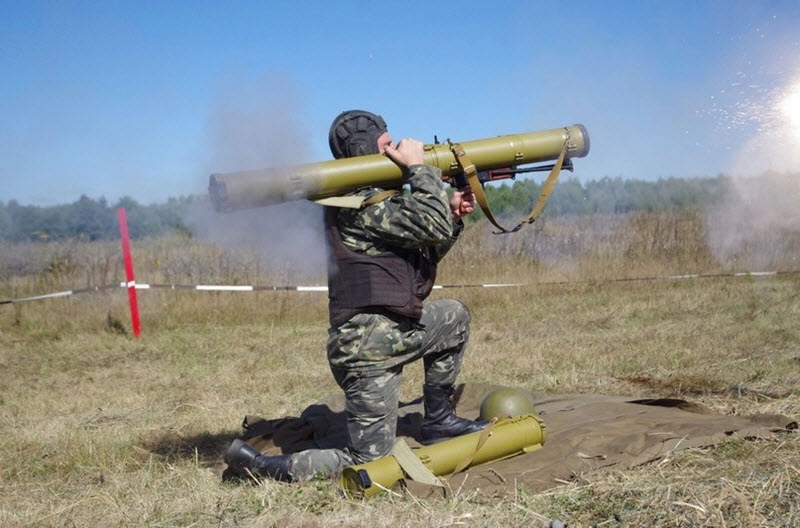 When creating RPO- "Lynx" were taken from the units antitank grenade launcher RPG-16. Flamer consisted of reusable trigger device with sighting device and connectable with disposable containers themselves charges fire mixture, which brings in a blizzard on 2 pieces, by weight of one container was 11kg. Resource launcher more 100 shots. Fighter connect the container at the installation and sighting could shoot up 850 meters, depending on the sight, maximum range shots 1000 m. When fired, the barrel of a capsule with a solid engine threw out the charge, which is burned in the barrel, simultaneously igniting capsule with a mixture of. Having reached the goal and hit the detonator explosion occurred, that sprays 4 liters fire mixture of inertia on 30-40 meters ahead and 3-4 meters wide. 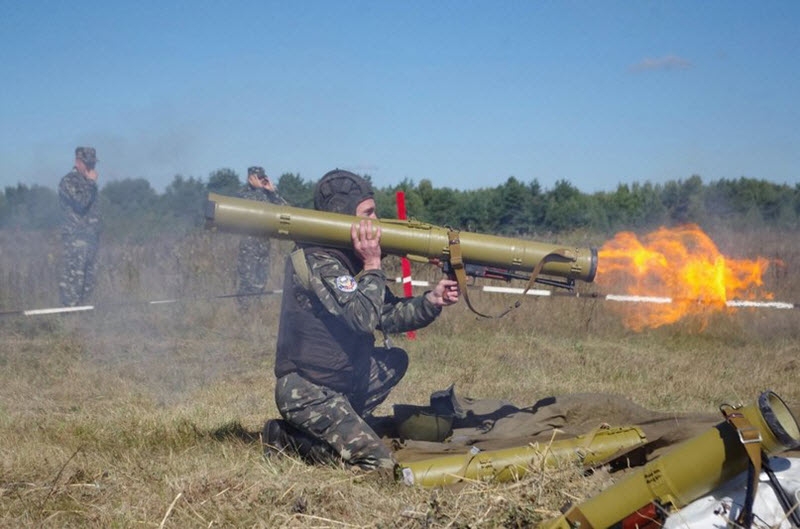 In the near future on the hay RPO "Lynx" began to come RPO "Bumblebee", which is less cheerful, It was more compact and fully disposable.
At the moment, the RPO-Lynx is available at military depots of the Russian Federation and the countries of the former USSR. 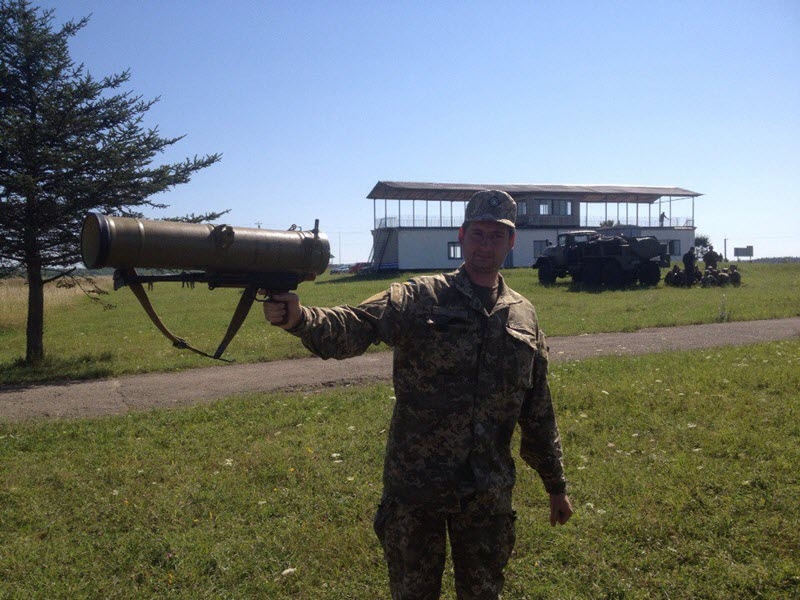 The performance characteristics of RPO "Lynx" 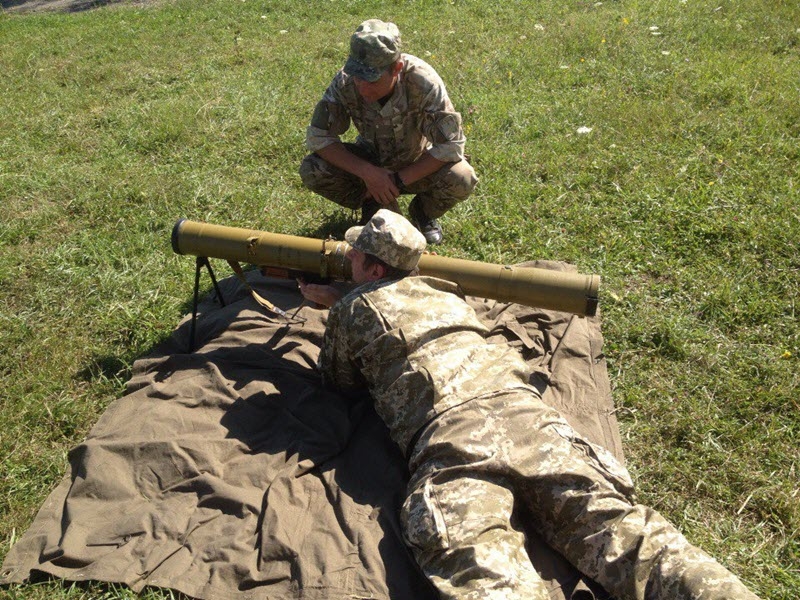 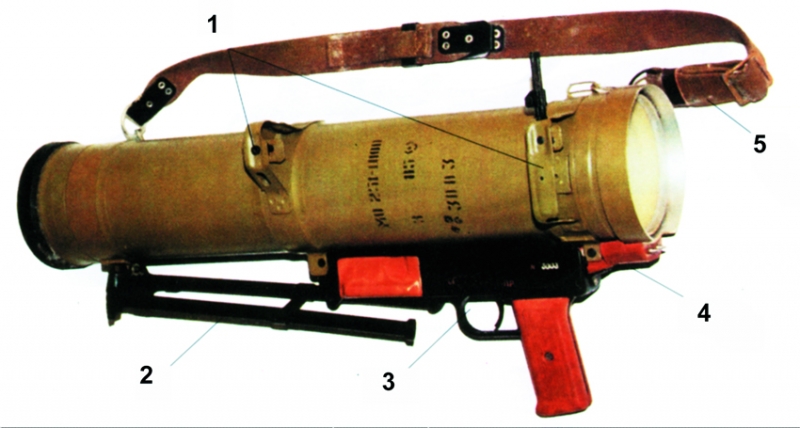 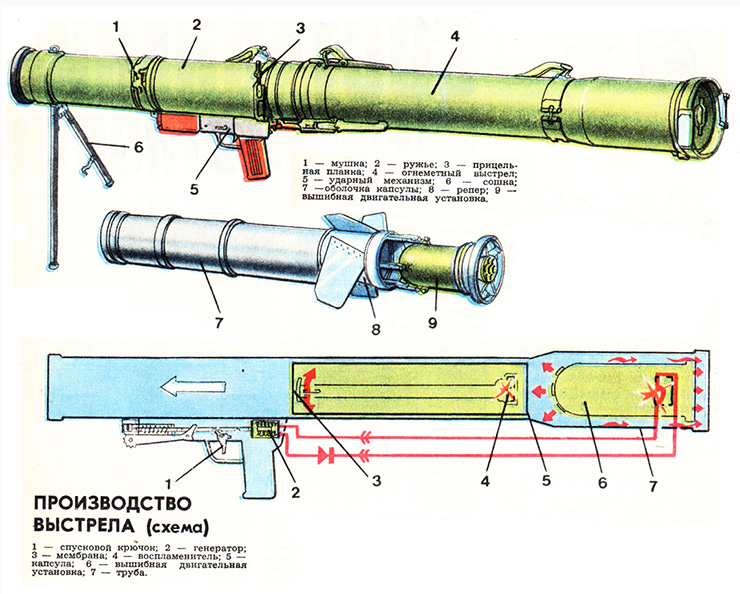 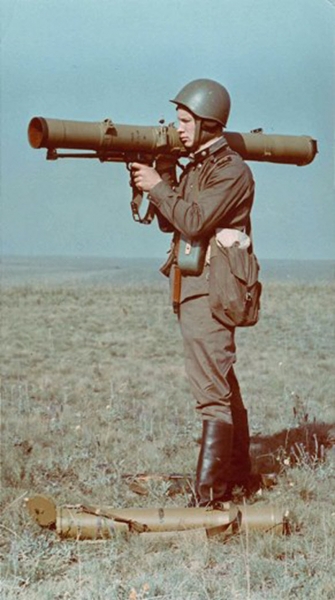 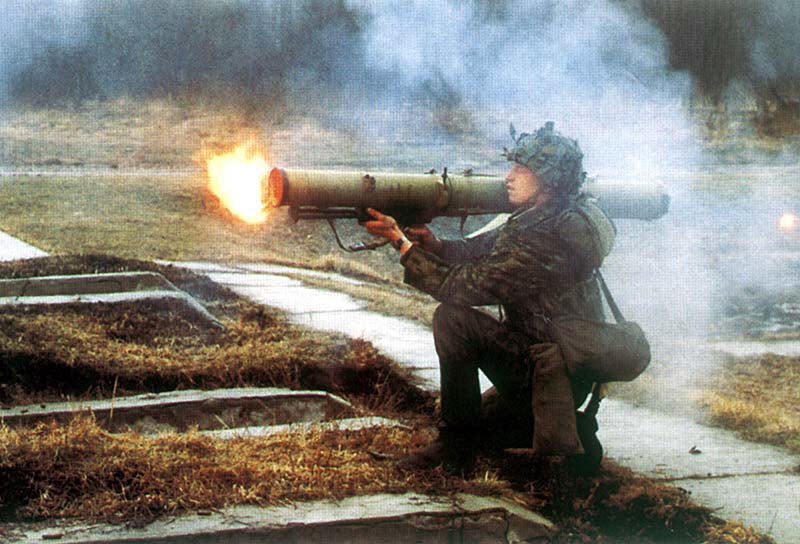