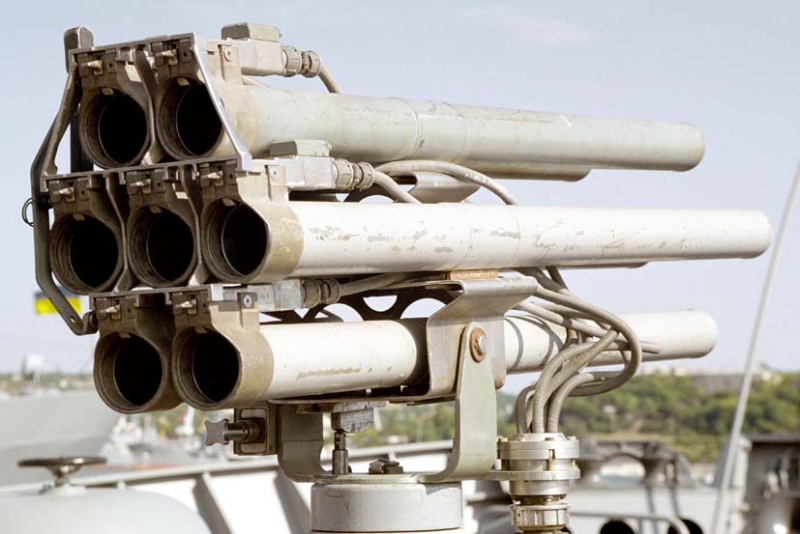 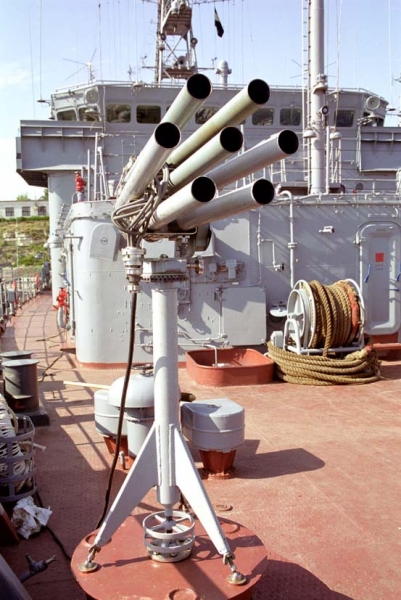 Grenade MRG-1 is 7-reactive receiver unit, consisting of a unit mounted on a tripod shafts, Autonomous power supply and cable. Due to its low weight (about 60 kg), and also block design, permitting its disassembly, grenade launcher can be quickly, in a matter of minutes set in the space ship's deck or on the beach and prepared to fire. 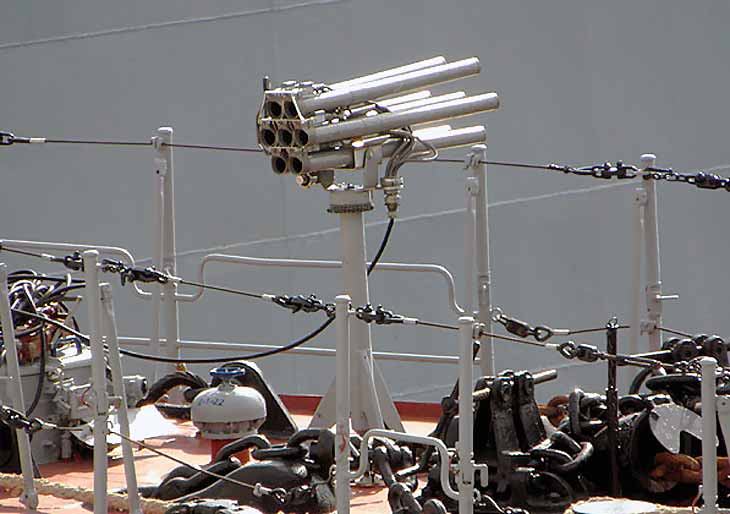 Activating circuit grenade firing is carried out remotely, from up 30 m from the autonomous power source, so that it can be installed in any position, including, and having a stationary power source. In order to increase the kill zone when firing underwater diversionists volley trunks grenade MRG-1 are disposed in non-parallel block, and several separated the sides in such a way, that each of them shot his, a well defined point in the zone.

Shooting from the MRG-1 can be made as single shots, and gulp. Shooting is reactive 55-mm high-explosive grenades RG-55M, and consist of a jet engine with an annular stabilizer and a warhead fuze with. The front part of the fuse has the shape of a truncated hemisphere, thereby avoiding grenades bounce when they hit the water. Fuse, which operates at all angles of approach grenades to water, It has several installations depth of undermining, manually set a special key before loading the grenade into the barrel. 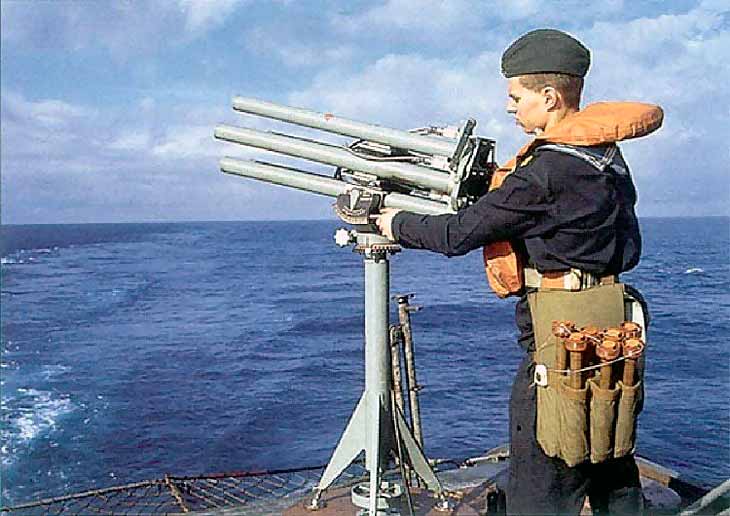 Defeat the enemy frogmen high-explosive grenades is carried out at a distance from the 50 to 500 m. Explosive fragmentation grenade strikes effectively combat swimmer in a radius of 16 m throughout the range of depths, where it is possible to find. Especially effective firing a volley of pre-detected target. In this case, the affected area is increased sevenfold. To indicate the location of detected underwater saboteurs reactive signal grenade GDS-55 was included in the ammunition grenade MRG-1, burning torch which serves as a reference on the water surface for aimed shooting explosive grenades. Starting jet engine grenades carried by electric spark through a bus contact on the annular stabilizer.

Served grenade MRG-1 crew of two people: charging (aka gunner) and operator, directly carrying out the shooting from the grenade launcher. 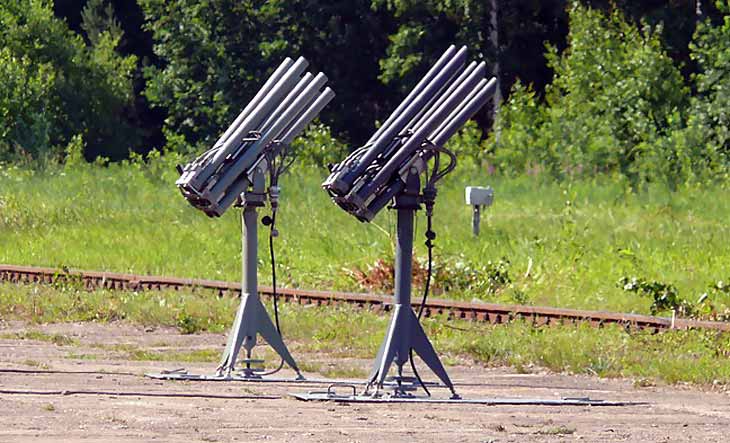 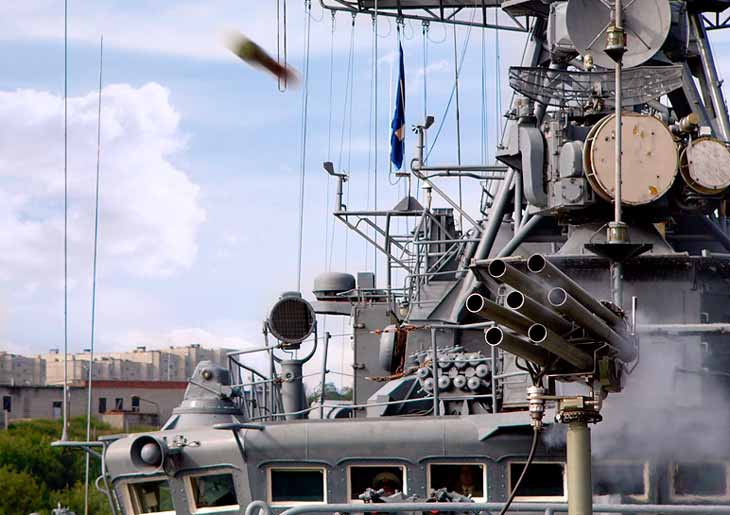