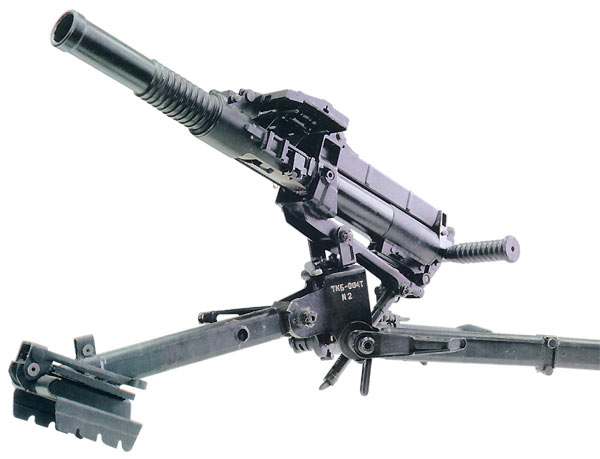 The idea interested in military, and 1980 g. began their approved research projects, and to them hooked creators ammunition from SSPE “device”.

First option, TKB-0134, as well as subsequent, It was a system with automatic gas operated type, with locking bore rotating bolt. Capsule grenades broke drummer, and served as a gas piston, rigidly connected to the bolt carrier. Before moving parts were shot in the rearmost position, feed belt of ammunition on the chambering line occurred during the rollback, the interaction feed lever with shaped groove bolt, and at reel munition hit the trunk and locked last. 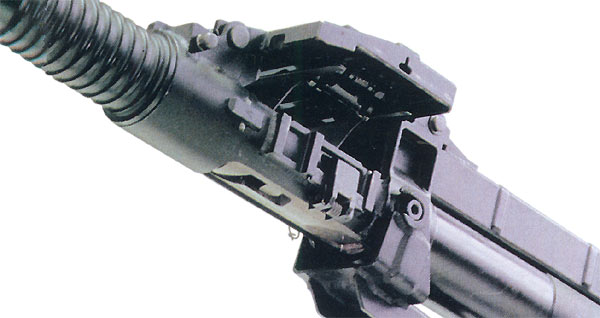 Although automation has been the traditional scheme, this is not true of a very original design solutions. Inside the casing bolt carrier travels along the guide with a gate inside. It is a piston and firing pin, and already there – return spring. In this way, All units are mounted concentrically relative to each other and coaxially with the barrel. This ensured reliable operation of the locking elements, unlocking and supplying ammunition without the distortions and imbalances.

As shown by tests, caseless shots are allowed to create a simple, light weapons with excellent ballistic characteristics. Suffice it to say, that one of the first versions of TKB-0134 weighed with the machine 16 kg, muzzle momentum it had higher, than the AGS-30 “Flame” with the same accuracy of results with automatic shooting. 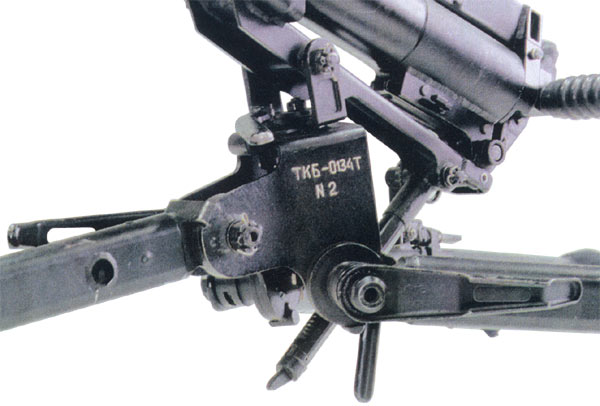 By the end of 1980. Telesh and his colleagues worked circuit grenade launcher, which, After prototype testing, given the name “Kozlik”.

However, TCB-0134 not commercially produced, and in the early 1990s on the basis of its designers in. n. calf, YU.P. Galkin and YV. Lebedev started to create a 40-mm automatic grenade launcher “Balkan”.

TKB-0134 "Kozlik», without machine, view from above

The performance characteristics of TKB-0134 "Kozlik»

TKB-0134 "Goat" is equipped with electric trigger for installation technology