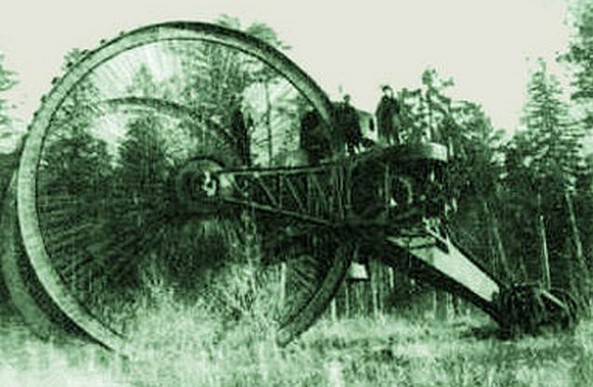 Tsar Tank (also known as the Bat, Bat, tank Lebedenco, machine Lebedenco, sometimes also occurs option Mammoth or Mastodon) - combat vehicle, Nicholas Lebedenco developed in Russia in 1914-1915 years. It is the largest ever built tank in the world. Lebedenco Russian engineer designed an armored combat vehicle in his private laboratory for military inventions in Moscow. The idea of ​​such an unusual car with high wheels originated in Lebedenco, when he visited the Caucasus and saw the wagon. 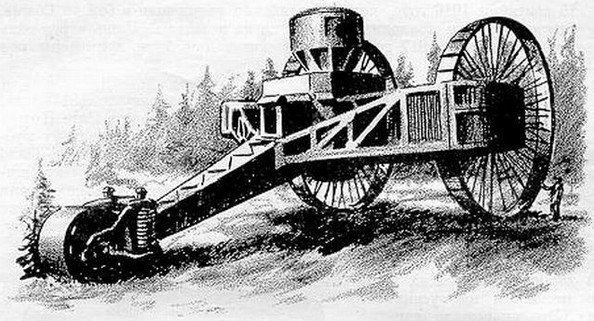 Before proceeding to manufacture forty ton tank, Lebedenco captain and his assistants - students Bauman B. Stechkin and A. Mikulin - produced a smaller wooden copy of the future of the military unit. This project was approved by Nicholas II. It was then created joint stock company for the construction of very large machines. Construction wheeled vehicle Lebedenco conducted in secrecy from July to August 1915 g. In the late summer of that year, wheeled tank was tested in the Moscow region, in the woods near Dmitrov. For testing machines observed military people.

At first, Lebedenco when the tank was on the causeway, everything was fine, but once combat wheeled left on soft soil, the back of her truck wheels stuck in the gutter. Engine "Maybach", which was power 240 l. from., not strong enough to, to pull out the back of the unit from the ditch. Its improvement and engaged in 1916 g. Mikulin with Stechkin. Within the walls of MVTU managed to develop a two-stroke engine AMBS, but this car was imperfect: After working for fifteen minutes, engine failure. In the end, the technical commission of the military department has stopped funding the further development of the tank Lebedenco, t. to. considered, that the "Giant Wheel" will be extremely vulnerable on the battlefield. 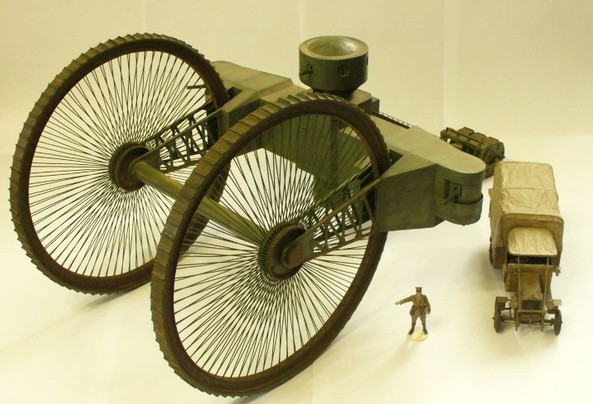 The performance characteristics of Tsar Tank