Creating a new sample was conditioned insufficient time for armor penetration RPG-18 as well as the need to create a single use grenade launcher with a single pipe structure. Starting device grenade - thin-walled tube, which nozzle is connected telescopically. The nozzle is designed to extend in the firing position the muzzle of the pipe. Upon dilution pipe and nozzles make up the trunk of the starting device. PU pipe is made of fiberglass, (The same material used in the RPG-18 grenade), and for the manufacture of polyamide PA6-211 head-DS. 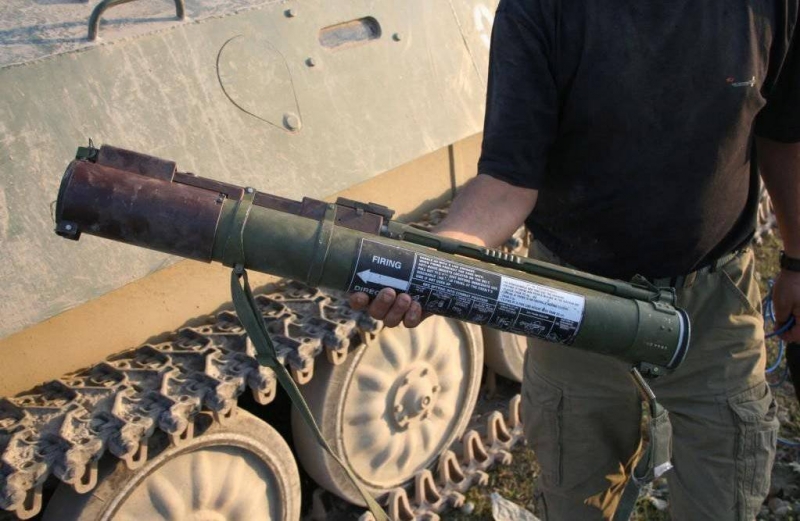 PU RPG-22 closes lids prior to transfer into the firing position. To convert a manual anti-tank RPG-22 in the deployed position of the camp-you must:
– pull the pin, nozzles to push forward all the way, wherein the front cover swings down, bead released from the housing tilts upwardly under the action of spring, taking a vertical position;
– move the rod all the way back, wherein under the influence of spring force and elastic loops back cover turning cleared PU;
– rotate up until it stops safety arch, at the same time trigger is cocked.
At gunpoint are aiming mark with the designation of "5", «15», «25». They correspond to distances on fire 50 m, 150 m 250 m. On the brand "15", which corresponds to the distance 150 m, there are long-range projections. The distance between the protuberances corresponds to the projection of the tank width which is within the required removal.

For firing in low visibility conditions (at ranges up to 100 m) a projection on the fly, and safety rack has a slot. Besides, on a safety stand, which serves for fastening the diopter, plotted marks "+" and "-" are meant for administration temperature corrections for the ambient temperature 0 ° C ... + 50 ° C and -50 ° C ... 0 ° C respectively when fired.
Unlike RPG-18 rocket motor charge is the charge of "brush-type" powder 7/1 TR B / A. The charge beam is a tubular powder, zaschemlon which a front end. This design improves charge a single pulse, It will reduce the engine is running. The head of the grenade is armed with explosive brand "Okfol".

shot manufacturing occurs by pressing the trigger (rear shoulder whispering).
Translation RPG-22 in the stowed position of the fighting is not provided. When not in use grenades provides its unloading the shot.
AT 1981 g. antitank rocket grenade RPG-22 «Net» according to the results of range, as well as the military trials was adopted by the CA., but by this time (more precisely in the 1980 city) It was approved TTZ (tactical and technical requirements) to develop an anti-rocket propelled grenade increased efficiency with RPG-26 "Aglen" (disposable grenade). 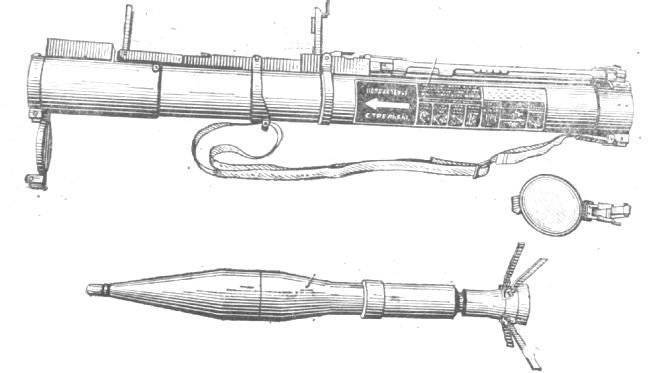 The dimensions of the RPG-22

The speed of the RPG-22 grenade 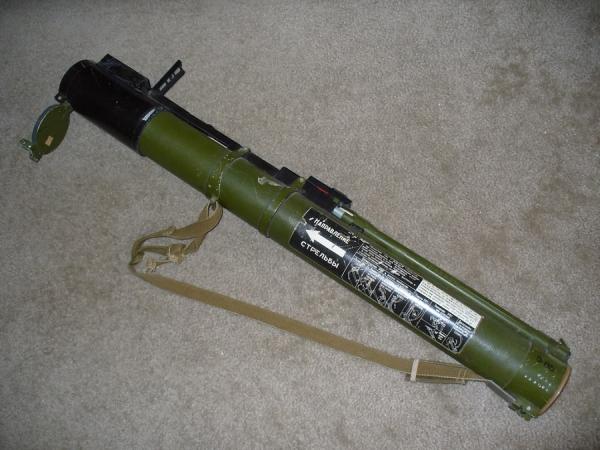