Hand grenade compact RGM-40 "brass knuckles" (RGM-grenade launcher compact), developed in the 1997 by VN. Teles for the Russian Interior Ministry, It designed for combat in urban environments, to defeat unsheltered manpower, as well as manpower, located in open trenches, trenches, window openings, on the reverse slopes of the terrain.

Hand grenade RGM-40 "brass knuckles" was created based on the grenade launcher GP-30 "Obuvka", and, in fact, it is a pistol version. Structurally, the RGM-40 differs from the SE – 30 lack of attachment to the machine. It is replaced by a tubular butt.

RGM-40 is a single-charge system, being charged by the barrel. The base member is the short steel tube, which itself is mounted grenade launcher, sights and retractable buttstock. Grenade provided with a plastic handle fire control, borrowed from the Kalashnikov assault rifle. 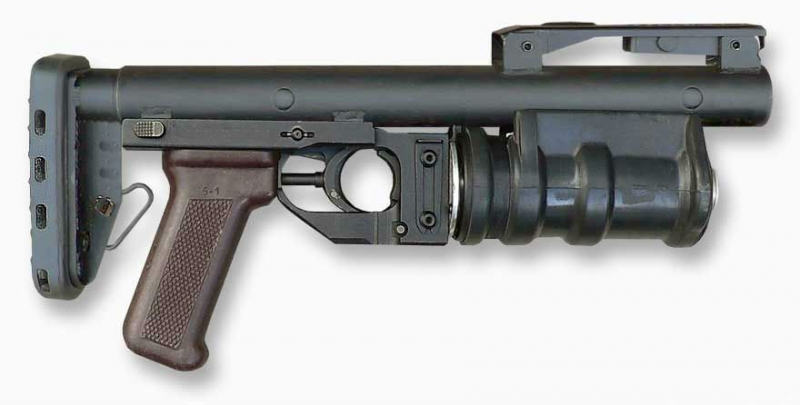 Because of the relatively small mass grenade (2,5 kg) by firing from prototypes impact force exceeds the allowable limit, so we had to change the design of the chambers of the gas grenade, which reduced recoil force. However, In comparison with the GP-25 firing range decreased by approximately 150 and m is 0-300 m. It is believed, that police weapons, which is formally considered RGM-40, this firing range is acceptable.

RGM-40 grenade launcher is open iron sights, consisting of a front sight and a bracket with holes of special shapes for aiming at high-range. they add up and locked when carrying a grenade launcher. 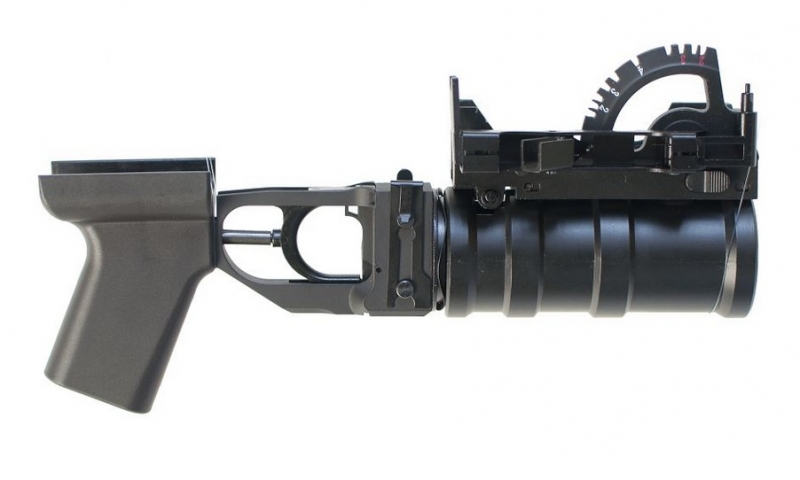 To ensure stability when shooting using a retractable metal stock, equipped with a rubberized butt pad. Provisions butt fixed latch, which is located above the pistol grip button. For firing a grenade launcher used shots VOG-25 and VOG-25P and a special "non-lethal" ammunition at distances up 250 m.

RGM-40 grenade launcher is compact, simplicity of construction and high operational reliability. It has a simple structure, in many parts unified with the system's serial GP-25 and RG-6, which allowed to produce it on an already existing equipment.

The grenade launcher was adopted by the special police and interior troops as a weapon to incapacitate manpower nonfatal using special ammunition (tear, percussion, etc.). 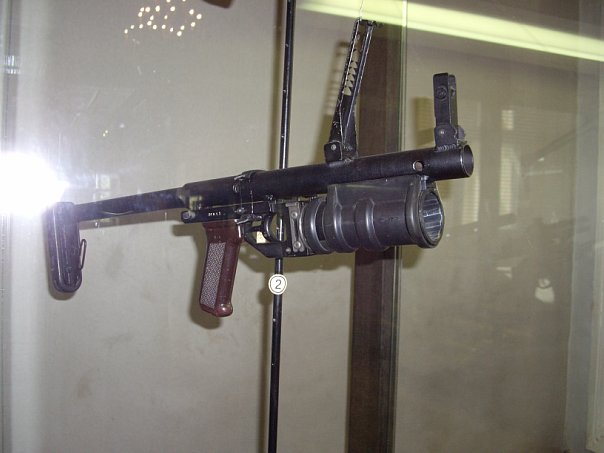