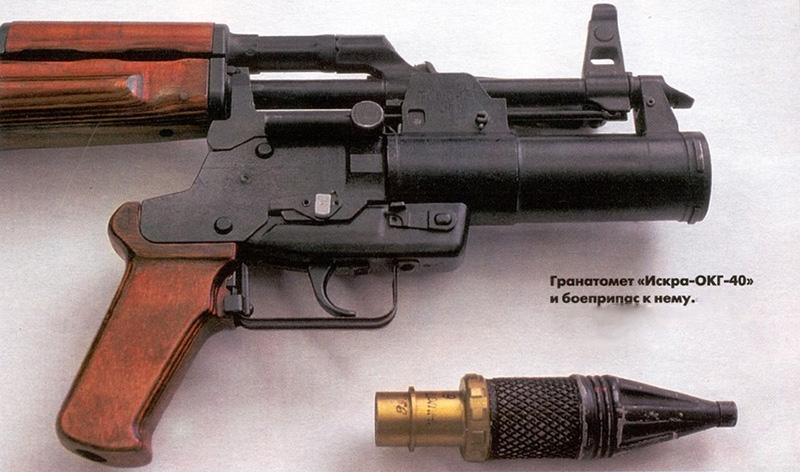 JAG-40 "Iskra" the first Soviet barrel-attached grenade launcher dulnozaryadny was developed in 1965 by a group of engineers Tula TsKIB COO under the guidance of. AT. Rebrykova.

AT 1965 the young engineer Tula Central Design Research of sporting and hunting weapons in the Office. Rebrikov to increase the effectiveness of fire from automatic AKM designed the first Soviet barrel-attached grenade launcher, mortars dulnozaryadny TCB-048. In April 1967 , the development was launched “the firing device and shot with cumulative fragmentation grenade to 7.62 mm. a modernized Kalashnikov”, received cipher “spark”. Within three years of continued testing of grenade launcher design Rebrikova TCB-048 and its modifications TKB-048M (formed by casting). It was a rifled dulnozaryadnoe firing device with a barrel 140 mm, allows to conduct aimed fire plunging fire at a range of 50 to 400 m, ie. of the maximum throw a hand grenade to the minimum firing range of mortars. 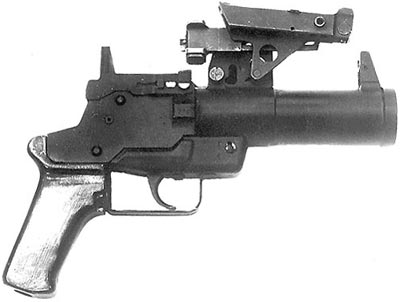 The constructor of the same to the Office. Demidov made under it fragmentation grenade cumulative TCB-047 (RCC-40). Soon other Tula gunsmith in. Teles started designing for grenade “spark” TCB shot sound muffler-069 under the symbol “Torch”. Grenade mounted under the barrel machine AKM / AKMS on node attachment bayonet-knife. For firing angle fire at a distance 60 – 80 m with elevation angles 80-85 degrees grenade had a special crane device, which allows to reduce the initial speed to grenades 55 m / s. another feature “spark” it was, that the muzzle grenade launcher and machine are at the same level, thus allowing to control the position of the weapon when firing from embrasures and not interfere with firing ammunition nadkalibernymi. 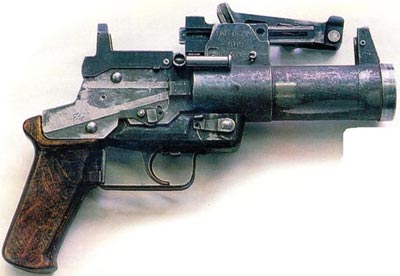 “spark” in addition to the regular grenade RCC-40 shooting and allowed warhead PG-7 grenade (of the RPG-7). However, the grenade launcher “spark” and a fragmentation grenade cumulative RCC-40 ground tests have not sustained, and their completion has been recognized as inappropriate. numerous claims, made during the test, is the difficulty of sighting “spark”, a sudden change in the battle machine with a grenade launcher attached to it, significant impact of the complex when fired from a grenade launcher, at 5 times the energy of recoil when firing cartridges of AKM staff. Such strong recoil leads to the impossibility of firing a grenade launcher with an emphasis rifle butt in the shoulder.

Due to some errors in the structure during firing from a grenade launcher at a part of grenades was observed violation of flight. They fell to the ground sideways or backwards, that triggers the detonator not from the impact of action, but by self-terminator, reducing, in this way, the effectiveness of fragmentation munitions on target. Besides, experts did not agree with the new armor and grenades. Test results showed, that JAG-40 grenades at the shooting of 30-mm armor plate at an angle 45 degrees provide only normal 33-57 % broken.

Therefore, work on “spark” at the beginning 1971 years finally stopped, but the idea of ​​creating an effective close combat, how he established itself attached grenade launcher, was not forgotten.

The performance characteristics of the laser-40 Iskra 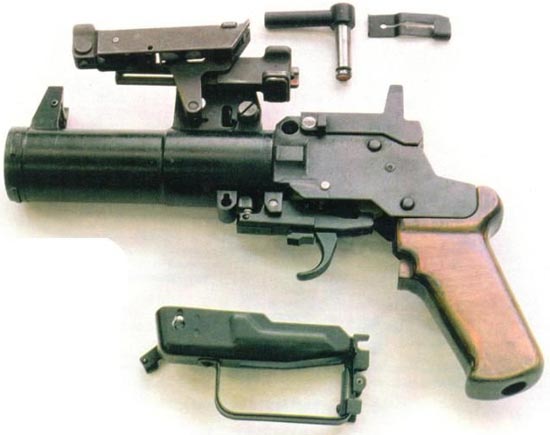 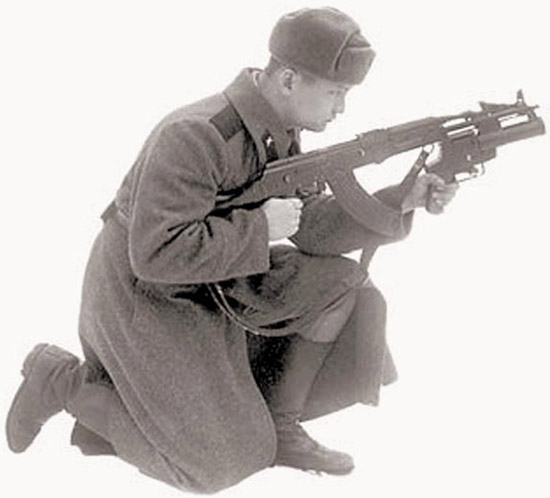 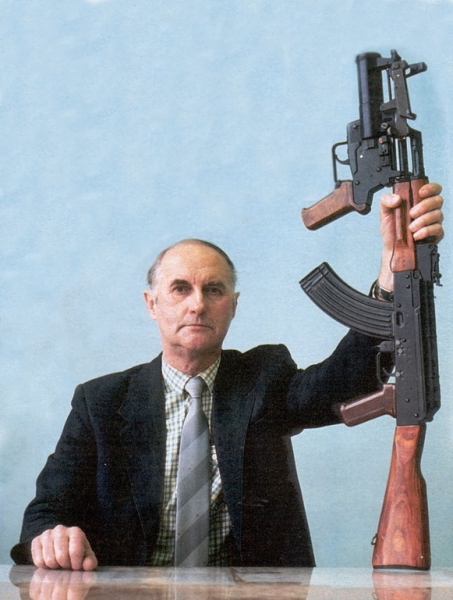 Comments
Subscribe
news
interesting
news The General Staff of the Armed Forces of Ukraine acknowledged the loss of Severodonetsk, Voronovo and Borovsky 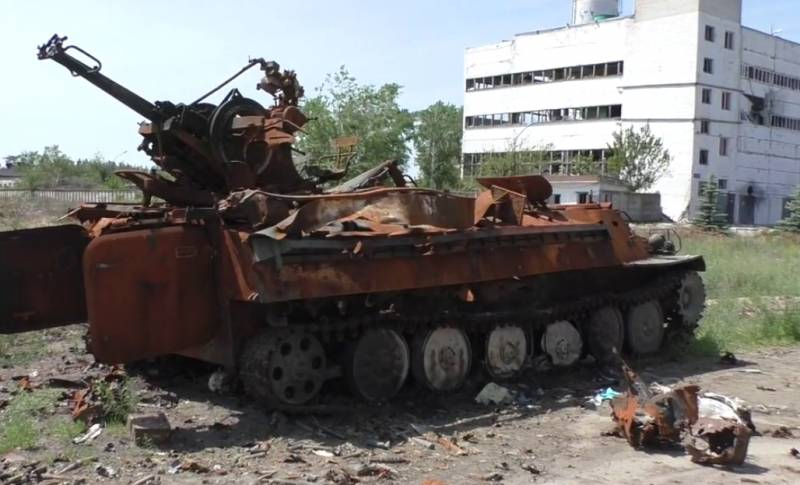 news Chinese Ambassador to France: We will take back Taiwan by any means necessary., including the military 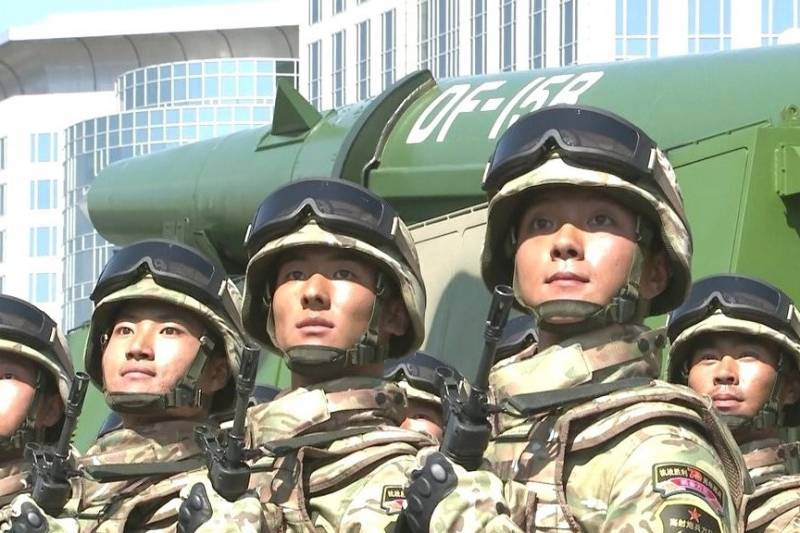 news In the Kyiv region imposed a curfew for a week, but then they changed their mind 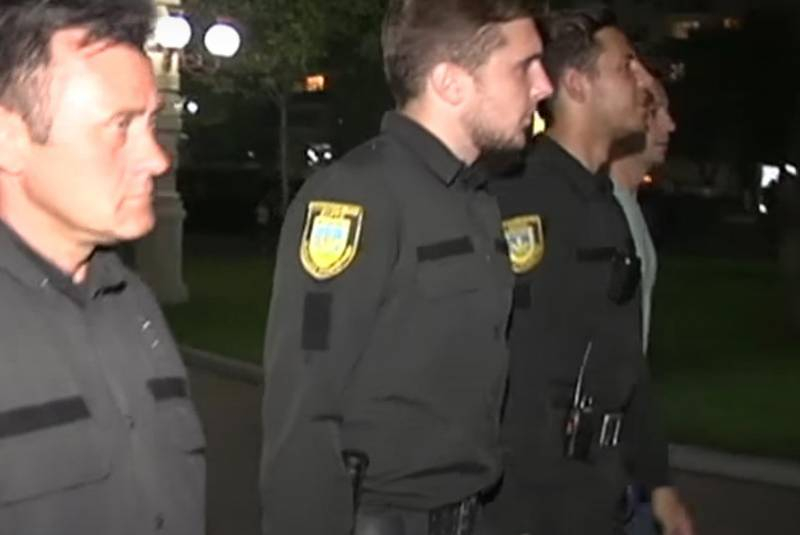