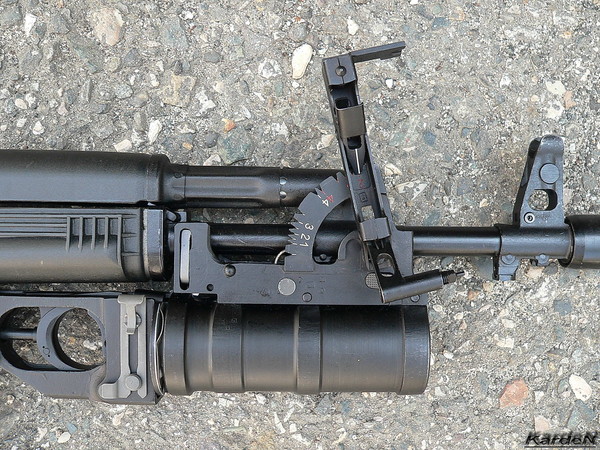 It was the first experience of creating such weapons in Izhevsk, but the designers managed to solve the problematic issues of mutual adaptation of the Kalashnikov assault rifle, grenade launcher and grenade launcher rounds increased power. GP-34 launched in 2005 year at the Izhevsk arms factory and received index Grau – 6G34. 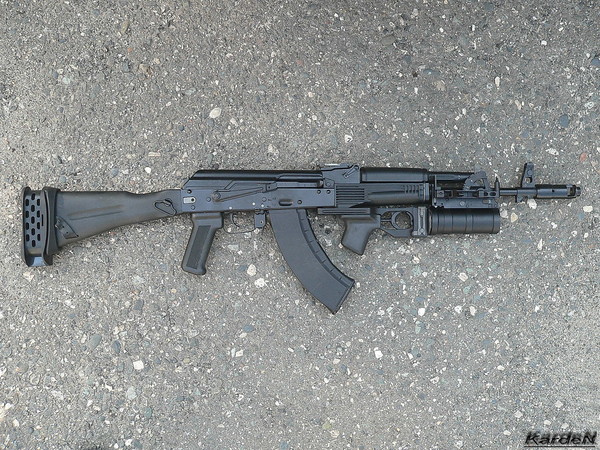 First and foremost, unlike the GP-34 from its older counterparts – improved security. In particular, additional devices do not allow the loss of grenades “podstvolnika” with a negative slope of the barrel, as well as eliminate the possibility of heating the capsule grenades when loading. Improved extractor – it allows you to extract unused shot from a grenade launcher in any, even the toughest, conditions of (under strong fluctuating temperatures, various contaminants). Changed and sight design – it provides a convenient and quick aiming at conducting flat and curved firing. AT 2006 year the first deliveries of the SE-34 were carried out, including abroad. 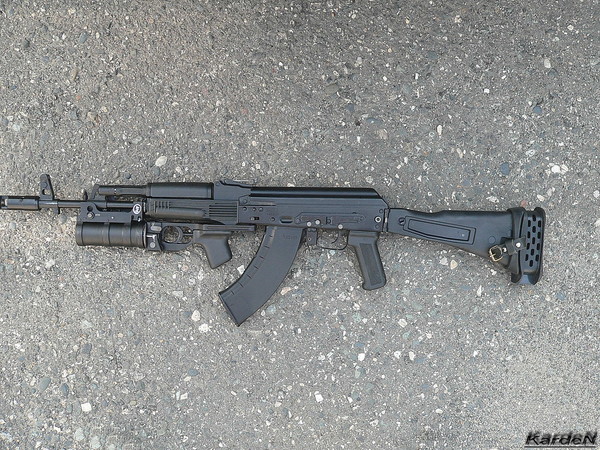 Lightweight and compact, single-shot under-barrel launcher GP-34 is designed to defeat unsheltered manpower, as well as manpower, located in open trenches, trenches and reverse slopes of the terrain at a distance from the 100 to 400 m. SE-34 is used with rifles calibers 5,45, 5,56 and 7,62 mm of production of JSC "Concern" Izhmash ": AKM, AKMS, AK74, AKS74, AK74M, AK101, AK103 and AH-94. If necessary, the shooter can to fire a machine gun during a grenade. Grenade received index Grau – 6G34. 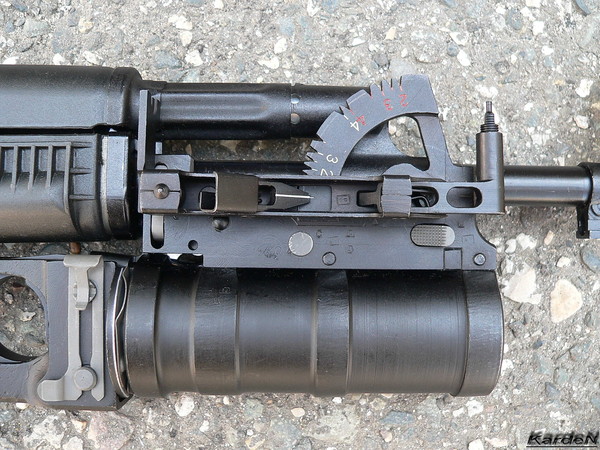 The under-barrel grenade launcher GP-34 is an improved modern design and offers the following advantages:

Reliability
GP-34 is designed and tested specifically for the Kalashnikov assault rifle, It installs quickly without any additional adapters. Increased reliability design, allowing the machine with a grenade launcher mounted to withstand the test of the cast on the concrete without pinholes and cuts grenades (incl. with folded butt)

Range for the GP-34 - from -50 to +50 FROM. Assigned resource grenade – 400 shots. Term storage in preservation (packing) manufacturer warehouses – 7 years from date of manufacture. 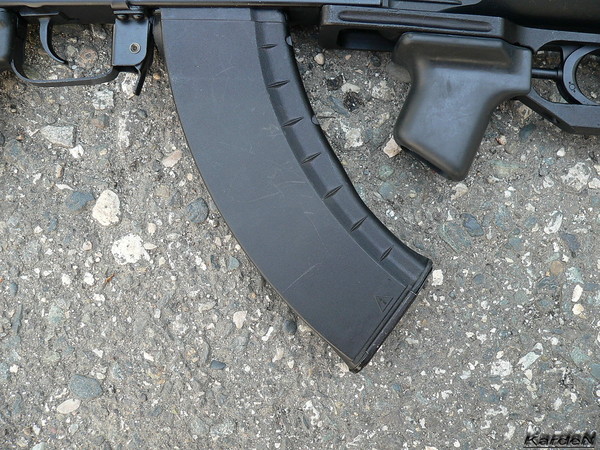 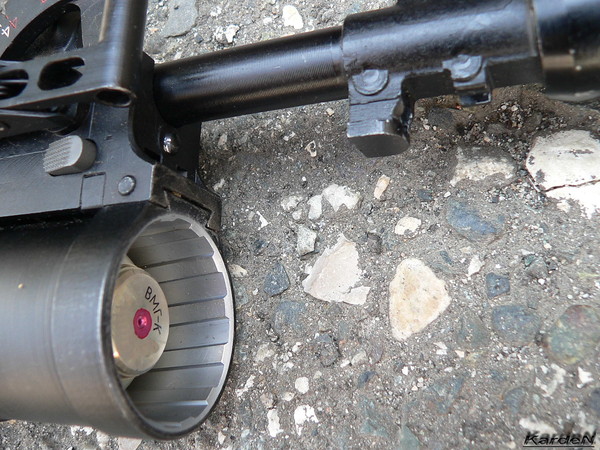 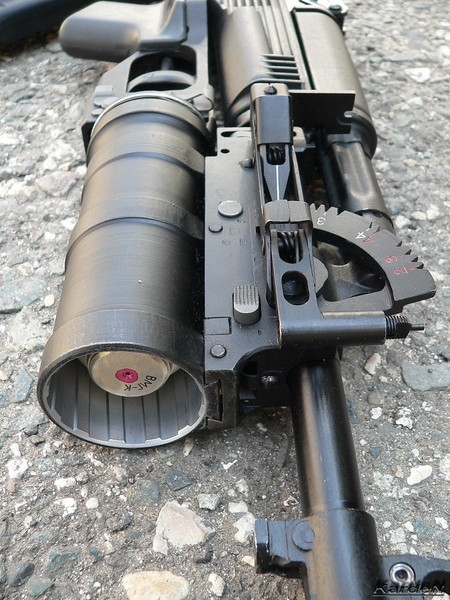 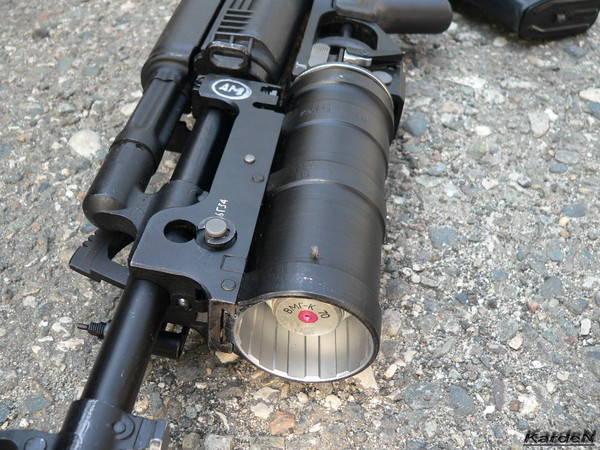 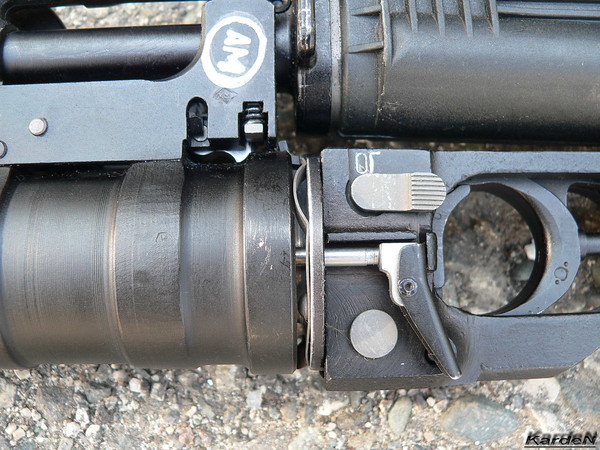 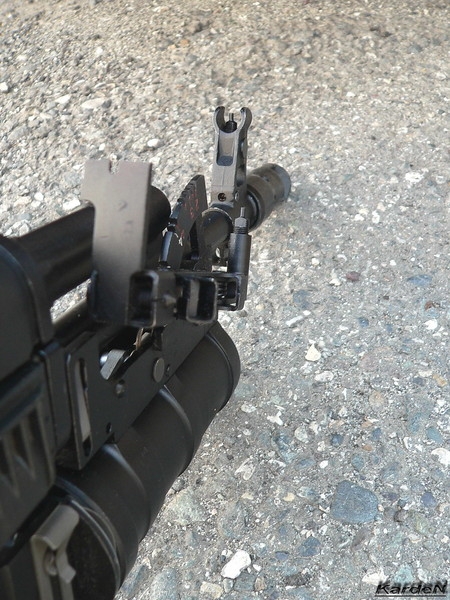 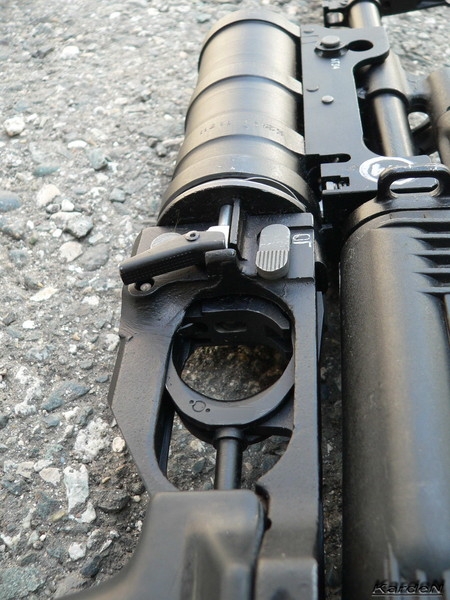