Russian Ministry of Defense set a date for delivery in the battle of the new double-barreled rocket-propelled grenade - RPG-30 "Hook", created an NGO "Basalt". AT 2009 , a new rocket launcher has successfully passed a series of state tests, after which it was decided to supply data to the grenade Russian Army. Setting new RPG troops will begin in November 2013 of the year. According to the newspaper "Izvestia", military purchased 1000 grenade. The amount of the contract for the supply of the RPG-30 (It was concluded at the end of 2012 of the year) was 83 million. rubles, and therefore the cost of each grenade is 83 thousand. rubles. The first thousand new RPG will be transferred to the district warehouses in Central and Southern military districts, where the grenade will be transferred to the brigade.

Antitank grenade launcher RPG-30 "Hook" (GRAU 7P53 index) - a single-use weapon, Twin-Tube. In a cylindrical container of greater diameter is 105 mm tandem hollow antitank grenade PG-30. Below is a smaller diameter container, which houses the simulator targets. Its purpose - activated when approaching the target of active defense enemy equipment and software conditions, in which the main tandem warhead could destroy the target without hindrance.
New Russian RPG-30 "Hook" surpasses its predecessor the RPG-29, "Vampire" in the compact - the length of a little more than 1 m, against 2 meters at the "Vampire". In this case, the RPG-29 quite well in modern military conflicts, for example, in Syria, where it has been repeatedly demonstrated tremendous penetrating power. It is in service with the Russian Army RPG-22 and RPG-26, costing the budget about 30 thousand. rubles apiece. "Hook" costs 2,5 times more, but it is justifiable waste of money.

The army say, that the transition to a new RPG-30 grenade launcher should not be accompanied by some difficulties for personnel. certainly, new grenade launcher because of the presence of 2 trunks requires a special grip and may first appear, that keep him uncomfortable, but to this it features soldiers get used to after classes couple. Feature grenade in, simulator that it is fragile, so the RPG-30 should be used rather cautiously, said the officer service missile and artillery YUVO.

According to Vitaly Moiseev editor of the site "Courage 2004", acquisition of new Russian grenade launcher - is another step in the continuation of the eternal confrontation between defense and attack techniques. Russian armed forces must be ready to fight any opponent, which has an obsolete or high-contrast armament. maybe, in the very near future, the number of countries, who equip their armor active protection, repeatedly grow. In this regard, the presence of Russian military ordnance such as the RPG-30 "Hook" will be the place.
By developing the new means of destruction of enemy tanks and armored vehicles in the state scientific-production enterprise "Basalt" started back in the mid 2000 years. The newest RPG-30 "Hook" was developed for the destruction of all types of the armament, as well as promising models of armored vehicles, and unarmored targets, enemy personnel and secure fortifications and gun emplacements on the battlefield. This anti-tank weapon system able to overcome all possible active protection (KAZ) tanks and other armored vehicles, which have been developed to the beginning of the XXI century in the various countries of the world.

Grenade RPG-30, certainly, It refers to new ways to combat enemy armored vehicles. For a long time it is known to use a special kind of armor against shaped charge warheads. This armor is called active-reactive and consists of exploding plates, which form the total detonation chain. At the moment of impact of the projectile detonation occurs plate, which affects the shaped charge jet. At this point the jet deviates from the position of initial contact with the armor targets, which significantly reduces the effect of its impact. 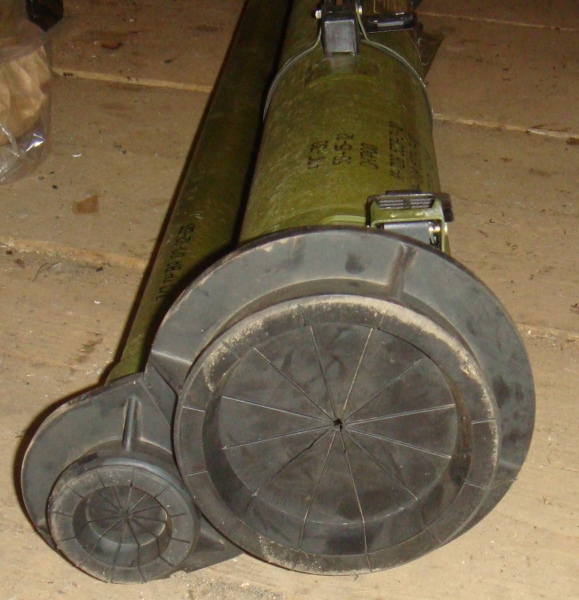 Retaliatory step by the attacking side was the use of tandem jet ammunition. Warhead such projectiles consists of 2 parts: the initial charge, which acts as a reactive armor plates of the detonator base charge and, which is triggered after the specified period at that moment of time, when the goal has been deprived of the dynamic protection.
However, designers have found a justice and tandem ammunition. The next step was the development of active protection systems. Examples of such systems can lead to all the well-known Russian "Arena", Israel's highly publicized «Trophy» system, as well as the development of promising American FCLAS. These systems detect approaching tank shot and launch a projectile to meet him, seeking to undermine or destroy anti-tank weapons or explosive shock exposure. For these purposes inert dense metal elements can be used, who at the time of the explosion fly through the air like mikroshrapneli. It is assumed, that such remedies have a limited radius of destruction and can not cause harm to their own troops, the nearby.

RPG-105 equipped with 30-mm ammunition tandem, which is able to pierce the armor of steel of a thickness exceeding 600 mm, located behind ERA. The main feature is the use grenade 2nd tube, from which the shot is performed rocket trap smaller caliber. This rocket-trap is a part of this rocket, which is ahead on the approach to the main purpose warhead. The essence of this idea is, that the system of active protection of the tank destroys rocket simulator and can not immediately hit the second, real threat. According to Russian experts, known KAZ able to destroy a second goal after the minimum time interval, which equals 0,2-0,4 from. At the same time a grenade PG-30 to the goal in less time, that leaves all active protection systems out of work.

RPG-30 "Hook" was created with the use of unique and innovative hand-held anti-tank weapons to bikolibernoy design, using the simulator targets. Structurally, it is the 2nd parallel pipes of different diameters, where missiles deployed. The ends of both tubes are covered with a rubber membrane spade, which break when a shot. Grenade single device equipped with an aiming mechanism and a trigger. RPG-30 is equipped with a folding iron sight. Bringing the grenade into the firing position is performed by lifting up the sight strap and cocking trigger.
The larger the diameter of the main container is 105 mm tandem hollow reactive antitank grenade PG-30, which largely repeats the same ammunition for an earlier version of the RPG-29 «Vampire». This grenade launcher could be well enough to prove in the defeat of the Israeli "Merkava" tank during the second Lebanon war, as well as the American M1A2 "Abrams" and British Challenger 2 during the second Iraq war. The smaller the diameter of the container is a missile simulator targets. It has identical with the main path grenade, as well as the radar signature. Means active protection of the tank it is determined, as an attacking tank rocket-propelled grenade, and causes the system operation.

RPG-30 The principle of operation of the work

It is at a distance shot (Effective range 200 m) to an armored enemy object, thrower takes aim and is fired from an RPG-30 "Hook". At the time of the shot there is an operation of propellant charges of both shells. In this case, the target simulator comes out of the barrel first, the main ammunition PG-30 starts after a short delay. Modern tanks KAZ, actuating on the projectile simulator, unable to respond to the next for him the main antitank grenade. As a result, munition main cumulative hit the main armor layer, It affects the equipment and the crew inside the tank, causing fire and undermine ammunition.

The performance characteristics of the RPG-30 Hook

The dimensions of the RPG-29

The speed of the RPG-29 grenade 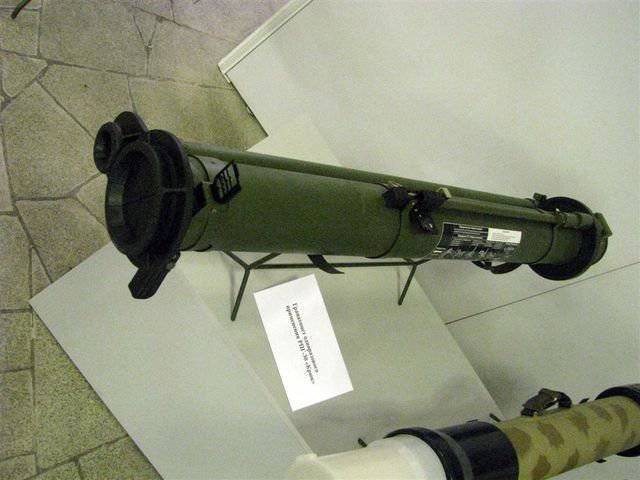