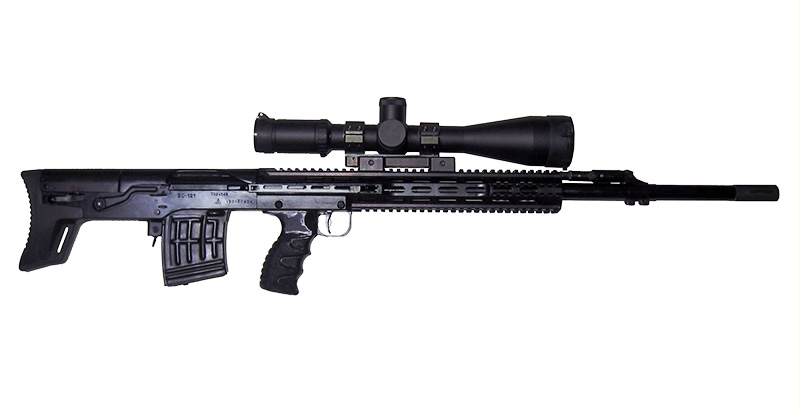 BC-121 - a Russian sniper rifle with bullpup layout. Developed design and technological center of the Izhevsk Machine-Building Plant based on SVD.

AT 2013 year in the walls of engineering and technology center "Izhmash" rifle was designed, which, though built on the basis of SVD, however, it represents a new stage in the development of combined arms sniper weapons. The product is called BC-121 even their appearance suggests: the future is already here. Though issues rifle ammunition store, that resembled "SVD shny", of AGI in the new product remained the only reliable.

Employee OTC "Izhmash" Alexei Dolbilin gave some details about the new rifle:
"First of all, of course, attention is drawn to the unusual layout. Bullpup was chosen, because it has a number of significant advantages over the classical scheme. Relatively ammunition can say the following – Now for the VS-121, the normal-caliber ammunition 7,62, similar to those, who were used in the SVD, but, "Izhmash" underway is working on the development of advanced weapons. Which ones, I will not say it is. Relatively ergonomics - "Izhmash" go with the times, and likewise, as is the case with the AK-12, BC-121 is equipped with slats "Picatinny" for attaching any sighting devices and additional equipment. new rifle weighs about 4.5 kg, that the level of the previous generation of rifles. Concerning the work of automation and trigger mechanism: there will also be innovations. Since the former rifle has served the country for over fifty years and let down, new to be not only, that reliable and equipped with modern fail-safe mechanisms. At this stage, the rifle can be equipped with a silencer silencer, which makes it attractive to service not only the Ministry of Defense, but also in federal agencies, such as the FSB ". 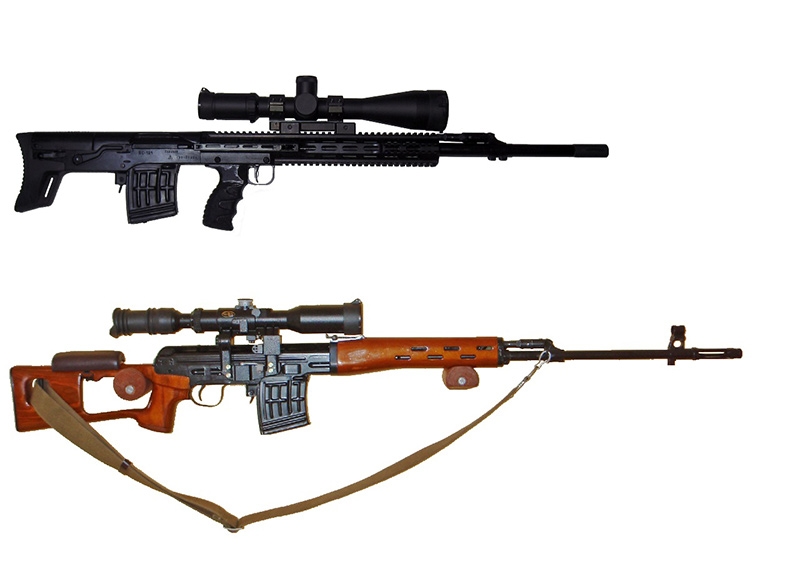 Compare BC-121 rifles and sniper

VS-121 – indeed the long-awaited child "Izhmash". On a par with the AK-12, a new rifle has so much waiting for the troops, that constantly, when they met at exhibitions officers tortured representatives of the "Izhmash issues: "Well, So when?». there is every reason in the case of BC-121 believe, The new rifle – real wolf in sheep's clothing. Weapons should be a worthy replacement brainchild Evgeny Fedorovich Dragunov and continue the glorious history in the Russian army.

Bullpup layout possible to reduce the length and weight of the weapon while maintaining the length of the barrel 620 mm and weighing no more than 4,5 kg. The barrel is made by electrochemical etching. It is also expected to use the method of gouging and cut trunks with manufacturing. Unlike its predecessor, rifle equipped with a new trigger mechanism. BC-121 is equipped with a silencer and tactical ability to install four Picatinny rail of any of optoelectronic devices used in the sniper case. Open sighting devices has not. Automation is based on the principle of removal of powder gases from the bore. Unregulated shock-type firing mechanism. It is supposed to develop a new type of USM.

The VS-121 rifle uses the same cartridges 7.62mm, as in the SVD, but the "Izhmash" is developing a promising new ammunition.

The performance characteristics of the BC-121

Dimensions of the BC-121 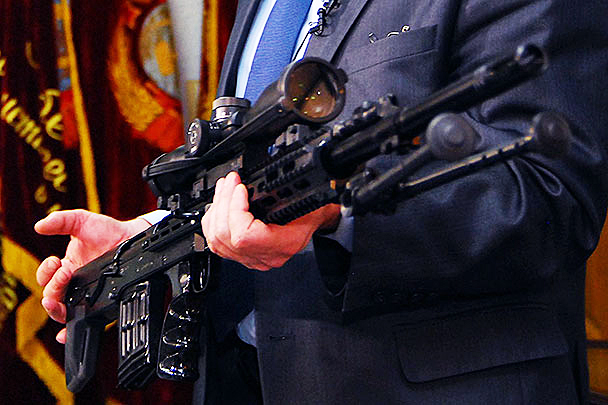