When in 1948 year was proclaimed the State of Israel, armed forces were equipped with technically obsolete multiply sniper rifles from the United Kingdom, the number of which is not consistent with the needs of. Therefore, the first to exit from this situation in the sniper rifles were converted Swiss carbine model 1911 and carbine model 98. manufactured in Germany. Both are multiply charged carbine weapon. 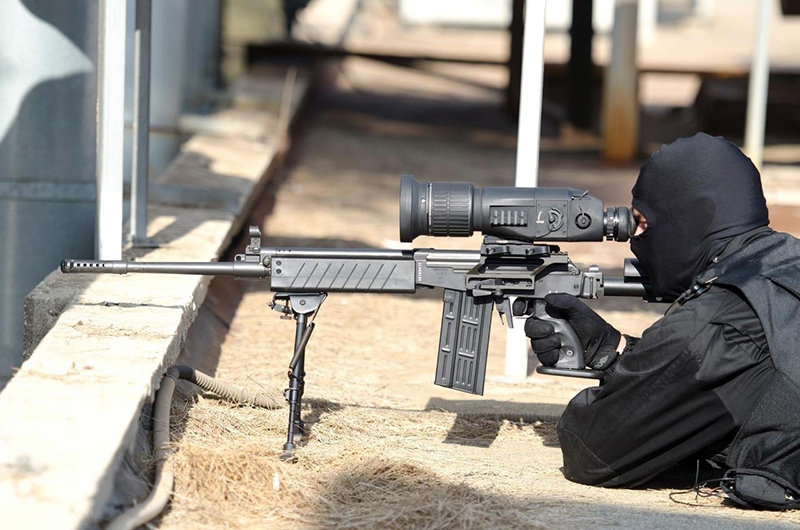 in the seventies, only private initiative, small company began production of self-loading sniper rifles, which were also not proprietary and is available in small quantities. These were the Kalashnikov AK System 47, who converted to fire rounds of NATO standard 7.62×51, accordingly redesigned and named after the designer of the Israeli self-loading sniper rifles Sirkis. It was lengthened gas channel, added entirely new front handguard and bipod, Besides, manufactured muffler. The weapon was fitted with a telescopic sight, which could be replaced with a night vision device. The circumference of the dispersion medium weapons at firing range 600 m is 200 mm. 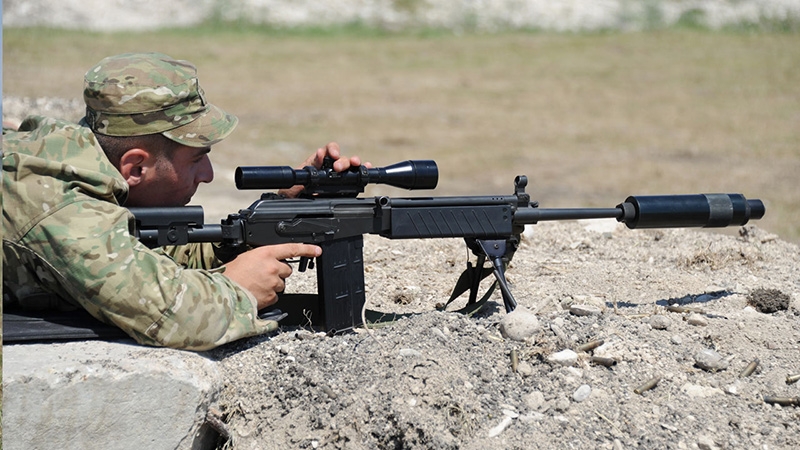 Private firm was later bought by the state enterprise Israel Military Industries (IMI) in Tel Aviv, Sirkis rifle design was refined and used in modern weapons. FROM 1983 IMI produces weapons, Design and whose actions match Galil system, but based on the experience of making and using the rifle Sirkis, - semi-automatic sniper rifle Galil (GALATZ).
The principle of operation is based on the use of rifle powder gas pressure. The weapon has a revolving gate and is intended for firing single shots. The special ammunition used as ammunition 7.62×51. Bullet cartridge FN-match weight 10,9 z has an initial velocity 815 m / s, Bullet cartridge 118 M-match mass 11,2 g - 780 m / s. On distance 300 m is from scattering radius 120 to 150 mm. at a distance 600 m - 300 mm. 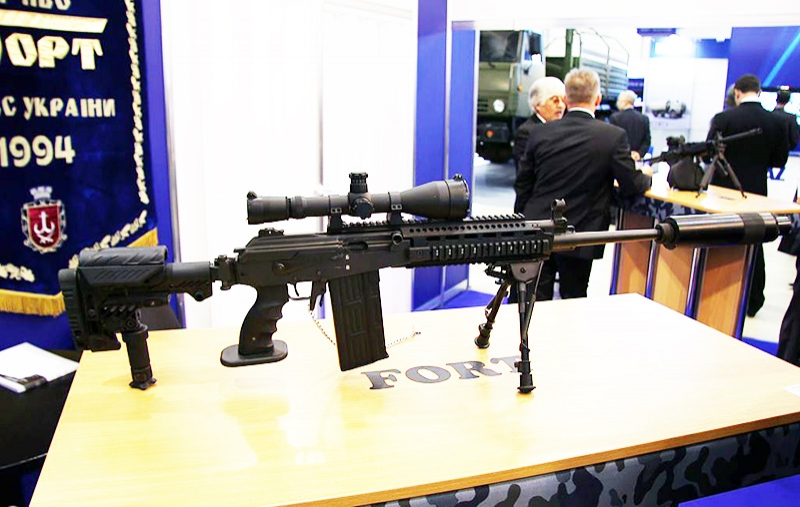 Galatz under the name Fort 301 of the Ukrainian company "Fort".

The length of the line of sight sniper rifle Galil (GALATZ) — 475 mm. Optical sight, shifted to the left along the longitudinal axis, optics has a four-fold increase, and can be replaced with a night vision device. wooden butt, equipped with rubber shock absorber and plate for protection of the cheeks, when transporting folded right. By handguard attached bipod, which also develops. The barrel is equipped with a silencer. slicing step length is 305 mm. 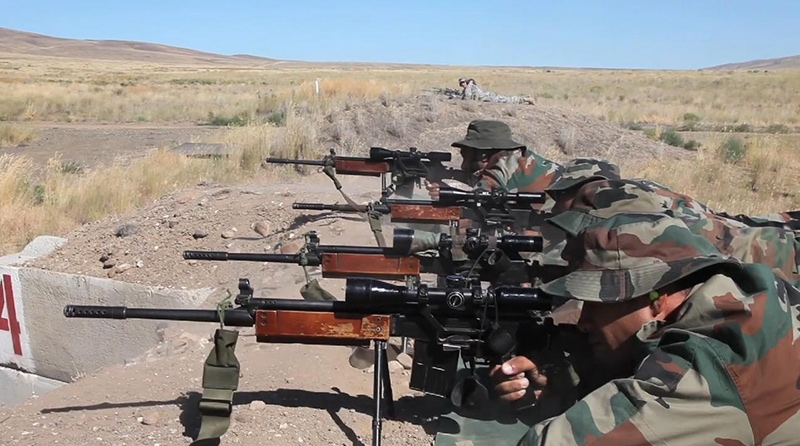 Galatz on bipod with a shop on 12 rounds

Galatz with a shop on 25 bipod folded cartridges