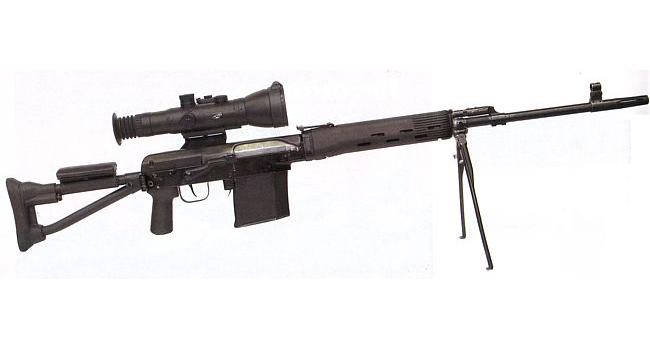 AT 2006 by the Russian Army, after passing extensive tests of the State within the framework of the ROC "cracker" (OCD-96, CB-98, ASVK, SVDK), put into service a new semi-automatic 9-mm sniper rifle, received the designation Dragunov sniper rifle large-caliber (SVDK, ind. 6V9).

The barrel in its rear part (for venting unit) stowed in steel perforated casing, which relieves the load on the trunk, attached to tsevyu or bipod. Housing itself is completely hidden inside the plastic handle tsevya.Pistoletnaya and folding metal butt sideways inherited from a sniper rifle SIDS, but the rubber butt plate area increased markedly for better control of the grown-impact oruzhiya.Ot receiver, under the barrel is the bus (polutrube) which is attached to fry racks fixing elements, and a front ring fixing barrel nakladok.Plamegasitel, in fact, repeats the integrally cast structure of native flame arrester SVD, however, it has a slightly more streamlined outer profile, without arm rest bayonet knife with his lack of opportunities ustanovki.Vintovka equipped with integrally cast with folding bipod and fixing racks, through slits in the handguard.

Like the rifle SVD, SVDK equipped with open adjustable sights and a special bar on the left side of the receiver, serves for quick-installation brackets for optics. SVDK regular sight for a riflescope 1P70 "Hyperion" variable multiplicity 3-10x (also possible to use a fluorescent-night sight 1PN112). Sight adjustment has built-in range of the aiming mark, but different heavy and excessive cost (in comparison with Western counterparts).According to the data from different sources, precision characteristics of a sniper rifle SVDK, almost completely replicate the characteristics of SVD, except that, on the same ranges and with the same accuracy of fire, It uses a more powerful cartridge. 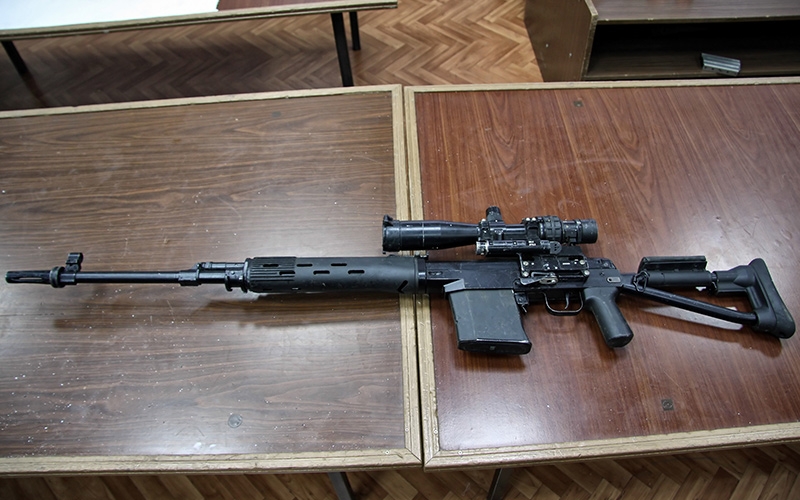 Some sources indicated, that the rifle should occupy a niche long-range sniper weapons, but no ballistics cartridge 9.3h64, or properties of the rifle does not allow this property to compete with Western sniper complex under the long-range ammunition type .338 Lapua Magnum.Effektivnaya firing range for SVDK stated order 600 m. 9.3h64 cartridge 7N33 is designed based on hunting cartridge 9.3h64 Brennecke, Originally created for hunting big game. In this embodiment, 7N33 cartridge having a bullet weight 16.5 grams with a steel core. The initial speed of a bullet is fired from SVDK – order 770 m / s, muzzle energy of the order 4900 joules. At a distance of 100 m declared 80% the probability of penetration of armor plate thickness 10 mm. 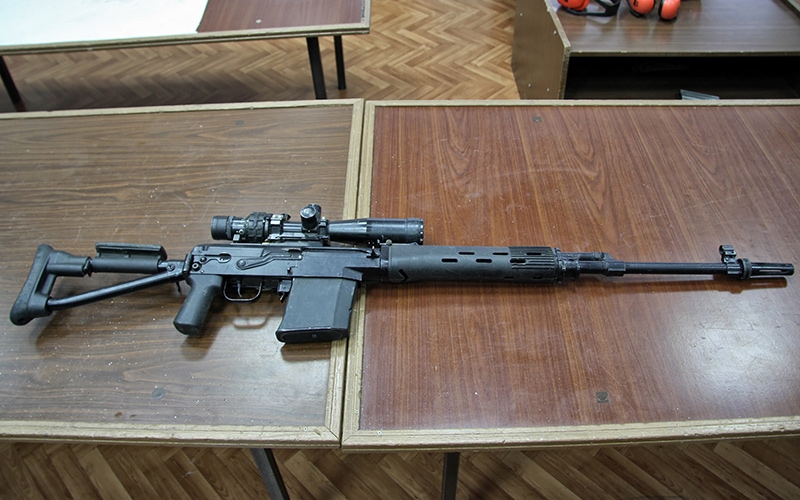 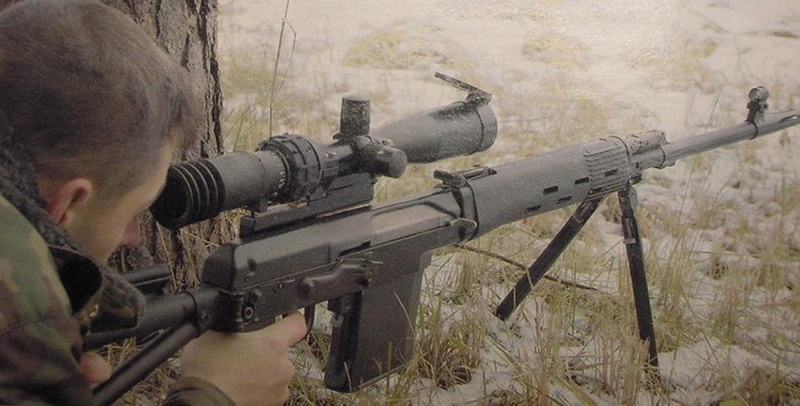