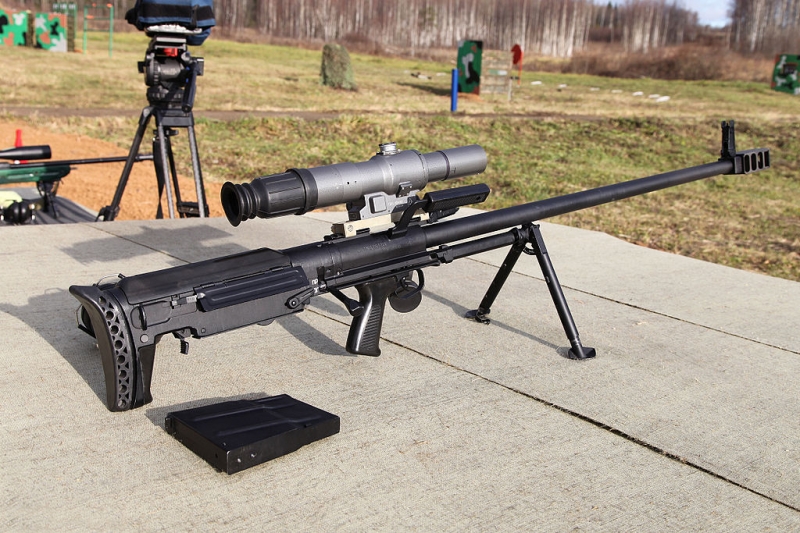 Work on the creation of large-caliber sniper rifle, with the circuit layout mechanisms "bullpup" In the name of the plant. A. Degtyarev Kovrov began in 1996 year. team of designers, worked on a fundamentally new type of weapon, He headed by Vyacheslav Negrulenko. Two years later, at 1998 year, Rifle was created, dubbed SVN-98, which went to the first experimental series. At the base of SVN-98, the same team of designers, at 2000 year, rifle was designed as KSVK, Like its predecessor, who had gone into the test series. After rigorous testing and trial operation in the existing armies, at 2004 year, all by the same authors, even more perfect rifle was created, which was named KAFP ("Army sniper rifle large-caliber"). It is this pattern of weapons, beginning with 2004 year to date, It was launched in volume production. 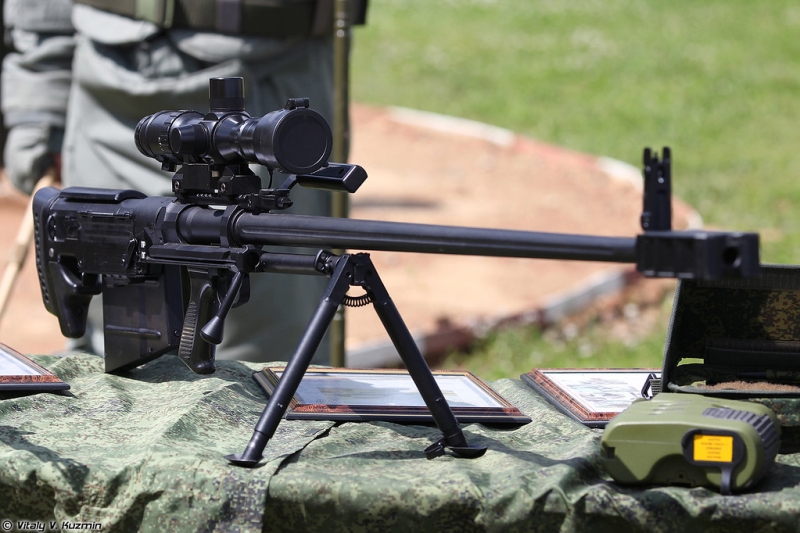 AT 2013 year anti-materiel rifle KAFP was adopted by the armed forces of the Russian Federation under the name of "12.7 mm sniper complex 6C8». 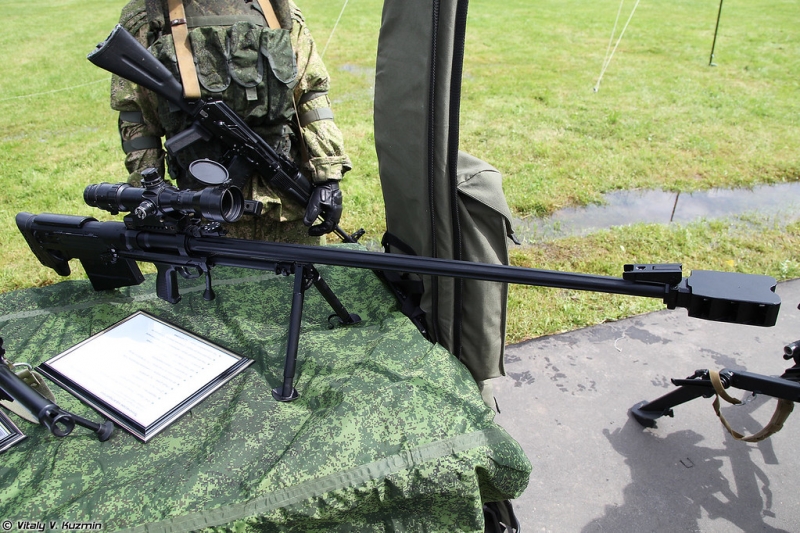 Technically it represents 5-charging rifle with a longitudinally-rotating bolt, arranged according to the scheme bullpup (Such an arrangement is possible to reduce the total length of weapons to 1420 mm while retaining significant stem length - 1000 mm).

Submission of ammunition when firing is made from box magazine. The receiving hole is situated between the butt of the pistol and fire control handle. Store provided with a plastic lining, you can use it as additional support for the left-hand arrow. Release of spent cartridges produced through on the right side of the receiver box box, which is in the stowed position, closes the lid.

The trunk of the "floating" type, mounted in cantilever fashion in the receiver and is not in contact with other parts of the rifle, manufactured by cold forging. The barrel is mounted muzzle brake, reduces the recoil force in 2,5 fold.

Used when shooting bipod, which are attached to special rod receiver. In the stowed position, they fold forward.

Butt plate is provided made of a porous absorber material. This allows the shooter to make a few dozen shots, without experiencing discomfort in his shoulder. 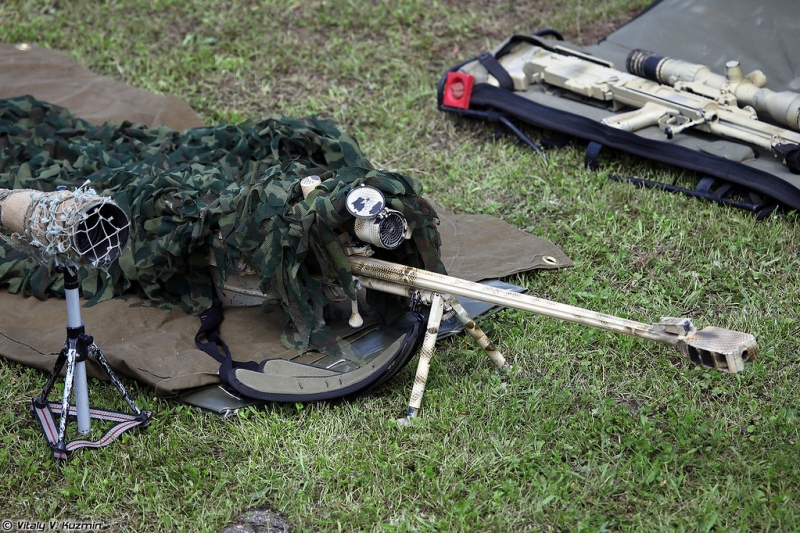 Rifle equipped with iron sights, including front and rear sights, mounted on a rib, which can be used also as a handle for carrying rifles. When installing an optical sight, this rib tilts to the right. The standard optical daytime and nighttime electron-optical sights. Optical and night sights are set on a special guide, fixed on a bracket on the left side of the receiver.

Stated manufacturer average dispersion diameter is about 160 mm at a distance of 300 m (without the use of special ammunition). guaranteed life, rds. − 3000.

With proper care and cleaning of the barrel can withstand 4-5 thousand shots. 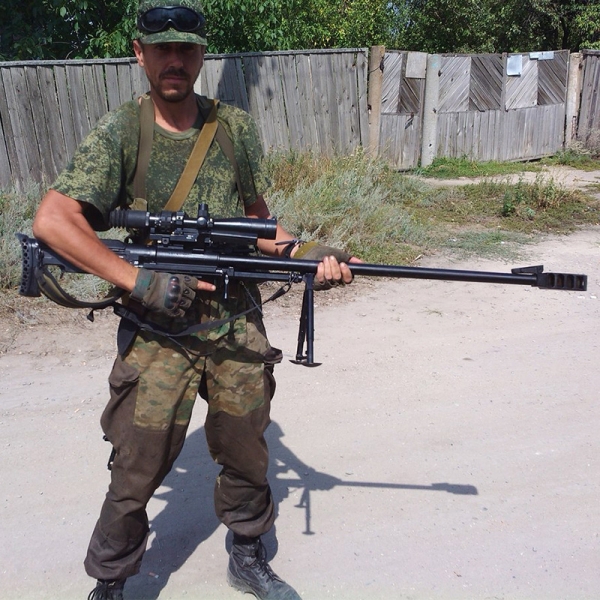 It was used during the Second Chechen War;
DNR applied soldiers during the armed conflict in eastern Ukraine. 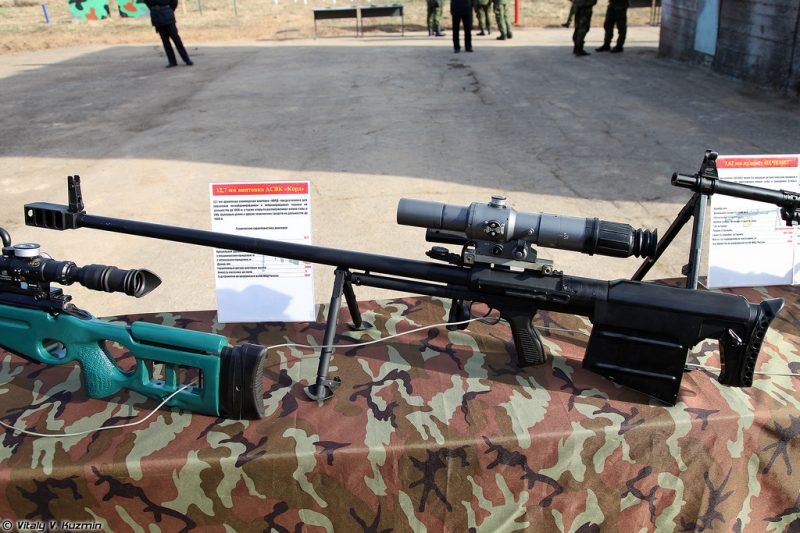 Work principles: the sliding bolt
Aim: open, It has a bracket for mounting an optical sight 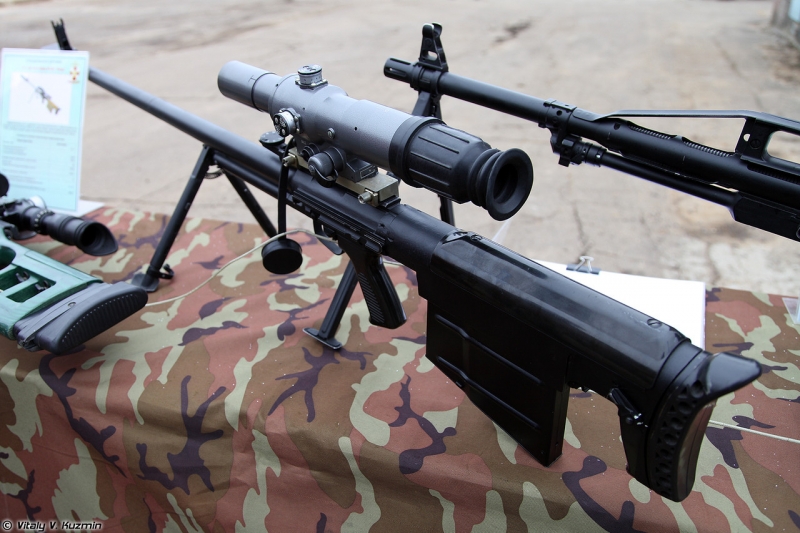 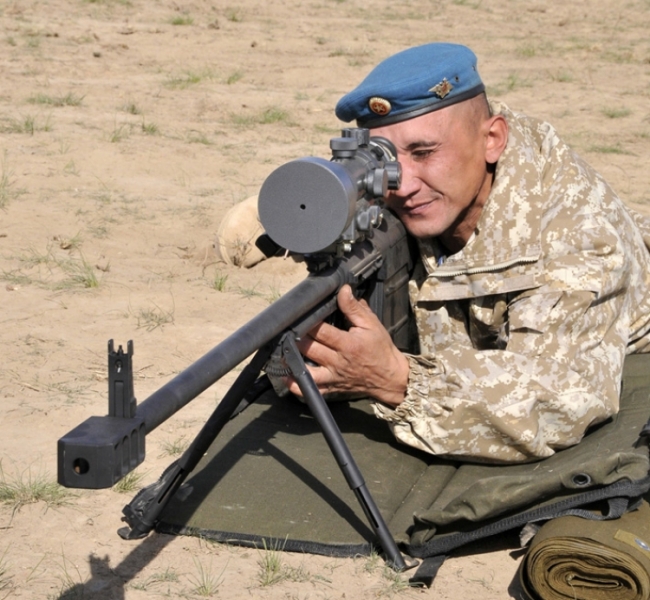 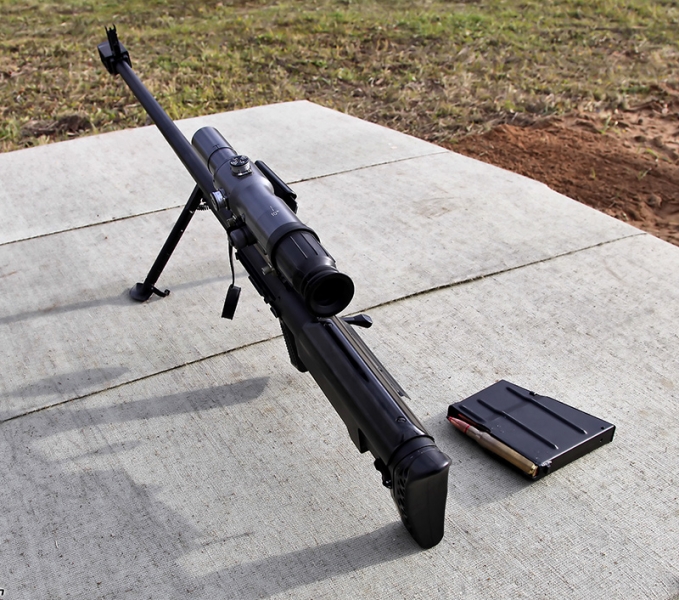 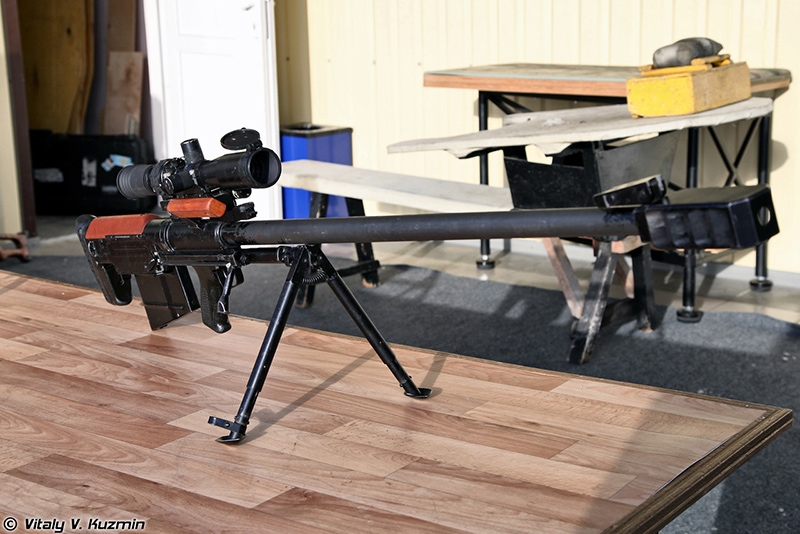 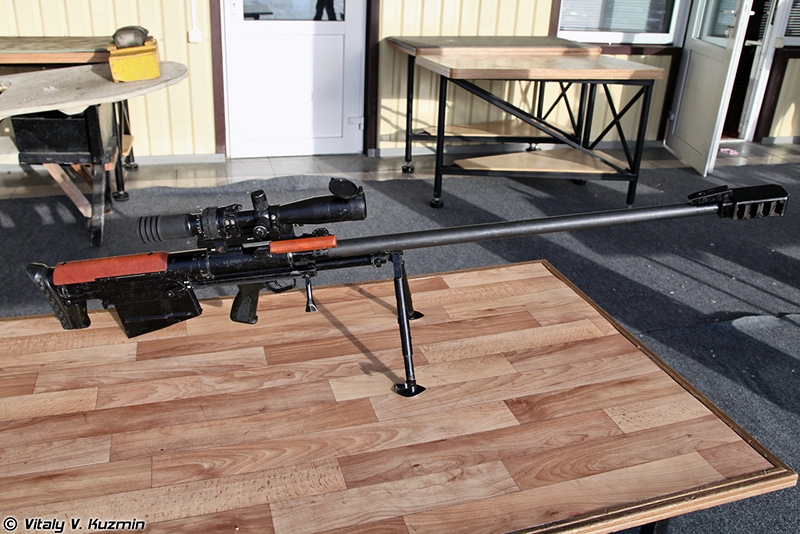 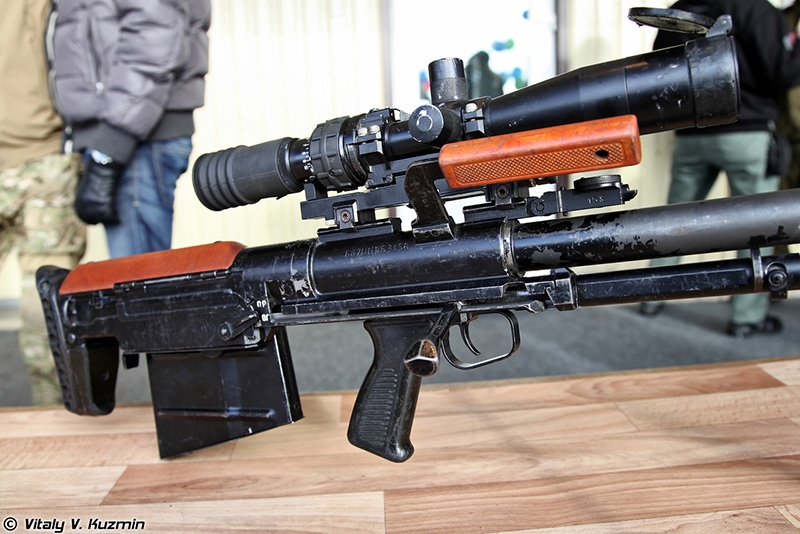 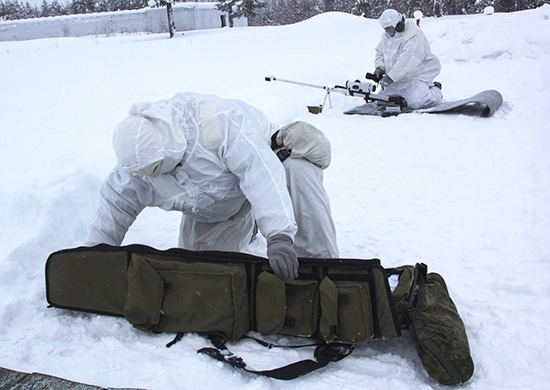 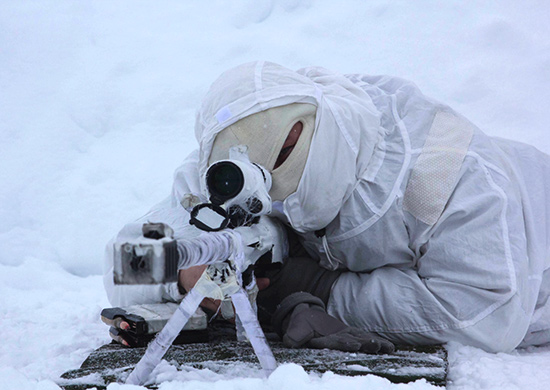 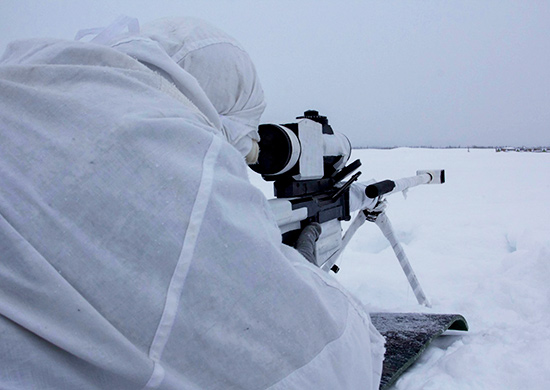 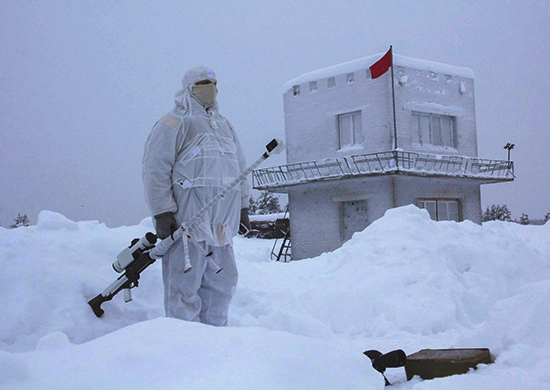