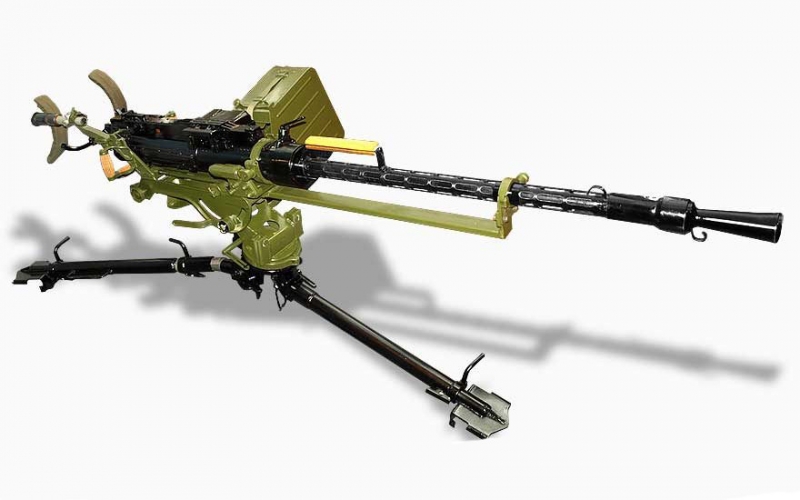 Created in the USSR in the late 30-mm cartridge 14,5h114, It has been used successfully throughout the war in the anti-tank guns PTRD and PTSD.
Bullet BS-41 Ceramic fired core of these guns had normal armor: on 300 m - 35mm, on 100 m - 40mm.
This allowed us to hit the light tanks and armored vehicles, and also provided the side armor breaking through the middle of the German tanks and self-propelled guns Pz.IV created on its base, which were applied from the first to the last day of the war and formed the backbone of the armored forces of the enemy.
However, anti-tank gun is dangerous and heavy machinery. Being unable to pierce thick armor, they were fully able to bring down the caterpillar, damage to the chassis, split optical instruments, jam the tower or gun to shoot. 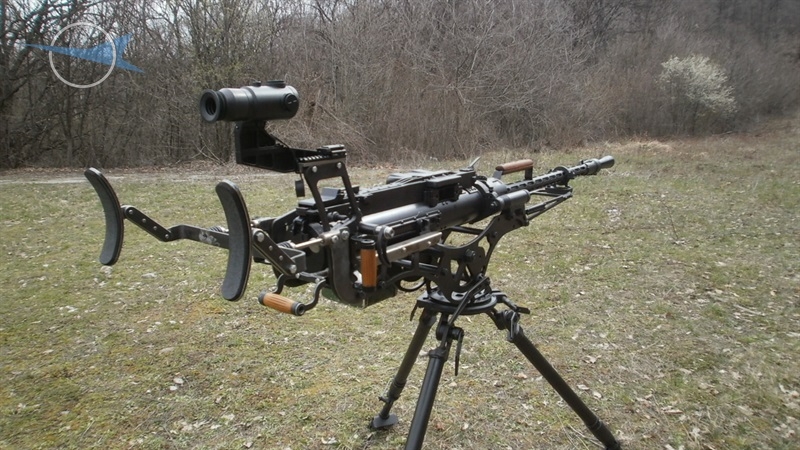 Experience in the use PTR during the war shows, that the greatest effect they had in the period prior to July 1943 of the year, when the enemy used the light and medium tanks, and battle formations of our troops have been relatively poorly saturated with anti-tank artillery.
In the future, their role in the fight against the tanks gradually decreased, but they continued to be used to fight against armored vehicles and gun emplacements. There have been cases of successful firing at air targets.
At the final stage of the war the number of PTR in the army reduced, and since January 1945 year their production was discontinued.

The classic work D.N.Bolotina "Soviet small arms" letter cited, written by a group of soldiers known constructor VA Degtyarev 23 August 1942 of the year: "We are often tempted to, how formidable weapon would be against an anti-tank gun ... Anti-tank gun could be decisive firepower in repulsing enemy attacks and destroying his manpower ". 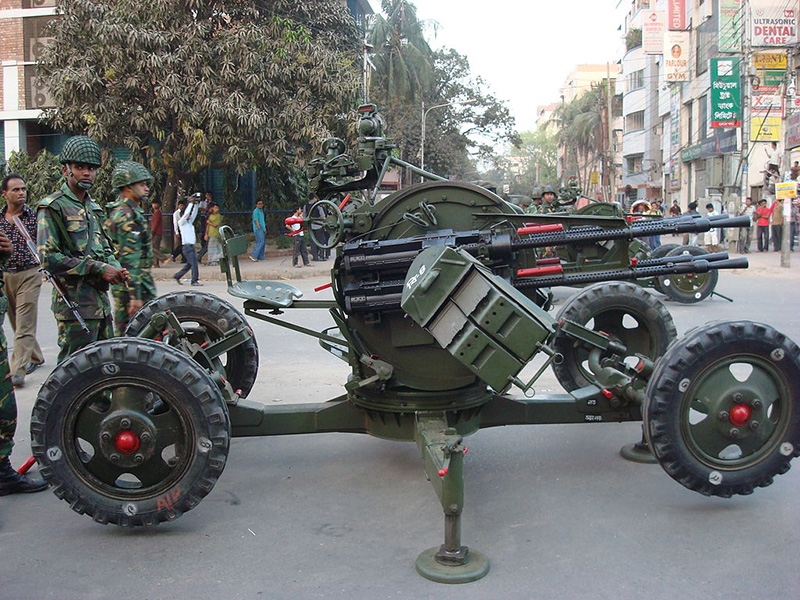 The very idea of ​​anti-tank gun was not new - it dates back to World War I.. And in the 20's - early 30's, heavy machine guns were created based on "anti-aircraft" and "anti" requirements. Revolutionary Military Council of the USSR in December 1929 it was reported to the Central Committee of the CPSU(b), that "adopted by the Red Army infantry weapons system provides for the introduction in the near future ... heavy machine gun - to fight enemy aircraft and bronechastyami, caliber 18-20 mm ".

However, the Red Army received 12.7-mm machine gun DSK. but in 1938 year there has been the more powerful 14.5-mm cartridge, designed for use in automatic weapons, and attempts were made, on this basis to develop a 14.5-mm machine gun. However, further prototypes did not get, and new cartridges served as ammunition for anti-tank guns.

During the war, it became necessary to create a large-caliber high-velocity weapons for shooting not only in armored vehicles, but also on the accumulations of manpower and equipment, the enemy firing points at distances of up to 1500 m. Such weapons could also be used to reflect the low-altitude attack armored storm troopers. There is a need to supplement 12.7mm DShK gun with great armor piercing bullet effect, superior weapons and Degtyareva Shpagin to reach in range and altitude. December 1942 , the Main Artillery Administration approved the tactical and technical requirements of 14.5-mm machine gun. 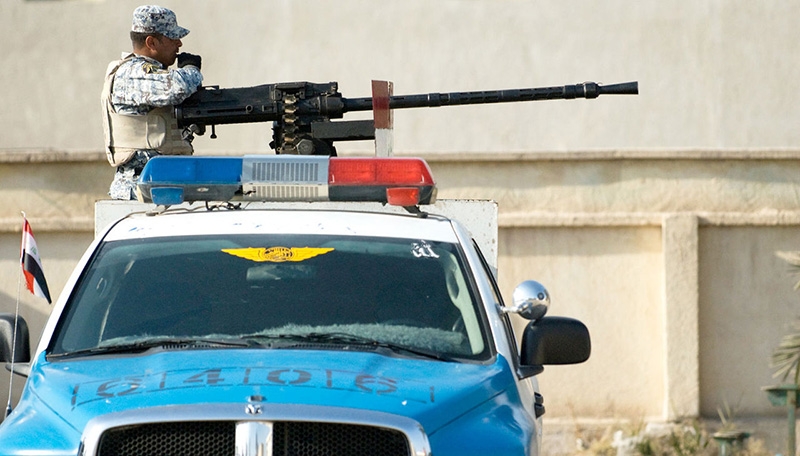 Attempts to create such weapons on the basis of the technical solutions used in the ANC were not successful. High pressure, produced 14.5-mm cartridge, made gas engine automatic cutting, It hampered the extraction of spent cartridges, barrel life was low when firing armor-piercing bullets.

In heavy machine gun Vladimirov was applied using automatic short recoil barrel during. Locking barrel when a shot is carried out by rotating the sleeve, fixed on the gate; the inner surface of the sleeve has lugs in the form of a discontinuous thread segments, included when rotating into engagement with corresponding lugs on the barrel breech. sleeve rotation occurs at the interaction with the transverse pin cutouts in the receiver. quick-trunk, enclosed in a perforated metal casing and is removed from the gun body together with the housing, Why on the casing has a special handle. Stock is made from a metal strip with a closed link, collected from nerassypnyh pieces on 10 rounds each. Connection pieces of tape carried out by means of the cartridge. 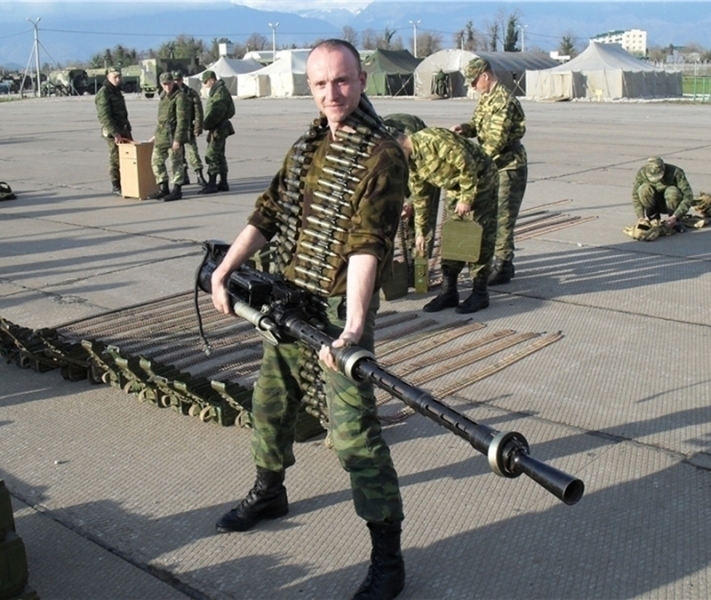 In February 1944 Vladimirova, the machine gun with upgraded universal wheeled tripod machine Kolesnikova was tested for Research and Test Site of small arms and mortar.
In April 1944 , GAU and the People's Commissariat of arms prescribed by the number 2 make 50 machine guns and one anti-aircraft guns to military trials. The machine gun was designated CPV-44 ("Vladimirov heavy machine gun mod. 1944 Mr. "). On the military tests a machine gun and anti-aircraft gun fell from the end of World War II - in May 1945 of the year.
In May 1948 years have passed field tests CFW-44 on infantry machine multiple systems - G. FROM. Garanina (CB-2), D. P. Markova (OGK plant number 2), FROM. A. Harykina (Leningrad OKB-43) and Kuibyshev machine-building plant. The choice finally fell on the machine Harykina, Modified Kovrov KB-2.
Adopted Vladimirov heavy machine gun was adopted only in 1949 year, in the embodiment infantry gun wheeled machine Harykina (designation under the PEP – Launcher machine gun infantry Vladimirova system). 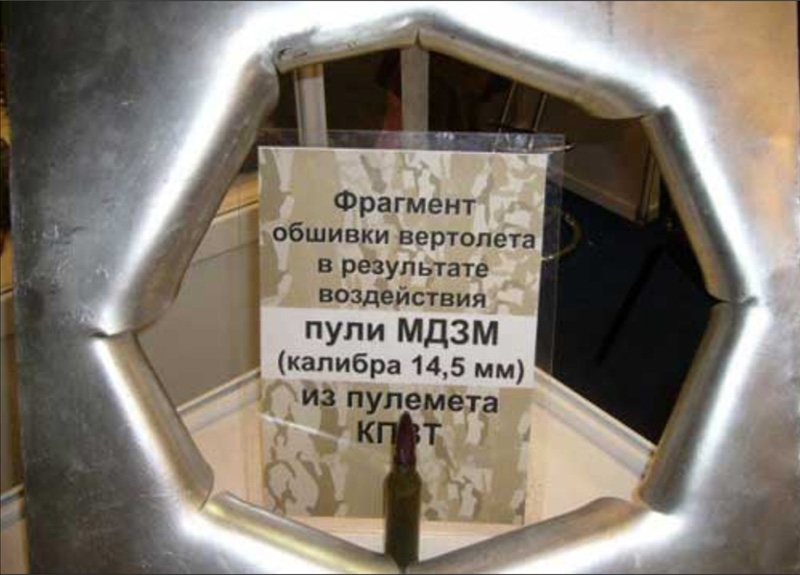 Brass sleeve was replaced by a less expensive steel, covered with green paint. 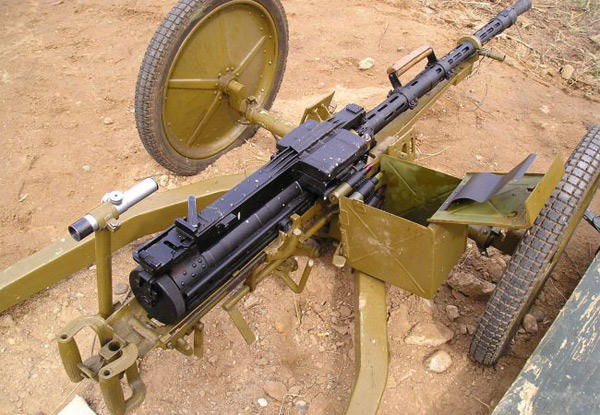 However, an infantry machine gun on a wheeled machine has not received the big distribution, despite the high combat qualities large mass significantly restricts the use of.

Anti-aircraft gun with two caliber machine guns CPV 14.5 mm mounted on a pedestal in the troop compartment. The maximum angle of elevation of guns +90 declination - 5 °. For firing at ground targets had a telescopic sight OP 1-14. Air - collimator sight VC-4. ammunition - 1200 rounds. Setting controls one gunner with a mechanical manual drive. 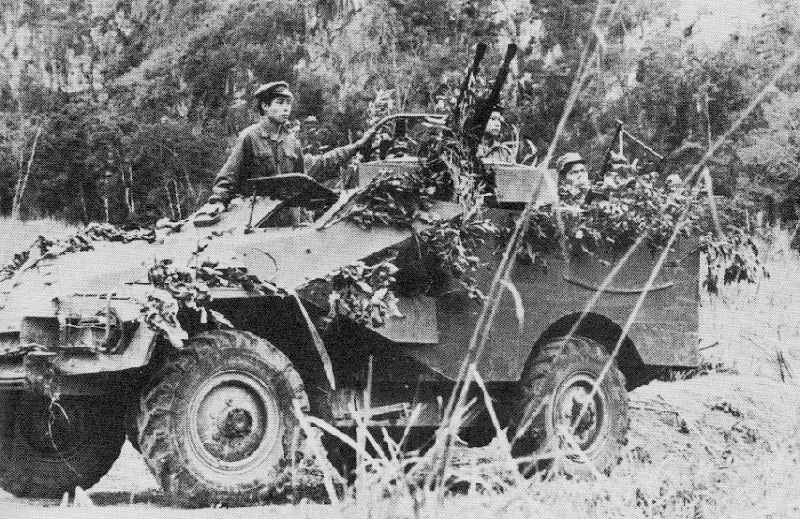 AT 1950 he was given an order for the development of the twin installation of airborne troops. This was due to the fact, that the TAL-2 did not correspond to the specifics of this kind of fighting forces. Polygon installation tests have passed in 1952 g. When taking into service in 1954 she received the name “14,5-mm antiaircraft machine gun mount ZU-2”. Installation can be disassembled into small packs weight. It higher speed pickup azimuth was provided.

Due to their low weight and increased maneuverability ZU-2 was battalion anti-aircraft. However transportation TAL-1 and memory 2, not to mention the LSD-4 four-wheel cart in the highlands, It is very difficult.

Therefore, 1953 , it was decided to create a 14.5-mm machine gun KPV, A compact installation mountain, The readability of parts, portable one fighter. Installation successfully completed field testing in 1956 year, but mass production has not arrived.

About her remembered in the late '60s, when there is an urgent need for such weapons in Vietnam. Vietnamese comrades appealed to the leadership of the USSR with a request to provide them with, among other weapons and light anti-aircraft guns, the ability to effectively deal with the American Air Force in a guerrilla war in the jungle.

ZSU-1 is ideally suited for this purpose. It urgently finalized by a tank gun variant of Vladimirov KPVT (CPV version, which is designed under ZSU-1, by that time it was no longer in production) and 1967 g. launched into mass production. The first batches of units intended exclusively for export to Vietnam. 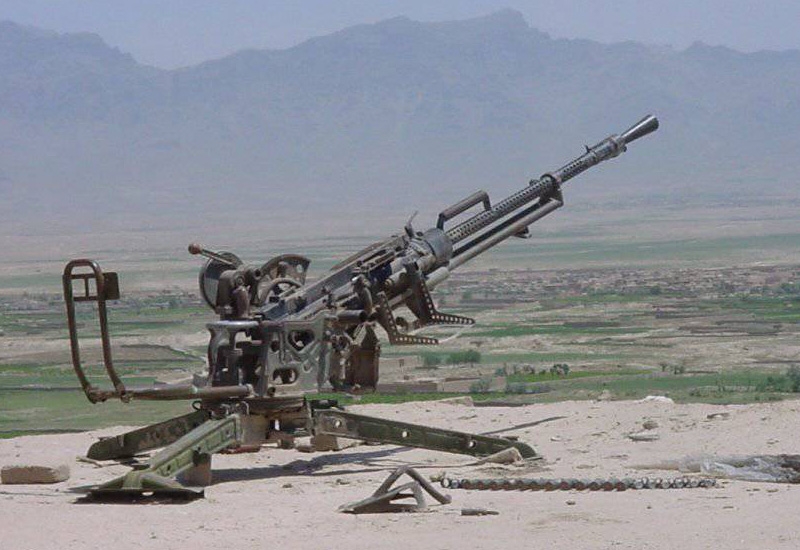 Structure ZSU-1 is characterized by low weight, which is in the firing position with cartridge box and 70 ammunition 220 kg, while providing quick disassembly (during 4 min) into parts each having a maximum mass of not more than 40 kg.

Later, during the Afghan war, the possibility of ZSU-1 appreciated by the Afghan mujahideen.

With the ability to obtain anti-aircraft of Western production, they preferred the Chinese version ZSU-1. Appreciating her for high firepower, reliability and compactness. 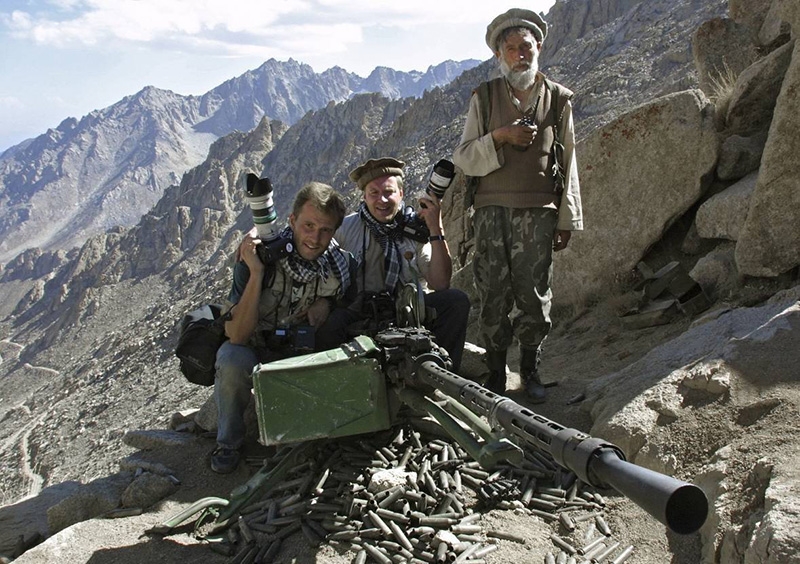 In the Navy, in the postwar years, heavy machine guns are not installed on large ships. This was due, one side, with increasing speeds and aircraft survivability, and on the other – with the advent of relatively efficient anti-aircraft machine. But the 14.5-mm machine guns in the column book-rests plants are widely used on boats of all classes. 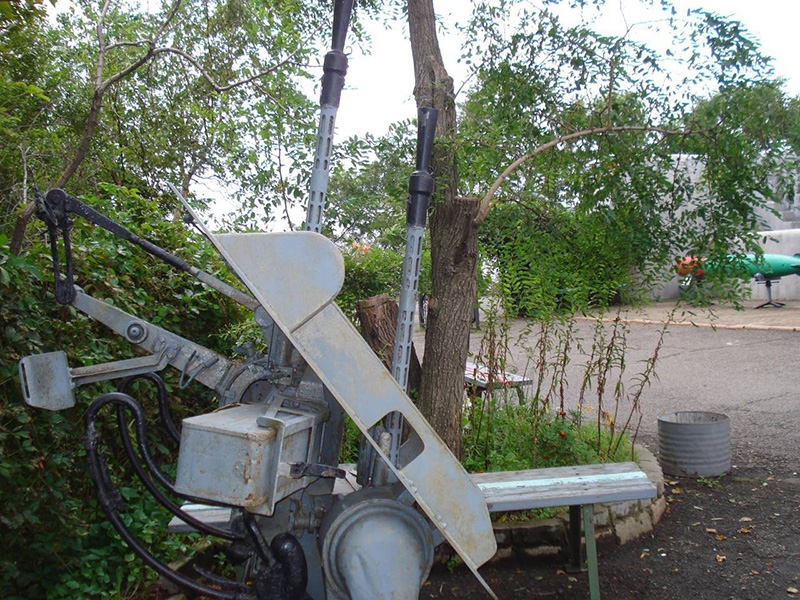 In 70 years on the ships was 14.5-mm machine gun Vladimirov wheeled machine. In those days in the Indian Ocean waters, adjacent to Somalia and Ethiopia, , a large number of pirate boats. So I had to protect them in the hydrographic or other auxiliary vessels put army guns. 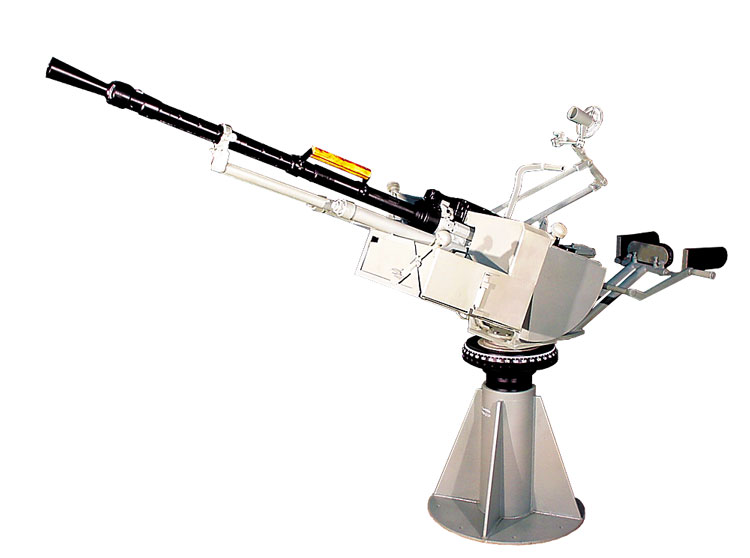 The most numerous was the modification of the machine gun version, designed for installation on armored vehicles. 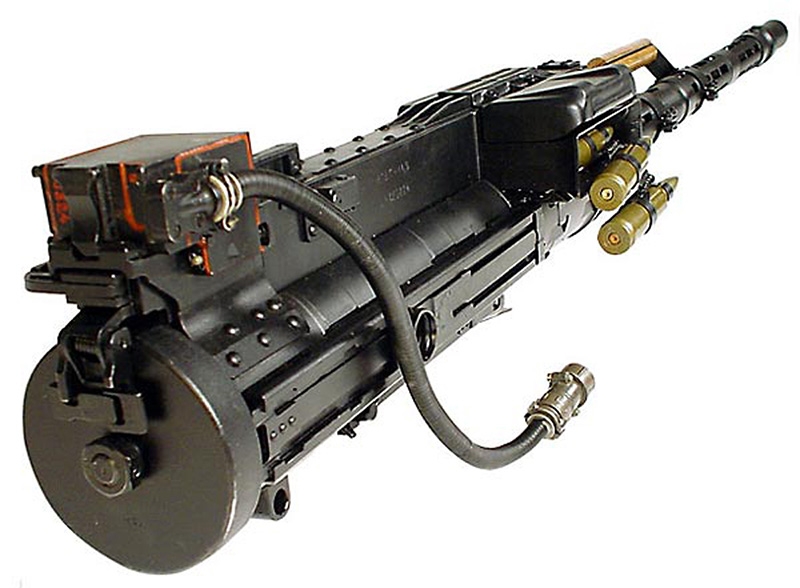 Initially KPVT mounted on domestic heavy tank T-10, housed in the tower, SPARK with a 122 mm cannon and as zenith, on the hatch tank commander. FROM 1965 g. KPVT - the main weapon of domestic wheeled BTR, starting with the BTR-60PB model, as well as an armored reconnaissance and patrol vehicle 2nd models BRDM-2. 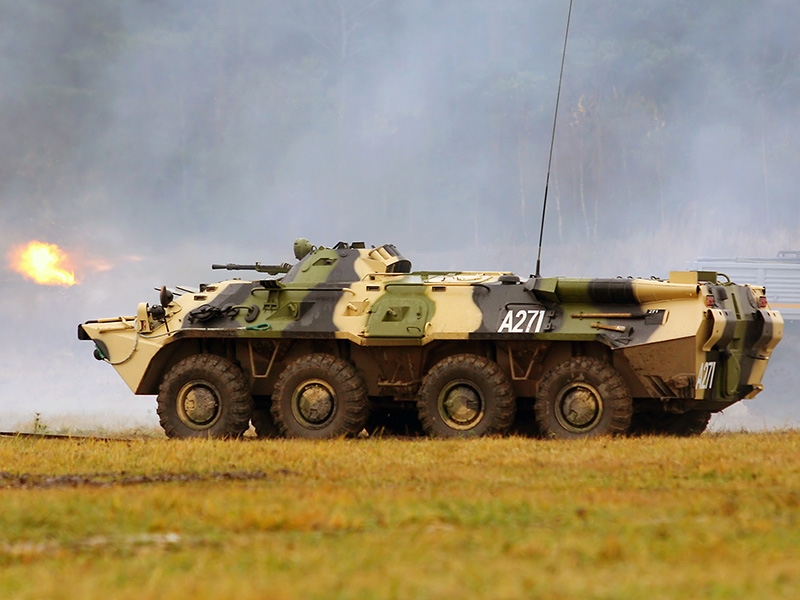 The BTR (BTR-60PB, BTR-70, BTR-80) and BRDM-2 KPVT installed in a unit rotating conical tower, together with a paired 7.62mm Kalashnikov gun PKT.

Recently KPVT began to give way, at the last local modifications APCs BTR and BTR-80A-82 as the primary arms are mounted 30mm cannon.

KPV heavy machine gun was used effectively in a variety of large and small local conflicts. 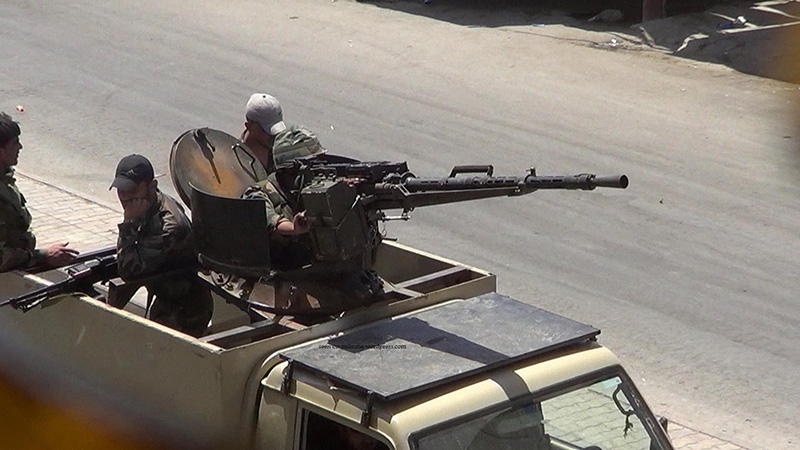 Often mounted on a home-made handicraft turrets and civilian vehicles.

He had a significant influence on the formation of the modern western armored vehicles. In the experience of Vietnamese events, where CPV easily punched frontal armor of the most mass of the American M113, since the 1970s and currently, in TTZ on armored combat vehicles BMP types created in NATO countries, BTR, BRDM and light tank introduced requirements for protection against fire 14.5-mm machine gun.
To ensure this requirement, the thickness of the boards of combat vehicles 35-45 mm steel homogeneous armor. This was one of the reasons why almost two-fold excess of the basic combat weight BMP NATO regarding the Soviet BMP. Until recently, he did not have analogues in the world, Belgian FN BRG 15 chambered 15,5h106 mm, in mass production and are not enrolled. 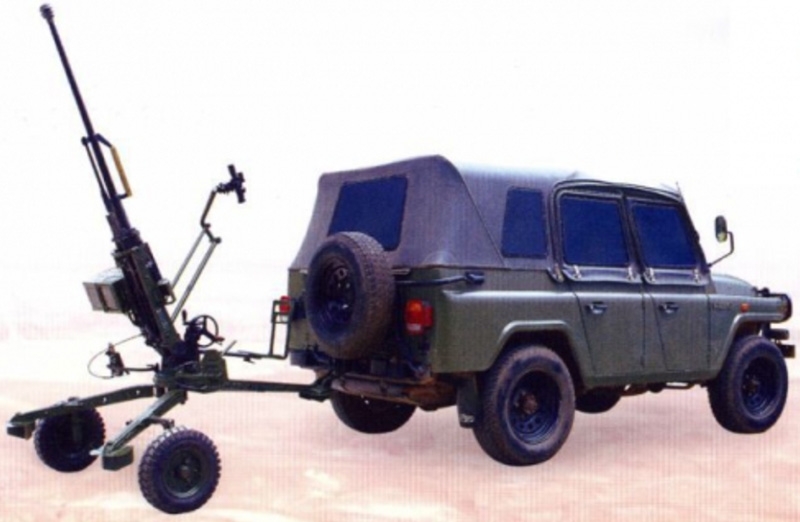 In China, it was put into production its own version of the CPV, Ribbon device characterized 80 rounds, some changes in the feeder belt, orebreniem trunk. This machine gun with a mass "body" 165 kg is used mainly as a zenith. China produces several 14.5-mm anti-aircraft gun installations. A type 56 substantially similar TAL-4, A type 58 - LSS-2, A type 75 - LSS-1 on the tripod-wheel installation. A type 75 and its modification type 75-1 supplied in a number of countries. Adopted PLA 2002 was adopted 14.5 mm heavy machine gun QJG 02.
It is designed to combat low-flying aircraft and helicopters, as well as to engage lightly armored ground targets. 14.5 mm heavy machine gun QJG 02 It is intended to eventually replace the machine guns on the PLA weaponry Type 58 the same caliber. To export the variant heavy machine gun Type 02 under the designation QJG 02G, the main difference of which is the machine, having wheels on rubber-tyred, allowing tow a gun behind car.

Despite its venerable age (next year will celebrate the CPV 70 years), gun due to its high combat qualities and high prevalence, remains in service. And it has a good chance to meet in the ranks of its 100th anniversary. 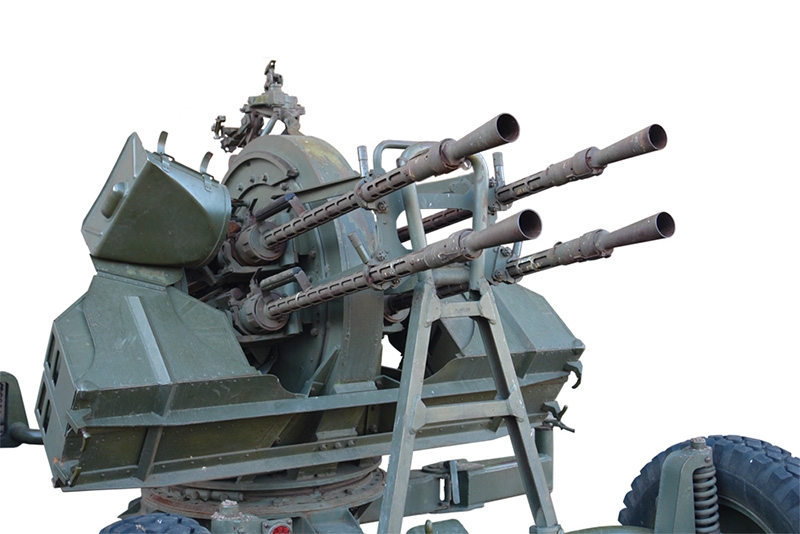 The performance characteristics of CPV gun 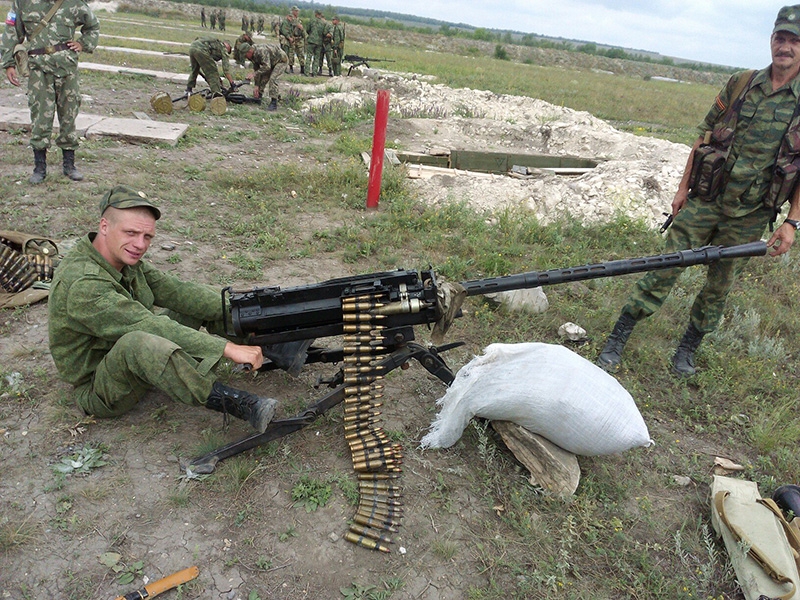 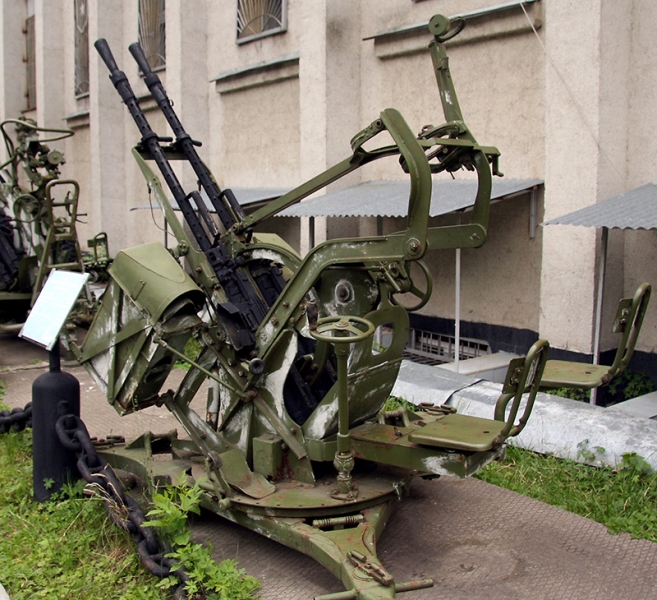