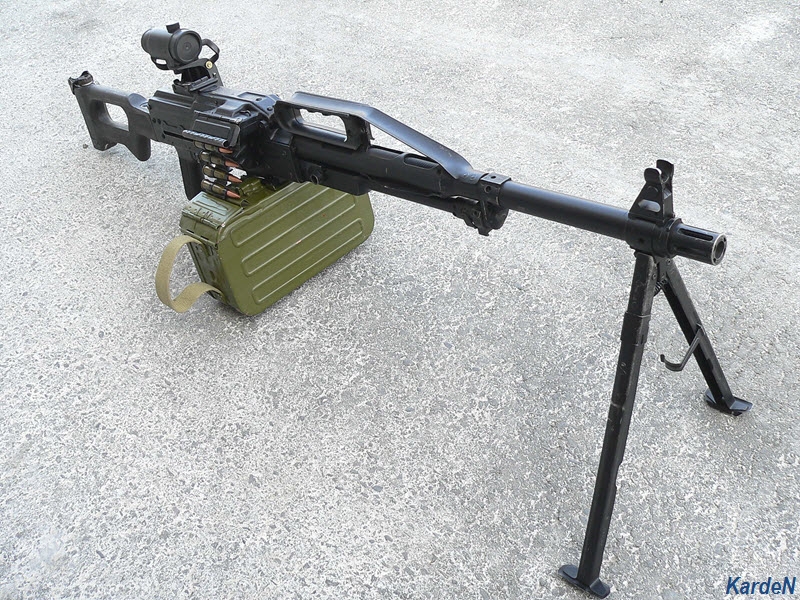 The basis for the design is taken a 7.62-mm Kalashnikov machine gun. This allowed expand production at minimum cost 1999 city, as well as to simplify its operation. Receiver unit provides at least shooting 600 long bursts of ammunition without impairing the effectiveness of fire. When conducting a long battle gun can fire up 10 000 rounds per hour without deterioration combat performance and reduce resource trunk. Generally, Pecheneg retained until 80 % common parts with FRP (receiver with all the mechanisms, machine). 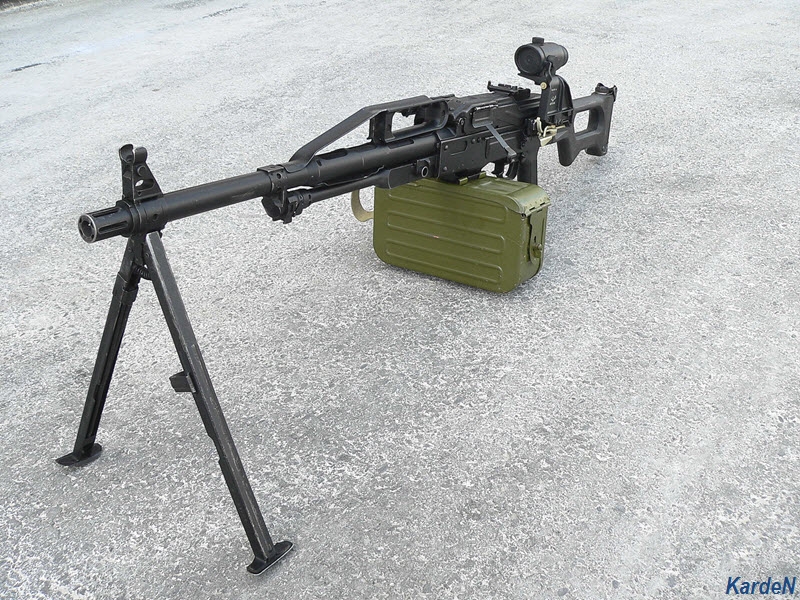 Petcheneg can use the full range of 7,62 × 54 mm rifle cartridges R. The machine gun used forced air cooling system of the barrel due to the energy of the propellant gases. Adjustable venting mechanism allows to maintain Pecheneg in all climates. The barrel has external fins and is enclosed in a metal casing. powder gases, coming out of the barrel, create negative pressure zone in the front part of the casing. In the rear part of the casing are made special ventilation window. In this way, during the shooting along the barrel is continuously pumped cold air. Permanent trunk cooling reduces dissipation when shooting, and also increases the durability of the barrel. trunk resource is 25-30 thousand rounds when fired in intensive modes. 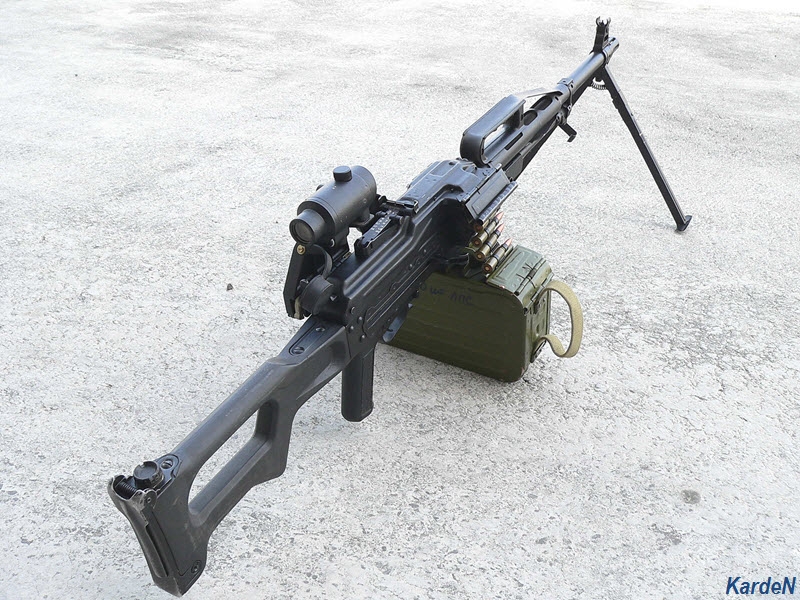 Strengthening barrel bipod allowed to move with the gas chamber on the muzzle, which increased the support base and reduced dispersion to 70 %, However, this situation is not always convenient bipod, as it limits the fire sector edge without moving the hand and / or weapons. Alignment of the temperature field trunk resource allowed to increase its level to, given by the whole gun (or doubled compared with RMB), as well as lower divestment aiming point during continuous shooting up to the value of, at the most 0,001 share range. This would eliminate the second hole (although mount stem from a Quick-Pecheneg remains) and, regardless of the setting gun on the sub-screen, reduce the weight of marching weapons.
Besides, Pecheneg gun design significantly reduces the detrimental effect of the rising heated air flow on the trunk line of sight. Increased heat dissipation of the new machine gun visible at night even with the naked eye as bright trunks glow after the execution of all ammunition. 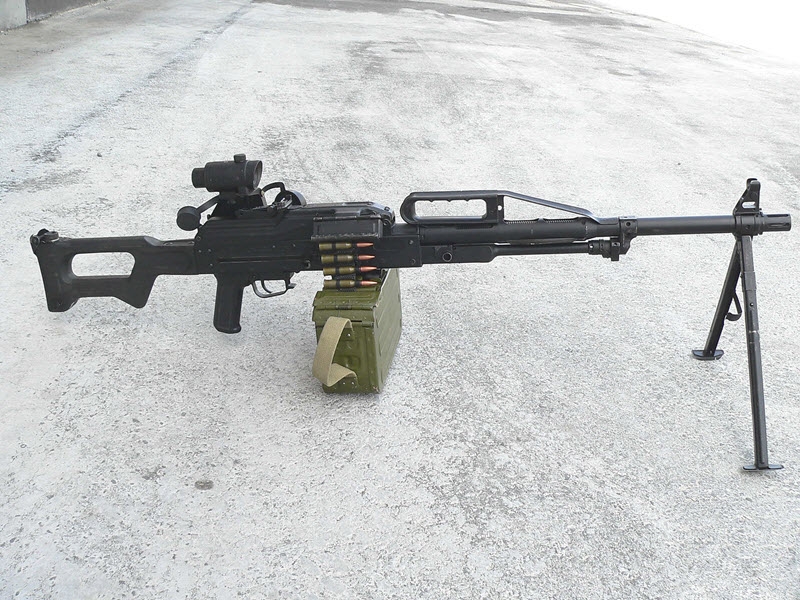 – night (6P41N) - with strap dovetail for night or optical sight; 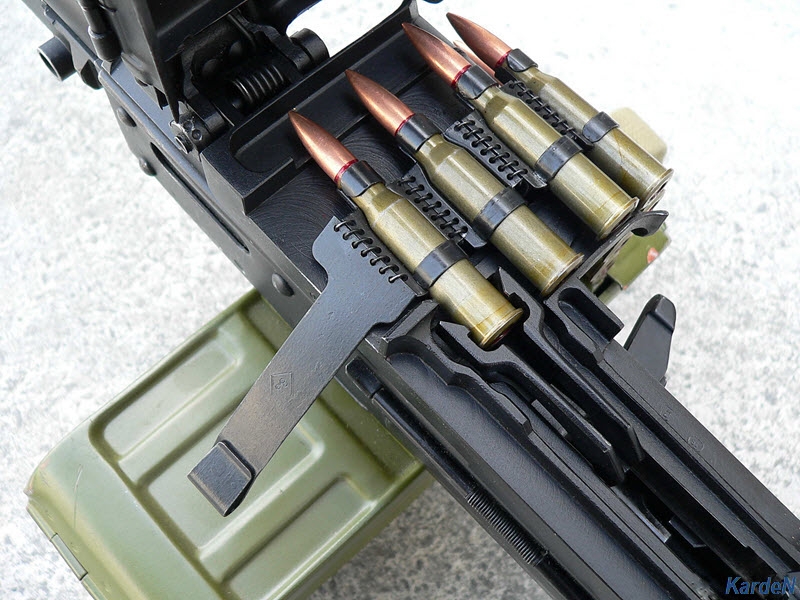 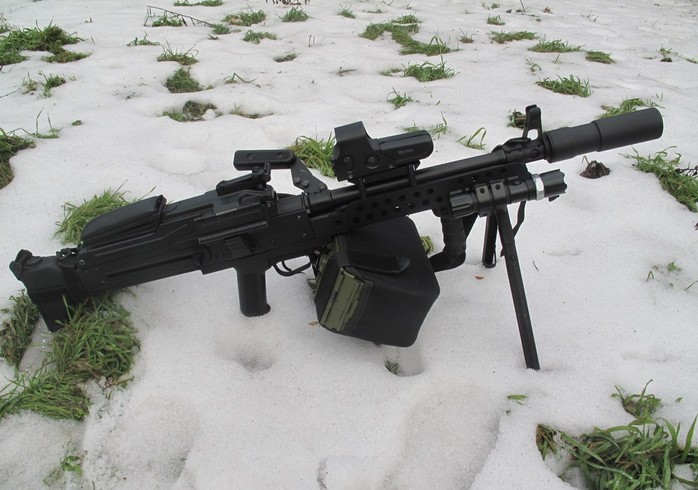 Assault variant gun layout bullpup was demonstrated President Izhevsk 18 September 2013 , during his visit to the concern "Kalashnikov". From the usual "Pecheneg" truncated variant differs backplate instead of using and making a butt handle forward fire control. Due to this, the machine gun became shorter 27 see and easier to 0,5 kg while maintaining the length of the barrel (65 cm). 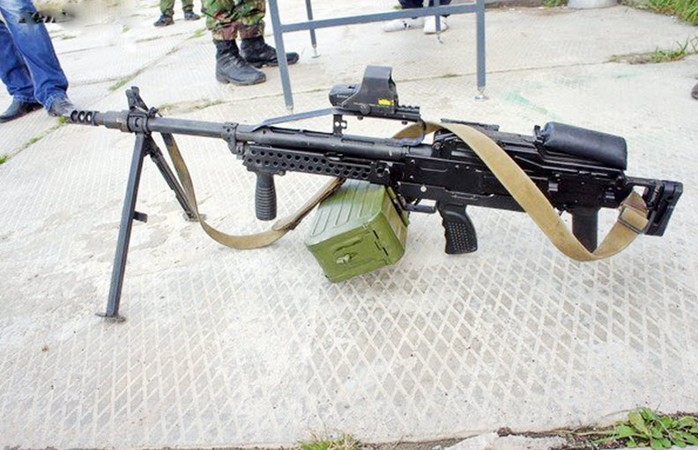 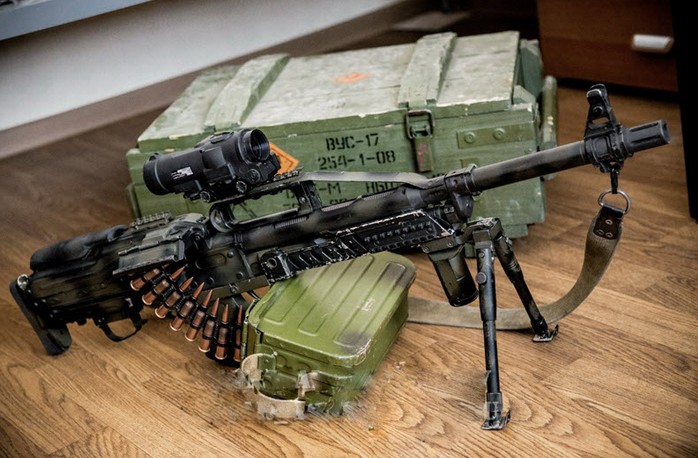 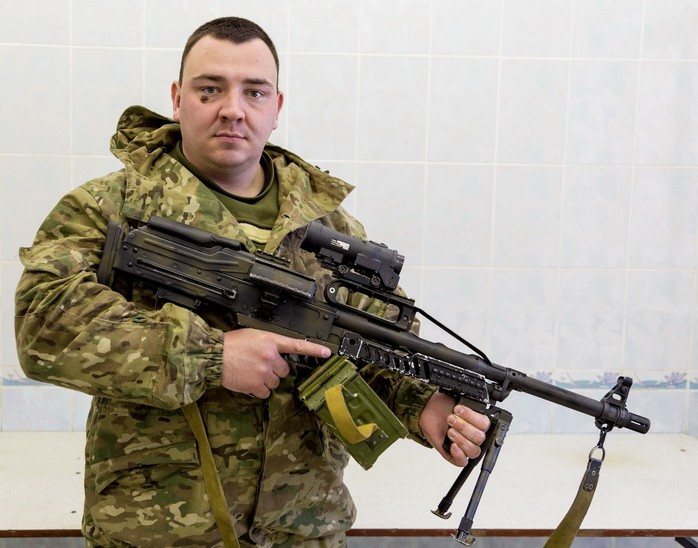 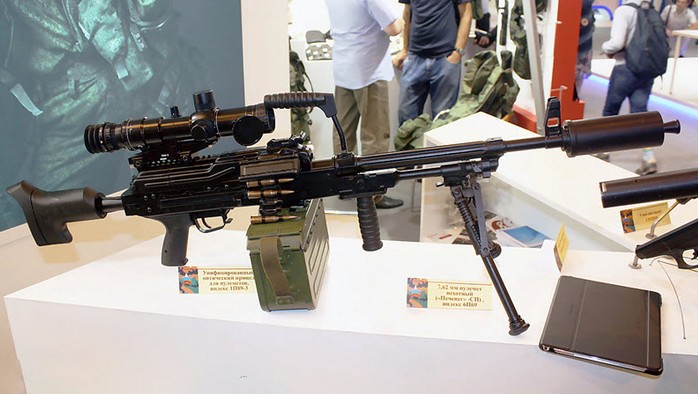 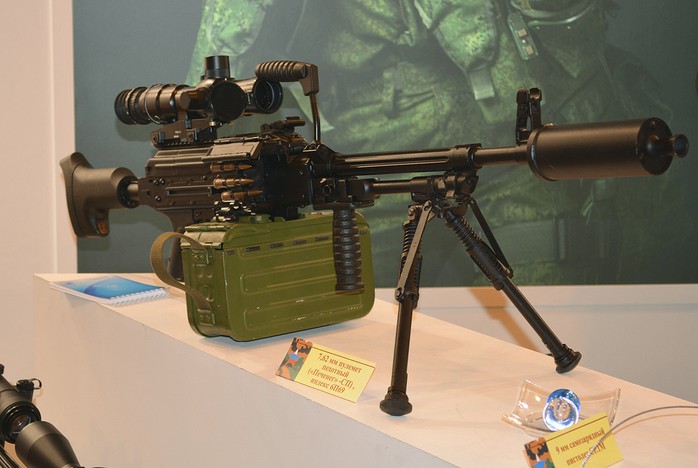 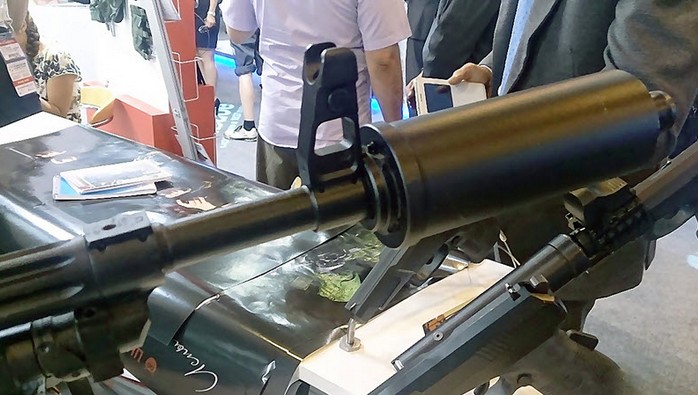 The performance characteristics of the Pecheneg machine gun 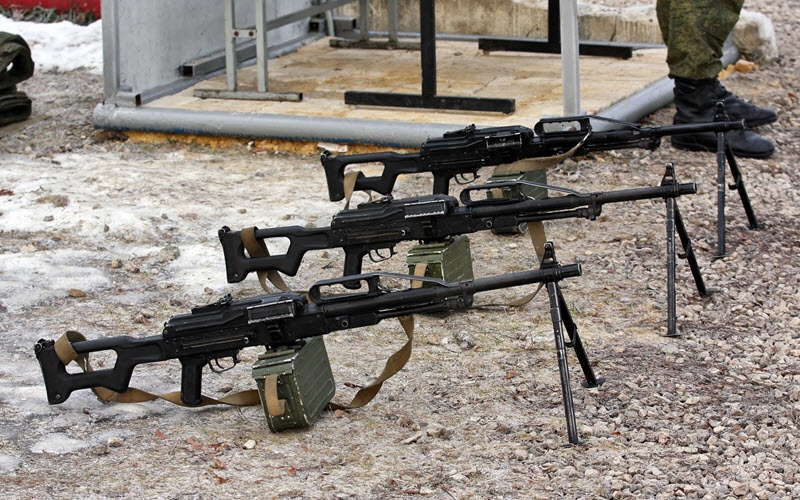 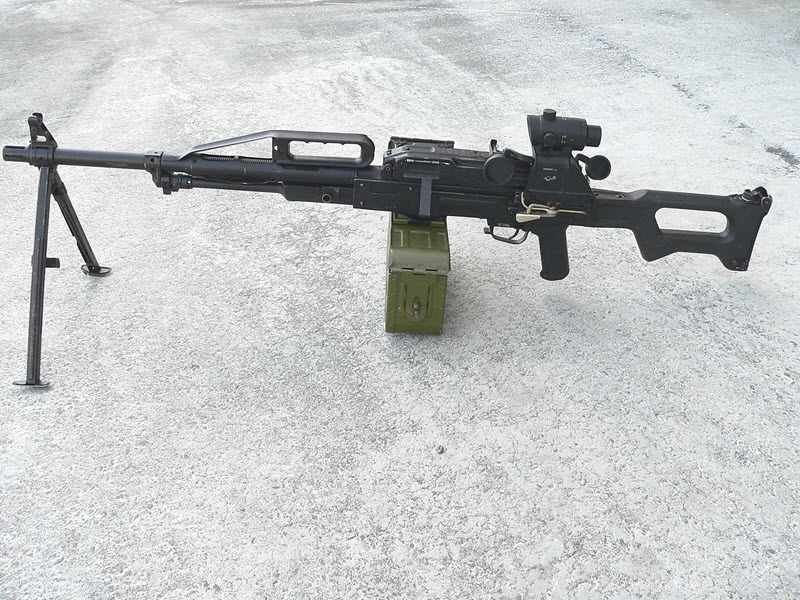 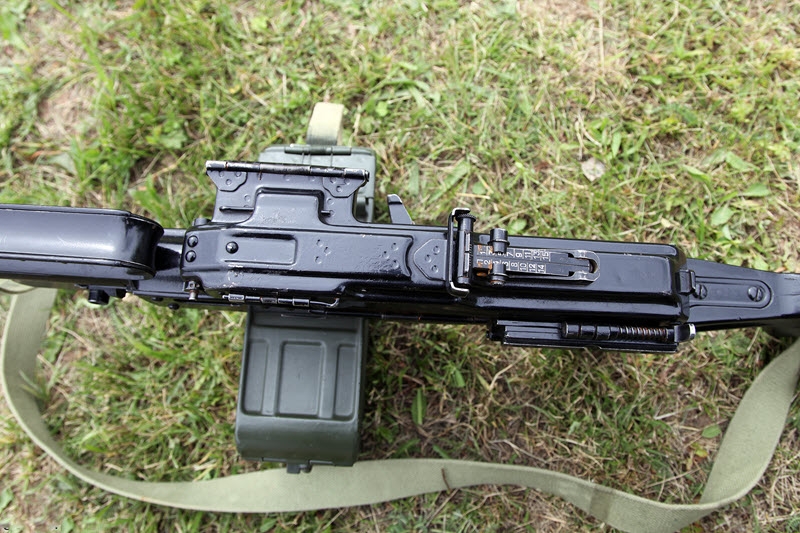 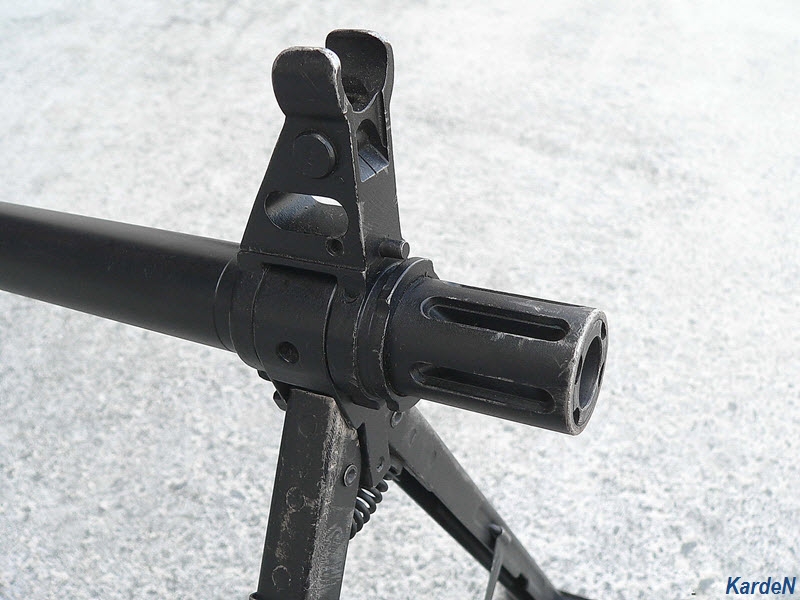 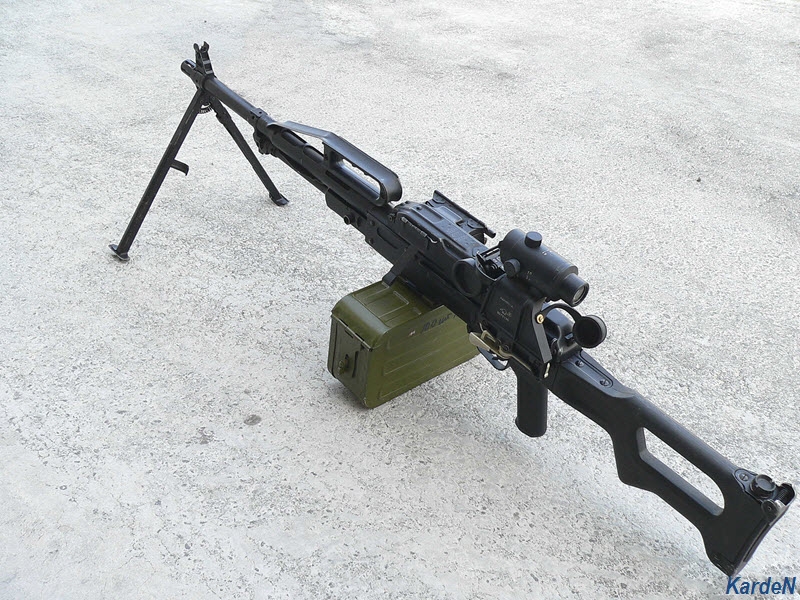 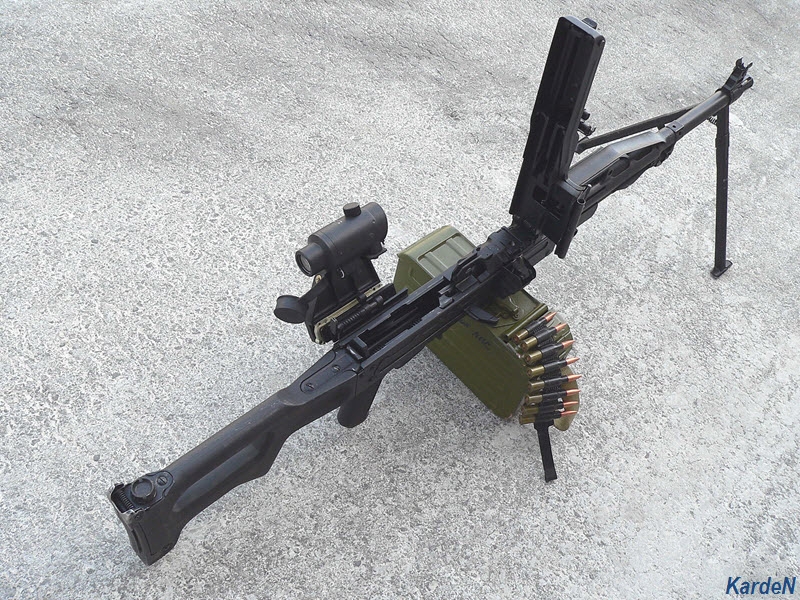 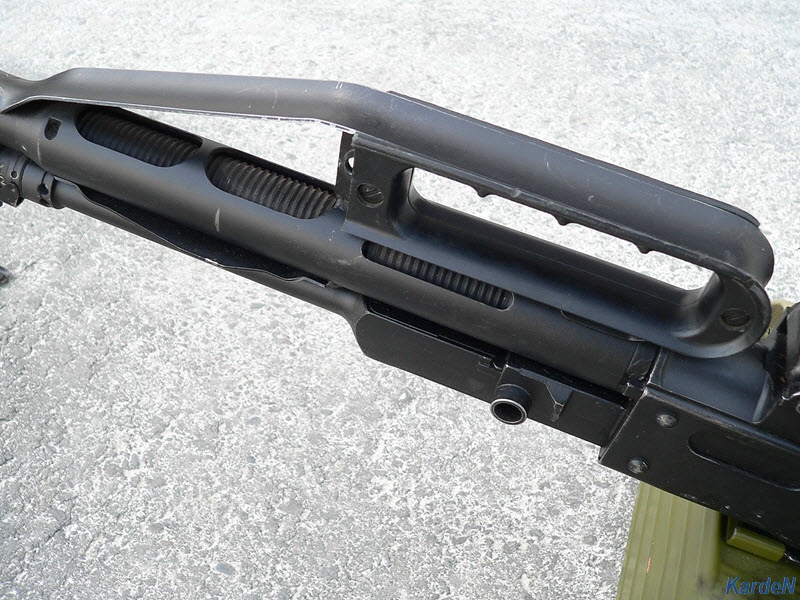 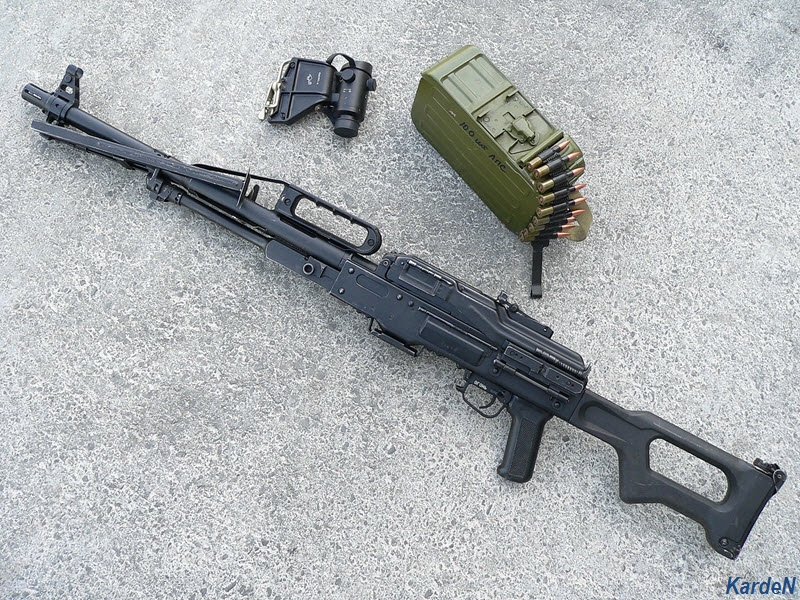 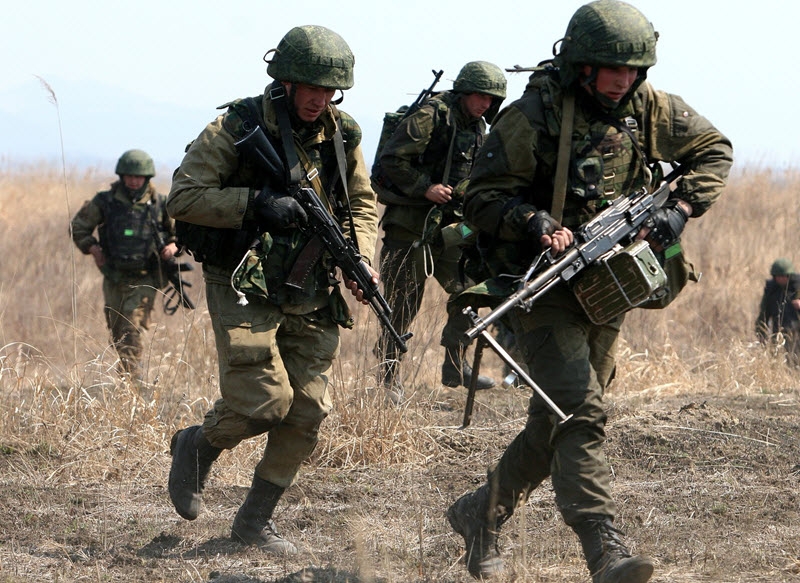 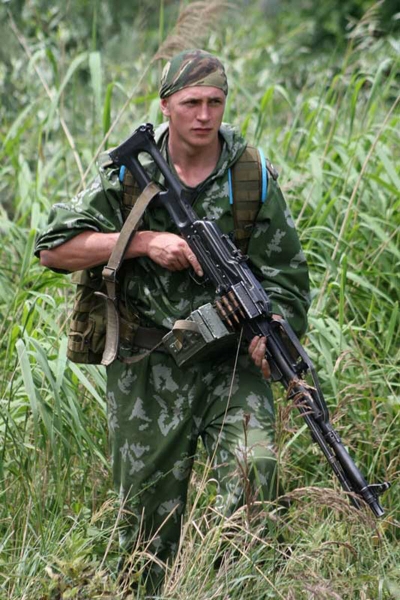 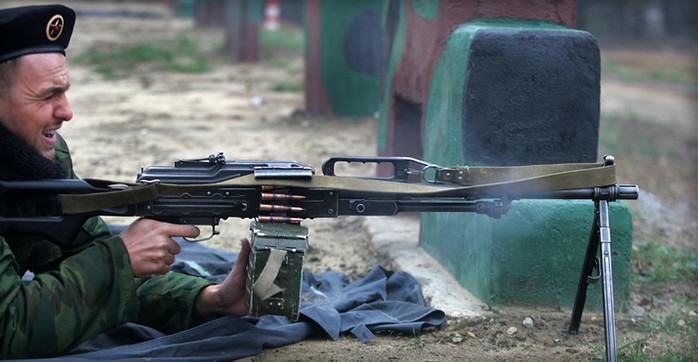 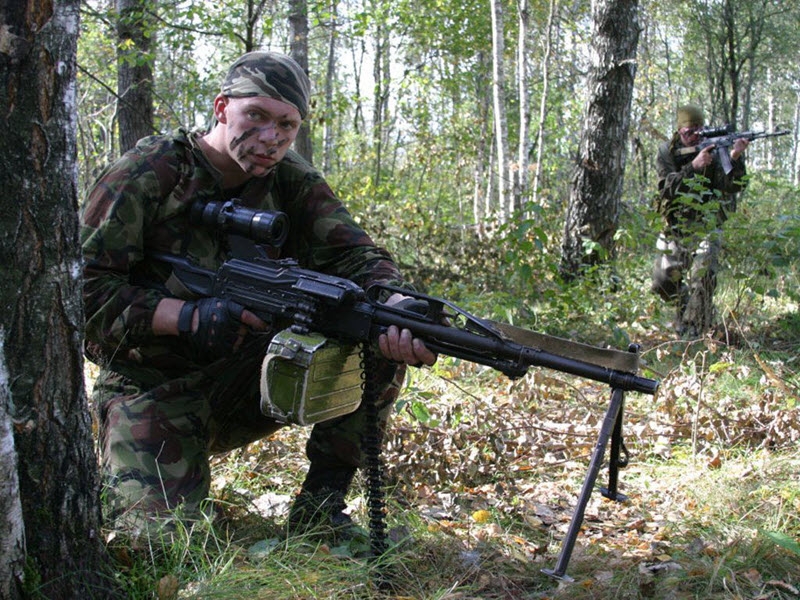 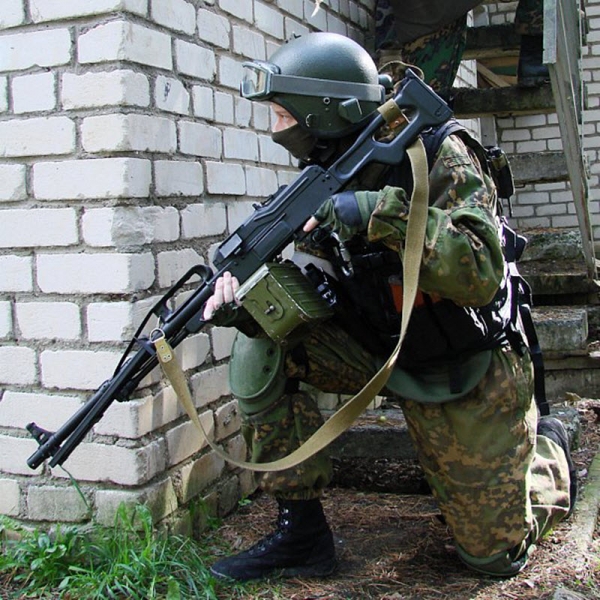 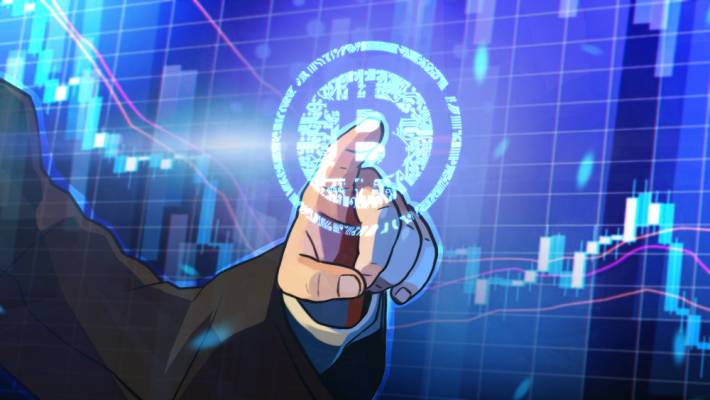 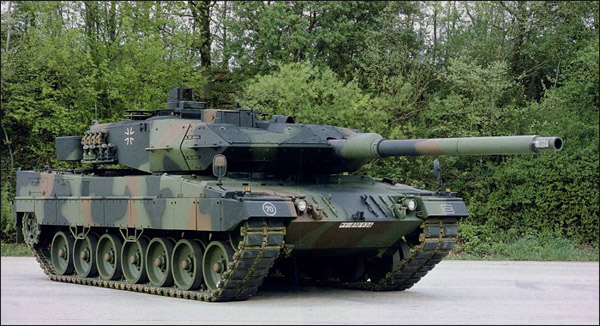 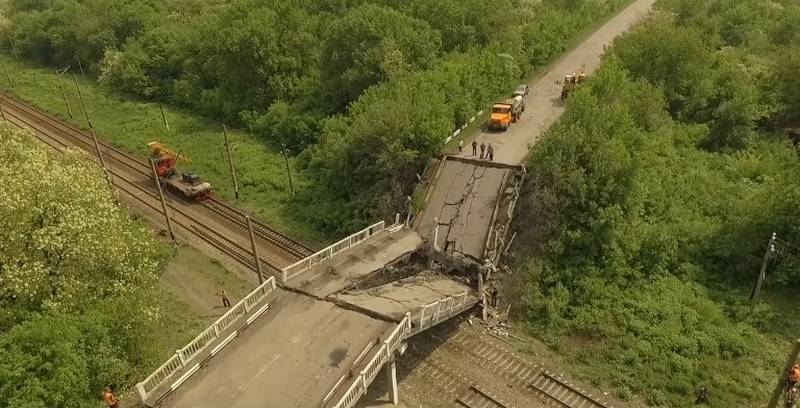