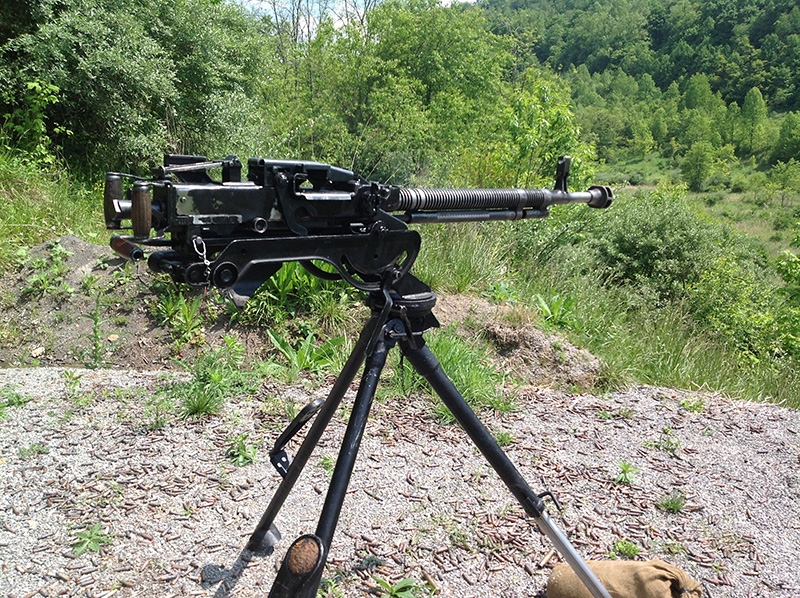 Since the beginning in 1925 year work on the machine gun, having the caliber 12-20 millimeters it was decided to create on the basis of machine gun with magazine-fed, to reduce the mass produced gun. Work began in Design Bureau of Tula arms factory on the basis of 12.7 mm "Vickers" chuck and on the basis of the German machine gun "Dreise" (P-5). Design bureau Kovrov plant has been developing on the basis of the manual guns Degtyarev machine guns under the more powerful ammunition. The new 12.7-mm cartridge, having an armor-piercing bullet, created in 1930 year, and the first prototype of a heavy machine gun Degtyarev was collected at the end of the year with a disk magazine Kladova, capacity 30 rounds. In February 1931 years after the tests have given preference to DC ("Degtyarev magnum") as simple to manufacture and easy. DK was adopted, at 1932 the production of small series was to plant them. Kirkizha (g. carpet), however, 1933 They were released only 12 guns. 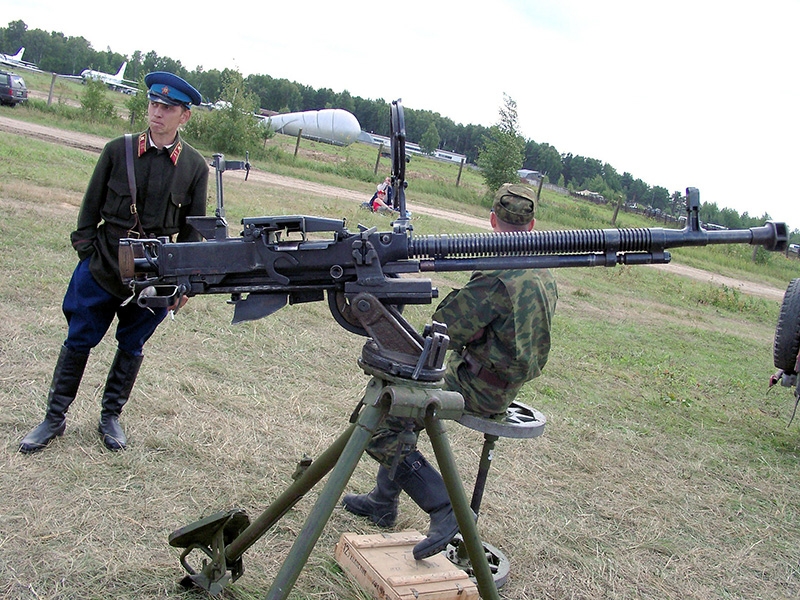 Military trials fell short of expectations. AT 1935 We were stopped producing heavy machine gun Degtyarev. By this time created embodiment DAK-32 having a receiver Shpagina, but the test 32-33 years have shown the need for a revision of the system. Shpagin in 1937 He was remade his version. drum feeder tape was created, which does not require significant changes to the gun system. Machine gun, a tape having a power, 17 December 1938 year sustained field testing. 26 February next year the decision of the Defense Committee had adopted, under the designation "12.7-mm machine gun mod. 1938 year DSHK (Degtyareva-Shpagin magnum)"That was installed on the universal machine Kolesnikova. Also, work was carried out on the aircraft installation DSHK, but it soon became clear, that requires a special large-caliber aircraft machine gun.

Job automatic machine gun carried by removing propellant gases. Gas chamber gated housed under the barrel, and it was equipped with a regulator patrubkovym. The trunk of the entire length of the fins had. Muzzle portion equipped with monogastric muzzle brake active type. Dilution lugs shutter locking hand carried bore. The ejector and the reflector are assembled in the gate. A pair of spring dampers backplate served to cushion the moving system and making it start pulse Nakata. The back-action spring, Wear on the rod of the gas piston, led by a percussion mechanism. Lock the trigger safety lever made, mounted on the back plate (statement on the fuse - front position). 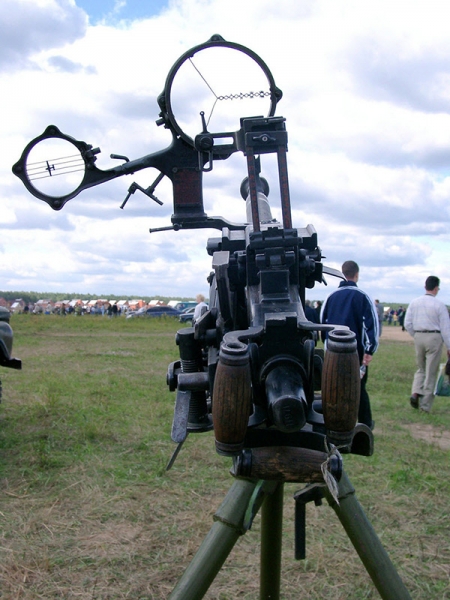 Power - tape, presentation - on the left side. Rassypnoe tape, having a semi-enclosed units, It fits into a special metal box, mounted on the left side on the machine bracket. bolt handle is powered reel receiver DSHK: while driving back, handle come across a fork of the rocker arm-feeder and turn it. Located at the other end of the lever dog turned on the drum 60 degrees, a drum ochered protyahyval Tape. The four drum cartridge was simultaneously. Rotating the drum cartridge is gradually pressed out of the tape unit and fed to the receiving window of the receiver. Moving forward shutter catches him.

Folding frame sight, used for firing at ground targets, I had to scarify 3,5 thousand. m. steps 100 m. gun markings include the stigma of the manufacturing plant, year of issue, factory number (Series designation - the two-letter, the serial number of the machine gun). The stigma was put ahead of the fore-end from the top of the receiver. 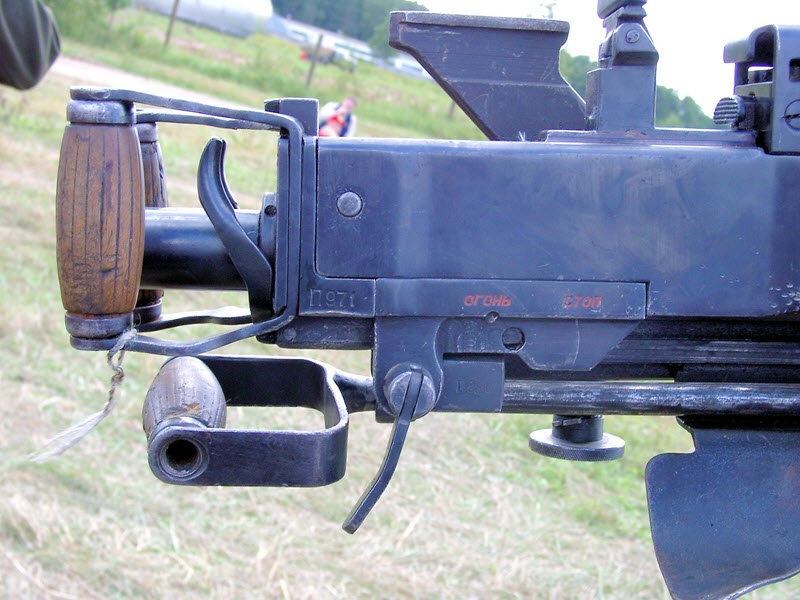 During operation with the ANC used three types of anti-aircraft sights. Ring remote sample sight 1938 year it intended to destroy air targets flying at speeds up to 500 km / h and at a distance of 2,4 thousand. m. The sight of the sample 1941 It has been simplified, the range was reduced to 1,8 thousand. m, However, the possible speed to destroy targets increased (on "imaginary" ring it could be 625 kilometers per hour). The sight of the sample 1943 year belonged to the type of aspect and was much easier to use, but can fire at different targets courses, including the pitch up or dive.

Universal machine sample Kolesnikov 1938 year was equipped with its own charging handle, It has a removable shoulder strap, Bracket cartridge box, mechanism of the stick-type vertical crosstalk. Fire on ground targets was conducted with the wheel stroke, while the legs were folded. For firing at air targets wheel stroke separated, and machine laid out in the form of a tripod. 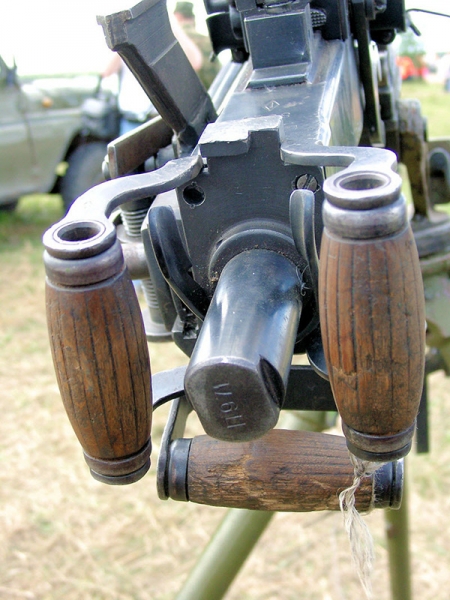 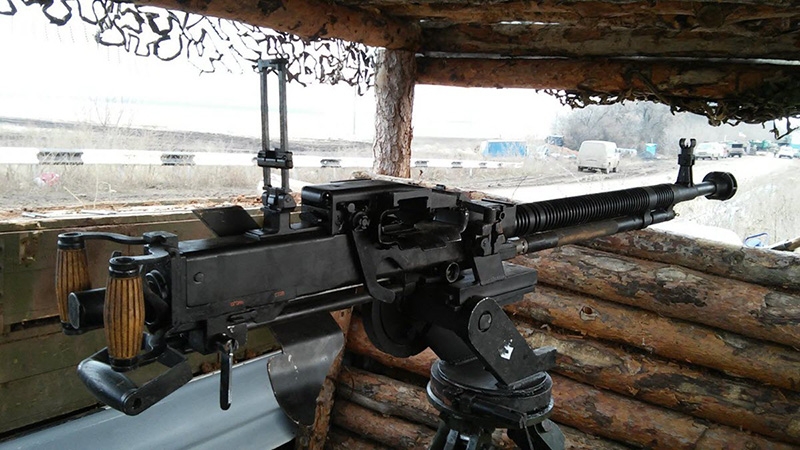 DShK the first days of the Second World War proved to be excellent as an anti-aircraft fire. So, eg, 14 July 1941 years on the Western Front in the area Yartsevo platoon of three machine guns, three German bombers were shot down, in August of Leningrad region Krasnogvardeisky second anti-aircraft machine-gun battalion destroyed 33 enemy aircraft. However, the amount of 12.7-millimeter machine-gun plant was not enough, especially considering the significant superiority of the enemy in the air. As of 10.09.1941 they numbered 394: Orel zone defense - 9, Kharkiv - 66, Moskovskoy- 112, on the South-Western Front - 72, South - 58, Northwest - 37, West - 27, Karelian - 13. 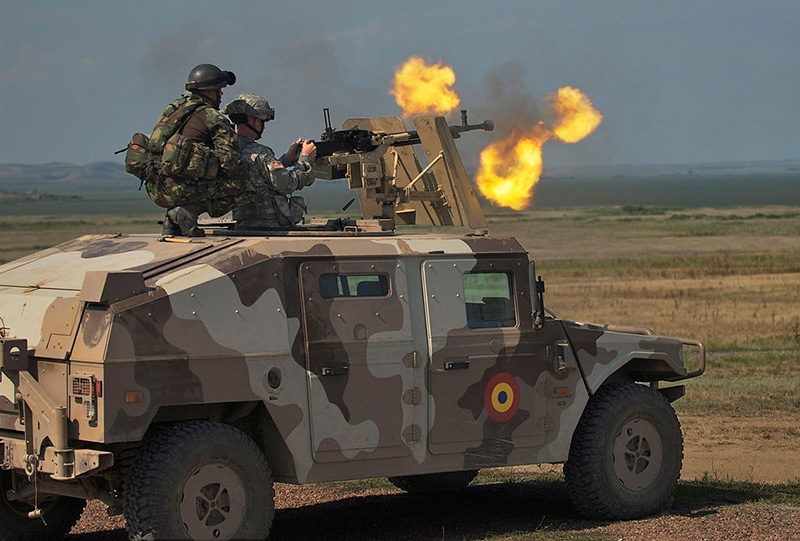 US Marines are firing from DShKM Romanian URO VAMTAC during a joint US-Romanian maneuvers, 2009 year

Typically, anti-aircraft platoons used DSHK, often introduced into the anti-aircraft batteries of medium caliber, using them as a cover of air attacks from small heights. Anti-aircraft machine-gun companies, with armed 18 DSK, at the beginning 1944 year entered the staff of infantry divisions. For all war casualties heavy machine guns were about 10 thousand. pcs, i.e 21% the resource. This was the smallest percentage of loss of the entire system of small arms, but it is comparable to the losses in flak. It's been said about the role of heavy machine guns.

In the 41 th year with the approach to Moscow, German troops have identified plants understudy in case №2 plant stop arms release. DSHK production was put in the city of Kuibyshev, which gave 555 appliances and machines of Kovrov. As a result, during the war, the main production went Kovrov, and in Kuibyshev - "duplicate". 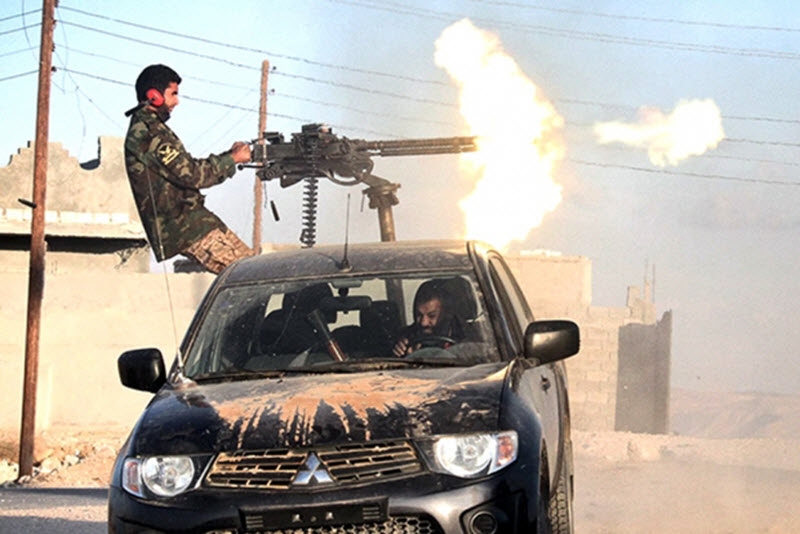 Besides easel, used self-propelled units with the ANC - mostly pickups M-1 or GAZ-AA trucks with mounted machine gun in the back of the ANC in the zenith position of the machine. "Air defense" light tanks on the chassis of the T-60 and T-70 more prototypes have not moved. The same fate befell the complexed installation (although it should be noted, that the structure of a 12.7-mm anti-aircraft guns were used is limited - for example,, they served in the air defense of Moscow). Failures were associated facilities, Firstly, with the power supply system, which did not allow to change the feed direction of the tape. But the Red Army successfully used a 12.7-mm quad American installation of the M-17 machine gun based on M2NV "Browning".

"Anti-tank" role DSK machine gun, who was nicknamed "Duska", It was insignificant. The machine gun is limited to use against light armored vehicles. But the ANC has become a tank - was the main weapon of the T-40 (amphibious tank), TO-64D (light armored vehicle), in the 44th year of 12.7-mm anti-aircraft gun turret was mounted on a heavy tank IS-2, and later for heavy self-propelled guns. DShK on tripods or pedestals were armed with anti-aircraft armored (during the war in the defense forces acted to 200 armored train). DSK with a shield and folded the machine can be reset guerrillas or landing in Parachute bag DFC-MM. 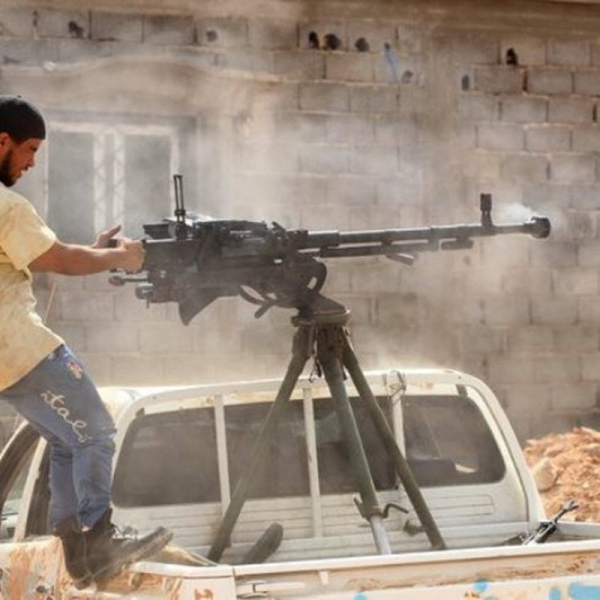 The fleet began to get the ANC in the 1940 year (at the beginning of the Second World War they had 830 PC.). During the war, the industry handed fleet 4018 DSK, yet 1146 It was transferred from the army. The Navy antiaircraft DSHK installed on all types of vessels, Raised including fishing and transport ships. They were used on twin single column book-rests, tower, turret. column book-rests, rack-mount and tower (sparennuю) installation under DShK, adopting Navy, He developed IS. Leszczynski, №2 plant constructor. Column book-rests setup made it possible to conduct a circular firing, vertical guidance angles ranged from -34 to +85 degrees. AT 1939 by AI. Ivaşutic, another designer Kovrov, column book-rests developed Tandem installation, and later appeared DShKM 2-circular firing yielded. Angles constituted by the vertical guidance -10 to +85 degrees. AT 1945 was adopted twin deck installation 2M-1 has been accepted, having an annular Sight. Twin tower installation DShKM-2B, CDB was established in the 19th century, a 43-year, and SB-K sight allowed lead circular firing at angles from the vertical guidance -10 to +82 degrees. 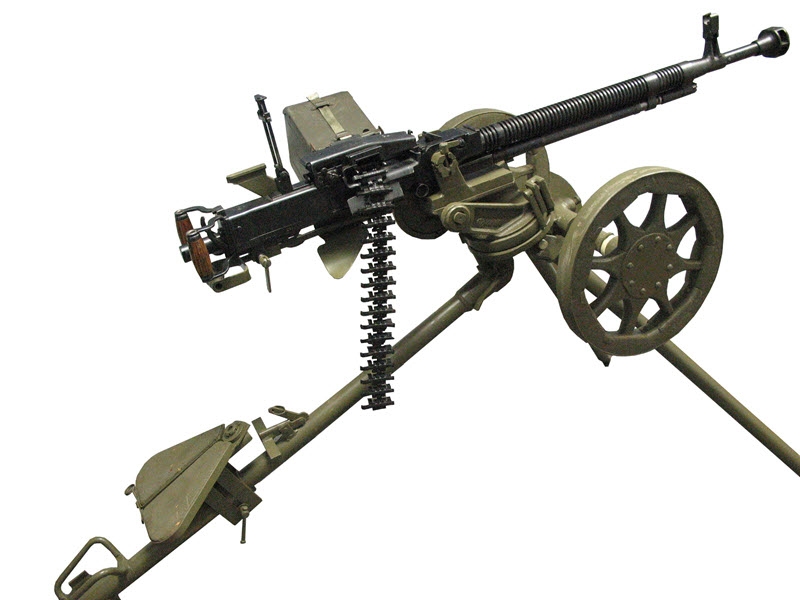 For boats of different classes to create an open turret twin installation Mstu, MTU-2u 2-UK having pointing angles from -10 to +85 degrees. Sami "marine" guns different from baseline sample. So, eg, in the embodiment, the turret frame not used Sight (It used only with ring-front sight vane), handle bolt has been extended, Ammo boxes changed hitch. Differences guns for twin installations were to design fore-end of the frame handle and the trigger lever, no sights, fire control.

The German army, who did not have regular heavy machine gun, willingly used the trophy DSHK, which were designated MG.286(r).

At the end of the Second World War Sokolov and cows held a substantial upgrading of the ANC. The changes primarily affected the power supply system. AT 1946 , the modernized machine gun under the brand DShKM was adopted. System reliability increased - if the ANC TU allowed 0,8% delays during shooting, then on DShKM this figure was already 0,36%. DShKM machine gun was one of the most widespread in the world. 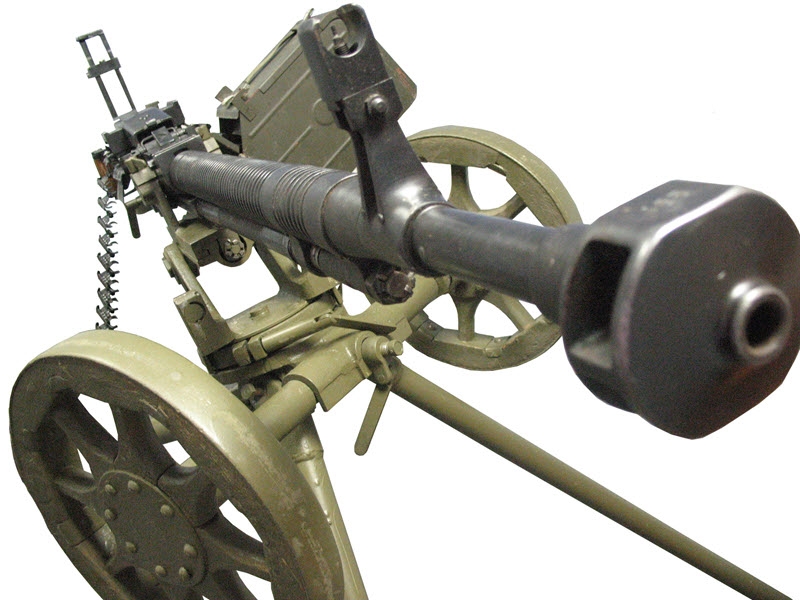 Iran: licensed production at the Defense Industries Organization under the symbol MGD;

Pakistan: manufactured by Pakistan Ordnance Factories under the symbol type 54;

Romania: at the beginning 2015 of the year, DShKM produced at the plant "Kudzhirsky Mechanical Plant" (subsidiary of Romarm) in Cugir;

DShKM was or is in service with more than 40 armies of the world, made in China (A type 54), made in Pakistan, Iran and some other countries. DShKM gun was used as the zenith at Soviet tanks postwar (T-55, T-62) and on armor (BTR-155). Currently, the Russian armed forces and machine guns DSHK DShKM almost completely replaced with heavy machine guns, "Cliff" and "Chord", more sophisticated and modern.

The performance characteristics of the ANC 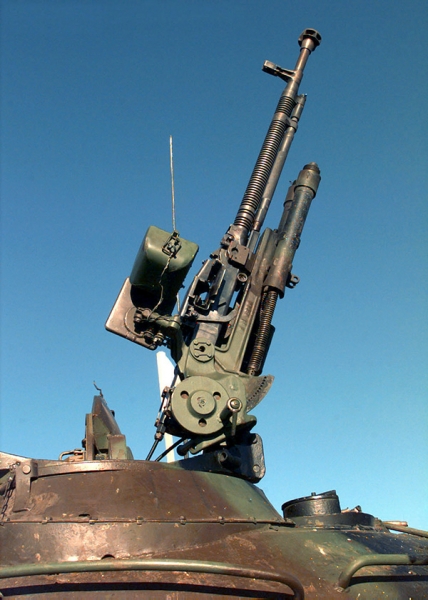 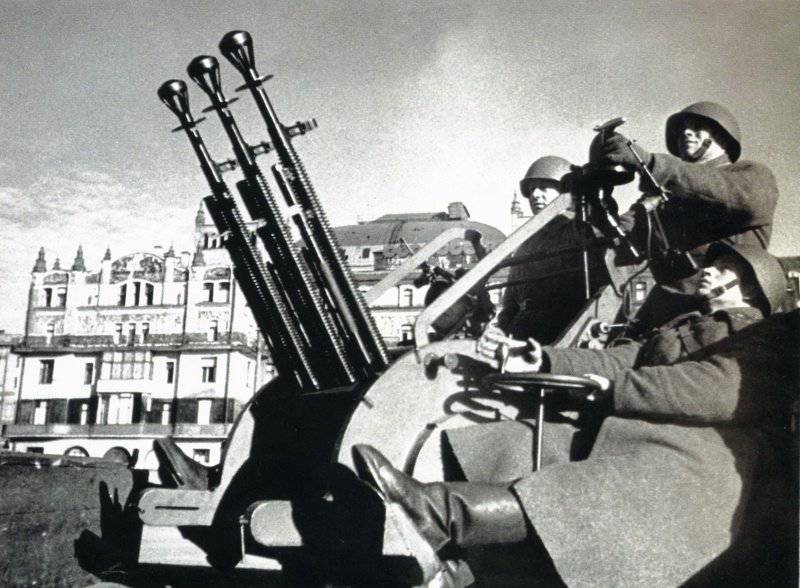 antiaircraft (Three 12.7 mm gun DShK) in the center of Moscow, on Sverdlov Square (Theater today). In the background is seen the hotel "Metropol" 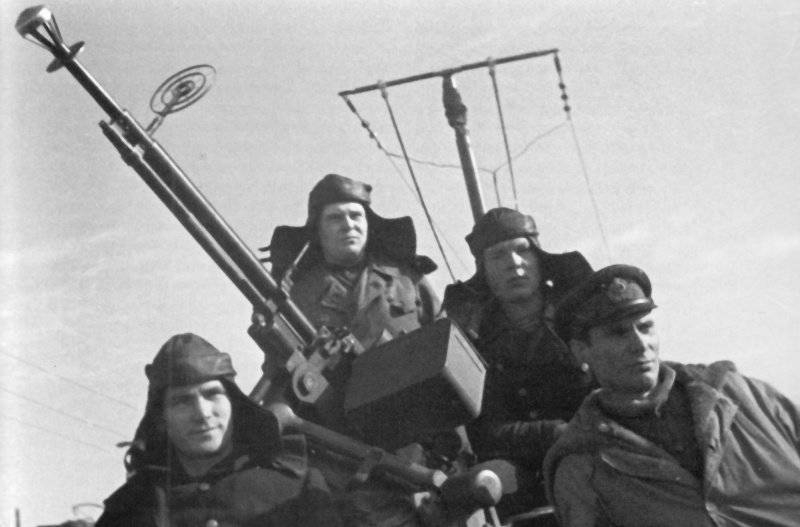 Crew members of the TC-684 torpedo boat of the Baltic Fleet pose in front of the aft turret 12.7 mm machine gun DSK 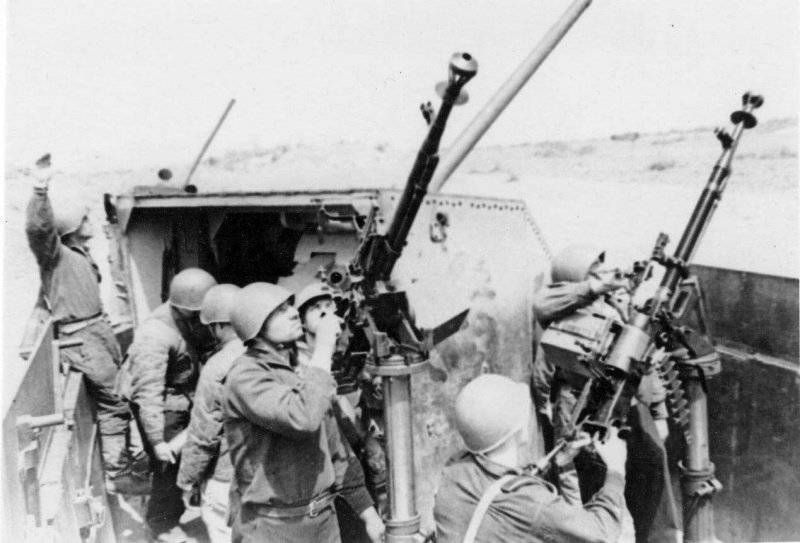 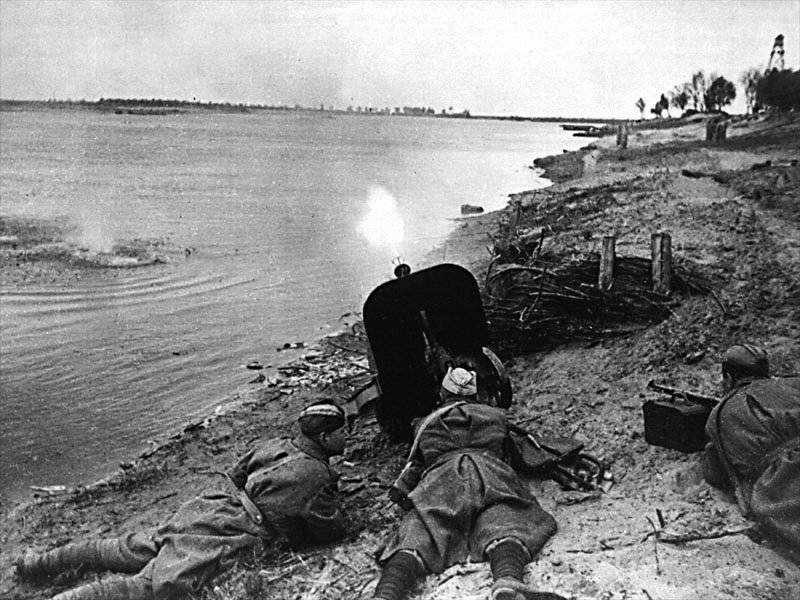 It is the crossing of the Dnieper. Calculating machine gun DSK support to cross fire. November 1943 g 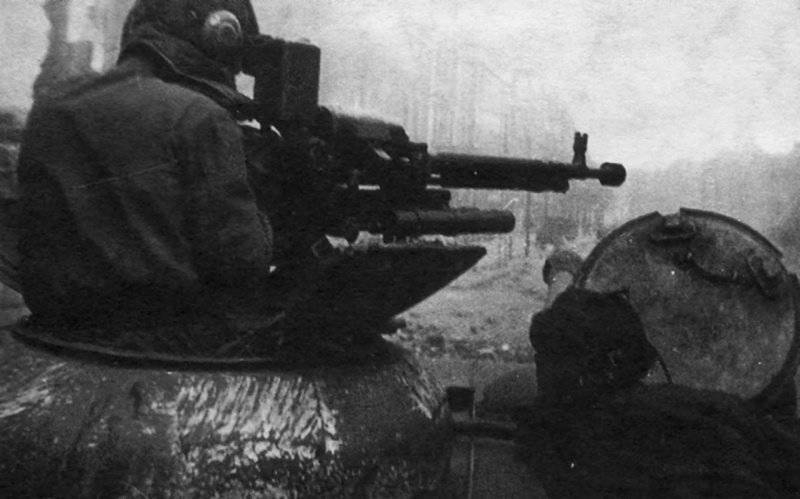 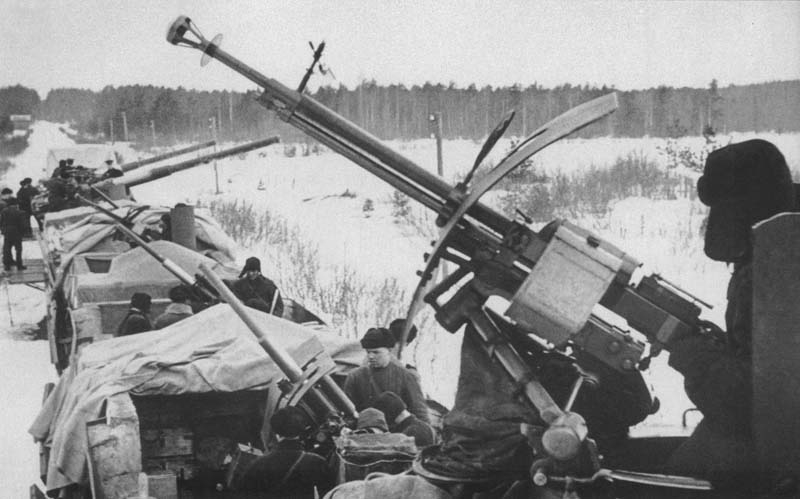 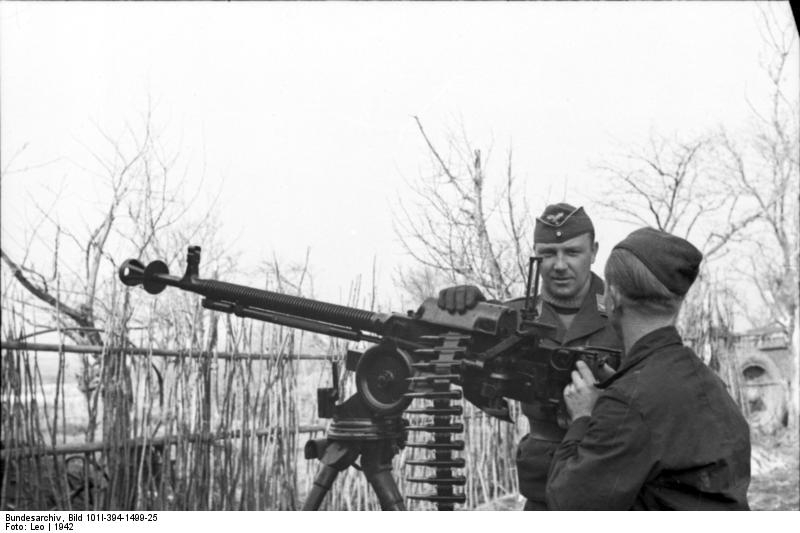 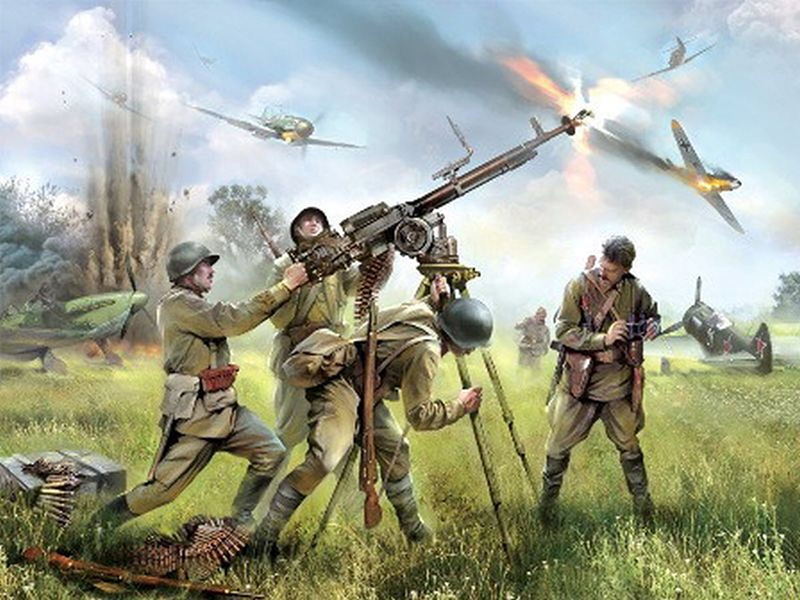 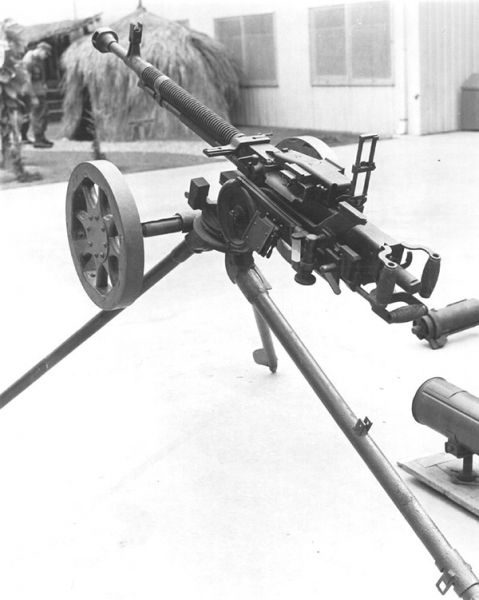 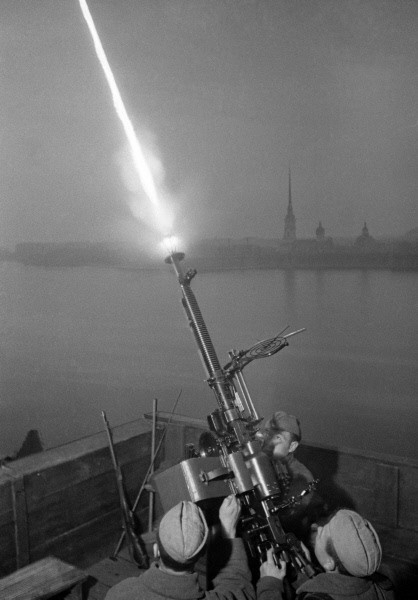 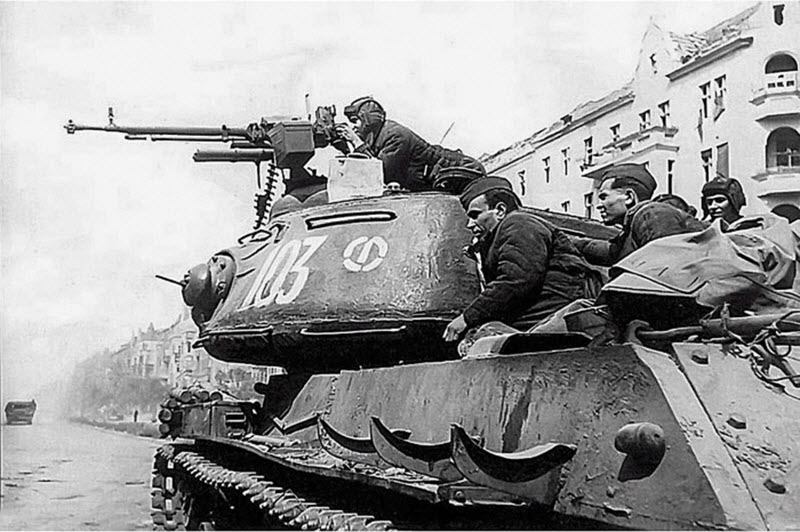