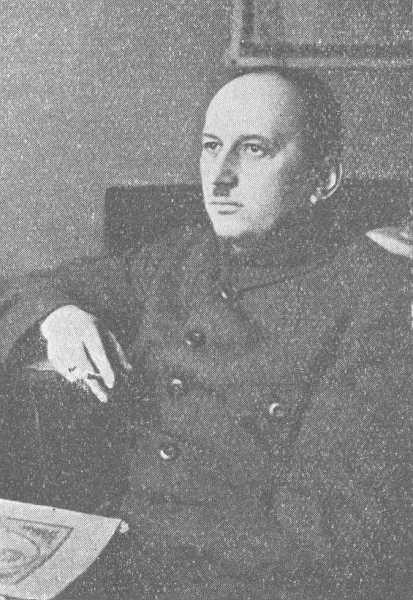 Known in the past military theorist and historian of A. A. Svechin was a forerunner of the Soviet defensive military strategy. A scientific activity. A. Svechin associated with a period of 20s - mid 30s. This is a time marked by the rapid development of Soviet military theory. It was during this period, it was laid a solid foundation for the development of military doctrine of the USSR, including its military-strategic component. it happened, that many of the strategic outlook of the Soviet military theorists decades later only gained the right to exist. This fully applies to the theoretical propositions, A nominated. A. Svechin

Among the major theoretical problems, developed by these scientists, the greatest interest in our time are the provisions of the communication policy and military strategy, the nature of future war, ratio of offense and defense on a strategic scale. According to the scientist statement domination of politics over strategy "it has a world-historical character". In his writings Svechin convincingly refuted the Soviet and foreign scientists, who preached the thesis of the autonomy of military strategy.

However Svechin understand the policies and strategies are not one-sidedly. The main difficulty was the dialectical relation between these phenomena; in this way, He noted the reverse impact on the policy strategy. A. A. Svechin stressed: "... policy in peacetime to a large extent has to base its calculations on the military capabilities of friendly and hostile states".

Urgent now is the proposition A. A. Svechin about, that responsible politicians should be familiar with the strategy. "... Politician, nominated by a political target for military action, - he wrote, - should be aware that, that is achievable for the strategy at its existing facilities and how policy can affect the change in the situation for the better or for worse ". The correctness of this position repeatedly confirmed by life, especially the experience of the Great Patriotic War. In modern conditions, when the war ceases to be rational means policy, the highest state and political leadership should know the basics of the theory and practice of military strategy.

Of considerable interest are the views Svechin the nature of future war. Based on a thorough and comprehensive analysis of the system of international relations, he still 1926 It was concluded, that in this war the first victim in Germany is Poland. 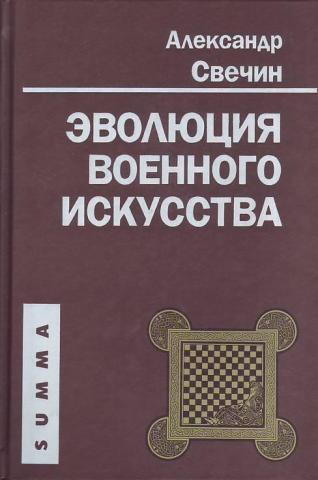 In the 20s, many Soviet theorists believed, that all wars, who are coming to the Soviet Union, be revolutionary, so the Red Army offensive strategy should be. In this absolutized experience offensive action of the Workers 'and Peasants' Red Army in the Civil War, while our army was not only victorious offensive operations. It has been argued, that the proletarian state by its very nature is peculiar only to the offensive "strategy of destruction", and thought, that the rear of the capitalist countries would be as fragile, as well as the rear of the Whites in the Civil War.

Not excluding the revolutionary nature of future war, Svechin warned, that the re-evaluation of opportunities in strategic offensive operations could lead to catastrophic consequences for the coming. It should be noted, that scientific findings based on a thorough knowledge and understanding of military history, analysis of the socio-economic empowerment of the warring parties. Local armed conflict with Chiang Kai-shek to the Chinese Eastern Railway in 1929 year, with Japan 1938 and 1939 years, at Lake Khasan and Khalkhin Goal, Soviet-Finnish War 1939 – 1940 years, the war against Nazi Germany and its satellites in 1941 – 1945 years largely denied opponents A. A. Svečina, claimed, that he "is on the road of anti-Soviet". It was believed, that all wars, in which the Soviet Union would participate, yavyatsya revolutionary wars.

Long before World War II wrote Svechin, it is not excluded the capture of the territory of the USSR western aggressor, therefore it is necessary to take into account the military-strategic factors in the construction of new industrial facilities. foreseeing, that the outcome of a future war will be decided on the land theater of war, he questioned the feasibility of creating a large surface fleet in the USSR.

With the adoption of the Soviet Union's defensive military doctrine of particular relevance acquired Svechin views on the relation of offense and defense. The note "Future War", addressed to the People's Commissar of Defense, Svechin raised the question of underestimating the strategic defense, without which in a coalition war against the Soviet Red Army can not do. Professor Svechin idea was to ensure, that a strategic attack on one sector of the front must be provided to the defense of others. "There is a lack of respect in the Red Army on the defensive, - he wrote, - is based on a misunderstanding of the dialectical relation between them: who can not defend themselves, and will not be able to attack ".

As a result of the organization's strategic defense it was one of the most difficult tasks, who had to deal with the Soviet military command in the first days of the Great Patriotic War. Based on ideological positions, rather than operational and strategic calculations, the idea of ​​transferring the war at the very beginning on the enemy territory was untenable. strategic character flaws turned to us millions of victims, loss of large parts of the, the loss of enormous wealth.