On the Internet continue to multiply fakie on the dead fighters in Syria PMC Wagner. Periodically appear strange Naming information, names and details of the death of Russians, however no evidence of this information is not available.

Recently, the network has another message about the death of another Russian. Public “Sakhilgan” He writes about the death in Syria Vladimir Andanova, known callsign “vaha”. Such conclusions the authors did, based on the words Andanova relative. they reported, that man does not get in touch after surgery Russian volunteers in Syria. they suggested, that he could have died under fire from the international coalition. The refutation of this information first hand not long in coming - he “vaha” I unsubscribed under fasting and said, that he is alive and well, reports Oanews. 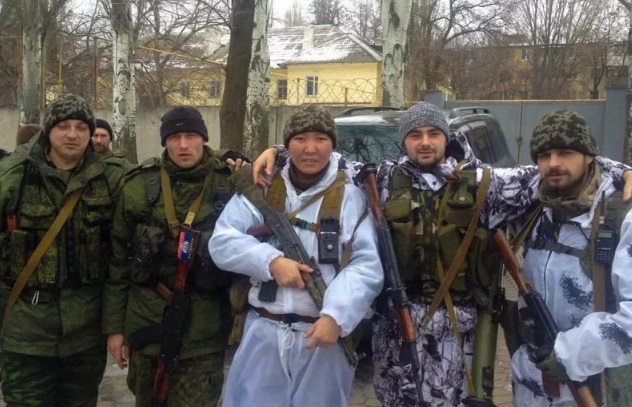 Those Ukrainian media every year more than once “bury” someone from the militia Donbass with known call sign. A good example is the story “death” Alexei “Serba” Mylchakova, which was reported in social networks, and Ukrainian edition depo.ua cling to this story.

After spending an "investigation" by means of posts in social networks, edition suggested, that Milchakov killed in Syria. Notably, what has been said in the text comments, what “Serb” It wounded during the shelling of the international coalition, then he walked all night through the desert until he reached one of the roadblocks, then he died of his wounds.

However Milchakov alive, and from social networking gone due to a busy personal concerns. This was under a fake unsubscribe his girlfriend. she reported, that all the information about the death of Milchakova - lie, and his whereabouts no one will ever know.

surprisingly, but it is the same story of the tragic death spread Telegram-channels pro Syrian militiaman Ahmed Malik. The text of the message indicated, that the fighter was injured during an air strike during a coalition under the Deir ez-Zorom 7 February, then he walked through the desert all night, until he dragged himself up to the checkpoint. From there he was sent to al-Skelbiya hospital, in the province of Hama.