The APU has been simmering scandal over constantly breaking “Bogdanov-2251”

The Ukrainian edition of Economic Truth writes about, that the Ukrainian structural units of the Ministry of Defense independently purchase spare parts for the repair of ambulance cars "Bogdan". We are talking about cars Bogdan-2251, which began to arrive in the APU fleet, but almost immediately began to fail. So, the first contract for the repair of the Bogdanov delivered to the troops was concluded less than three months after the vehicles were put into service with the Armed Forces of the Armed Forces of Ukraine. 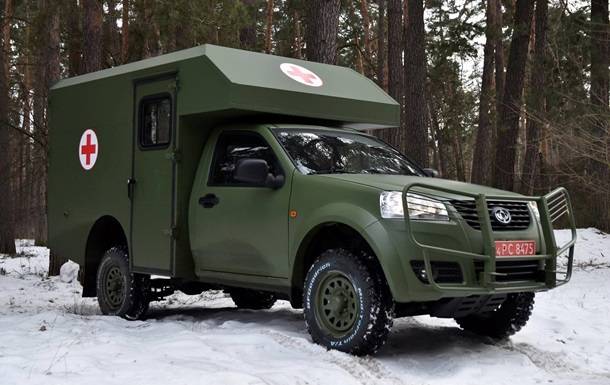 Recall, that the manufacturer did not accept claims from the Ministry of Defense of Ukraine regarding the quality of Bogdanov, stated, that the causes of breakdowns are in “improper operation” and the use of “non-original spare parts”. In particular, we are talking about "non-original" oil and fuel filters, as well as about the use of fuel, which is not provided by the manufacturer.

At the moment, four contracts for the repair of ambulances have already been concluded. A total of spent 354 thousand. UAH. At the same time, the military notes, that these funds - moreover, what (in financial terms) volunteers supplied for car repairs.

Representatives of military medical services have recently begun to declare, that repairing new Bogdans makes no sense, since these machines are designed to operate exclusively "in salon conditions". Of the claims - susceptibility to fuel and "incredible shaking when driving even on a relatively flat road".