BDK “Petr Morgunov” was launched in May 2018 of the year

Large landing ship (BDK) “Petr Morgunov”, being built for the Russian Navy at the Baltic Shipyard “Amber”, planned was launched in May 2018 of the year, spokesman Sergei Mikhailov shipyard, TASS reports.

In the second half of May BDK “Petr Morgunov” It should be launched – he said, adding, that the transfer of the Navy ship held, as previously planned, at 2018 year. 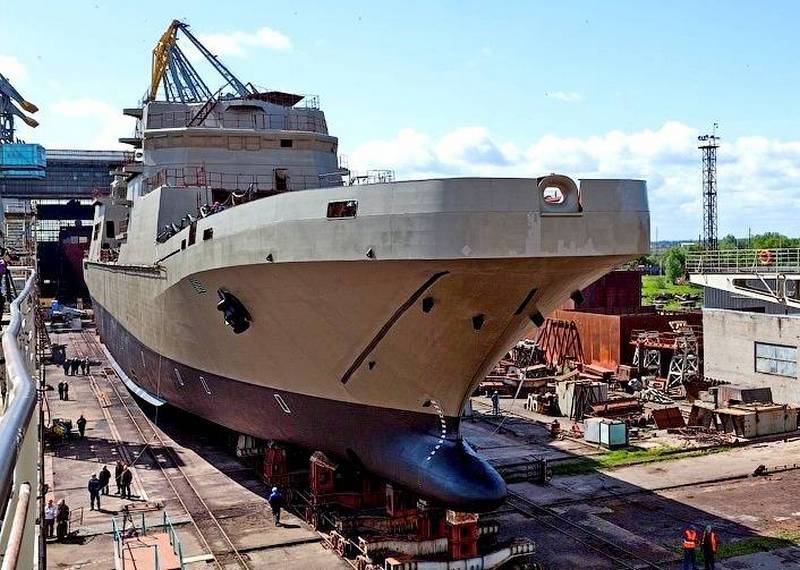 According to Mikhailov said, 2017 year “paratrooper” “I finished closing the first process step – the end of the assembly jig hull”, and 2018 “Custom expect large-scale works, including – Standard replacement of the main engine”. The interviewee explained, what, According to experts, “complex operation is carried out in order, to fix the problem c ship management, which was detected in the brain BBC project tests 11711 - BBC “Ivan Gren”.

All this work should be completed by end of April, to the second half of May, the ship was launched on”.

Large landing ship of the project 11711 “Petr Morgunov” set PES “Amber” Kaliningrad 11 June 2015 of the year, now it is on the slipway to position predspuskovoy.

Ships of the project development Nevsky Design Bureau have a displacement of 5 thousand tons. The ship can accommodate 13 main tanks, 36 BTR or BMP Libo 300 Marines. There is a possibility of delivery to a destination marines reinforced company with the standard technique and drop it on imported with pontoons. ship armament consists of a six-barreled automatic cannon caliber 30 millimeters, in the hangar deck based two transport-combat helicopter Ka-29.