A recent photograph of one such meeting, at first glance no different from the others, which publishes the President's Office, if not for the presence of one person — Adviser to Turkish President Adnan Tanriverdi. In the past, lieutenant general of the Turkish army, уволенный из "кемалистской армии" за свои взгляды, today it — head of a private military consulting firm SADAT Inc, которую часто называют "личной армией президента Эрдогана" или "частной армией турецкой правящей Партии справедливости и развития".

Adnan Tanriverdi created the first Turkish private military company SADAT International Defense Consultancy A.S. (tour. SADAT — Construction Industry Trade and International Defense Consulting Inc.) at 2012 year — in the midst of the civil war in neighboring Syria. Tanriverdi, which is considered close to Erdogan, a man for many years, thanks to the company wants, It follows from the book written by him, "помочь арабскому миру подняться на тот уровень среди великих держав, который ему приличествует". Therefore SADAT only works in those countries, in which the majority of the Muslim population. 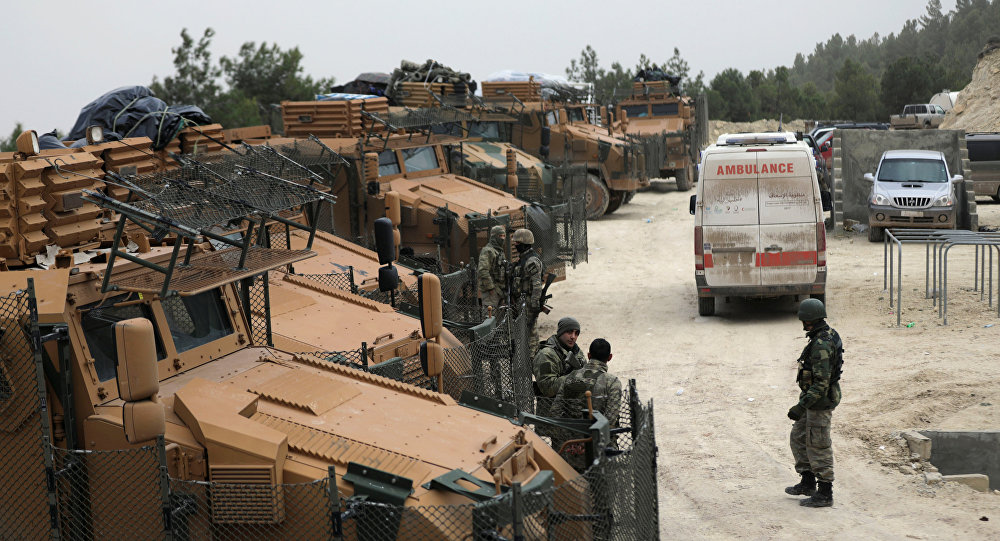 note, that account Fuat Avni (Fuat Avni or fuatavni), which until the middle of 2016, regularly published in the Twitter public information from the environment management of the ruling Justice and Development Party (PSR) and personal entourage of President Erdogan, repeatedly he wrote SADAT as a personal secret army Turkish leader. And — About, that the staff of PMCs, In addition to preparing the Syrian opposition, training is performed adolescents and youth wing SEP nationalists Osmanlı Ocakları. This PMC regularly accused Turkish opposition in the preparation of various opposition militias among the Syrian refugees, who were on the territory of Turkey, as well as in the, that its operators (employees) engaged in combat.

There is even evidence, SADAT that was created Adnan Tanriverdi and more 23 a former officer of the Turkish army under the personal orders of President Erdogan. And a prerequisite for PMC employees — uphold and respect the religious and program principles AKP. According to unofficial information,, the company is activelyinteracts Turkish intelligence service MIT in opposition matters of preparation and its supplies in Syria, and in terms of the implementation of sensitive operations.

Adnan Tanriverdi was appointed to the post of adviser to Erdogan in August 2016 of the year, то есть сразу после попытки госпереворота в Турции и перед началом операции "Щит Евфрата" на севере сирийской провинции Алеппо. Previously, he was always trying to distance itself from its ties with the company and the country's leadership on, it carries out tasks, put President Erdogan, but he has repeatedly stressed, that the activities of PMCs «carried out within, outlined the country's foreign policy», related only «consulting with, training and equipment», and that the company was established to provide services to the armed forces of the Islamic countries. After the appointment was reported, Adnan Tanriverdi not longer a leader SADAT, however, Turkish journalists say, that de facto he retained this post and this is how the president needed.

According to experts, having at hand a private military company, it is always possible under its wing to translate the regular units while talking, that they have no relation to the armed forces of the country. Besides, This allows you to bet on the teams engaged by the PMC in the storming of the complex sections, because if, несмотря на все "вывески" и "маски", Turkey will go a lot of graves with killed conscripts, it will cause public discontent, it is absolutely not necessary to the country's leadership, especially — after attempts coup. So employees SADAT times were seen in ensuring logistics (delivery of weapons to the Syrian opposition), recruiting agents among the rebel factions, а также в поддержке операции "Щит Евфрата" и нынешней — "Оливковая ветвь".