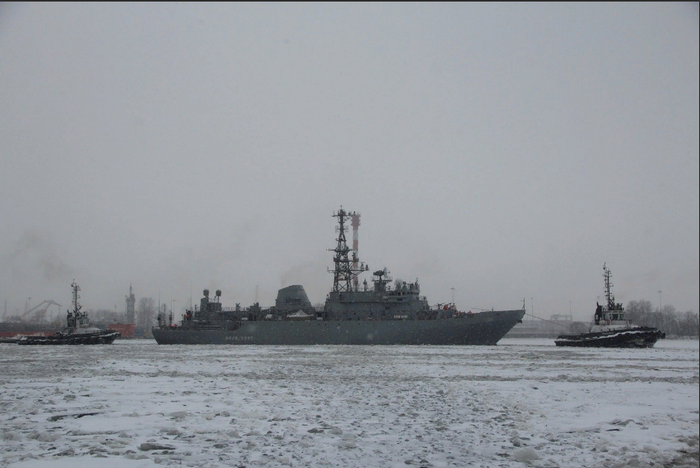 According to the plans of testing, nearly three hundred men, make up the crew and vessel commissioning team, within a month of swimming check operation of the main power plant, control systems, mechanisms and "Ivan Hursa" electronic equipment, hold speed and maneuverability tests, Test of deck equipment and anchor device. Shipbuilders will close about 150 running cards.

On “Northern shipyard” noted, that after successful sea trials the ship will proceed to state.

communications ship, named after Vice Admiral Ivan Kuzmich Hursa (29.09.1922 — 28.12.2002), who has made an outstanding contribution to the creation and development of a permanent Soviet Navy intelligence, It is designed to provide communication, fleet management, special tasks. The flagship of this project, "Yuri Ivanov", delivered to the customer in 2014 year.

The main characteristics of the project due ship 18280: