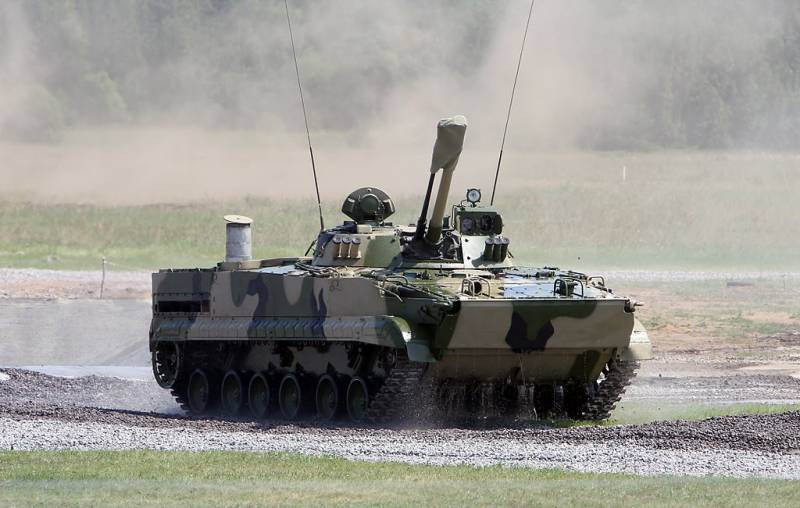 According to the newspaper, at 2018 year the first combat control vehicles 83Т289-1 "Testament" will be transferred to the troops for testing. They are created on the basis of BMP-3. The difference is, that instead of cannons, observation systems are installed on the tower. At the same time, the car is armed with a large-caliber machine gun..

The heart of the complex is an automated control system. Her blocks, as well as the calculation working with it are hidden under the armor. Before the battle, the ACS will scan the terrain in detail, determine tank hazardous directions. After receiving information about the appearance of armored vehicles, the system in a matter of seconds will collect intelligence from ground units and unmanned aerial vehicles.

"In automatic mode, the direction and speed of movement of the enemy will be determined. Targets are classified according to the degree of threat. After that, the ACS will draw up a plan for their destruction and transfer their coordinates to the calculations of anti-tank weapons ", - the newspaper writes with reference to the military department.

celebrated, that the first line of defense will include long-range missile systems "Chrysanthemum", equipped with optoelectronic devices and radars and capable of hitting targets within a radius of up to 6 km. Then the armored vehicles will be met by the Kornet ATGM with a range of 5 km.

ATGM control systems can be easily integrated. Combat experience of using such complexes in Syria, undoubtedly, taken into account in the new ACS. The militants quickly moved between the fortified areas in lightly armored vehicles.. Systems were badly needed, coordinating anti-tank weapons. I do not exclude, that the new ACS will still undergo trial operation during the Syrian conflict, military expert Alexey Leonkov told the publication.