About caught in “Malhama Tactical” jihadists, citizens of Belarus. (video)

Abu Sofia Belarus - was the name of the dead in Syria in mid-December, a citizen of Belarus, according to the material in the program Vsevolod Shlykova “Like this” Belarusian TV “Belsat”.

Presumably the former staff sergeant in the 103rd Brigade of the Vitebsk Airborne troops was a member of groups Malhama Tactical, which called itself the first jihadist private military company.

About the death of a Belarusian-Mujahideen said militants from the Syrian city of Idlib - they are fighting against the loyal Bashar al-Assad forces, and against the remnants “an Islamic state” (banned in Russia). In the ranks of the so-called Malhama Tactical remains one more Belarus - Abu Salman, who now directs a unique organization.

“Here Islamic fundamentalism combined with the privatization of war in Syria - that is involved not only the ideological element, but also financial. And this is very dangerous association”, - said project editor Informnapalm Denis Ivashin.

earlier “Malhama Tactical” He led a native of Uzbekistan Abu Rofik. Unlike most other Islamists he used social networks not for of recruitment of new terrorists. Rofik explained the principles of street fighting, first aid. Private Mujahideen collected money for its activities through the Internet and offered their services antiasadovskim forces. The group includes a number of former soldiers of the post-Soviet countries. video (see story) can be Abu Solman - journalist, who admires the combat soldier skills, claims, that he served in an elite Russian airborne units. 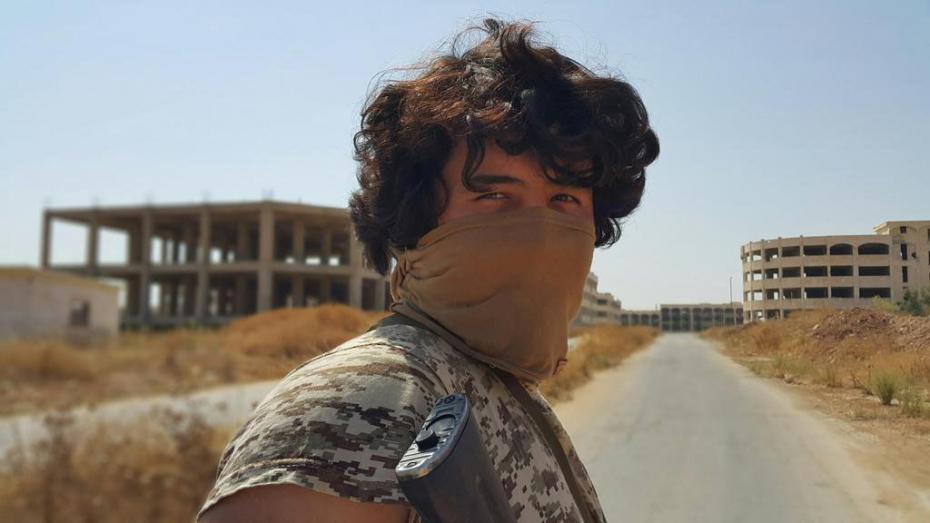 “Of course, the war has changed a bit, but we do not care who fight against: Russia, Iran, Shiites in Pakistan and Afghanistan. We came here, to protect weak women and children, and to help the people, who made his choice and rebelled against tyranny ", - said Malhama Tactical Fighter”.

The organization allegedly involved in the defense of Aleppo from the forces of Bashar al-Assad. They also recruited soldiers - that soldiers, not suicide, promising them “friendly atmosphere” and one day off per week. Abu Rofik died in February, along with his pregnant wife in Russian forces air strike in Syria. After his death, one of the fighters of the group said realigning the organization.

“Now our main goal and objective is to stop the Russian intervention in the internal affairs of other countries, since it increases aggression, and it must be stopped. In the global plans of the organization, my task was the installation of a powerful explosive device in a peaceful place of Russia”, - said one of the fighters Malhama Tactical.

The truth is more dramatic statements things have not gone. And a number of commentators referred Rofika and his supporters sofa mujahedeen and cast doubt on their participation in actual combat. Nevertheless, in Syria today are fighting thousands of mujahidin postsovetskih.

“At this point in Syria, there are about 4700 people from the former Soviet Union. It is above all the Central Asian region, well, then, is now called the Caucasus Emirate - the North Caucasus republics of the Russian Federation”, - continues Denis Ivashin.

Belarusians, yes, and even Russians from republics nekavkazskih, in the ranks of such groups accrued units, expert believes. Considering, that these people are looking at incomes for war, Toth also Donbass them NAMS blyzhe, and even safer. It is believed, that only on the side of pro-Russian DNR and LNR are fighting at least 500 Belarusians.