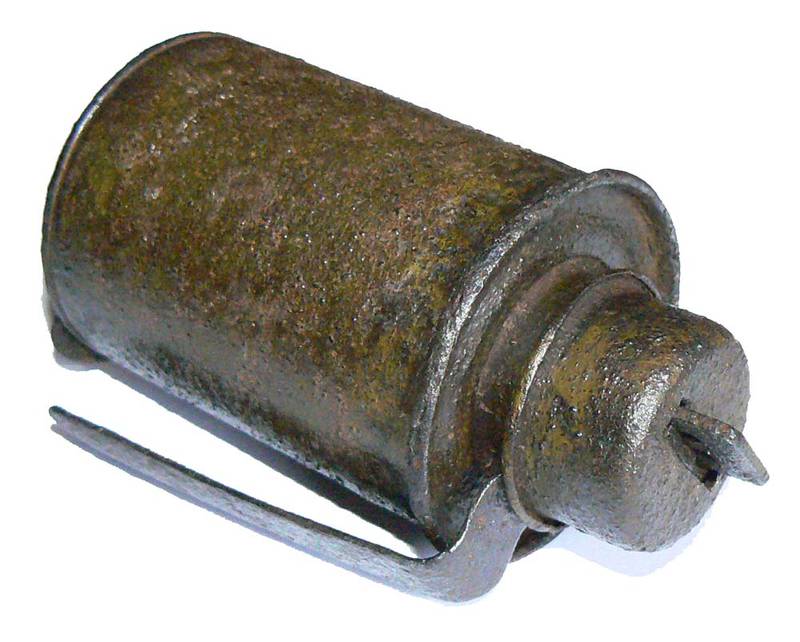 Hand grenade obr.1943 g. It is designed to destroy enemy personnel in an offensive battle.

The grenade was developed at the plant named after Kalinin, under the designation of RGC-42, but it entered under the name of the EGR-43, index GAU: 57-G-722. In connection with the relocation of all strategically important objects in the interior of the country, away from the front line, manufacture of grenades EGR has been established in the Caucasus plants.

Grenade EGR 43 is a simplified version of the grenade RGD-33 and the like used in the production technology and materials.

The design of the grenade EGR-43 was developed in order to maximize the use of parts grenade RGD-33, whose production has already been established and did not require new equipment. 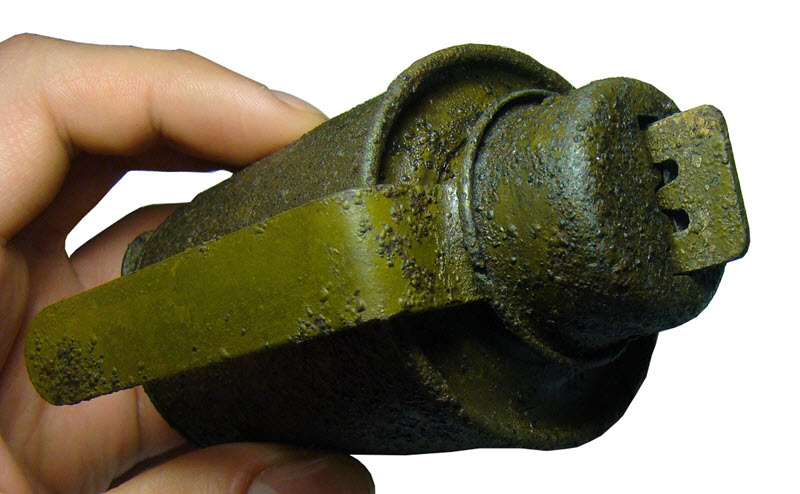 Кор­пус гра­на­ты ме­тал­ли­че­ский, It made of thick sheet metal strip 0,6 mm. The ends of the strips are joined seam. Top and bottom housing cover cap. Cover have holes in the center, in which the fixed central tube housing, designed to fuse premises grenades.
On verhnyuyu krыshku krepitsya in aid tochechnoy Tic housing udarnogo mechanism. To the bottom housing cover is fastened by means of rivets rotary valve. Actuator vыpolnyaet two functions: zakrыvaet tsentralynuyu trubku housing and pozvolyaet zapalu vыpasty, and takzhe uderzhivaet Corps oboronitelynыy Czechoslovakia.
Inside the housing is located explosive charge. Between the explosive charge and the case is placed steel tape, folded in three or four layers. It has a square or diamond-shaped notch to facilitate the formation of fragments. Тол­щи­на лен­ты 0,4 mm. 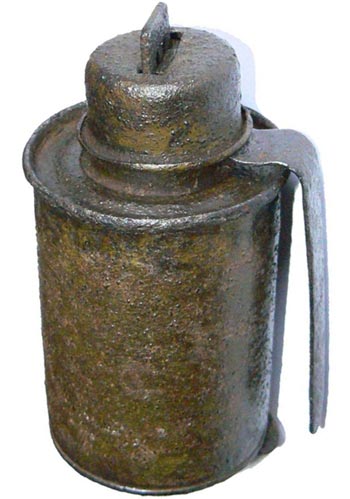 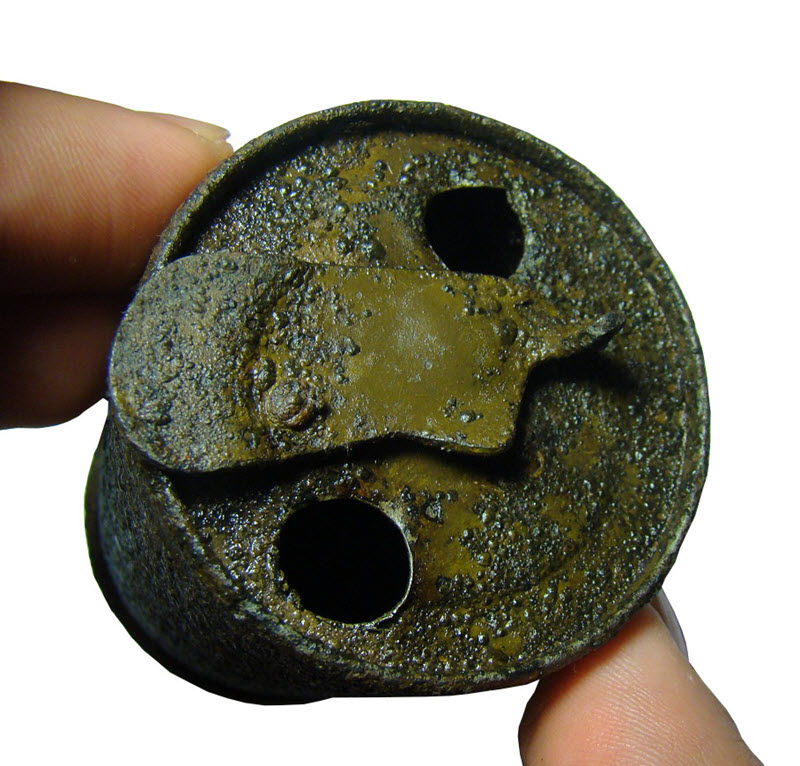 Defensive cover made of thick iron 3 mm. On naruzhnoy poverhnosti imeyutsya incisions, delyashtie poverhnosty of rombы.
Before throwing the bracket is pressed against the housing and remove the securing pin. By broska predohranitelьnaя bracket uderzhivaet in vzvedennom passed striker. At the time of the throw bracket dropped to the side and release the firing pin. Drummer by spring pins the igniter capsule, causing it to explode and exposure charge grenades.