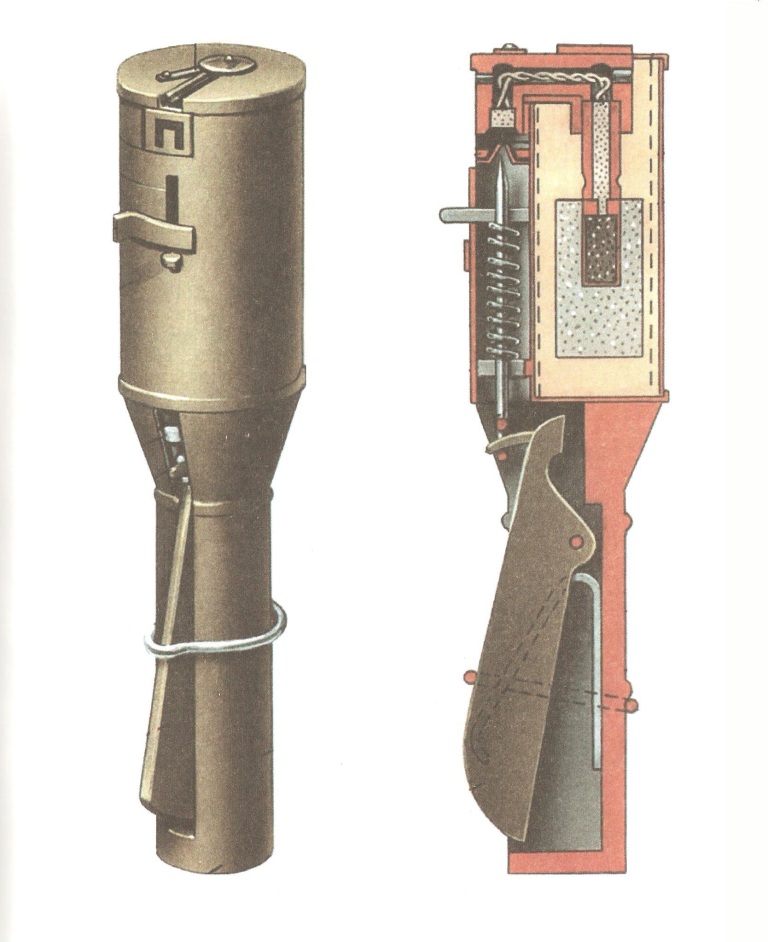 - the case of bottle-shaped grille and explosive charge;

housing grenades (length - 200 mm) It made of tinplate and has a bottom with a brass socket sunk. Oskolkoobrazuyuschim element is a strip of thick lattice -metal 1 mm square notches, coiled in a ring within the housing. To increase the amount of debris on the housing cover is put on the defensive, a cylinder of metal strip thickness 3 mm diamond knurled. cover weight - 150 g. 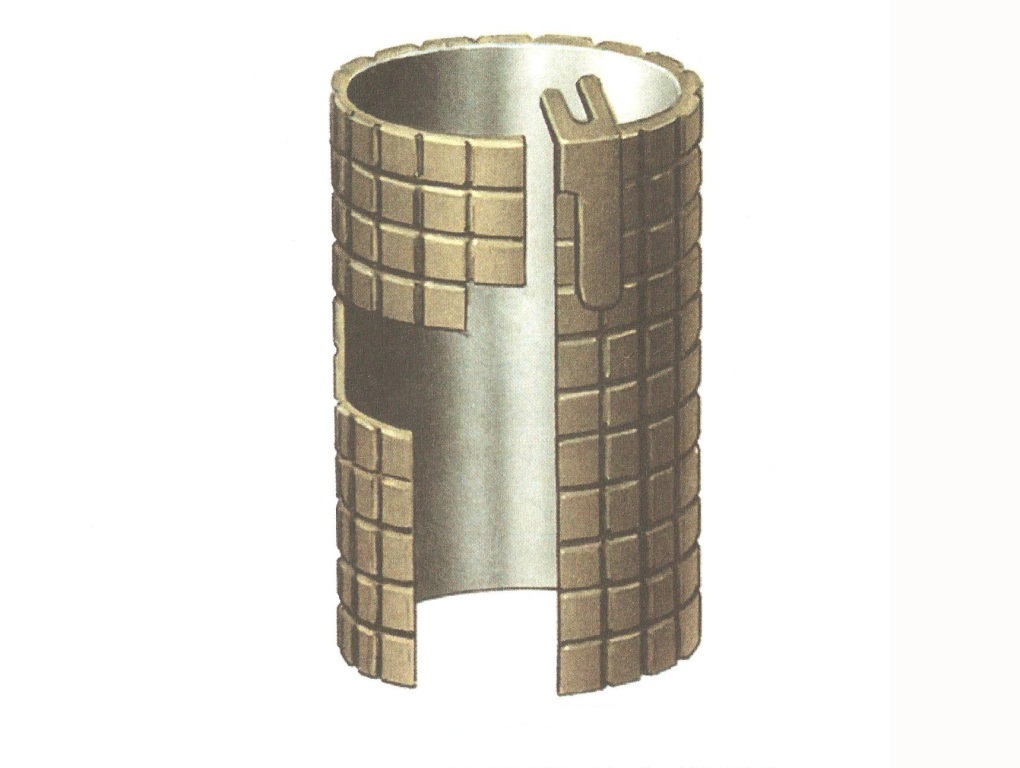 explosive charge (melinit, ammonal or trot) placed in the housing and the handle. For additional TNT detonator is tetryl.

The fuse is a T-shaped tube with a remote ignition fuse and detonator (2 g mercury fulminate), United Stopini powder and pulp. The fuse is embedded in the central housing and the housing is prevented from falling out door, wherein the curved part of the tube with the ignition fuse is located laterally above the chute drummer. 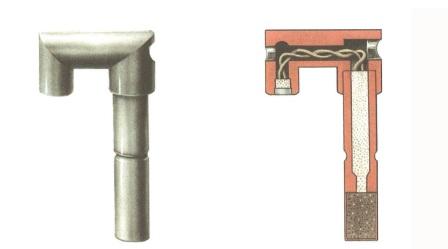 An ignition mechanism with three protection steps used to actuate the fuse and has:

- drummer with the mainspring;

- handle lever with a spring on the axis; 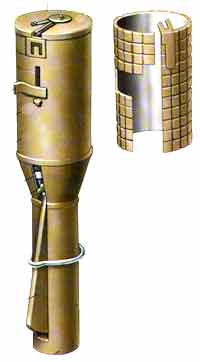 drummer length 80 mm with an outwardly projecting hammer was placed in the lateral groove and the housing in the cocked position the lever is held fork arms, which is fixed to ferrule. The slot in the housing to trigger overlapping safety cotter.

To prepare to use grenades must be:

- cock the firing pin trigger lever to engage with the fork;

- Close the safety cotter slot on the trigger housing;

- lock the lever with a safety ring, putting it on the handle;

- put the fuse in the socket housing first lock door.

To apply you must:

- clamp the grenade in his hand so, to ring housed between the middle and ring fingers of the hand;

- with the other hand to turn the safety pin (remove the 1st protection stage);

- pressing the lever, throw a grenade so, to the retaining ring remains in the hand (remove the 2nd stage).

After throwing arm, turning on the axis under the action of its spring, (3-I stage) releases the firing pin, who stabs capsule, and a ray of fire Stopini powder and pulp through 3,5-5,0 It passed with the detonator cap. When the explosion is produced, to 200 slaughter fragments (just before 2800 fragments), but with defensive cover - 300 (just before 3000 fragments). Notably, that the shape of a grenade body for many years determined the layout of the form Exercise throwing a hand grenade at a distance. 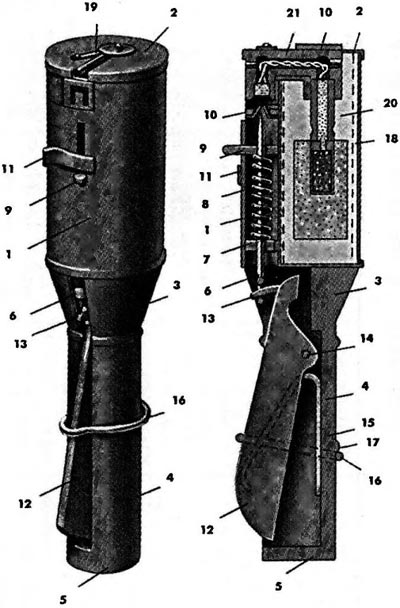