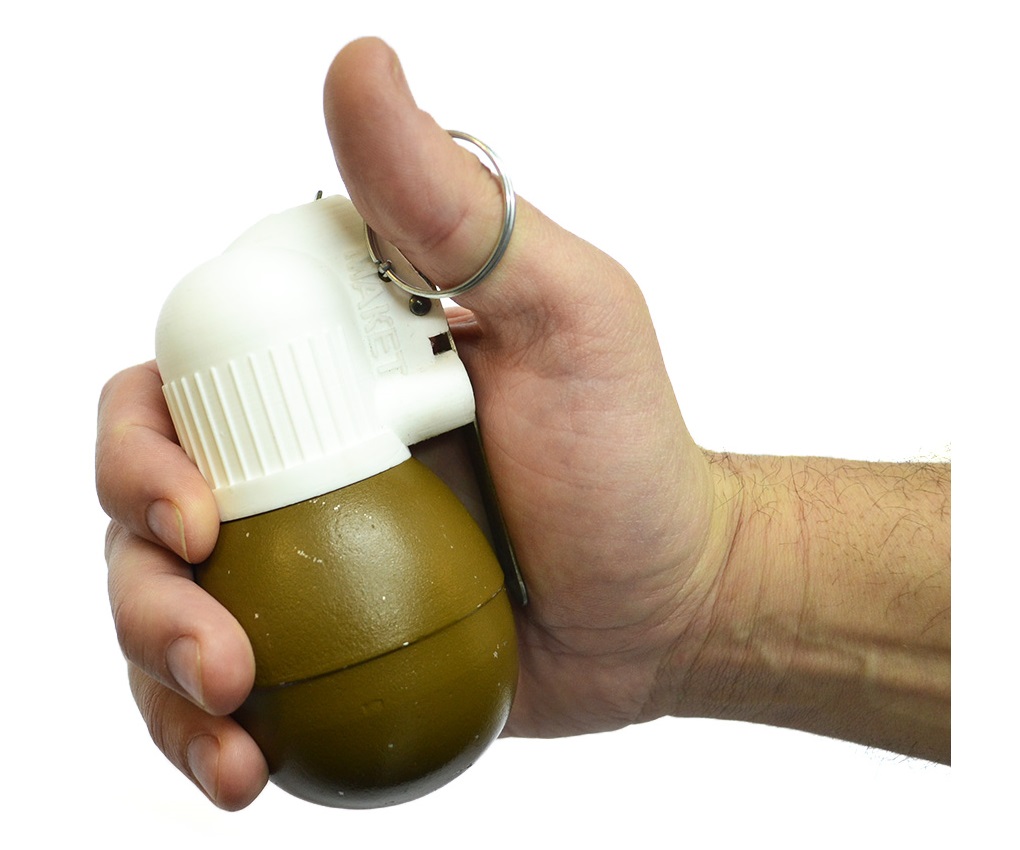 grenade RGN (Offensive hand grenade) developed 1982 g. Development was carried out by two companies, SSPE "Basalt" engaged in buildings and equipment grenades, and near Moscow, a specialized company to provide them with a single fuse DPU, main elements of which are made of high performance plastics molding method. The author of the project. Kuzmin, He conducted and finalized in. Yakunin. Leading performer of works on fuse of was D. Denisov. 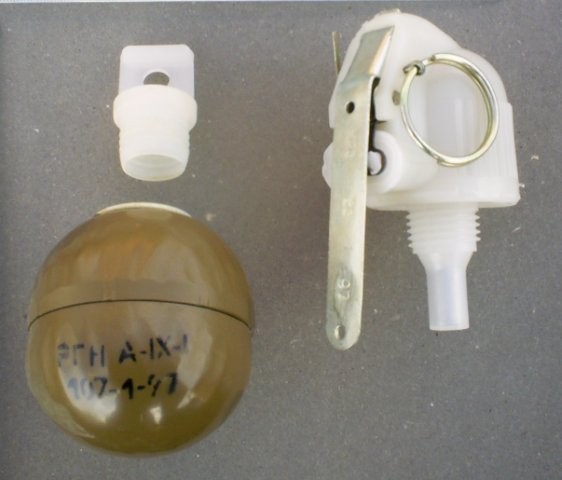 From their predecessors, and it is different design housings, and fuses. The latter was their common, developed based on the experience of combat use of hand grenades and new technological possibilities, allowing to minimize the cost of production.

Grenade casing consists of two thick and smooth outside hemispheres stamped aluminum alloy. Hemisphere are in deep corrugations for organized crushing body. Their edge grind so, to be able to put on top of the lower hemisphere and connect them to compression "on the equator". Pre-fit sealing ring therebetween polyethylene. The upper opening of the hemisphere is fixed a thin-walled cup with M20h2 few turns of the thread at the top for screwing a fuse. 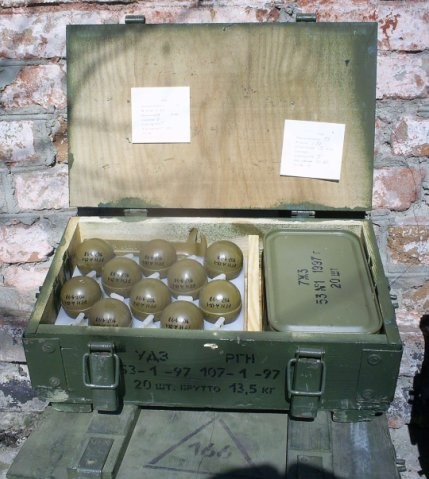 For equipment RGN applied more powerful, than for the previous grenades, BB - with the addition of TNT RDX. by itself does not melt crystalline hexogen, and its mixture with TNT can be melted and poured into the housing grenades. There are a mixture of various percentages of RDX and TNT. for example, in TGA 50/50 them equally. After pouring explosives in it drilled slot detonator fuse. The design of the grenade casing allows it to equip swords pressed even more powerful explosives, for example, A-IX-1, constituting phlegmatised hexogen, Under the glass is the ignition of the detonator additional checker. 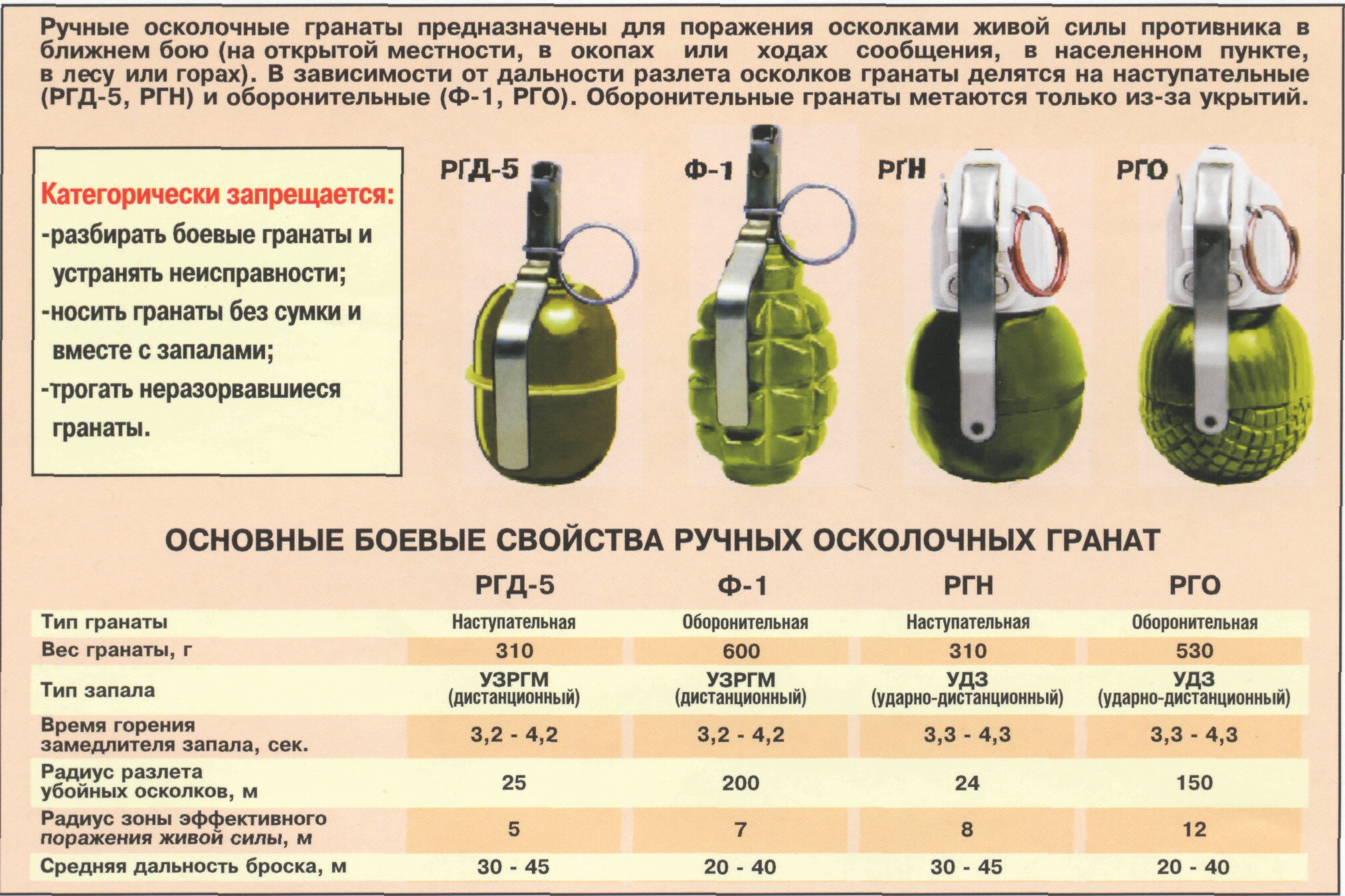 DPU fuse is designed to activate the grenade. Fuse DPU has an interesting design feature. It has two deployment loop: shock and Telecommute (a self-). The chains overlap, and a grenade explosion occurs or from hitting the barrier at the end of long-time charging (1-1,8 sec) or (if the strike did not happen or was not strong enough) after a time of self-destruction (3,2-4,2 sec).

The housing is made of plastic fuse. Inside the body there are parts and components fuse. Nakolno-safety mechanism is designed to ensure the safe handling of a grenade to throw and pinned the primer after throwing grenades. 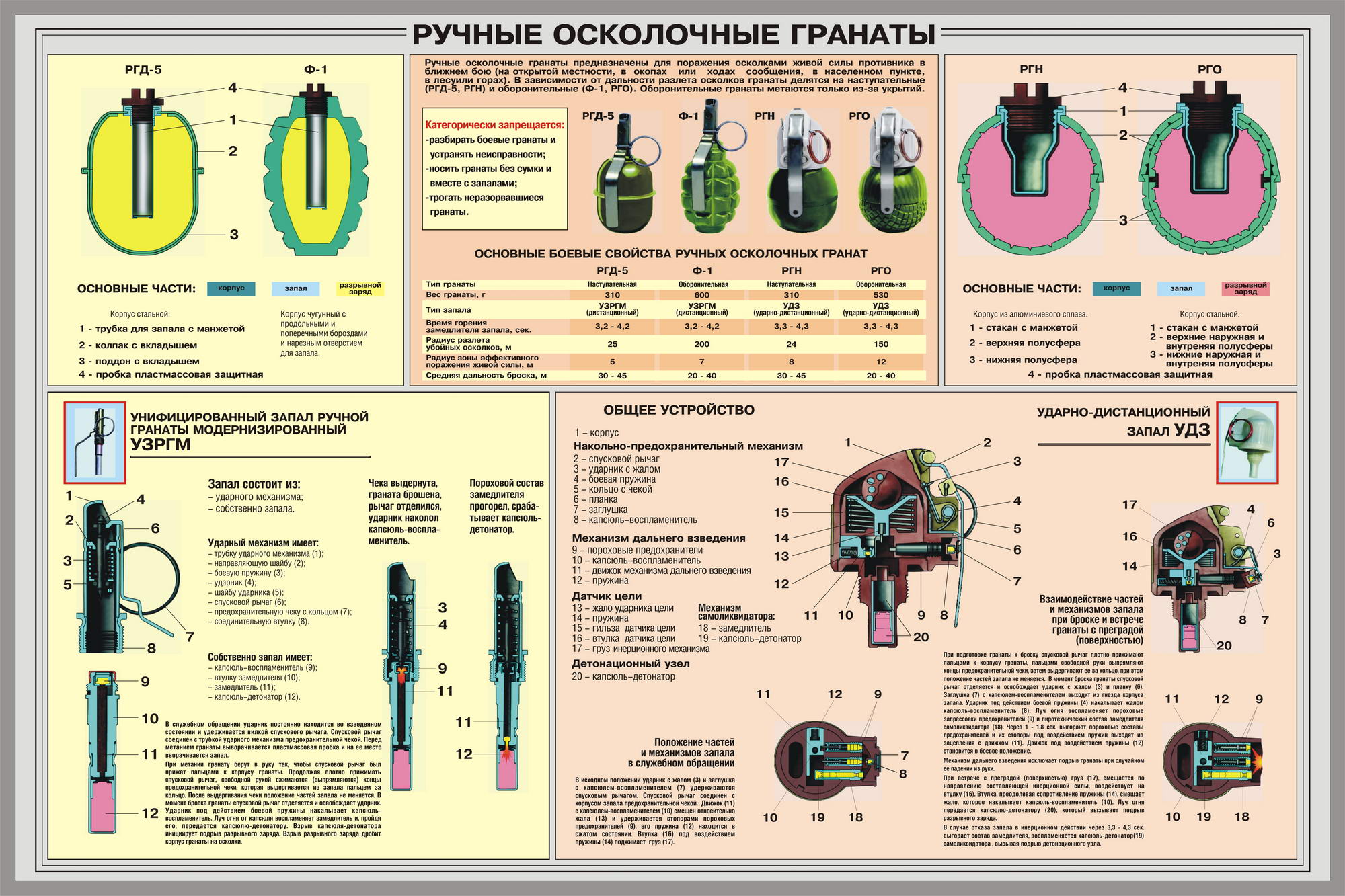 The grenade RGN widely used in the fighting in Afghanistan and in the North Caucasus, and had good reviews. 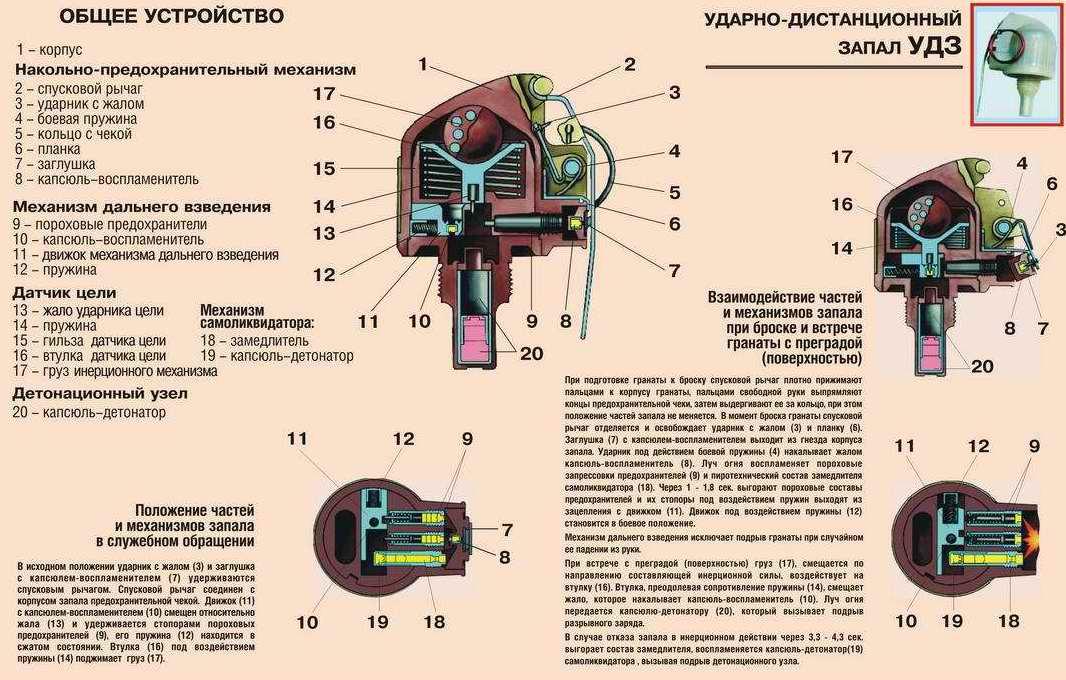