Hand grenade cumulative RCU-3 is designed to control machines, self-propelled gun mounts, armored personnel carriers and armored vehicles of the enemy, as well as for the destruction of long-term and field fortifications.

The first anti-tank hand grenades cumulative effect (RPG-6 and RPG-43) They were taken into service in the Red Army 1943 g. After the war, they were used in the different countries of the socialist camp, and on the Soviet Army were replaced by a grenade RCU-3, designed to fight tanks and armored vehicles, as well as the destruction of long-term and field fortifications. Grenade consists of a body, handle and fuse. 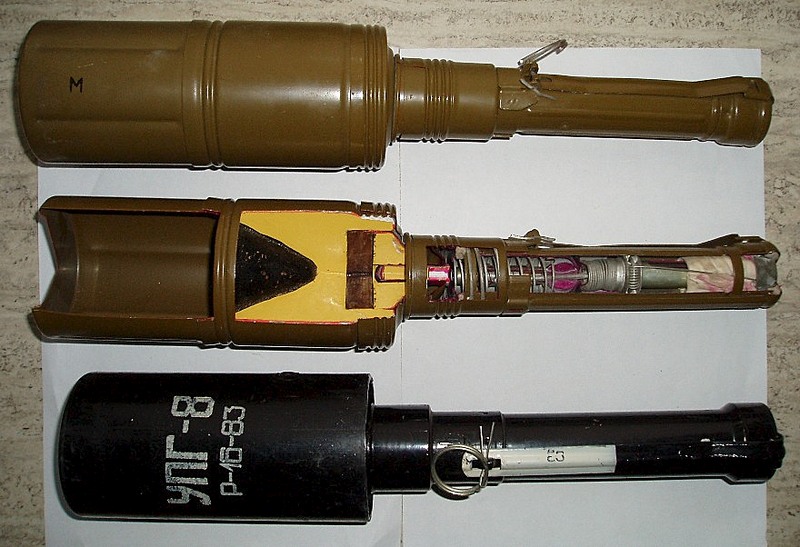 Cylindrical housing accommodates primary bursting charge, and an additional charge of igniter tube. The main charge has a cumulative funnel, facing towards the bottom housing, and lined with a thin layer of metal, the free space between the funnel and the bottom provides the distance to the target surface, the optimum for the formation and action of a cumulative jet. On top of the housing cover rolled thread for connection to a handle. On the outer surface of the casing is applied for handling instruction grenade.

The handle-mounted stabilizer, covered with soft-grip cap, and hammer mechanism with four cut-offs due to the high capacity of grenades. The first strap is hinged, presses to handle the movable sleeve and hold the cotter. Plank holds the handle of the failure of the cap. The second guard provides security in case of accidental fall when pulled out the receipt and consists of strips folding hood with a scoop, also pressed to the hilt. The third fuse, permits operation of the fuse does not close 1 m methane stabilizer and off after opening. The fourth fuse inertial load is controlled as a bolus, urging spring back special kontrpredohranitelnoy. Stabilizer grenade consists of a sleeve, cloth cone ("Parachute"), four wire feathers, ring and springs. On the movable arm sleeve is threaded for connection with the housing. The fuse comprises a snap-action detonator cap and an additional detonator.

To prepare the grenade to throw shift lever, tube is inserted into the body and handle fuse screwed to failure. Previous throw pulled out a safety check, wherein the movable coupling and the hinged bracket disengages. Catchy requires vigorous swing, since this grenade housing under the action of inertia extends from the handle and releases the hinged bar (It loads the first fuse), and ball strap folding hood. At the beginning of the flight the handle again pressed against the housing, hinged cap moves back, He turns his bar (load a second fuse) and is separated from the handle under the action of its spring. Spring stabilizer pushes it out of the handle back, cloth cone opens under the action of the wire fins and the oncoming air flow and provides further flight grenades strictly forward hull bottom. On pulling the stabilizer from the handle is released the rod fuse, which by its own springs coming out of the firing pin (load third fuse) and releases the firing pin housing. At a meeting with the aim of inertial load tends to move forward and compresses the spring kontrpredohranitelnuyu. Housing drummer moves forward, until it pushes the safety balls, holding himself drummer, in lateral grooves. Balloons, to the sides, free drummer (fourth load fuse), under the action of the mainspring rapidly progressing and prick blasting cap fuse. 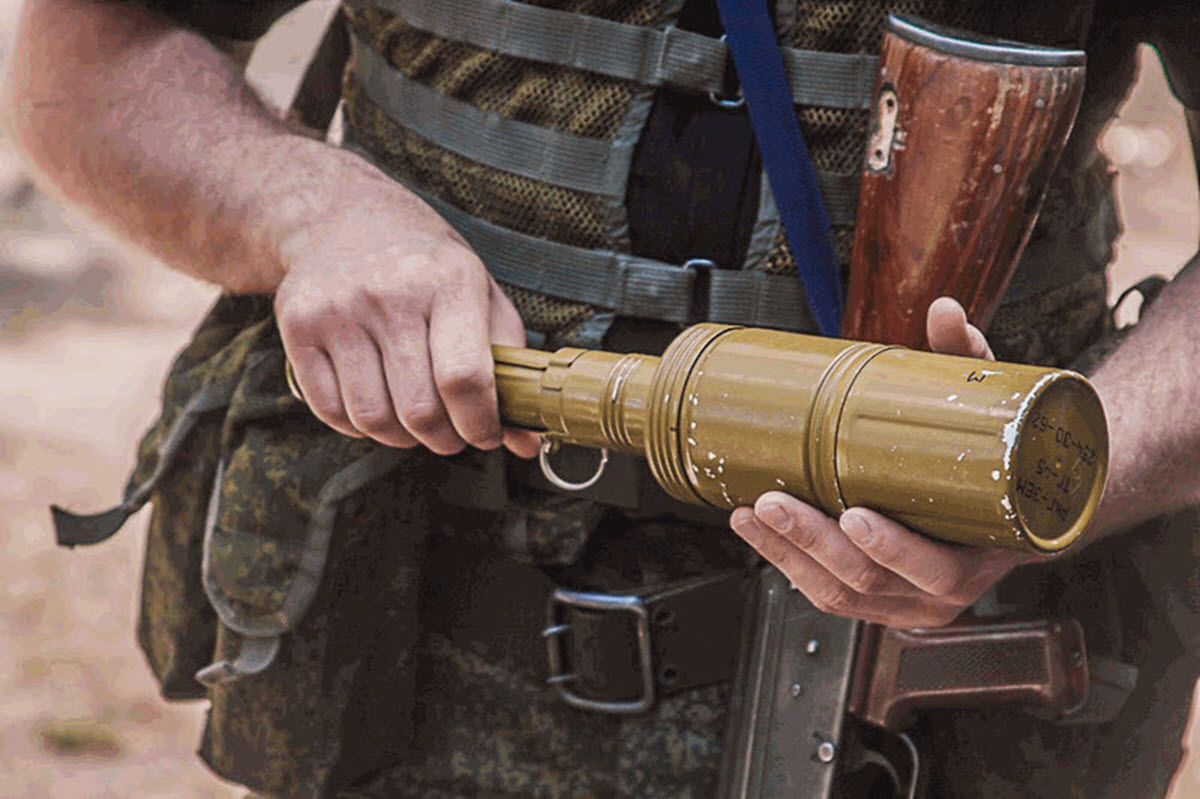 protection of armored vehicles development required an increase in armor penetration, for which models were developed GSC-3E and the GSC, the 3rd, Work units and mechanisms which are similar to the GSC-3. For training is training and simulation pomegranate UPG-8, GSC-3 replicates in shape and weight. Garnets GSC-3 worn by two in a special bag, fuses - in a separate pocket bags. Throwing is done from any position, but only because of the shelter. Currently the GSC-3 and its modifications are unable to reliably hit the main battle tanks, but they can be used in close combat against light armored vehicles, Vehicle, as well as to destroy especially durable structures.

Copies of the RCU-3 were produced in other countries - in particular,, in Yugoslavia (M79 production SDPR) and Egypt (with armor piercing grenade 120 mm).