Soviet hand grenade RGD-33 was developed in the designer Dyakonov 1933 year. The initial sample was taken grenade V.I.Rdutlovskogo sample 1914 of the year. 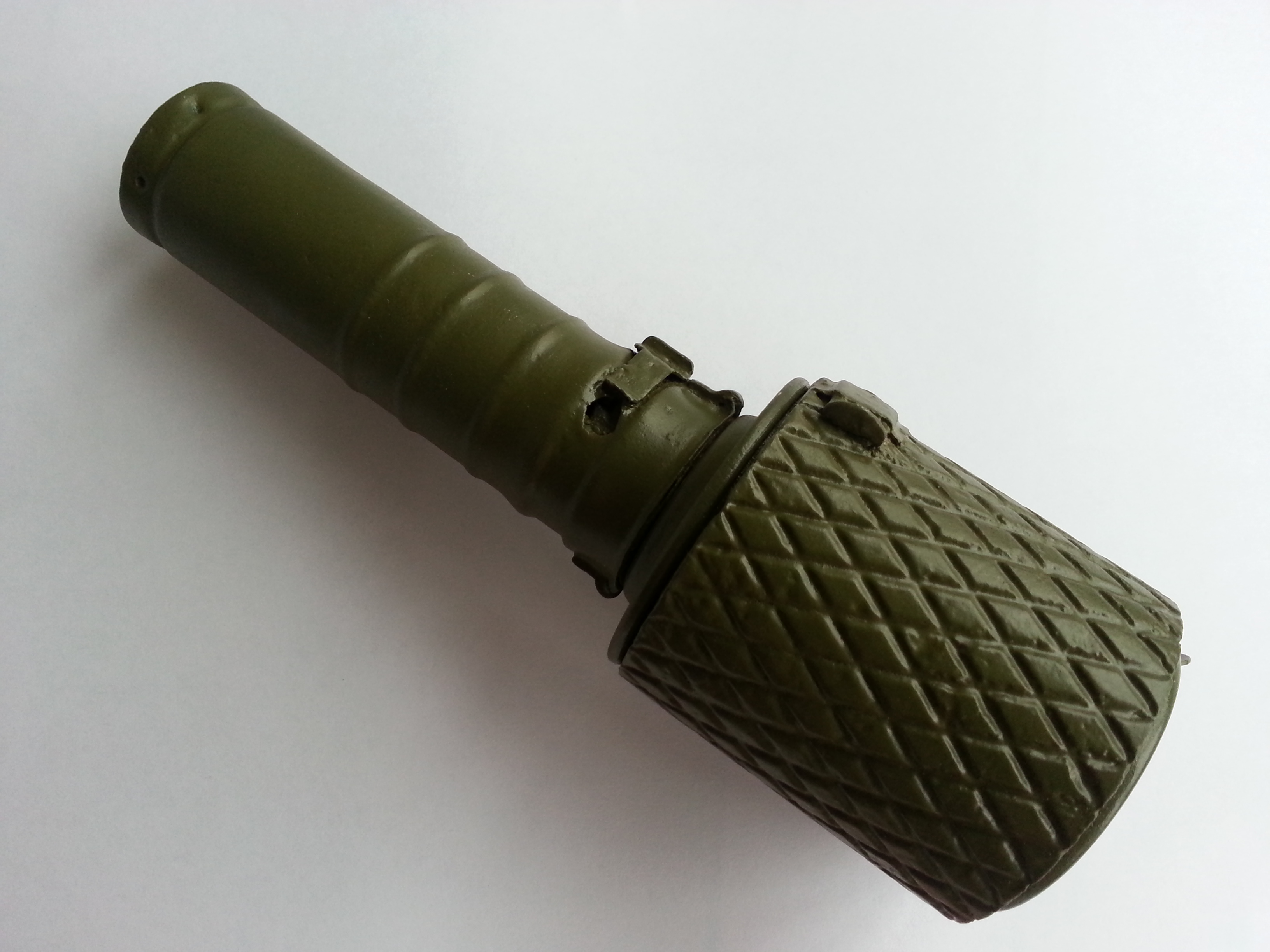 Soviet hand grenade RGD-33 refers to the anti-fragmentation hand grenades remote actions such as double. Remote actions - means, that the grenade will explode after a certain period (3.5– 4 sec.) regardless of other conditions after, as a soldier commits a throw. Double type - means, that pomegranate can be used as offensive, ie. fragments of grenades have a small mass and fly at a distance, less than the possible cast distance; or as a defensive, ie fragments fly at a distance, exceeding the throw distance. A double action is achieved by putting on the grenade so-called "jacket" - cover made of thick metal, ensuring the explosion of a larger mass of the fragments, flying at a greater distance. 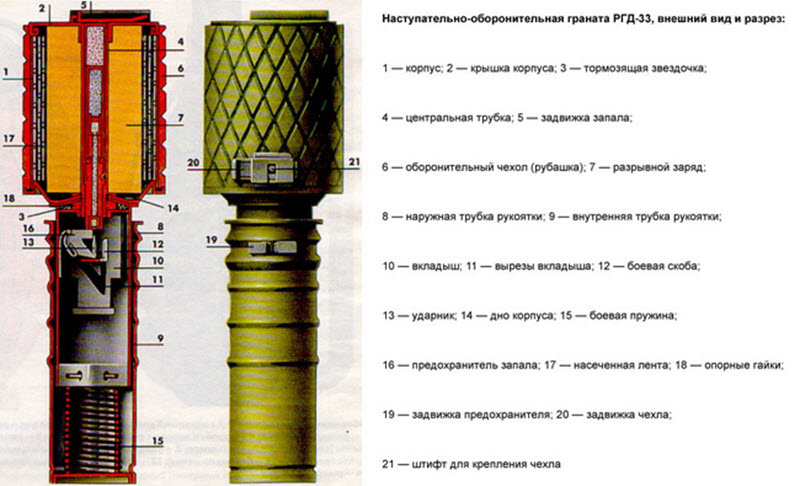 The grenade was delivered to the troops disassembled - separately in boxes lying handle with built-in them trigger mechanism, separate body with explosive charge and a separate fuse. Upon receipt of the hand grenades on soldiers handle screwed to the housing (then the handle of the grenade became impossible to separate) and placed in a bag Grenade. Fuse fighter kept separately. 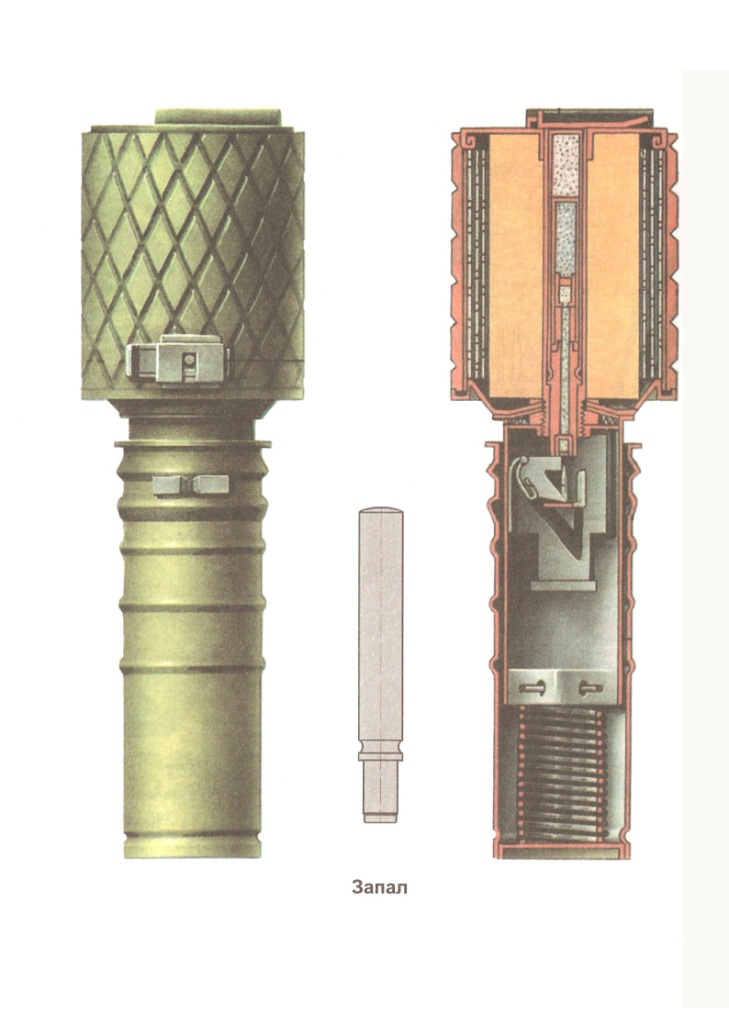 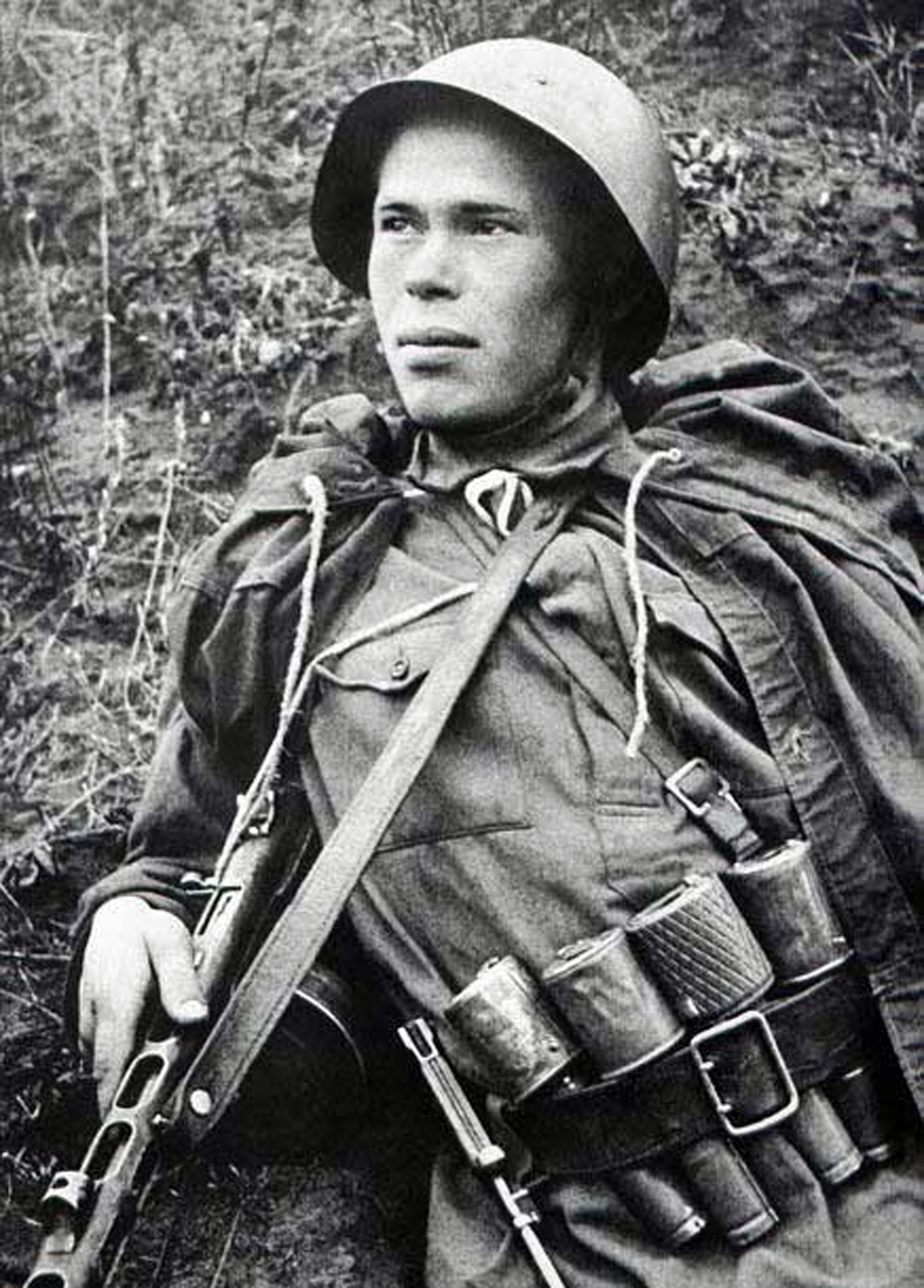