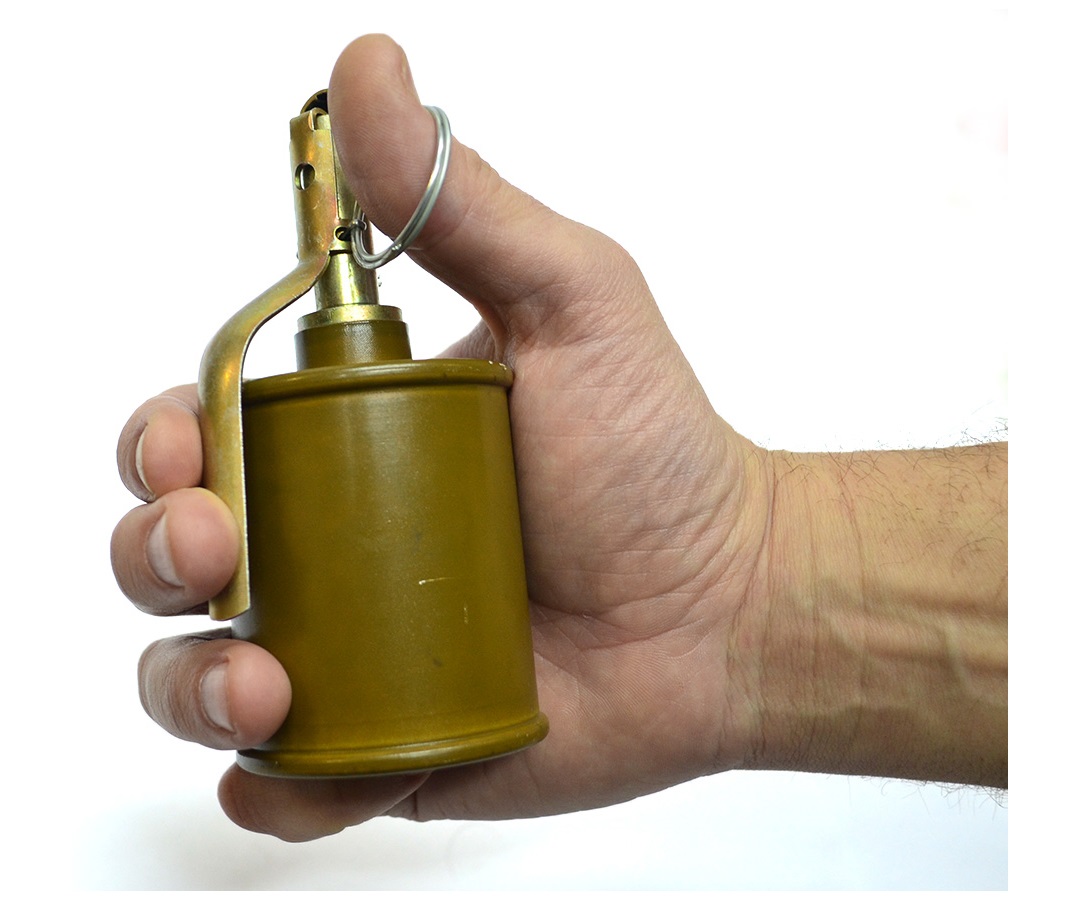 Grenade RG-42 has been developed in 1942 g. S.G.Korshunovym in GSKB-30 (when they plant №58. Voroshilov). In Russia, it discontinued production, but small stocks are in stock. Hand grenade, remote actions, It is designed to engage manpower shrapnel shell in offensive combat. 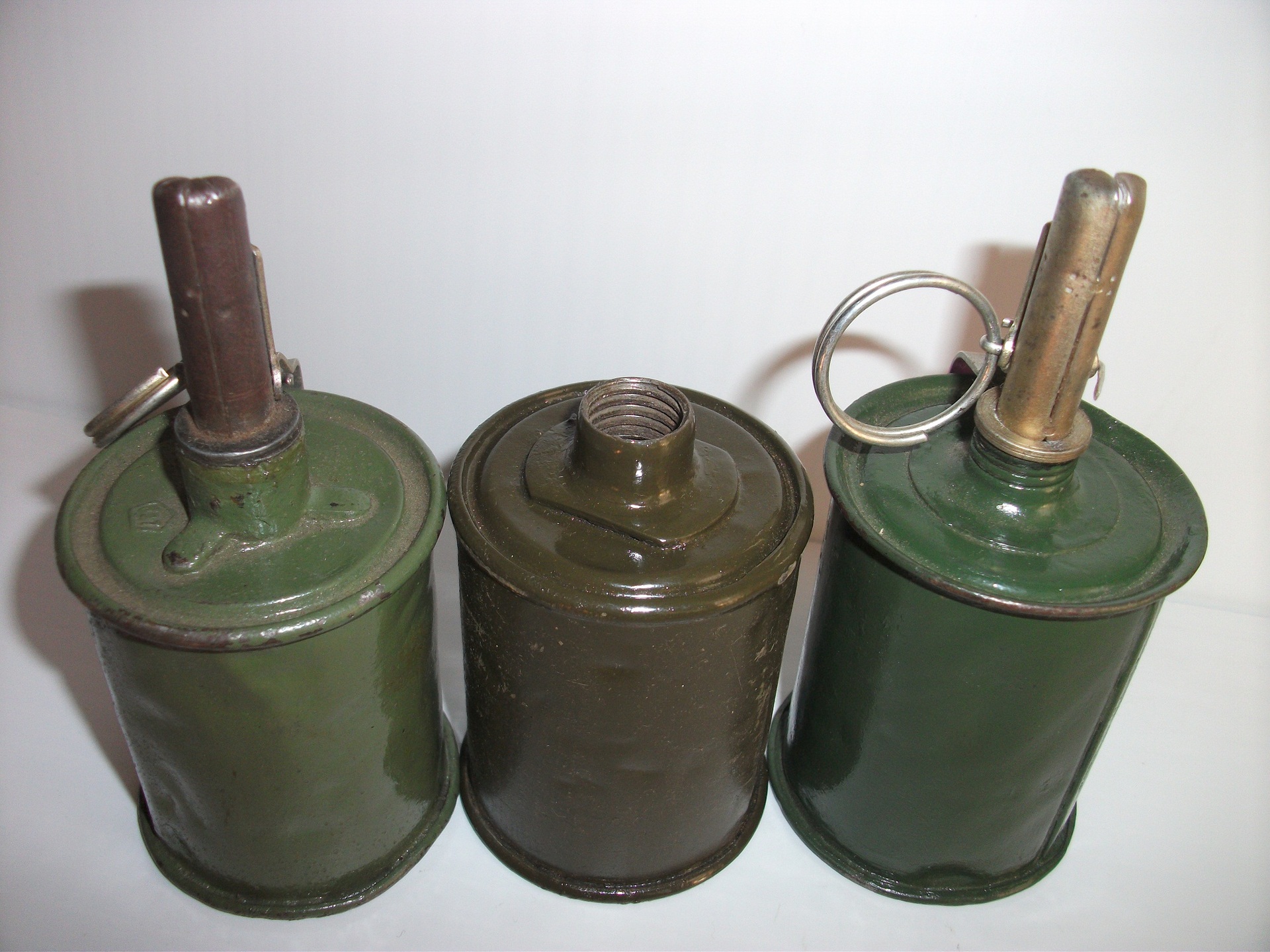 Housing grenades made of metal. In the upper housing cover has an opening, in which the fixed tube is threaded for screwing the fuse. inside the case, walls have taken several turns of the steel strip. The tape has a notch and is intended to form the explosion fragments. With the explosion it forms a light fragments and promotes fragmentation body.

The internal volume of the grenade is filled with explosive charge. UZRGM fuse designed to blow up a grenade through 3,2-4,2 seconds after throwing. 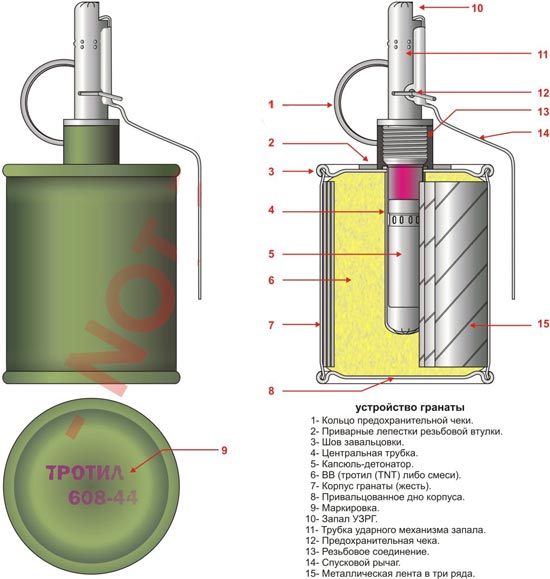 RG-42 has been designed for universal remote ignition system EM UZRG Vitseni, now available with fuse UZRGM (UZRGM-2). Ignitor casing is made of metal. It is the trigger mechanism. Inside the case is fixed washer, directing traffic drummer. On the fuse body worn threaded sleeve, by means of which is screwed into the grenade fuse. The sleeve is fixed at Pomeau- soup projection, the incoming part of the groove fuse housing. Blasting cap by a thread screwed into the fuse body. The detonator has a metallic housing, inside of which the primer, retardant powder and detonator cap.

In the service outstanding drummer loaded mainspring and fixed safety lever fork, meshing with its shank. Action spring abuts against the upper end of the guide washer body, and the lower washer to the firing pin. 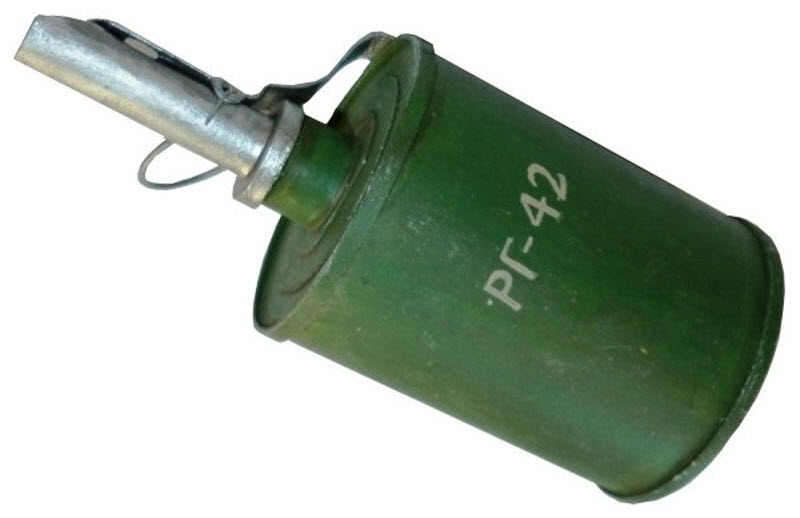 The safety lever is fixed by means of a safety pin checks, passing through the openings of lugs of the lever and the shell holes zapala.Posle removing safety checks hand lever is held. At the time of the throw, under the action of spring lever rotates and releases the hammer. Drummer under the action of mainspring prick primer, a ray of fire from which is sent to a moderator, and after burn retardant in charge detonator, that leads to an explosion of the charge grenades.

China has made a copy of the RG-42 under the designation "Type 42".

The radius of continuous defeat to 5 m